It seems that these guys have gained a bit of popularity with the recent release of Generations Scoop. (who is a great figure by the way) Who just happened to be the only one of the three that I didn't have as a kid. These are smaller than the other targetmasters, who are closer to large deluxe size/voyagers. These I would put at scout size, a little bigger maybe. All three of them come with two Targetmasters each.

Landfill is pretty simple to transform, the way the arms are revealed is the only different sort of bit to it. He comes packaged with Flintlock and Silencer 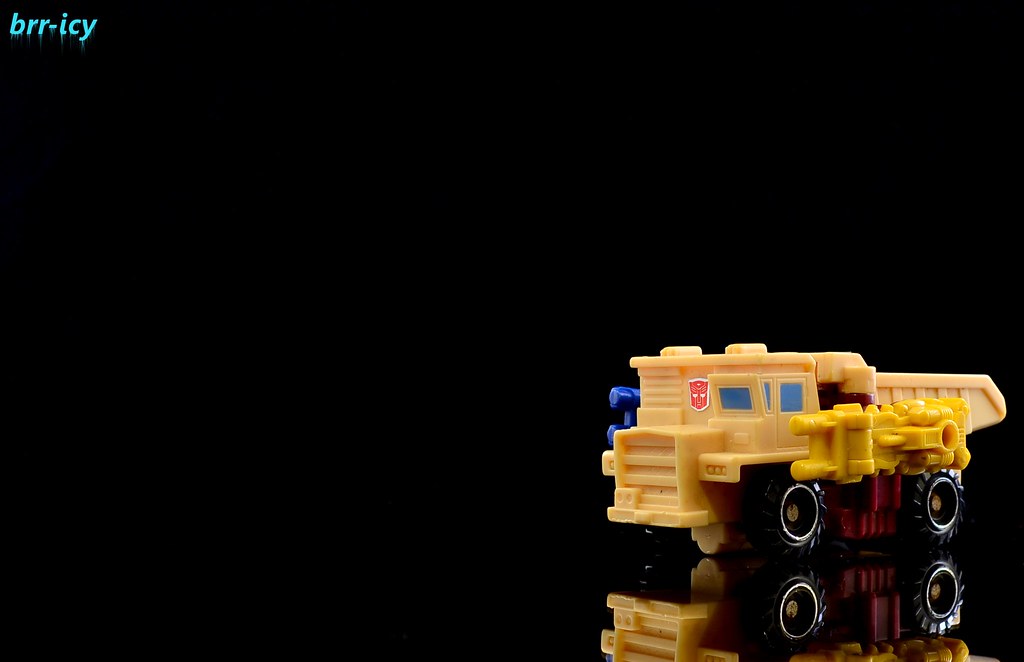 I like how many configurations they give for the weapons, and that you can mount them on the vehicle mode or stack them on top of each other to make a double high weapon. Landfill came from my first G1 collection. Pretty sure from L. 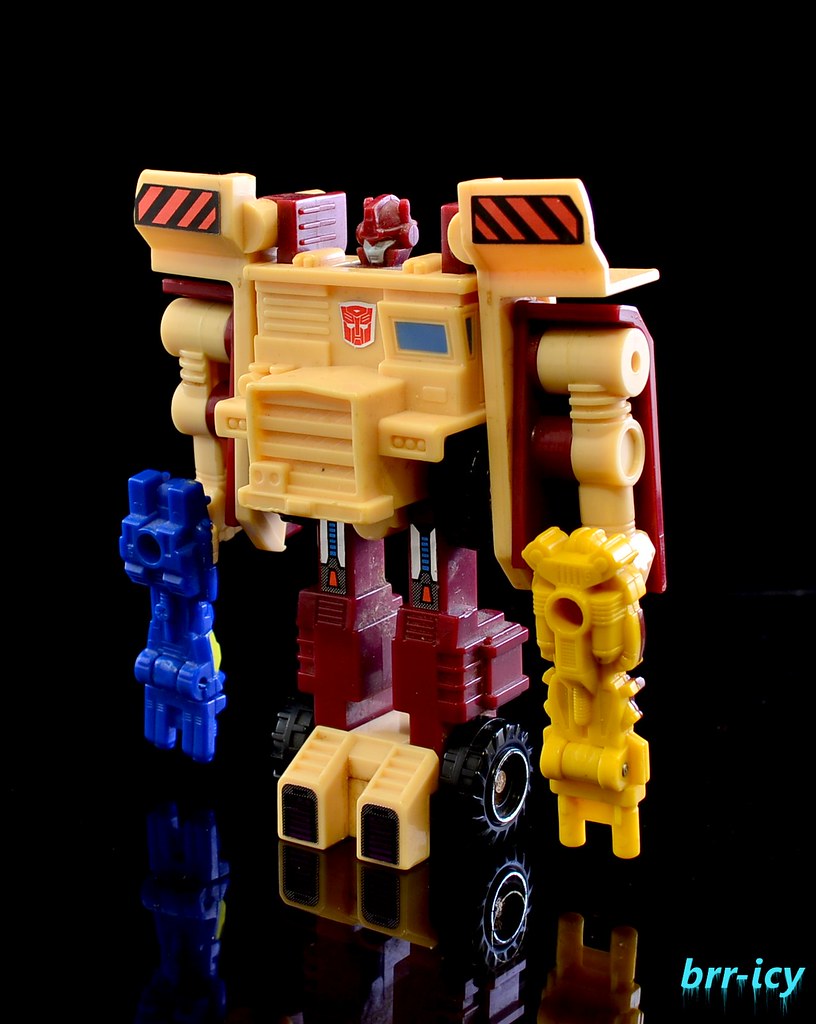 Quickmix was the second one I picked up. I got him from the UK last year, his weapons I picked up on the boards, which are Boomber and Ricochet. 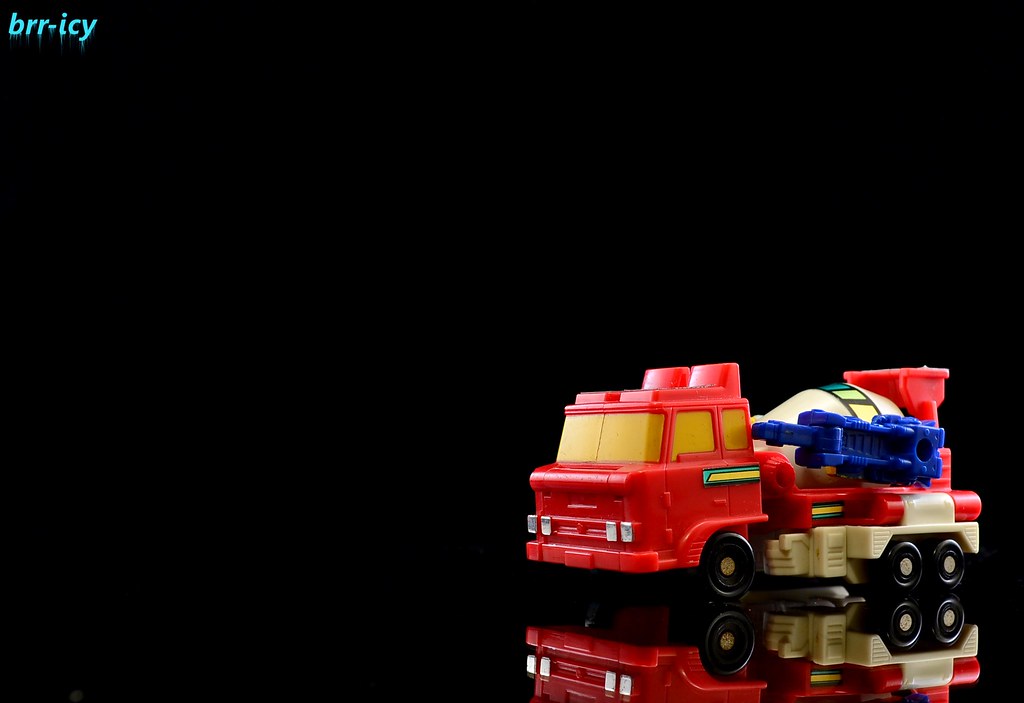 I really like how they did the barrel to chest transformation with the spring loaded head. It really cuts down on what would be a pretty big backpack (like Mixmaster) and keeps his transformation fresh. 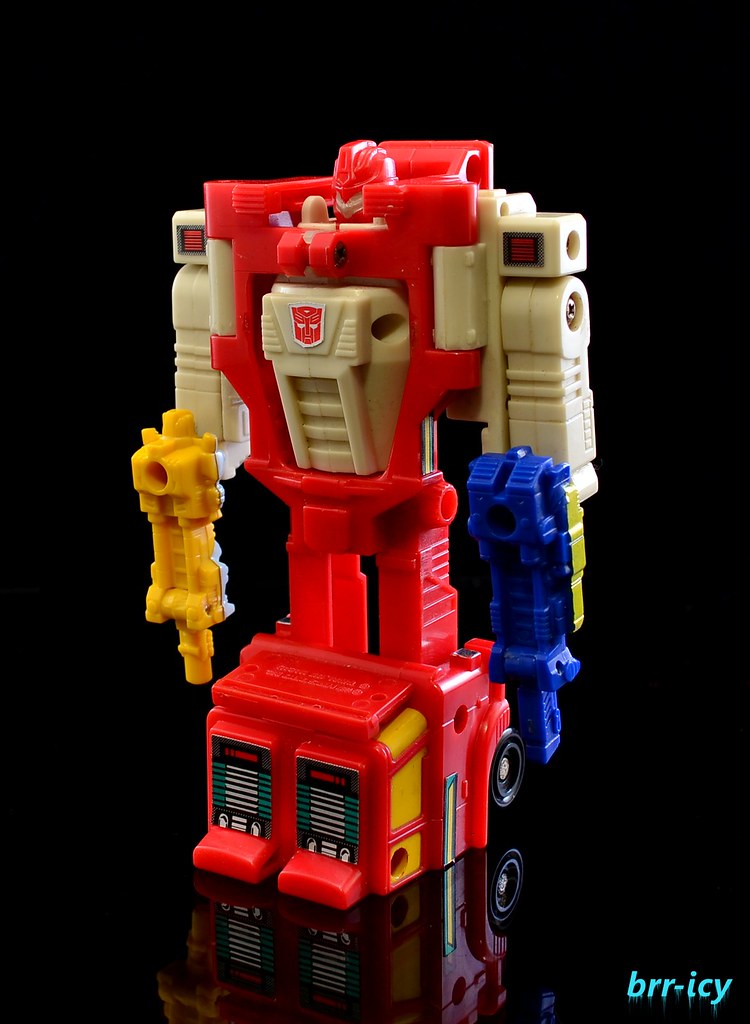 Finally Scoop, who came with Holepunch and Tracer. His loading bucket is articulated, which is the most playability from their alt modes as you get. 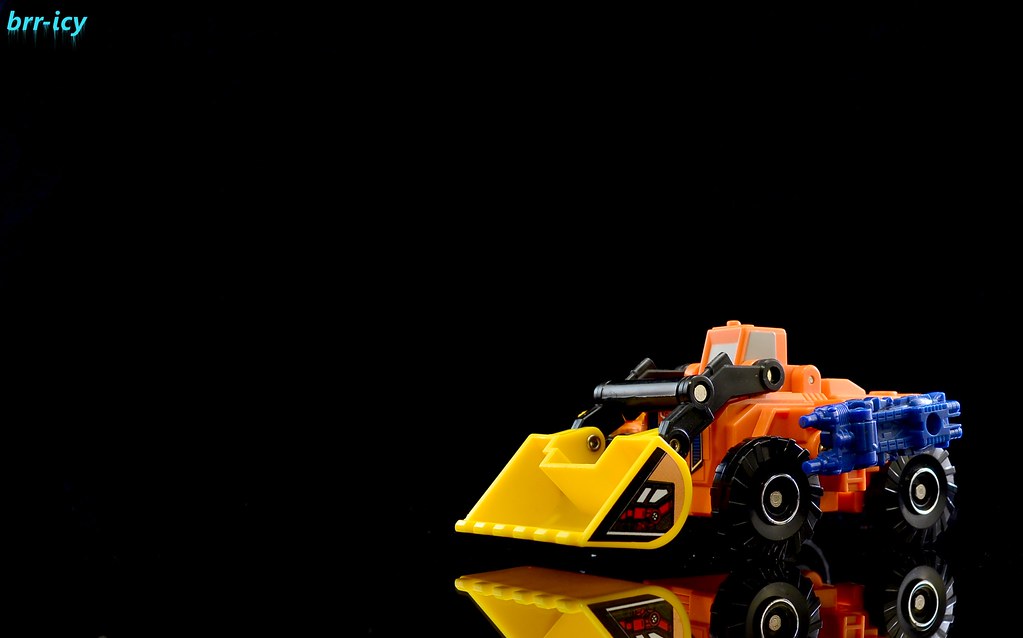 What I really like is that they basically kept the transformation for the Generations figure from the G1. there's a couple extra steps like the feet and chest plate, but overall, it's the same. 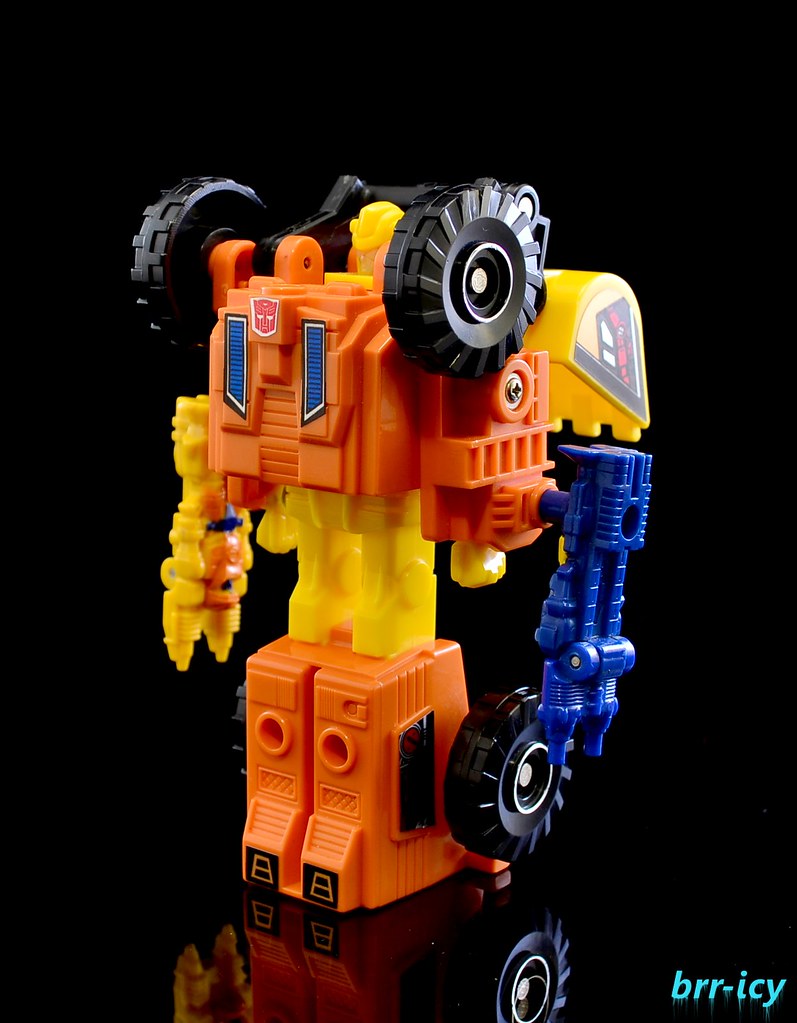 And just because we can, here's a couple gratuitous pics of the generations figure:

If you have a chance to pick these guys up, I would recommend them, they are a pretty neat set, and the targetmasters aren't half bad, a little on the brickish side, but that's ok.
Posted by Brr-icy at 22:37