These guys don't get a lot of love, probably because of the drastic change in style between the 1984/85 Diaclone/Microman/etc. reuses and Hasbro's first in house offerings. Springer is in the pic, but I already covered him here. 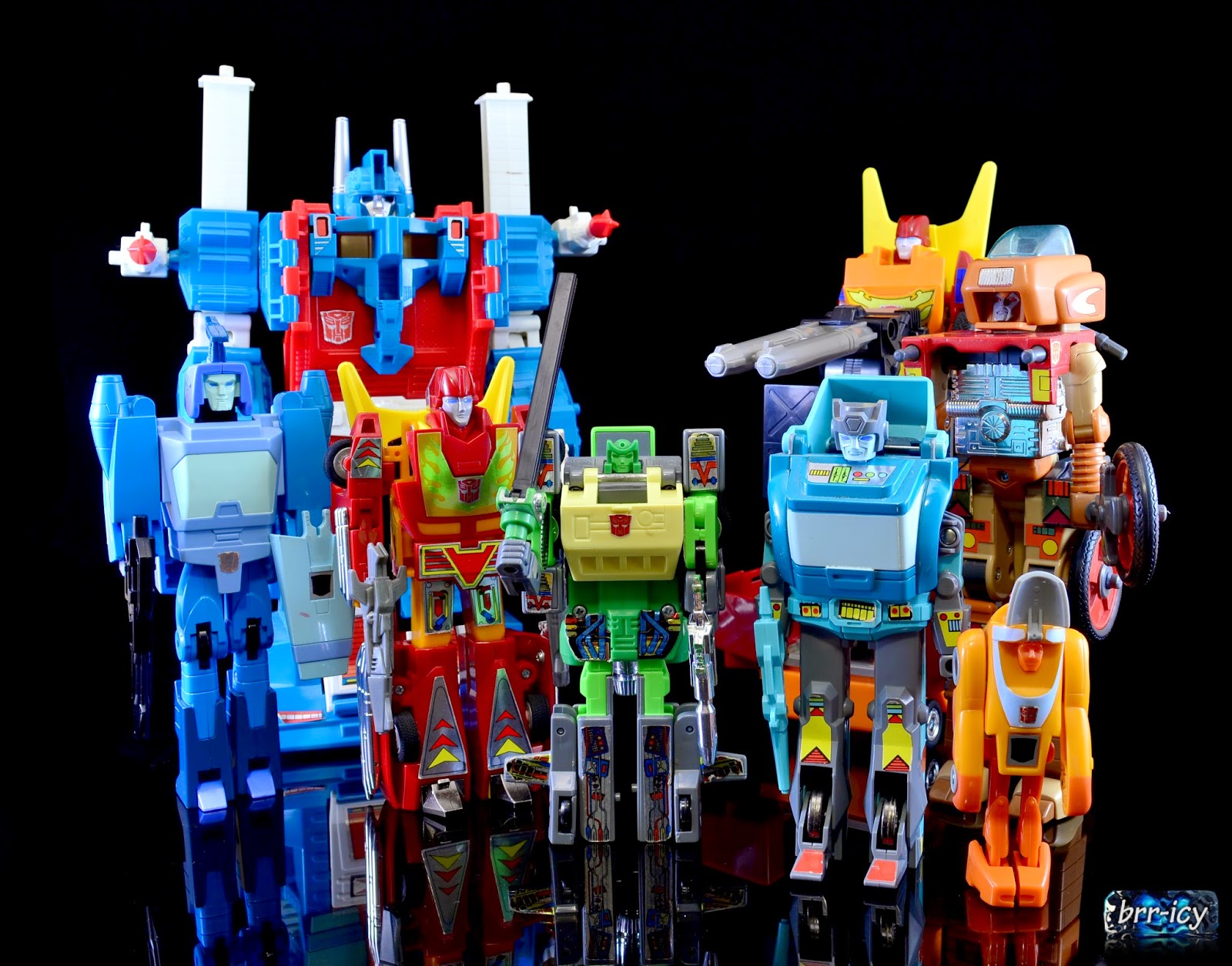 So without further ado, we'll start with the worst of the bunch to get him out of the way. Wheelie. This toy is pretty bad in bot mode, the car mode however, is very well done and matches the movie perfectly. 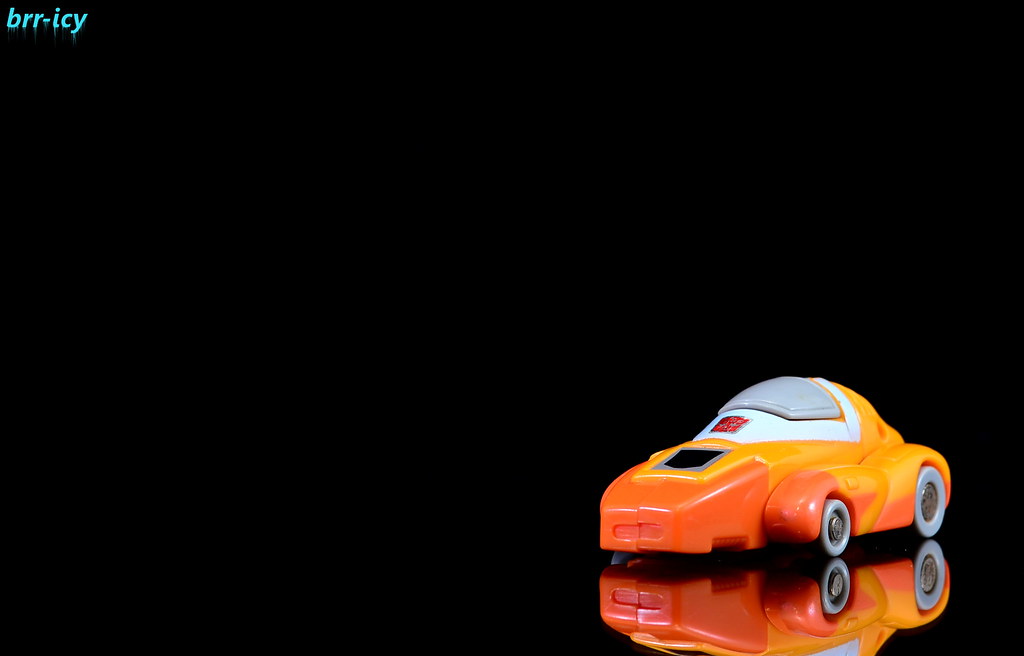 This is where I meant this guy looks terrible in bot mode, for some reason, they put his face in his chest and his legs are super skinny. Don't ask me where I got him, I think it might have been from V 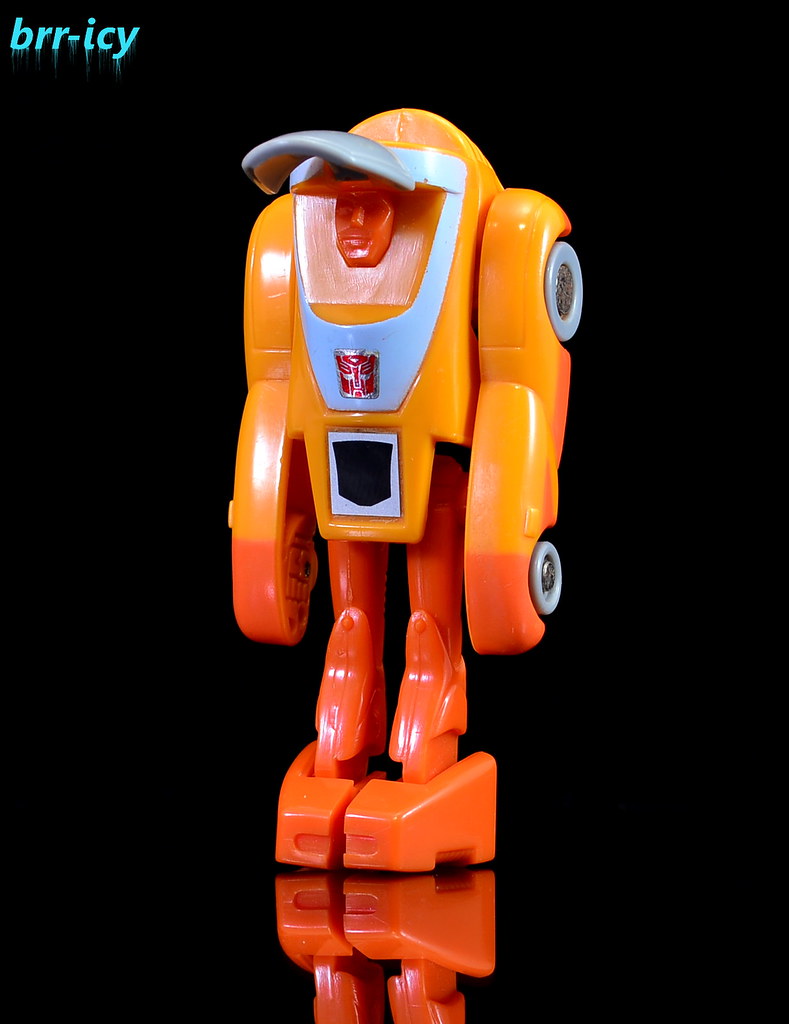 Now onto something a little nicer. Blurr, I thought it was neat that they got the head antenna to double as the car's. In car mode, he's pretty accurate. The only thing is the legs underneath that he rolls on instead of floating, but toys can't float without heavy electronics, so I'll give him a pass. I picked him up from Megatoyfan. 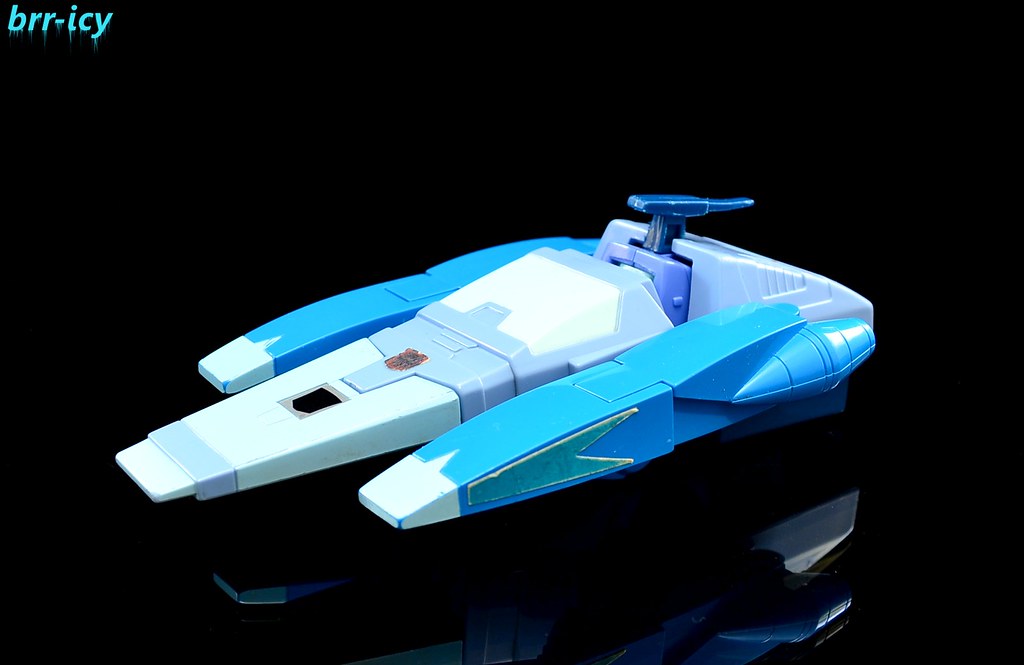 In bot mode, he's pretty rigid, There's knee and shoulder joints, but other than for aiming his gun, they're useless. The transformation is kind of interesting as he arm parts slide out then swing back to make the back half of his arms. The front of the car becomes a shield for him. 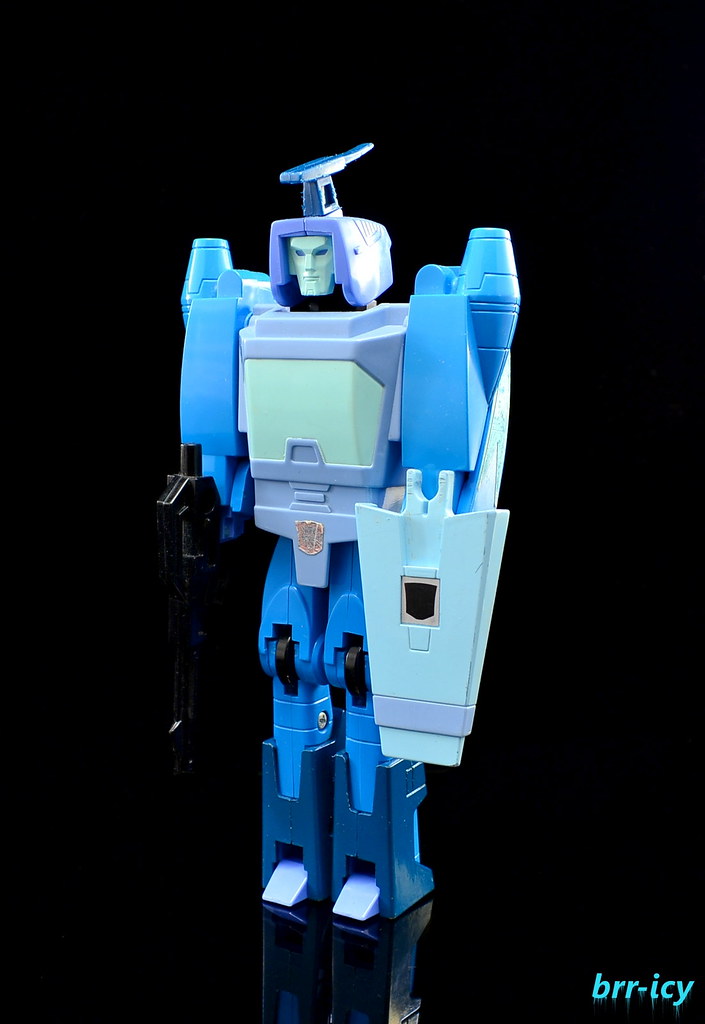 Hot Rod was the main character they were trying to sell, along with his "upgraded" version. His car mode is pretty slick with nice rubber tires, chrome engine, and clear windshield. He was one of my favorites as a kid. Him and Rodimus Prime I got on Cybertron.ca 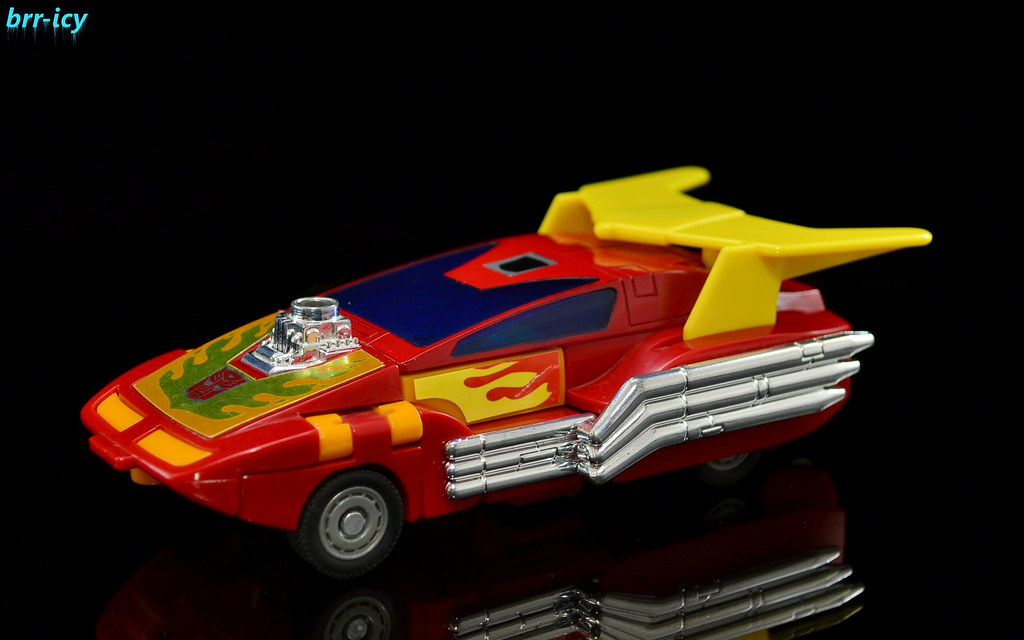 His transformation has a few neat bits, like how his head and chest rotate around. 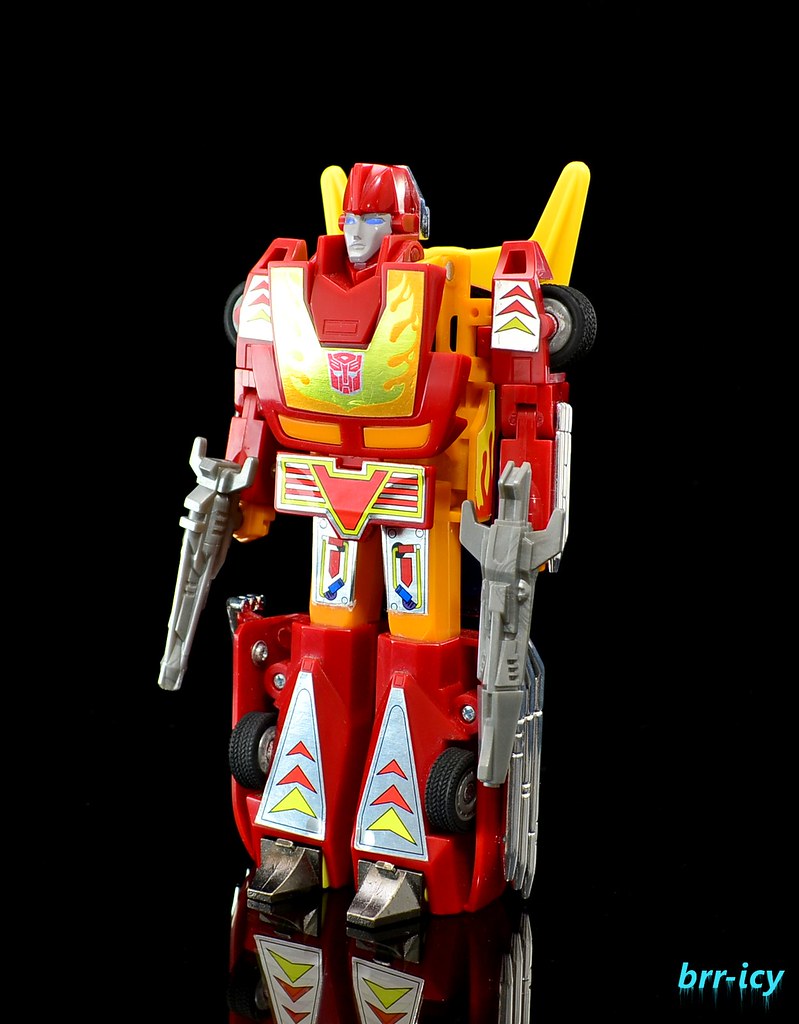 His "upgrade" in the movie didn't translate to an upgrade with the toy unfortunately. The space Winnebago is cool, but the bot mode and transformation really suffer. 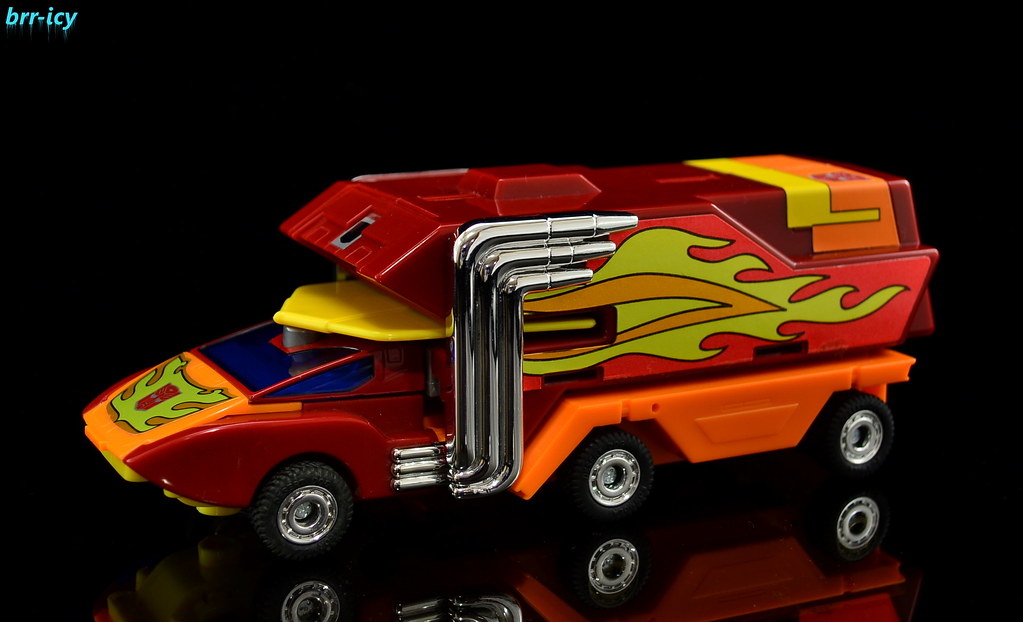 To transform him, you pull the body out of the trailer, pop off the spoiler, flip out the feet, and spin the chest part around. Pretty bad, even for G1 standards. His trailer becomes a gun platform. 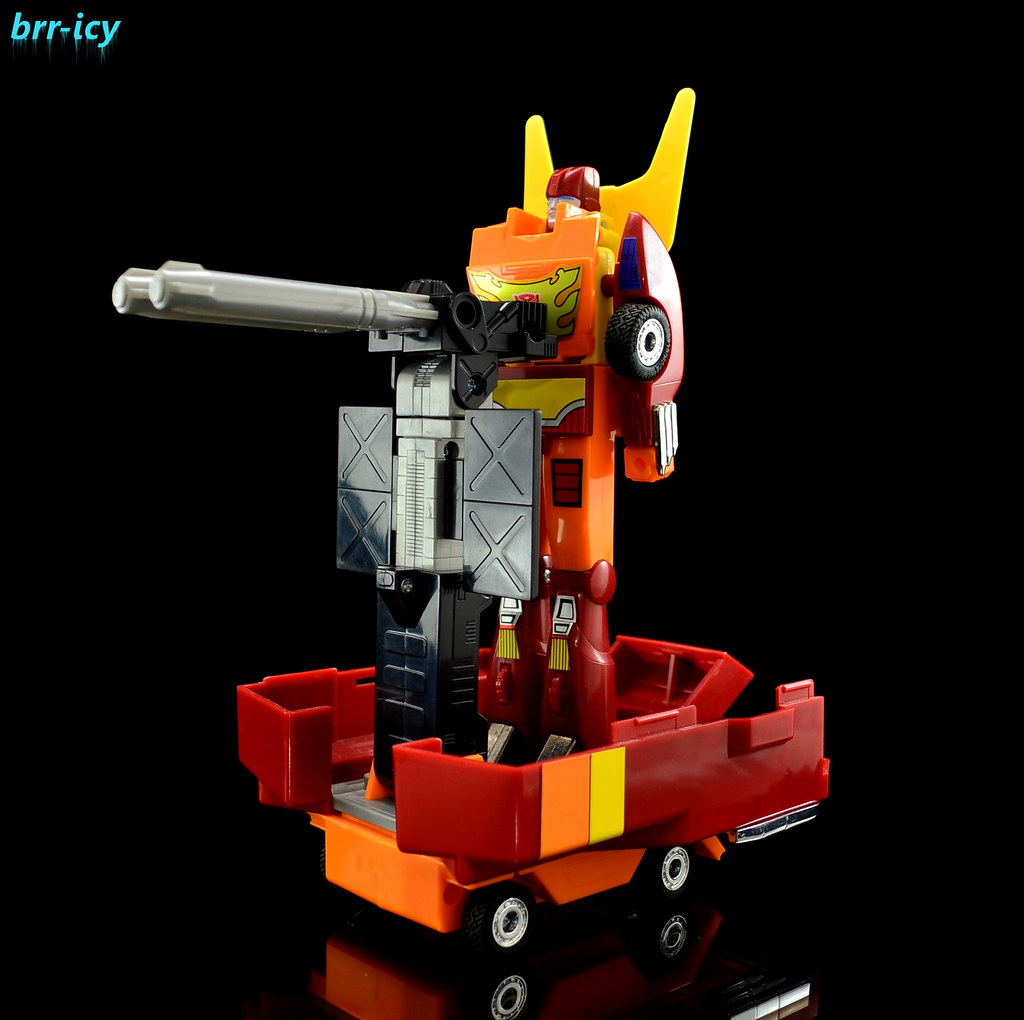 Wreck Gar isn't the prettiest of them, but he does have a cool bike mode, other than Groove, he's the first bike Transformer. He manages to pull it off pretty well. Yet another Megatoyfan pick up. 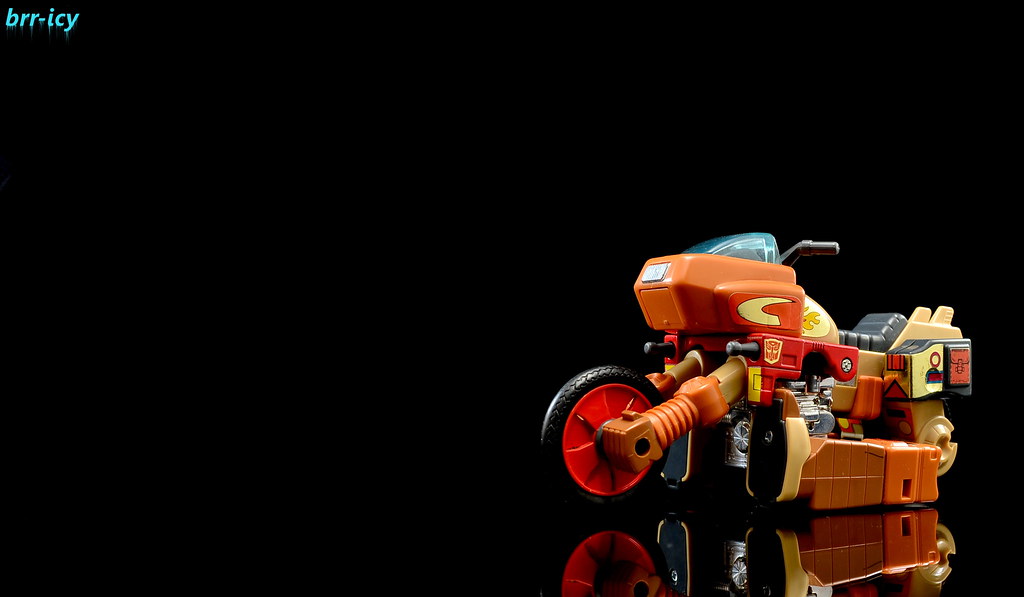 The odd looking non symmetrical bot mode is neat, and having the head hidden inside the front cowl was an interesting choice, besides, where else will you get a Monty Python transformer? 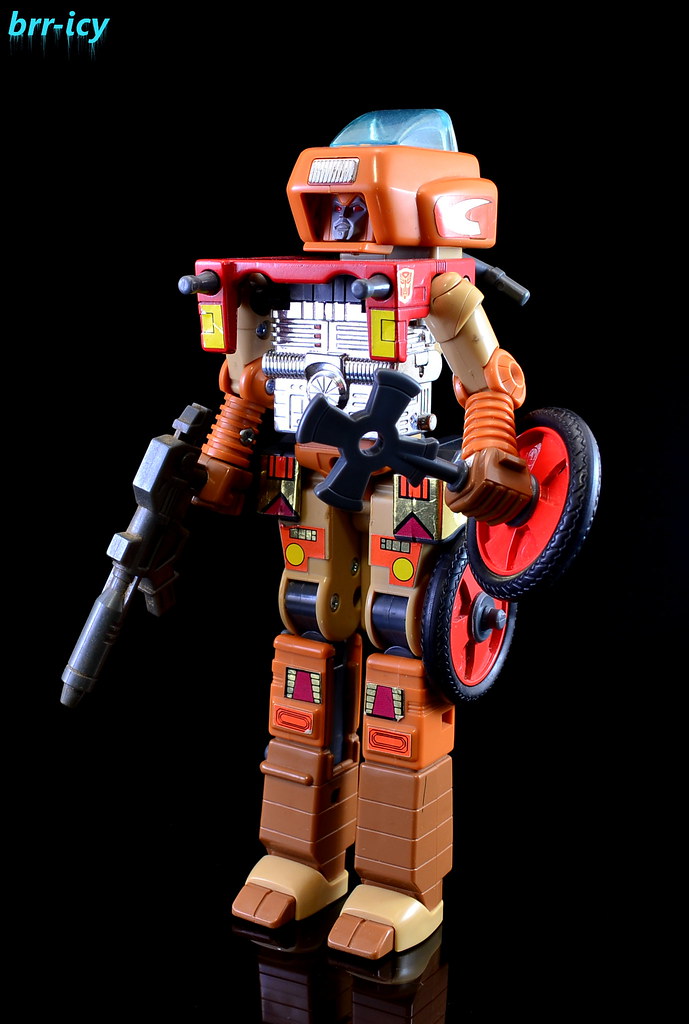 Kup gets a bad rap, but he's actually by far my favorite of the original Movie designs, and is pretty much bang on for accuracy. The truck mode has no kibble whatsoever. I got this one in a lot a while ago from a local friend. 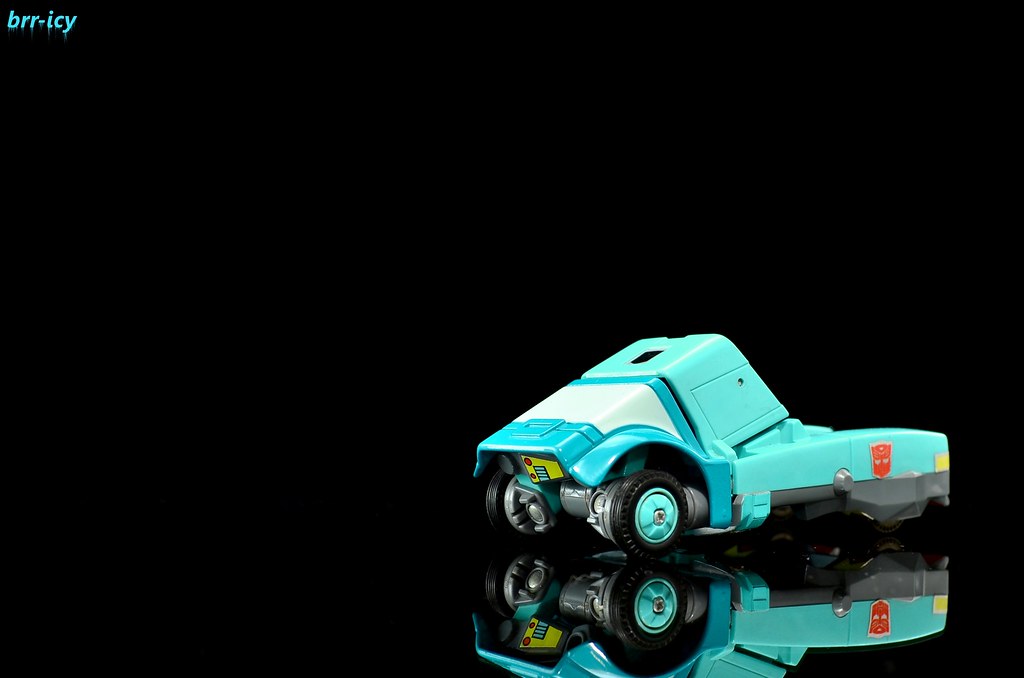 His bot mode is also very accurate and kibble-less. not much for poseability, but in looks, perfect. He's also the one I see mistransformed the most with the legs not slid together. 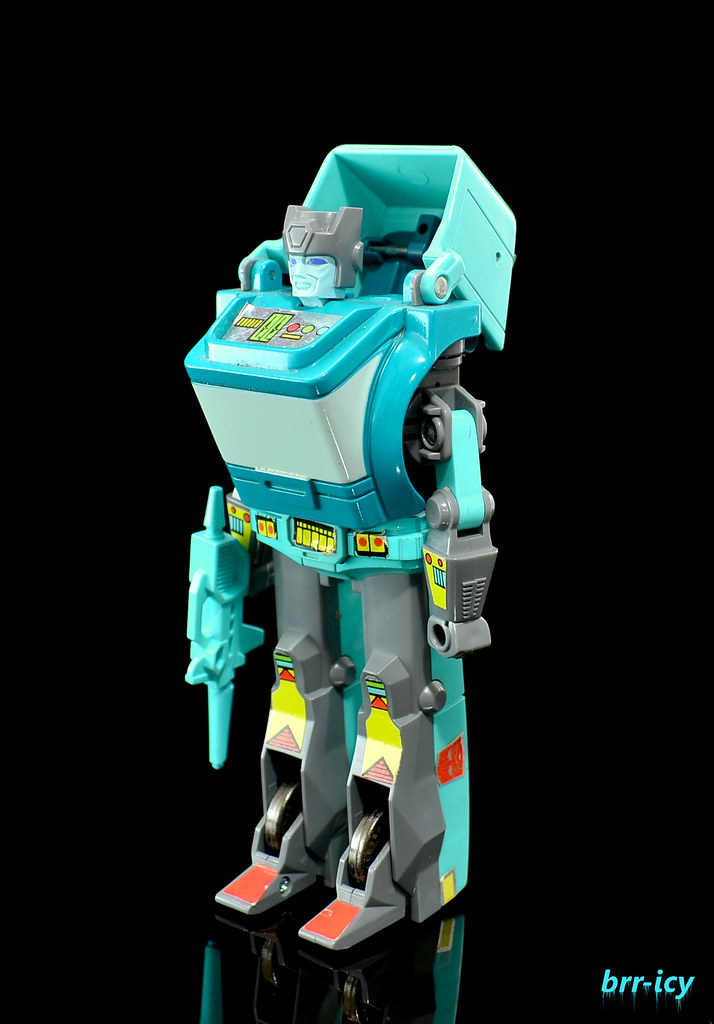 Last, but not least, Ultra Magnus. He is the only Movie released bot that was previously from Diaclone, being a redeco of Powered Convoy. Some of the movie pre production animation still has the Diaclone colours. He can carry about four of the original cars. I got this guy in one of the local huge lots I picked up. 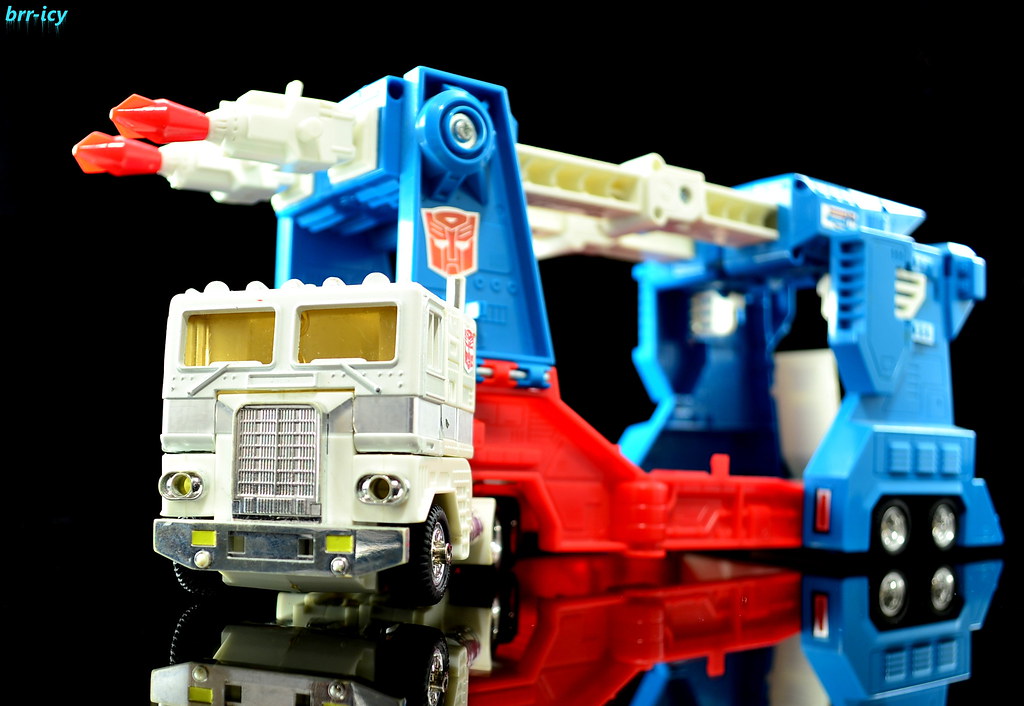 His cab is just a white version of Optimus. Still a neat add on for play, I used the inner bot as the hate plague proof Prime from the cartoon as a kid. 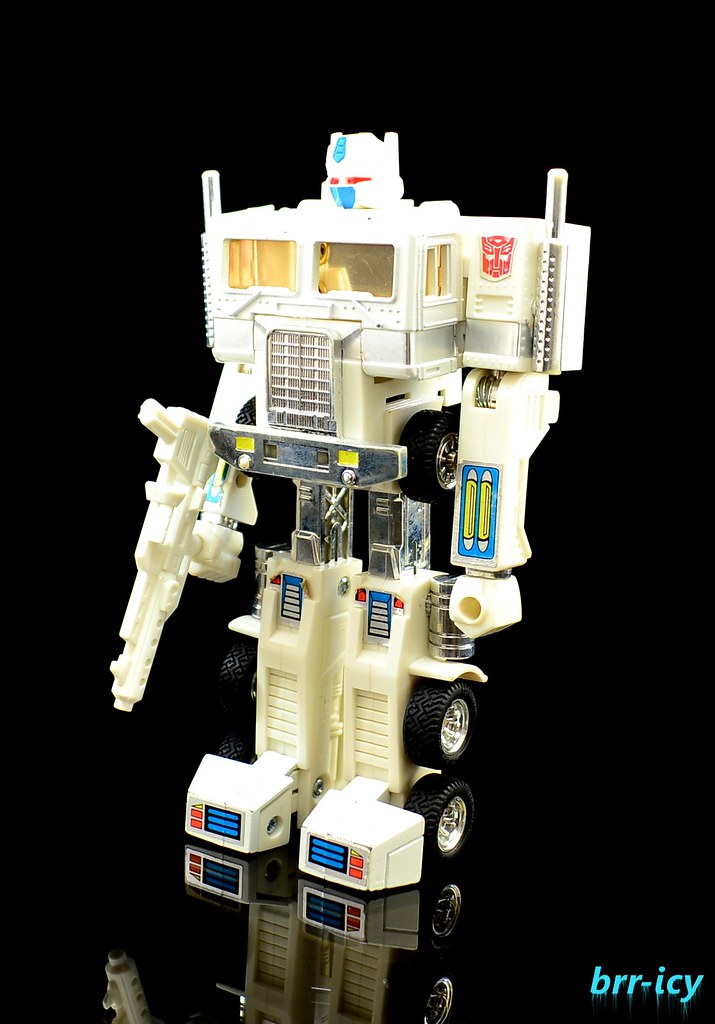 He combines with his trailer to become a super robot. The first transformer release that combined with anything other than a few other bots. He's pretty impressive in size. A bit of a parts former with the fists, head, etc. but pretty cool. 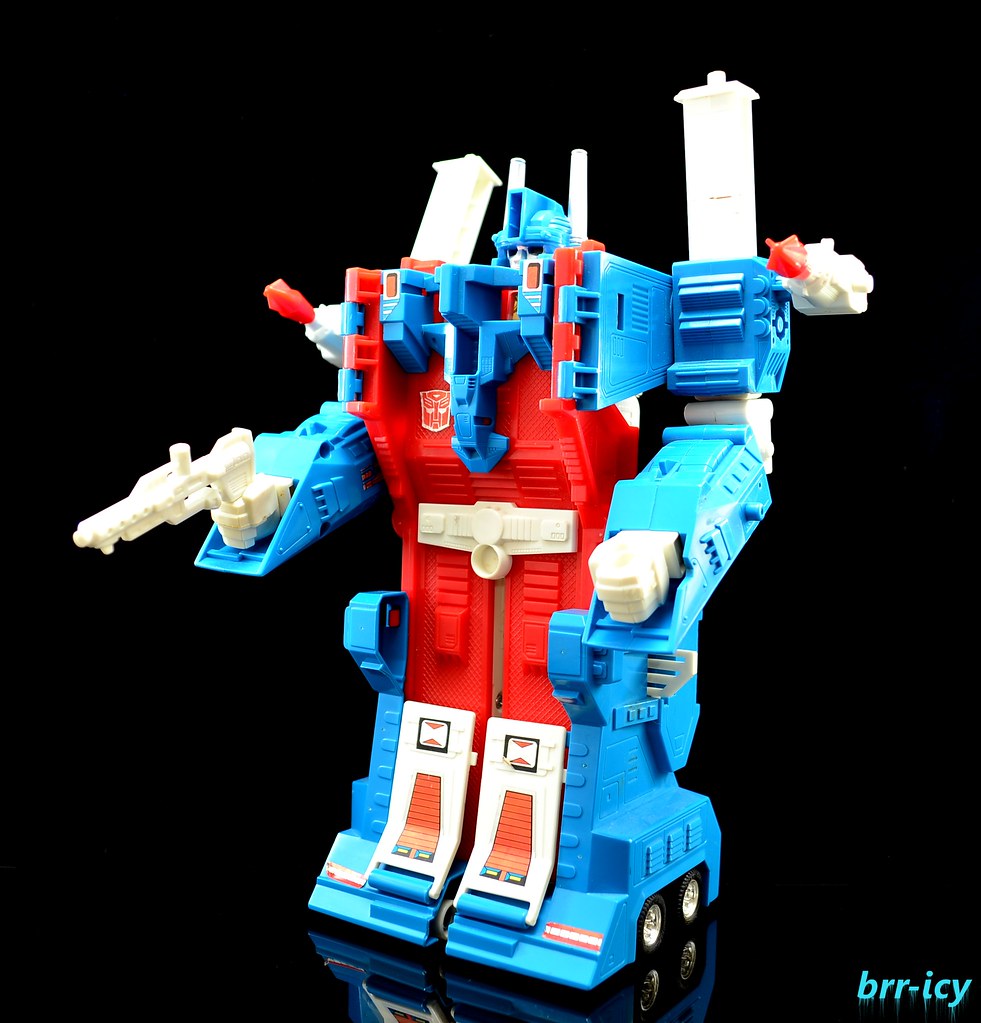 Debated adding Perceptor in here since he was featured so heavily in the movie, but I'll save him for later.
Posted by Brr-icy at 12:02