This guy arrived today from a friend. I am pretty pleased with it, very nice condition inside and out of the box. He's a heavy remold of Sixshot. 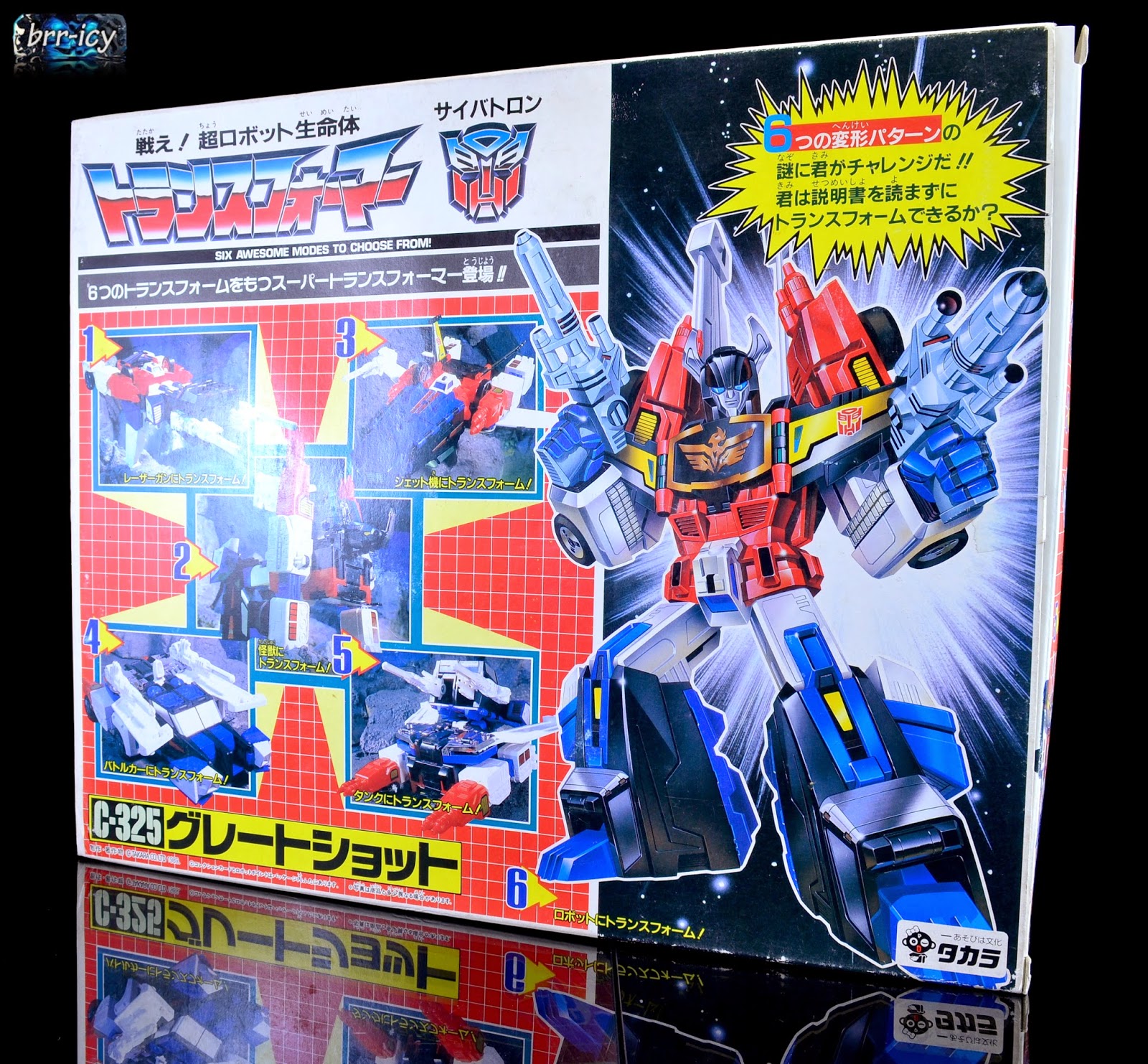 The box art is gorgeous, I really like it. The colours are very bright and vibrant on it. On the back it has the Victory scene and all of the modes. 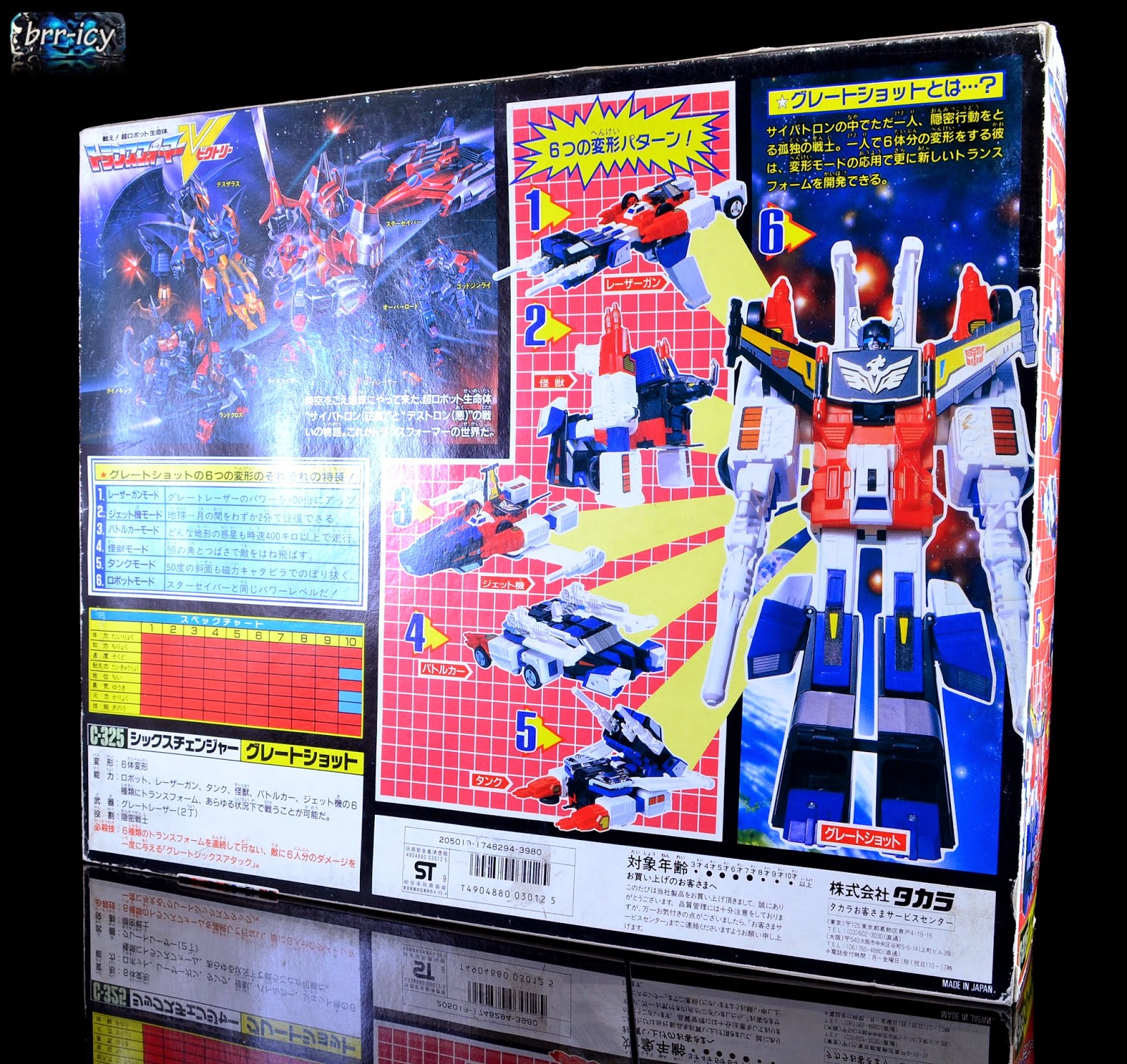 Inside the box he's nestled nicely in his foam, all paperwork is present. 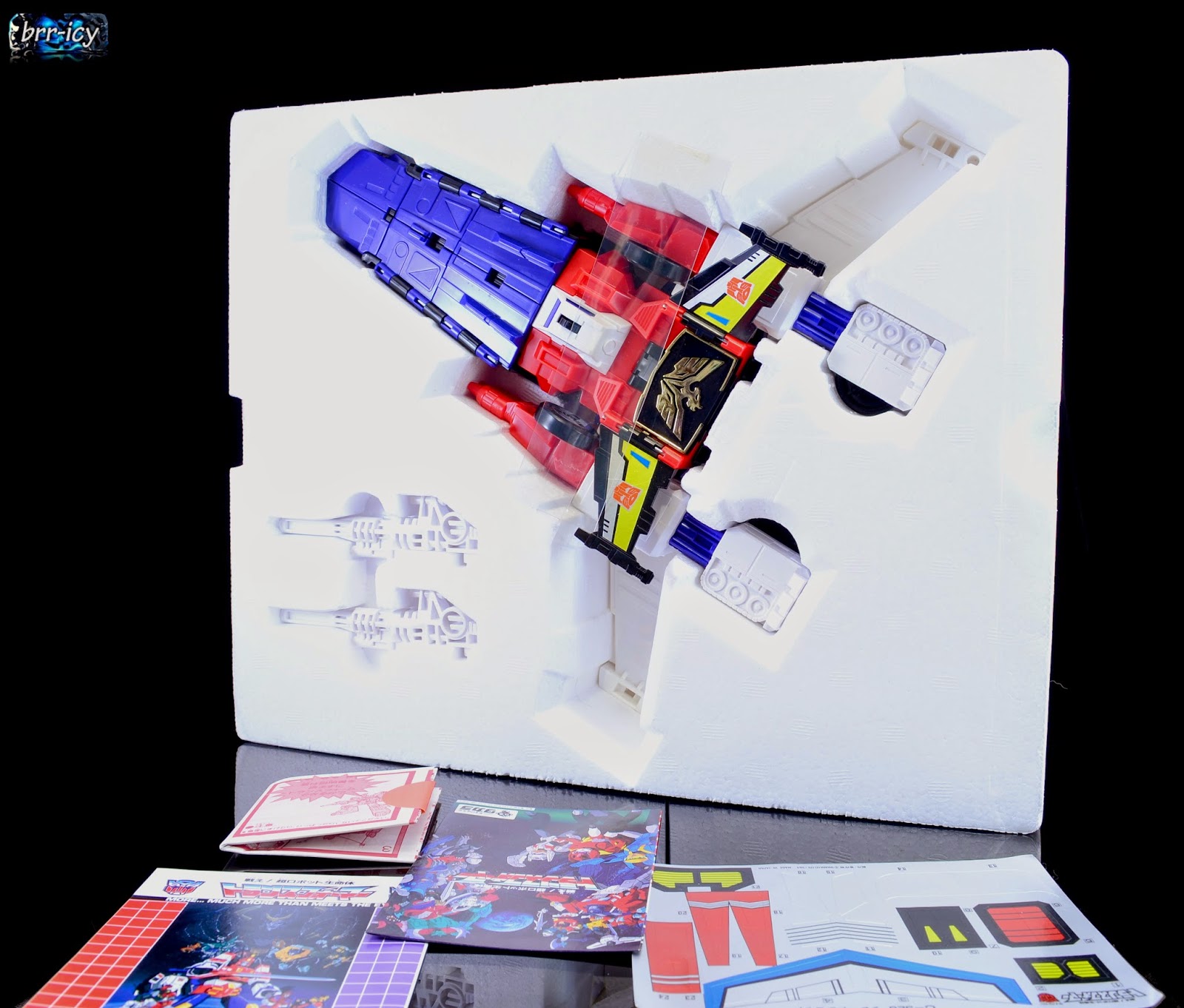 Speaking of paperwork, the instructions have a sticker on them, maybe so the kids would learn on their own how to transform him? This one's stilll sealed. 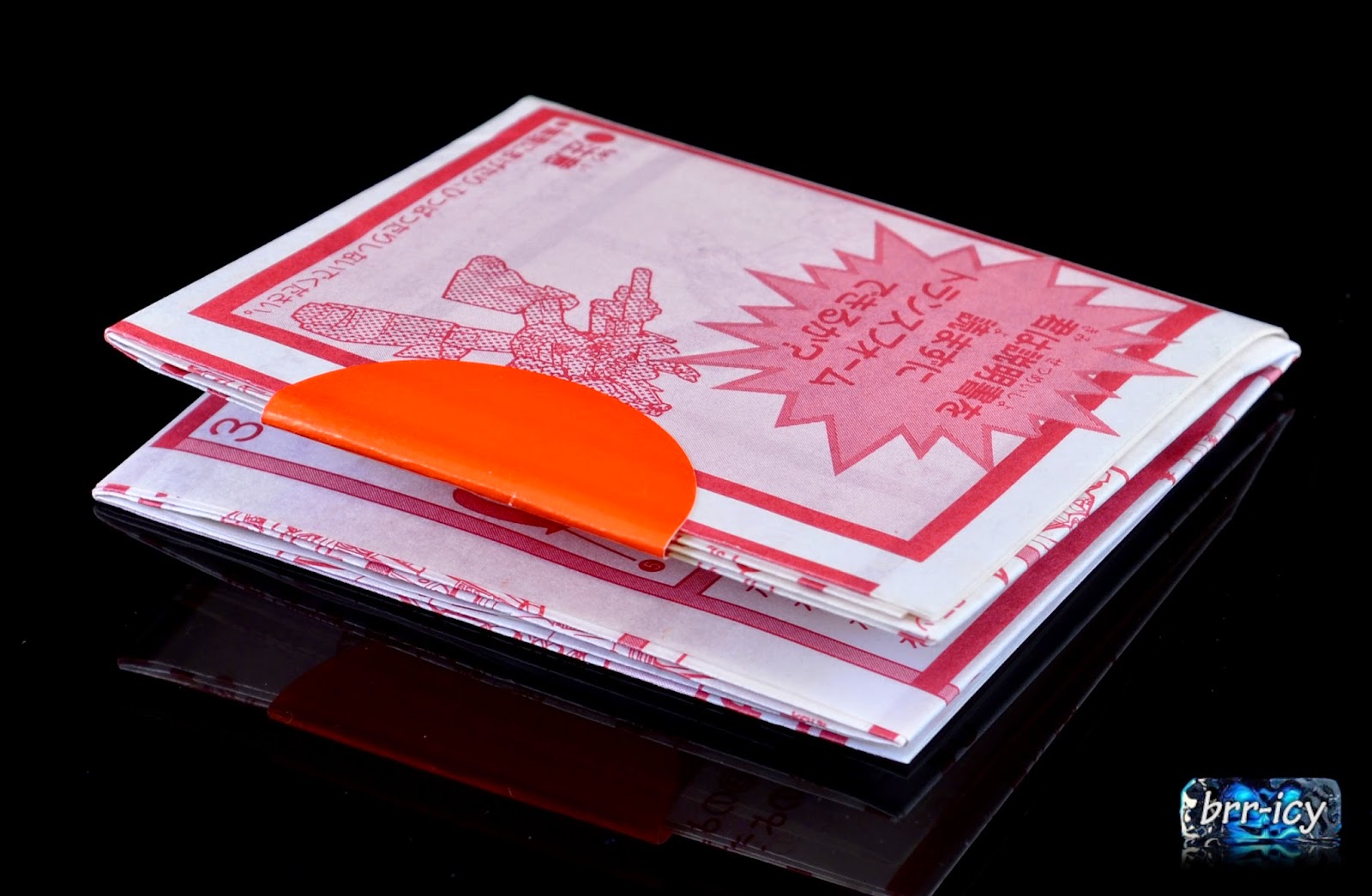 Now onto the toy itself. In jet mode, he's pretty large, overall I'd say he's a leader class, I love the jet mode of this mold. The added guns on the sides for Greatshot really add to the look of it. 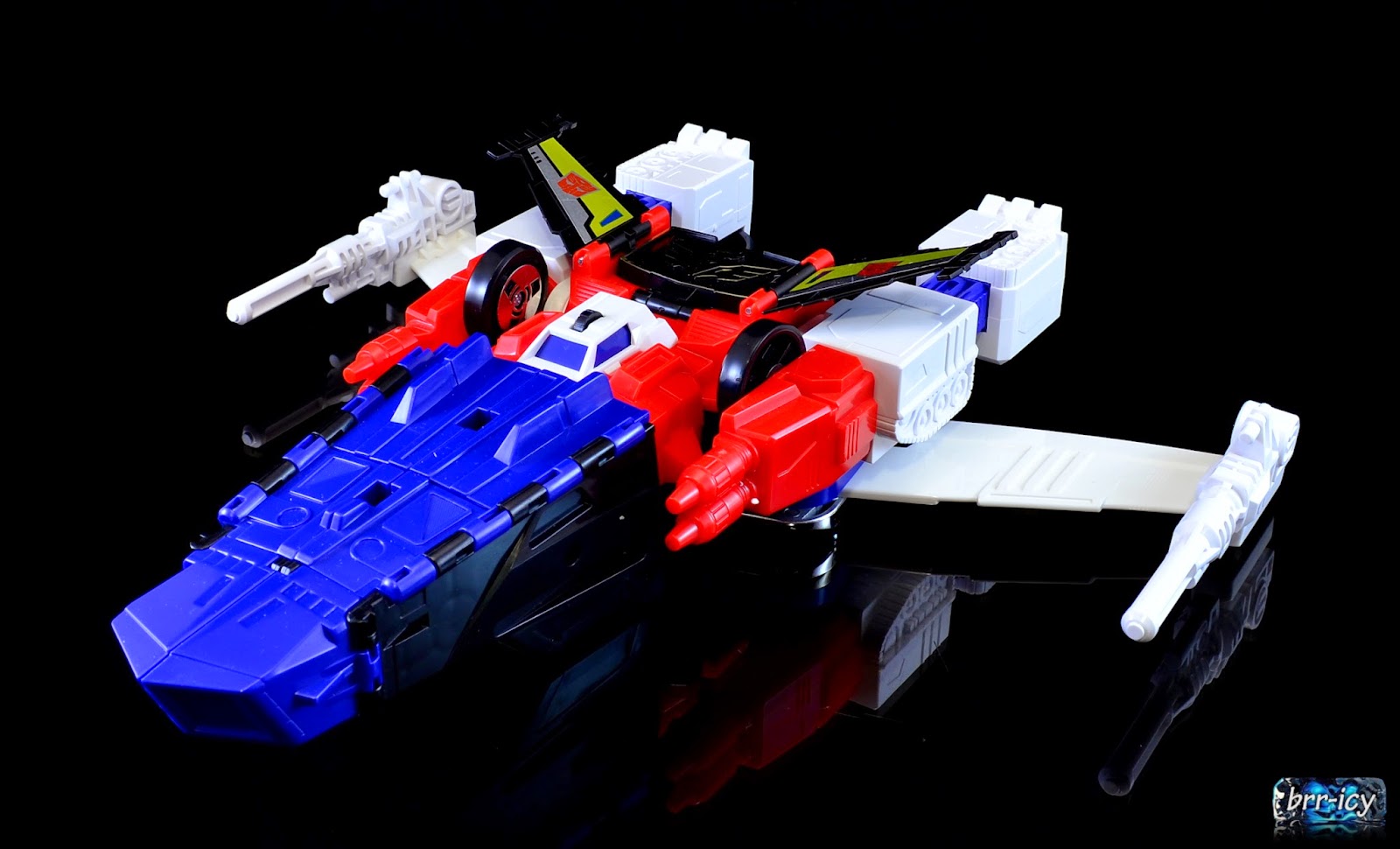 The tank mode loses it's little cockpit that Sixshot has, but the red guns also add to it nicely. 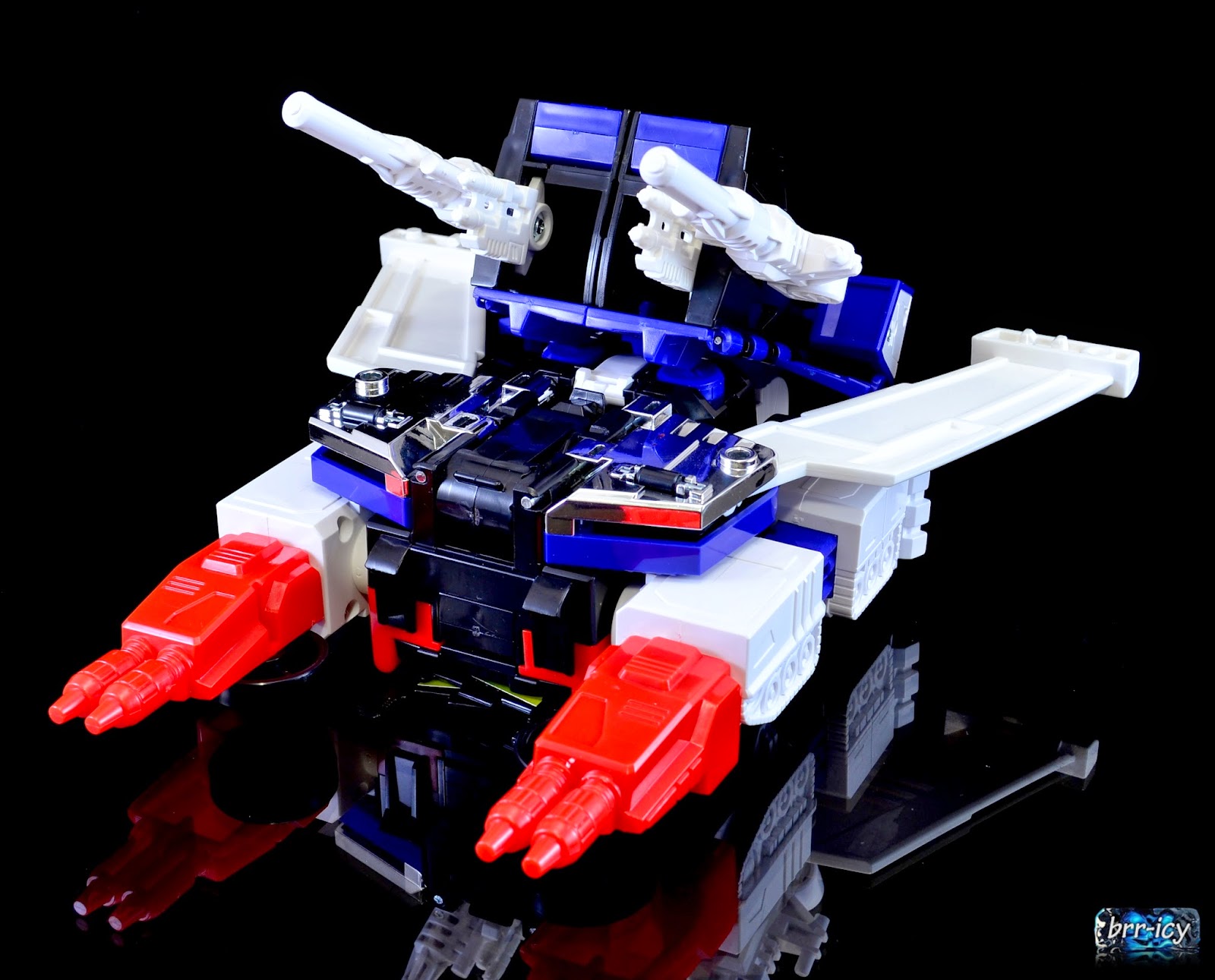 The rhino mode is the first of the majorly remolded modes. Gaining an all new head mold and the shoulders. I like the look of the chrome horn. 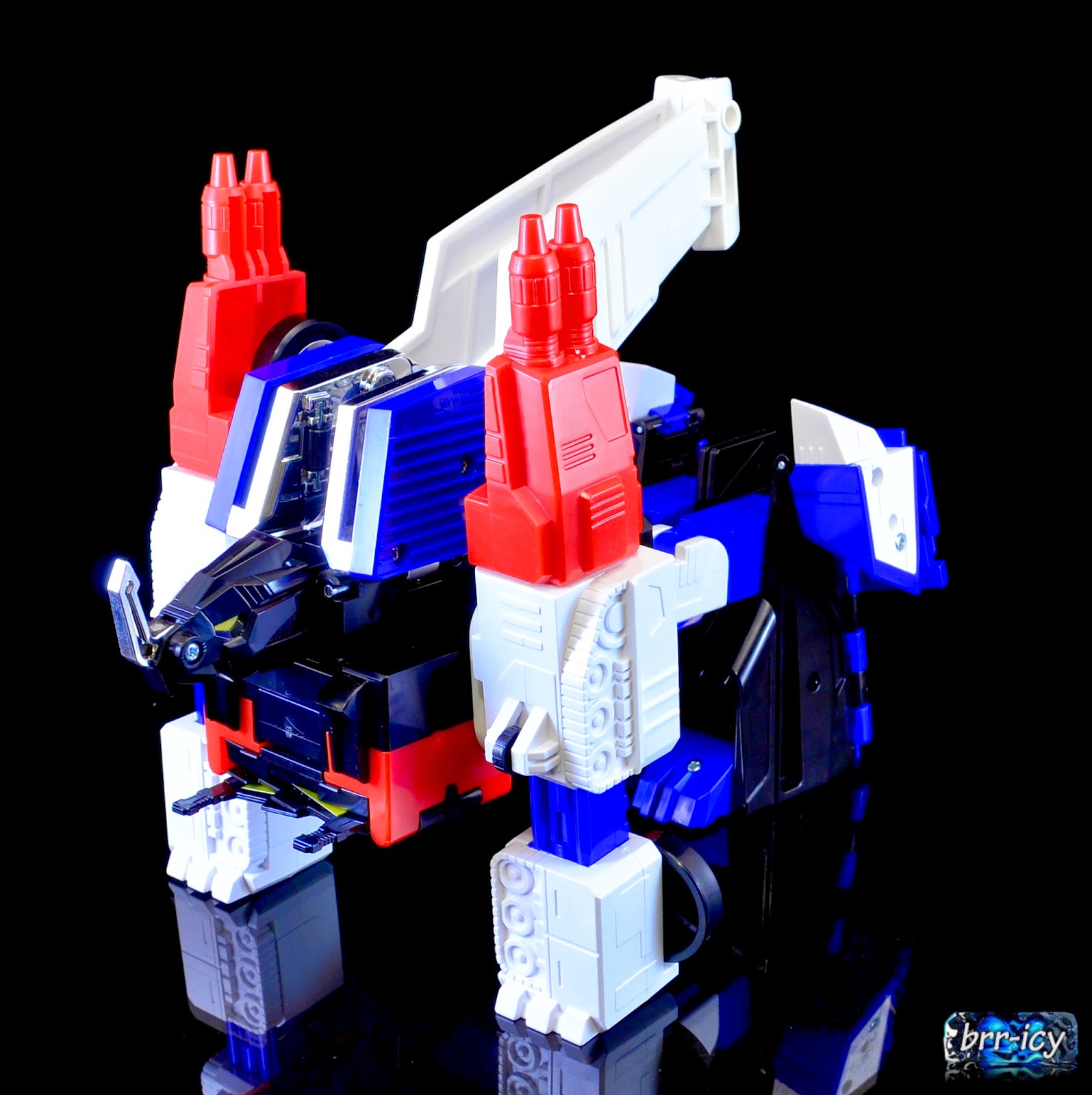 Close up of the Rhino head, you can see the horn can fold up onto the forehead so it stashes nicely in alt mode. 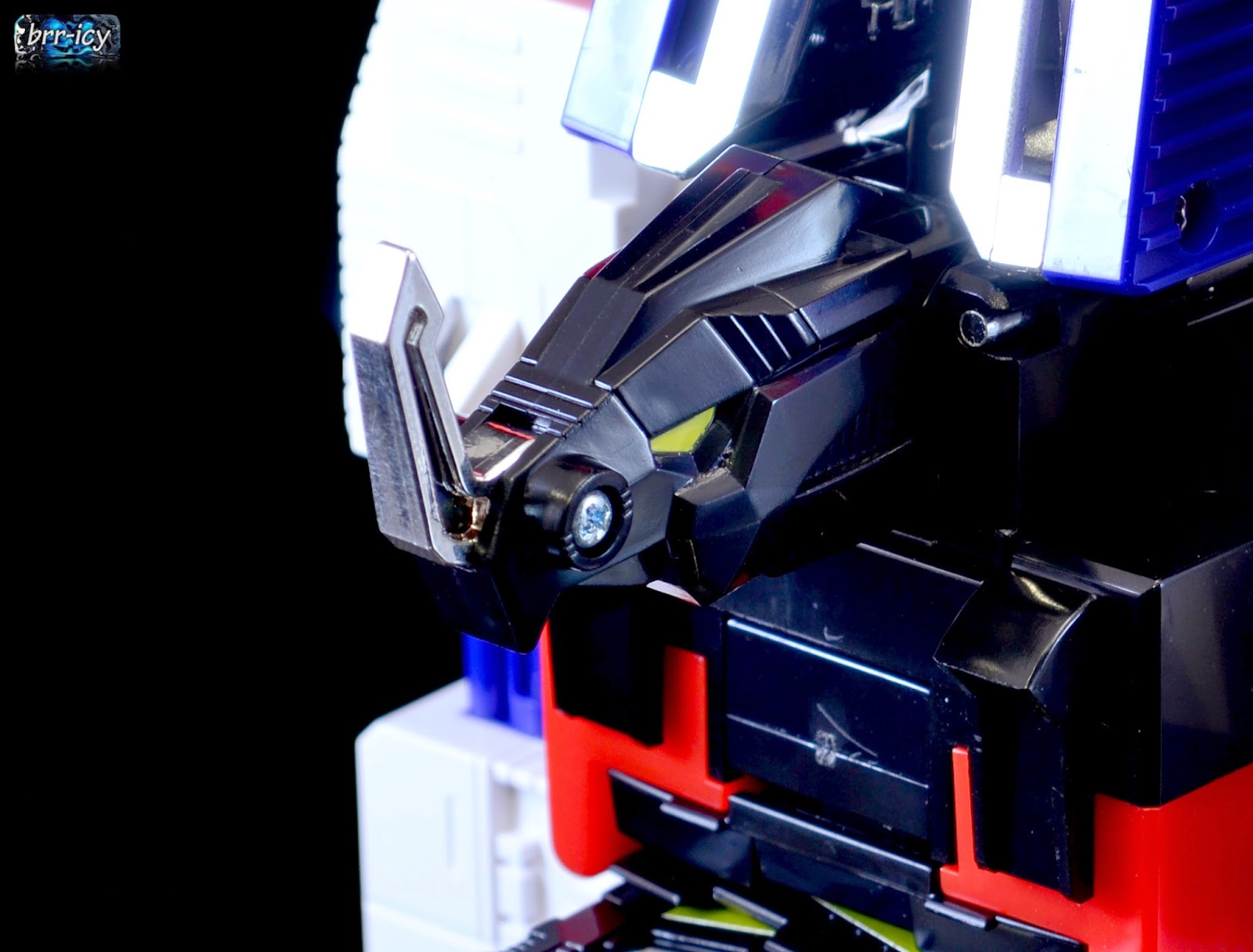 In car mode, he's almost the same as Sixshot. 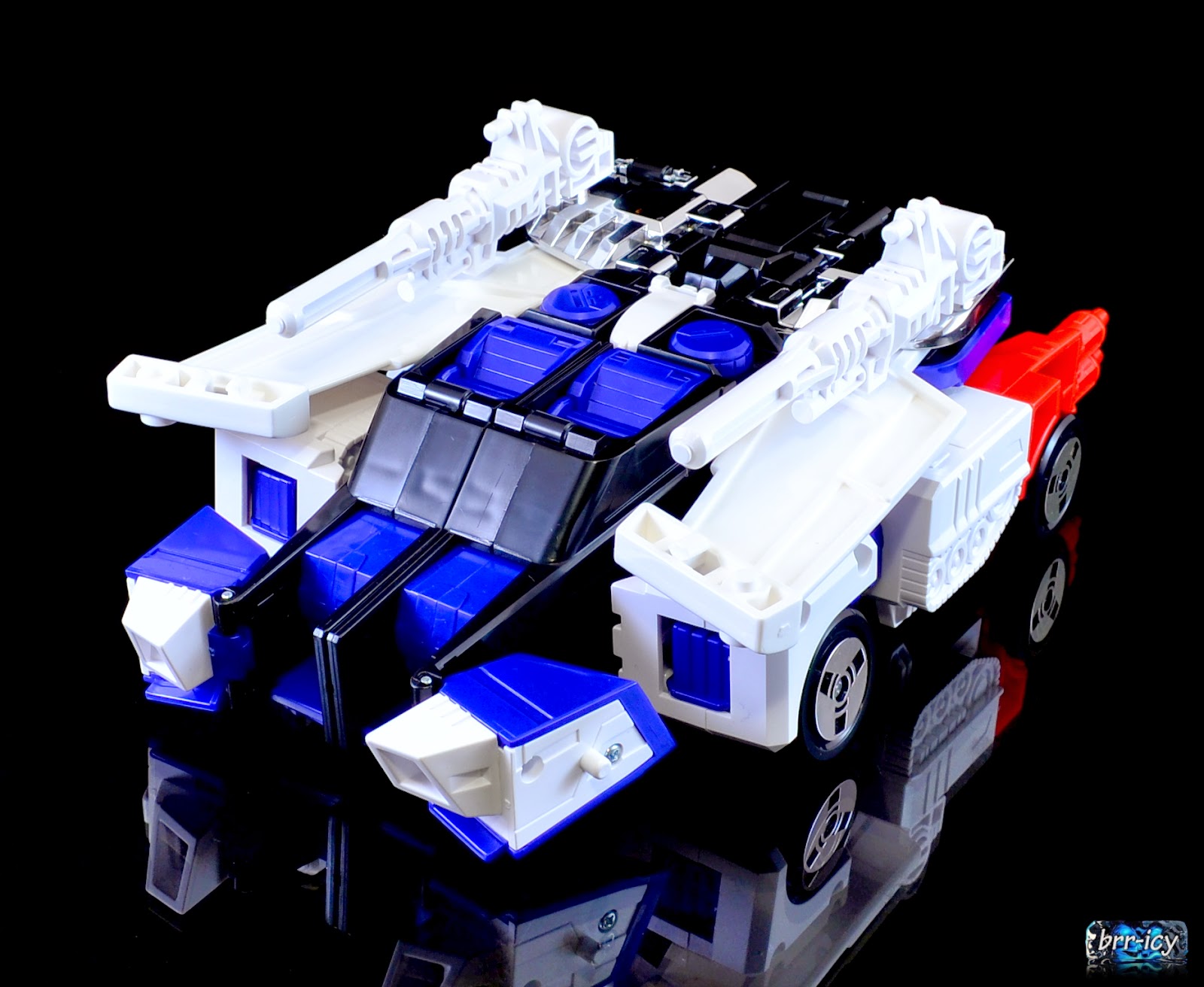 For some reason, they say to put the guns on the outside of the barrel for gun mode instead of inside, so we'll go with that. 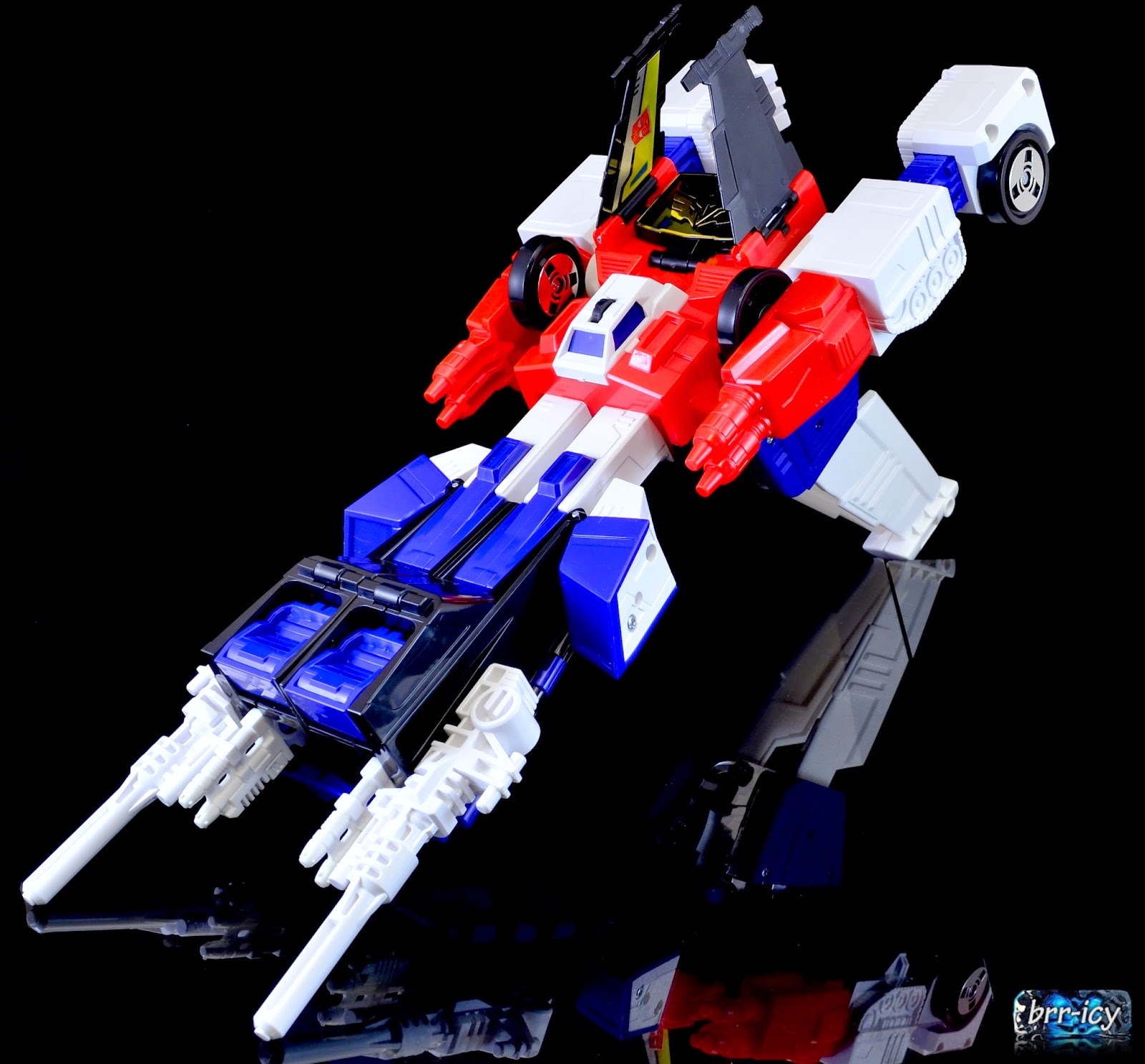 Lastly, bot mode, the chrome eagle on the chest is very reminiscent of a Brave figure. The wings, shoulders, chestplate, torso, and head have all been remolded for him. 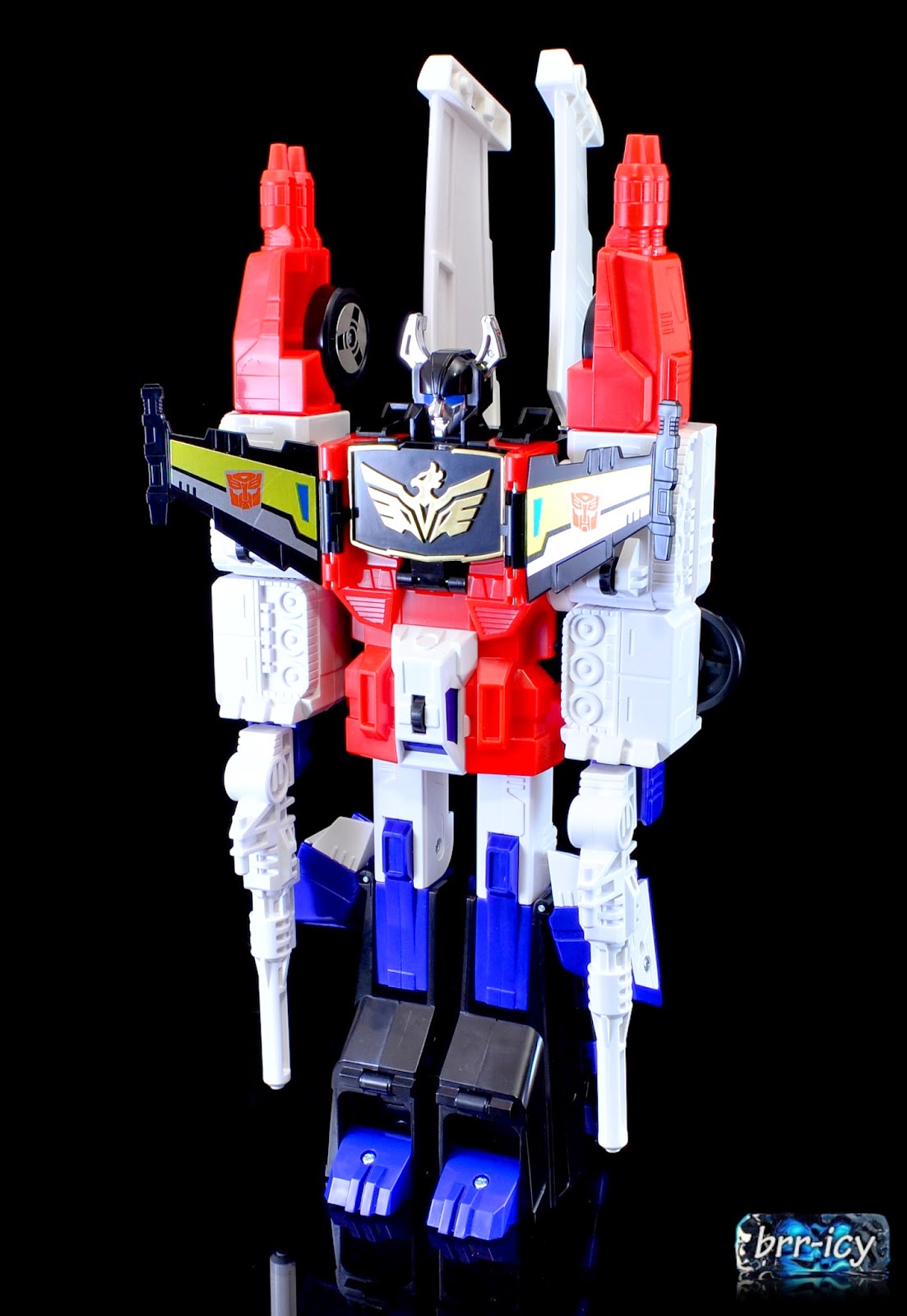 Close up of the new head and chest, the horns fold down into the sides of the head to flip into the same area that Sixshot has. Gotta love the fingerprints...haha 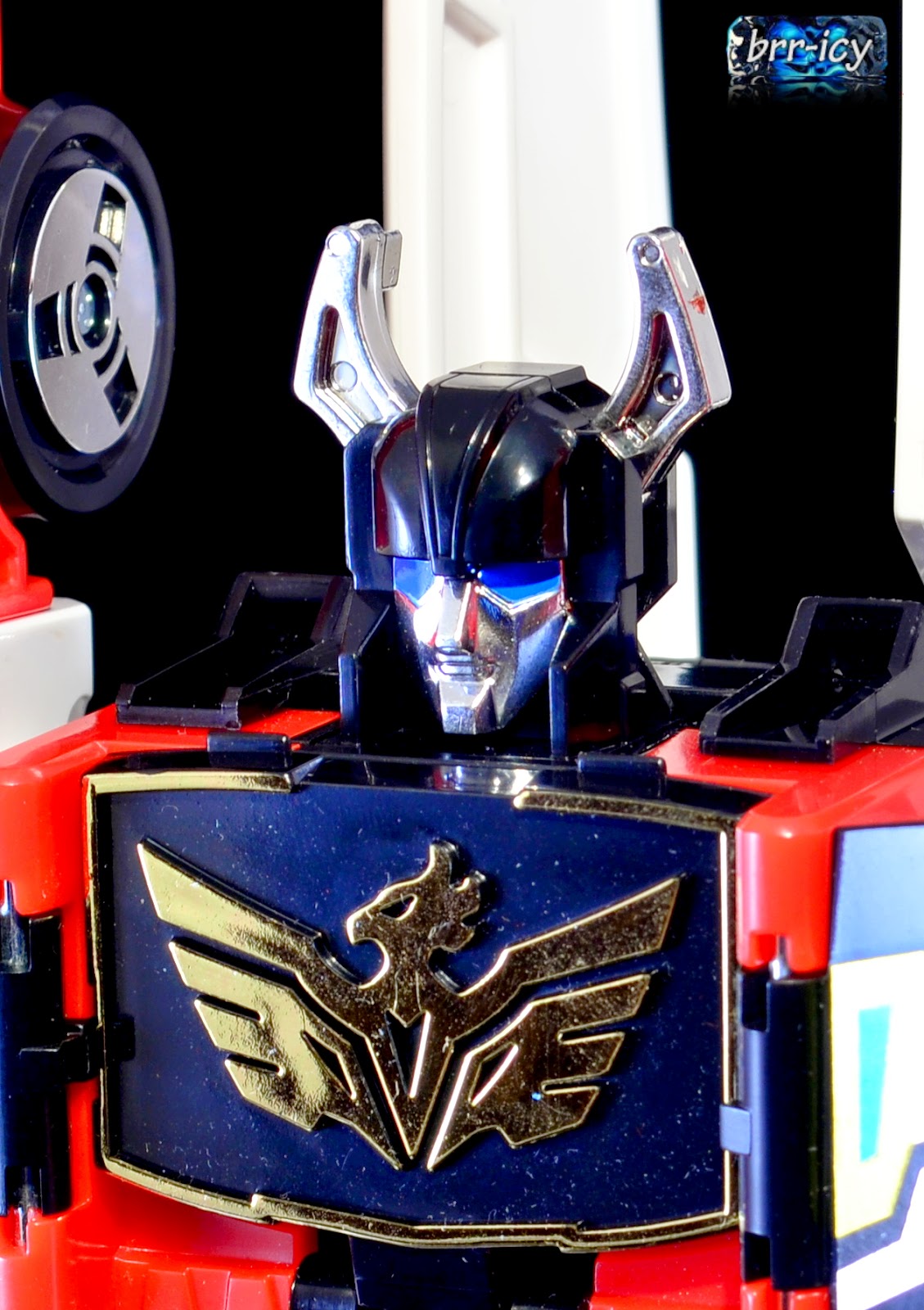