Thanks to Heroic Decepticon's post about this a while ago (seen here), I decided that when I got a Reflector, I wanted the Japanese version, mainly for the box and artwork, and because he's one of my favorite figures, so I wanted him to be MIB. When Ohmyprimus put him up for sale, I immediately jumped at my chance to own him. 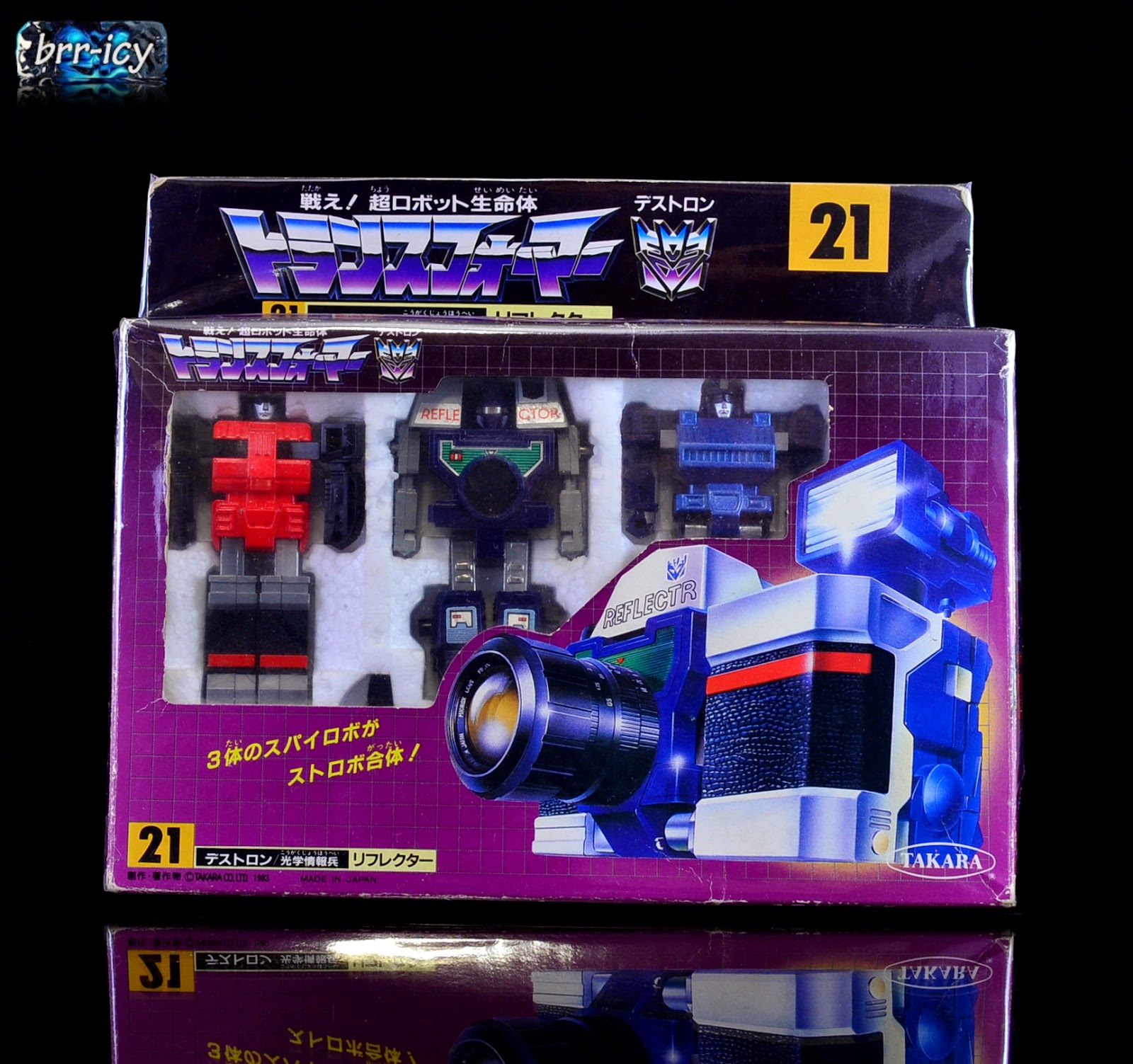 You can see the camera mode artwork since the figures were packed in bot mode instead of alt mode like usual, he got an alt mode pic. The box back I got was missing the robot points, but otherwise in nice shape, it features the '84 artwork 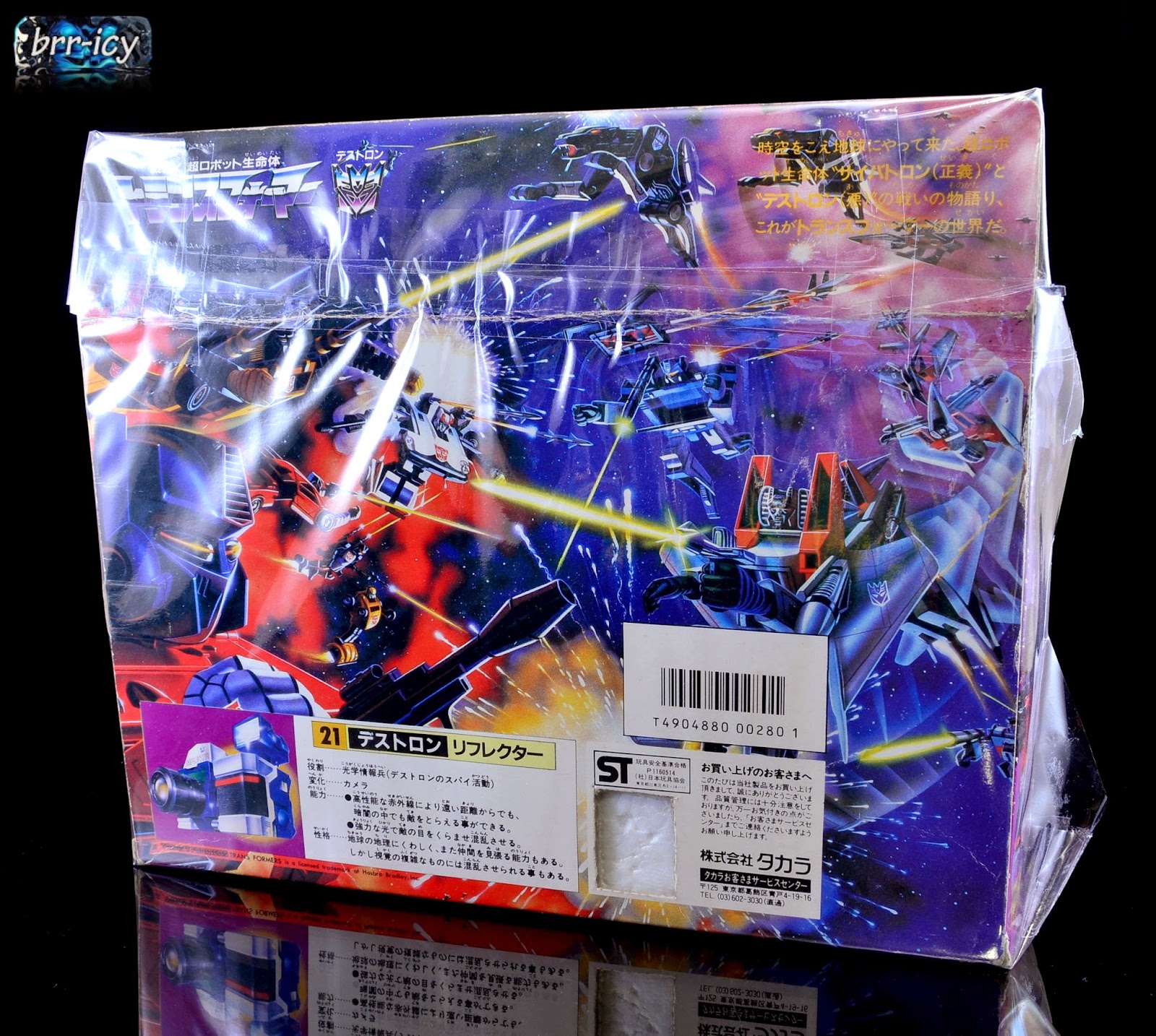 Out of the box, the bot modes are pretty nicely diverse. We'll go right to left on them. Spectro is the red chested bot, him and Spyglass' legs transform the opposite way to make them different, as such, he gets the camera grip as his shins. His head has a clicking button for the camera shutter. They are about modern scout class size each. 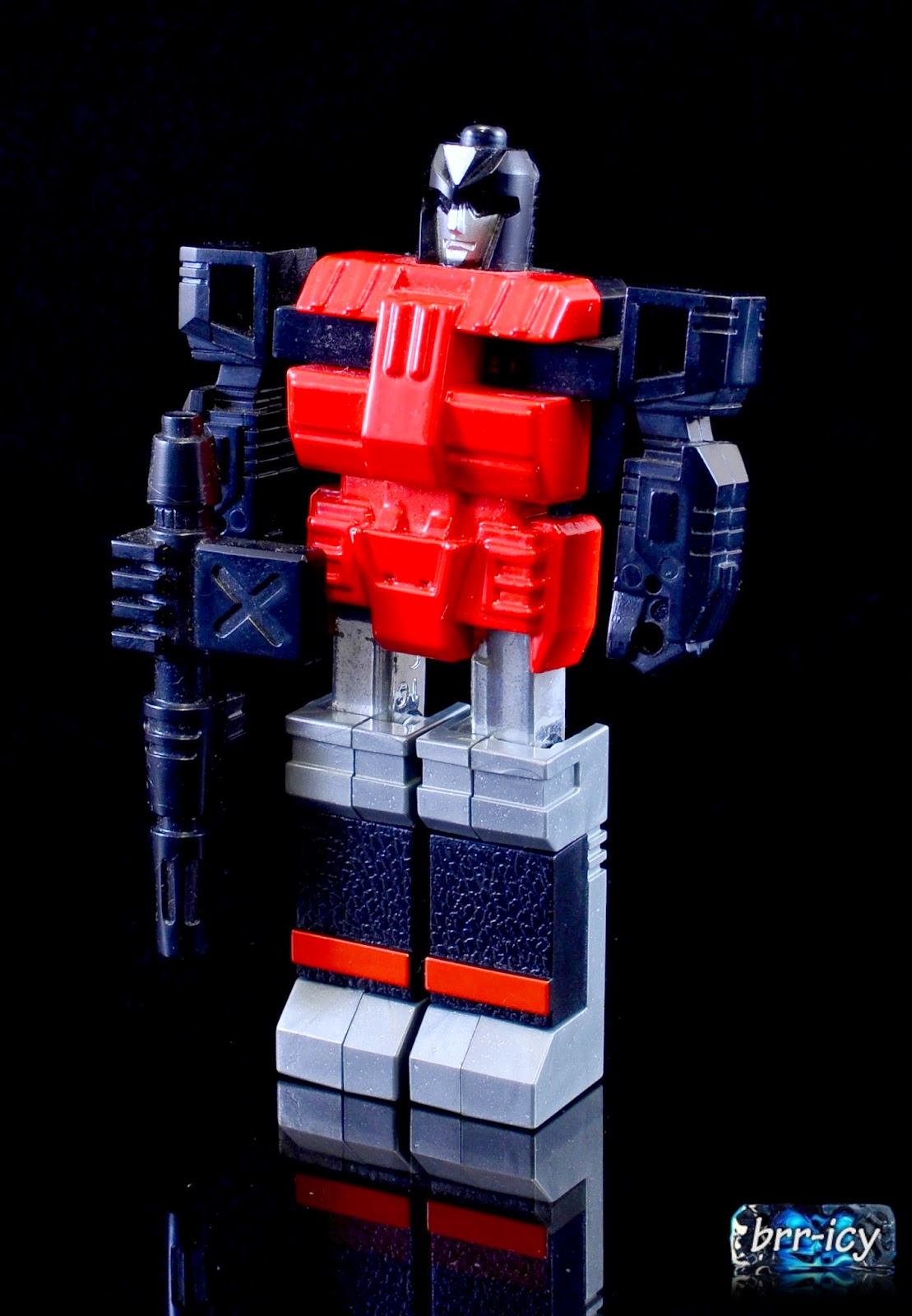 The middle bot is Viewfinder, he's also the one they based all three's animation models off of, removing the lens attachment point for the other two. He gets a gun which can be combined with the lens to make a pretty big cannon. Interesting to note that the Japanese and US version have a different mold in the shoulder pins, where the US version has bigger plastic nubs on the end for child safety instead of the pins that the Japanese version has. 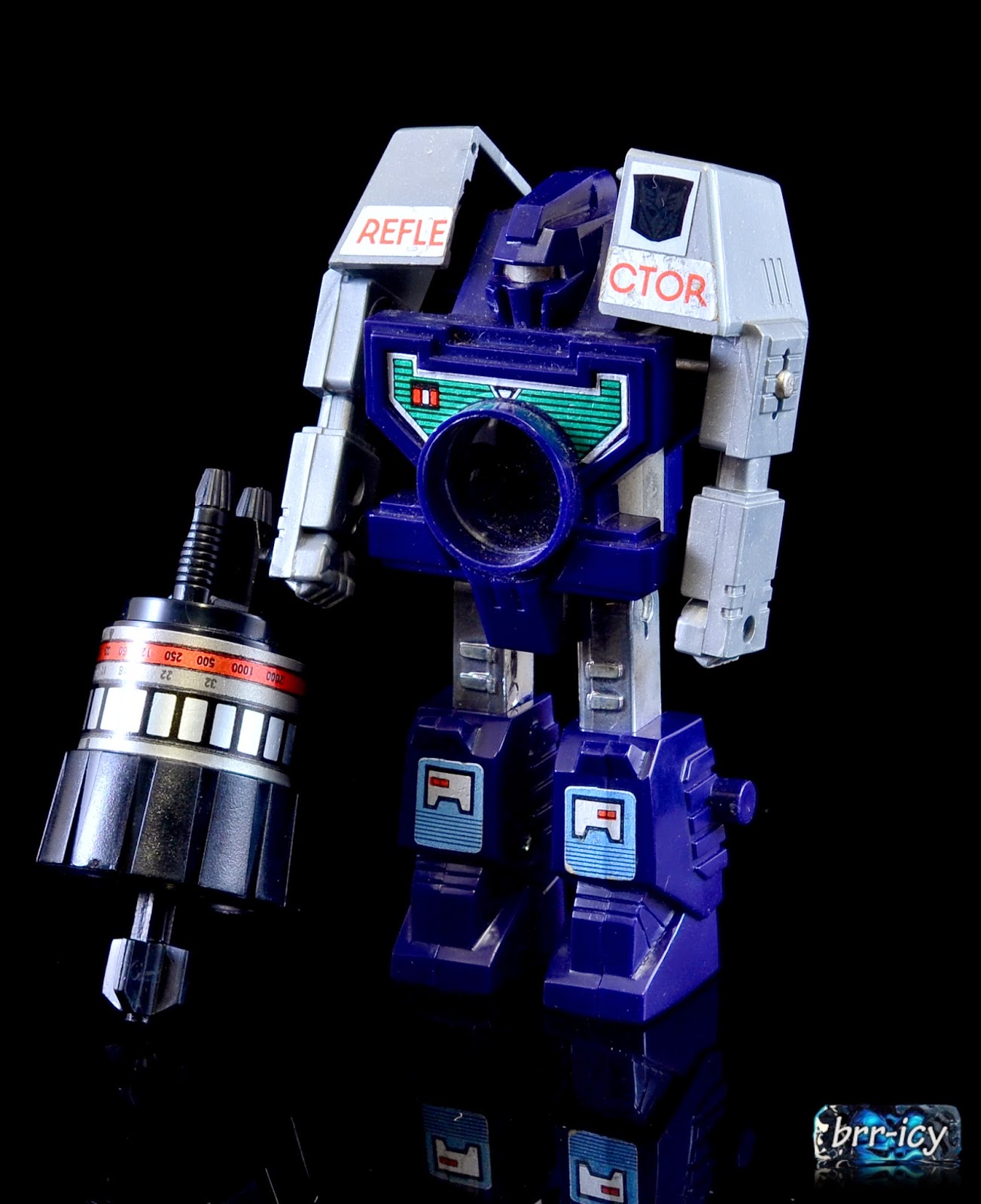 Lastly Spyglass, who can use the flash as a missile launcher, the camera grip ends up on the back of his shins like mentioned before, and he has a great blue metallic paint for the chest. 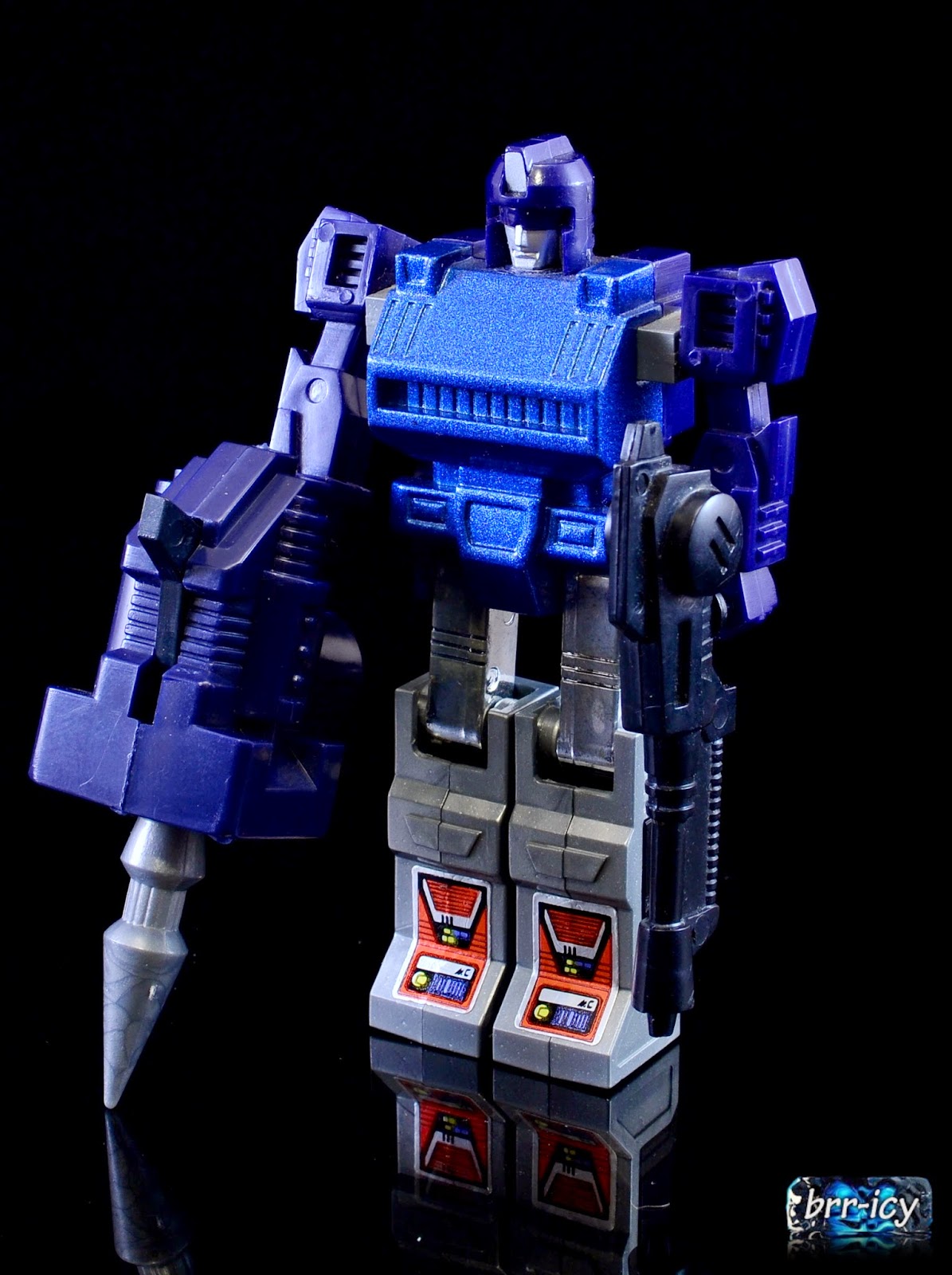 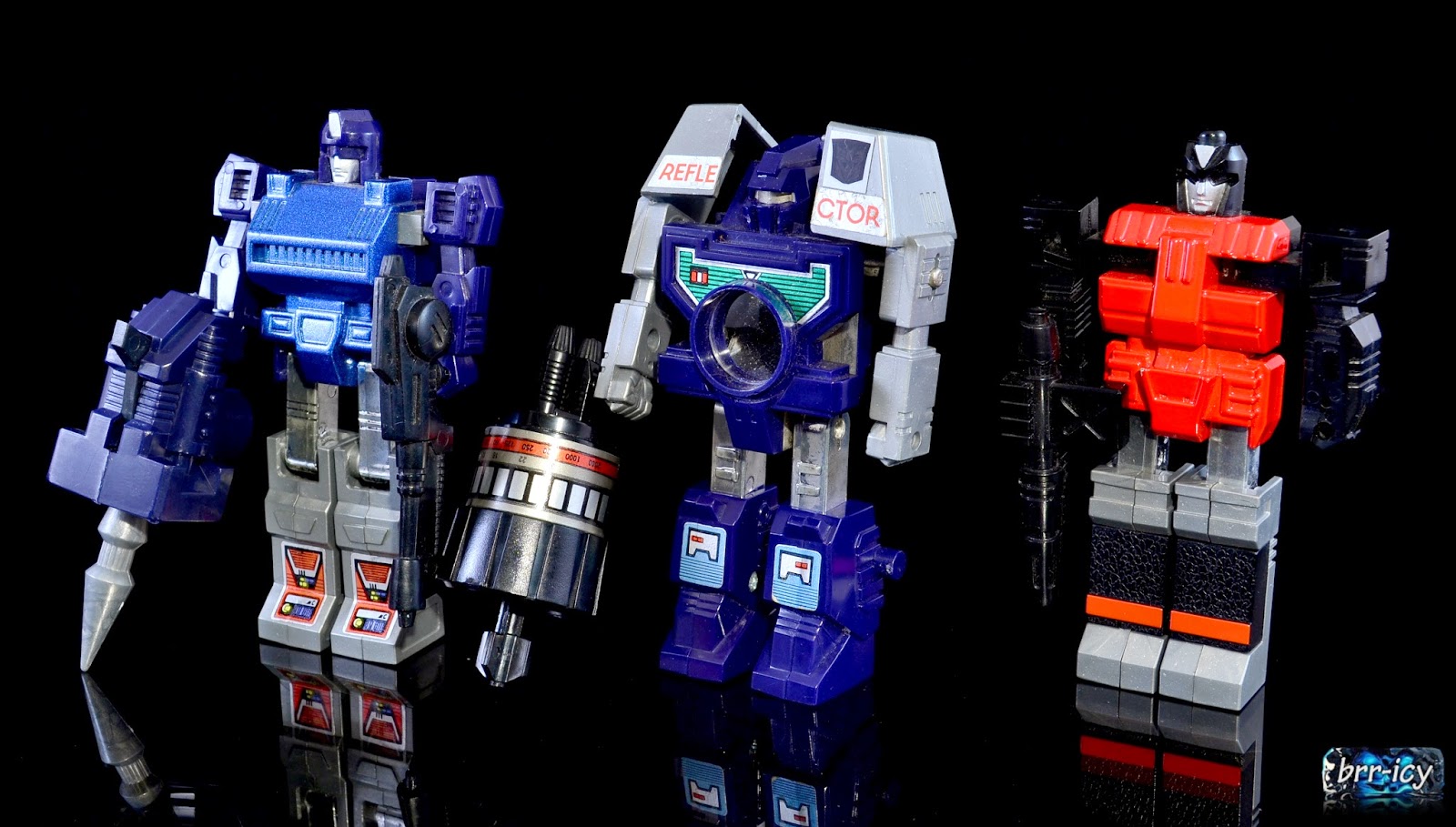 To combine the three, they all fold up into a box shape, you can see the thinner pins coming from Viewfinder's shoulder here. They peg at the hip and the base of the feet.

Camera mode is pretty neat, I remember playing with it a lot as a kid, the viewfinder also has a mirror inside so that it works, the flash nicely covers Spyglass' head as well. 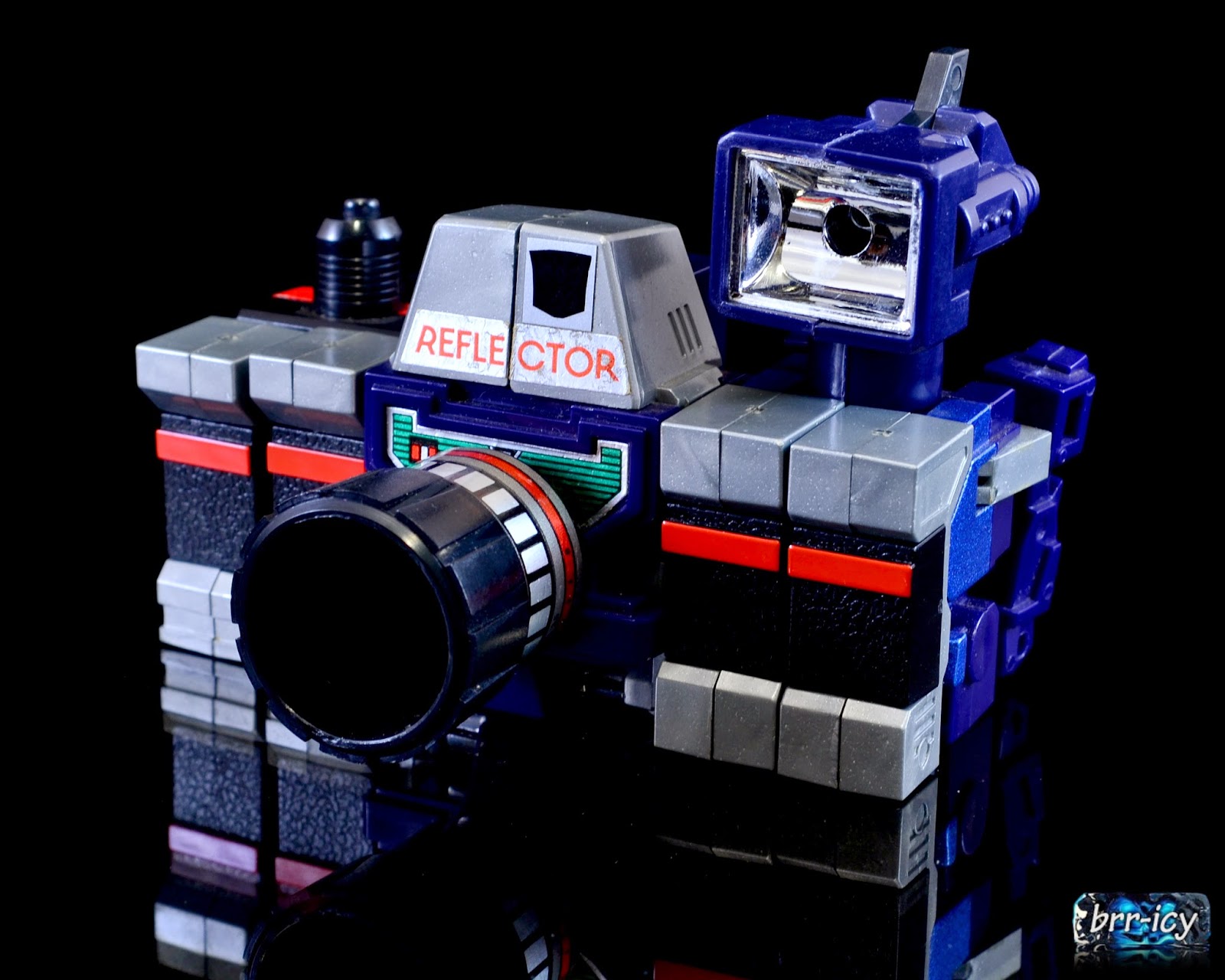