The trio are the "kids" of Masterforce, they are a lot more useful in the series than the usual kids are. Pretty happy to replace the KOs I had of them with official figures.

Go Shooter (Shuta) is the main kid of the series, who's dad gets killed by the Destrons etc. (if you haven't seen the series, I highly recommend it) His alt mode is a police car, he shares a mold with Siren. A lot of the plastic is the same colour as well between the two, more on that when I do a quick comparison of the two. 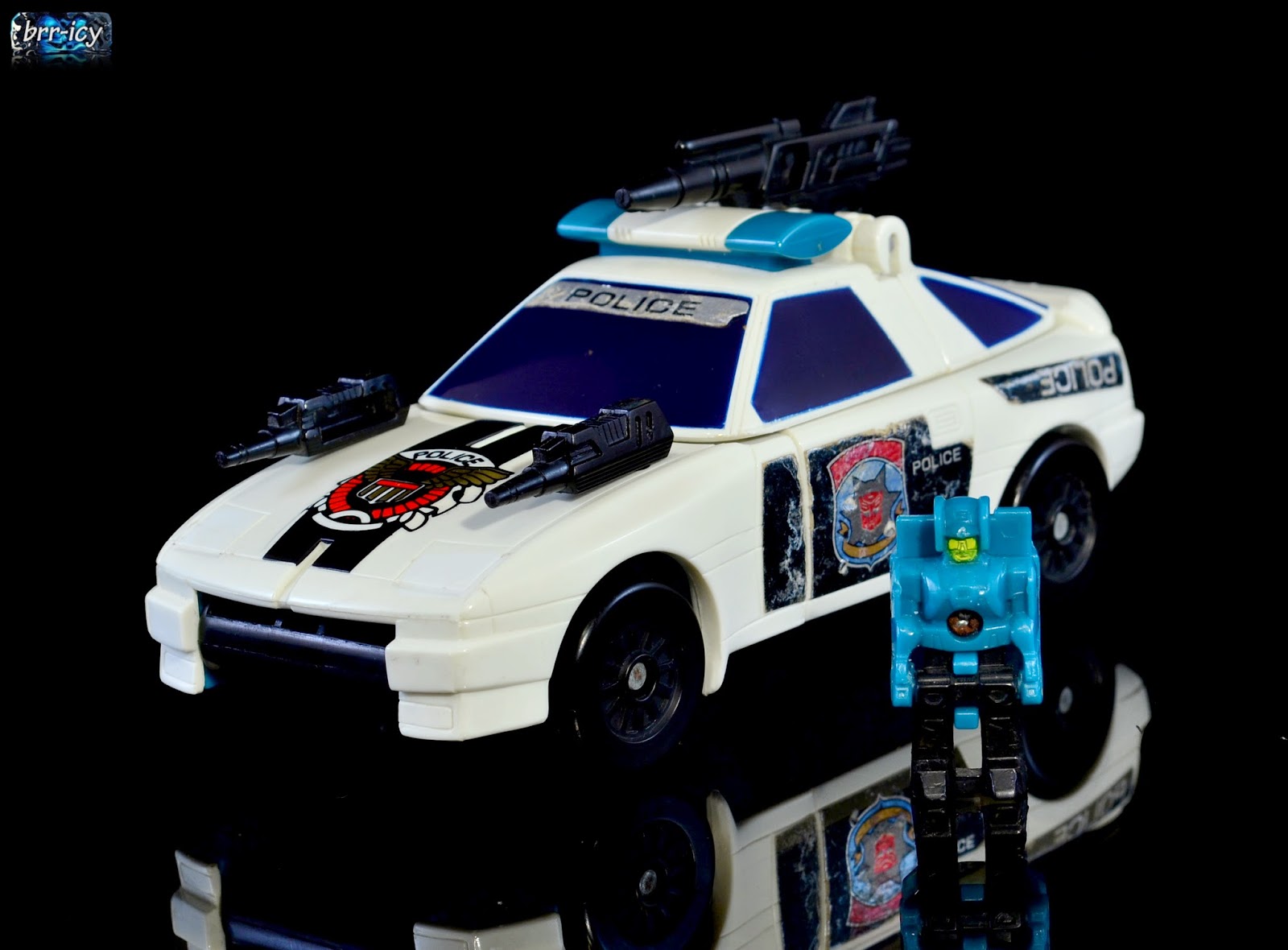 As you can see, the labels aren't in the best shape, but that can be fixed when the Reprolabels set arrives. You can also put the headmaster inside the car. The police badge is tampoed on, and it's completely different than Siren's. 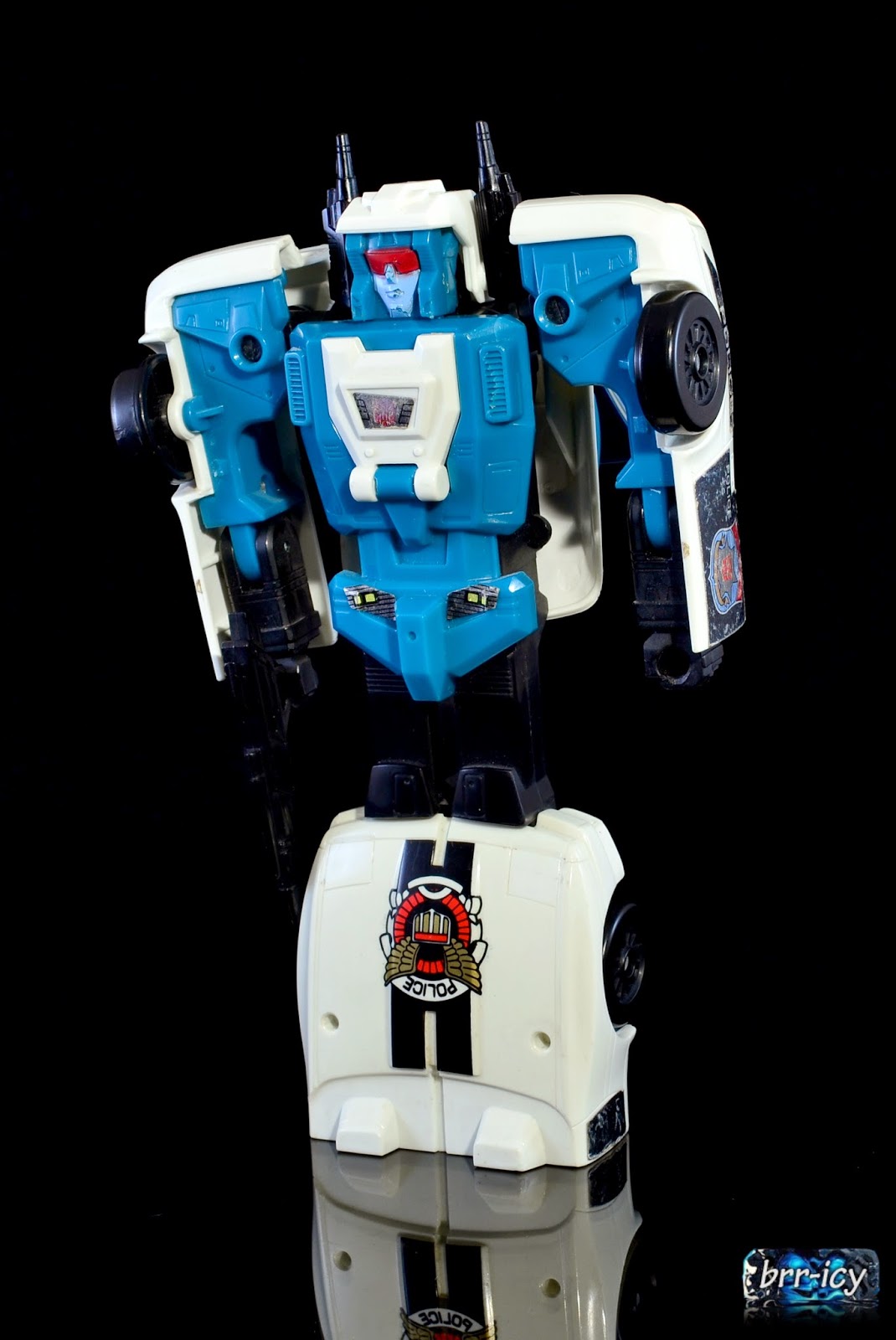 Carb is identical to Hosehead, the only difference is the packaging, which I don't have. He's a firetruck. 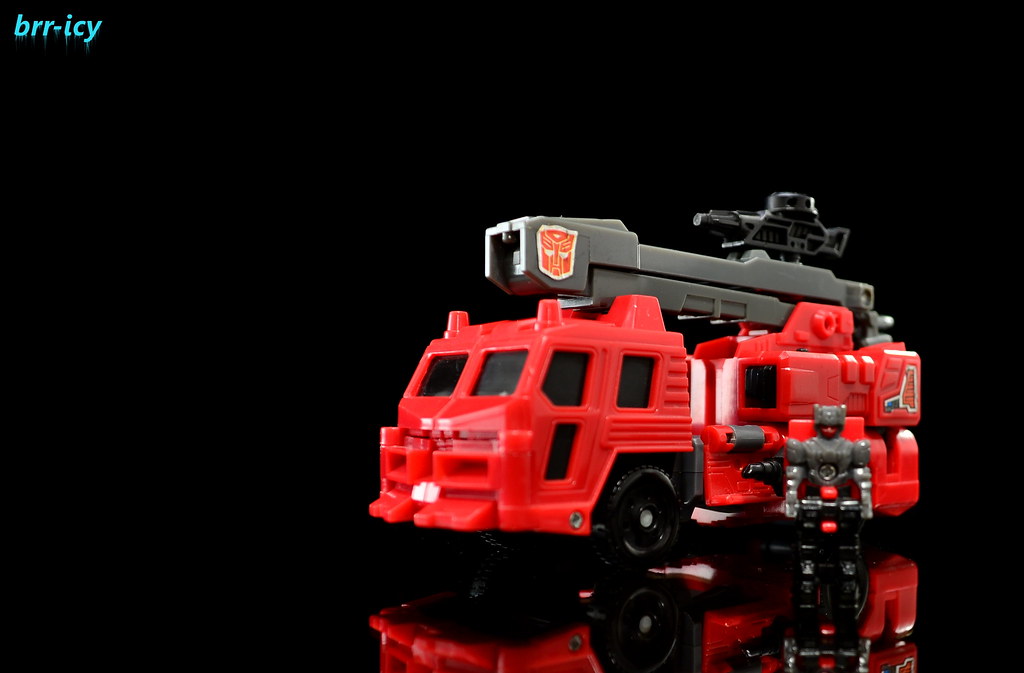 For some reason, I really want another Hosehead/Carb to display with each set, will most likely end up getting one. He's my favorite out of the small headmaster molds too. 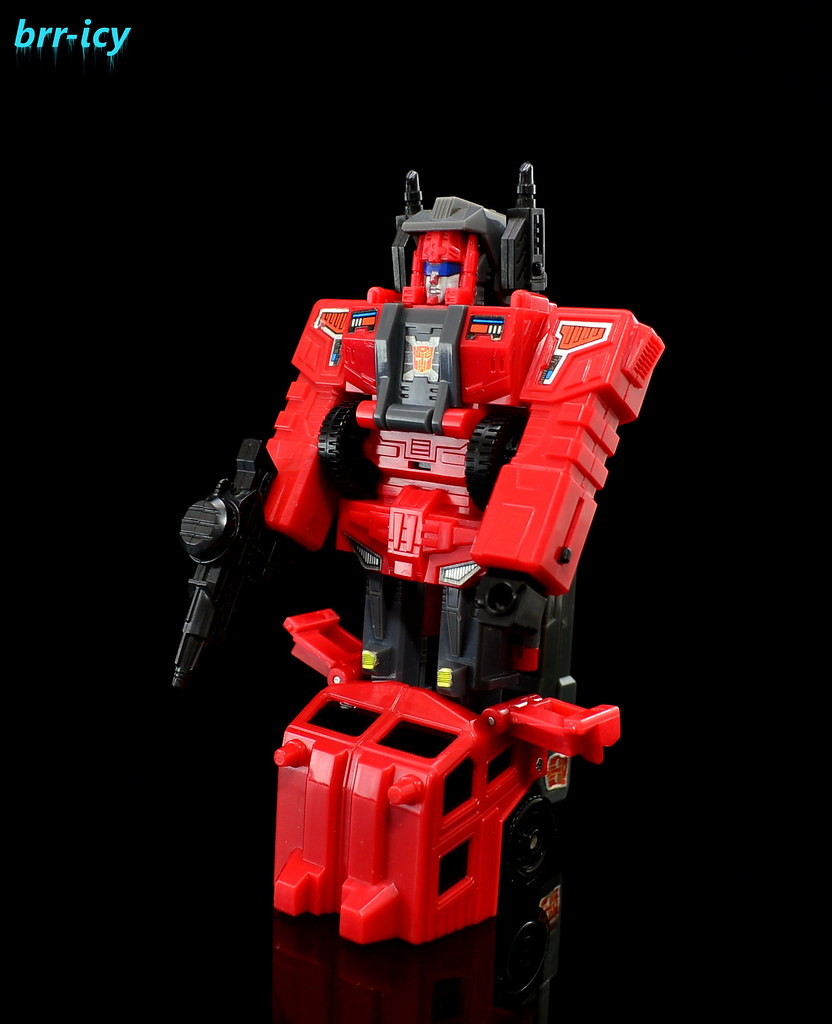 Minerva/Minelba is the first female character to get a toy. She is a repaint of Nightbeat, but instead of the flames and sports car look, she has a medical motif. Why a Porsche would be an ambulance is beyond me, but there it is. 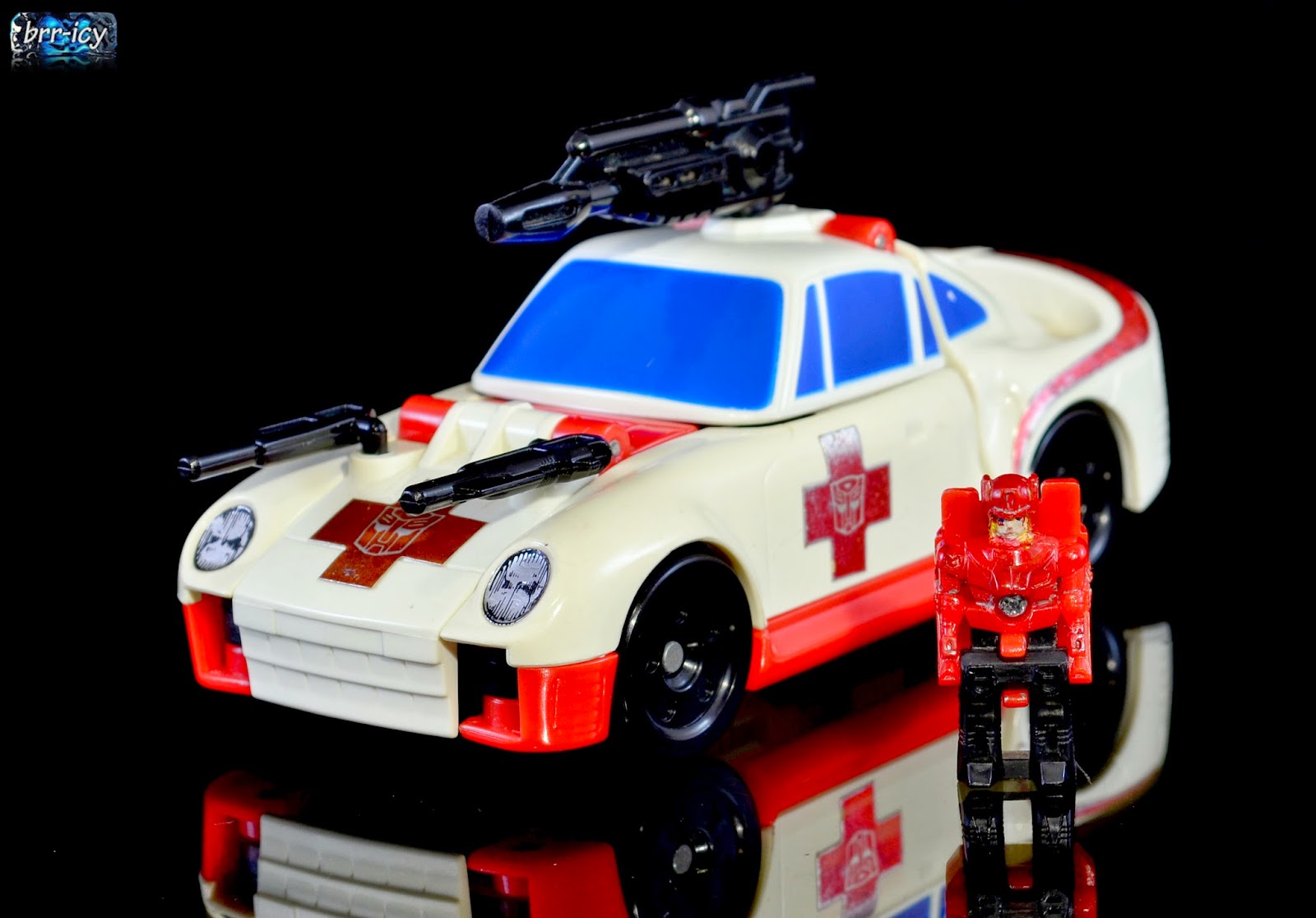 The bot mode is very nice with the red white and blue. She tends to go for crazy money on the aftermarket, I was lucky enough to snag this one for a decent price, it's not perfect, but it's good enough for me. The face paint is a nice touch as well. 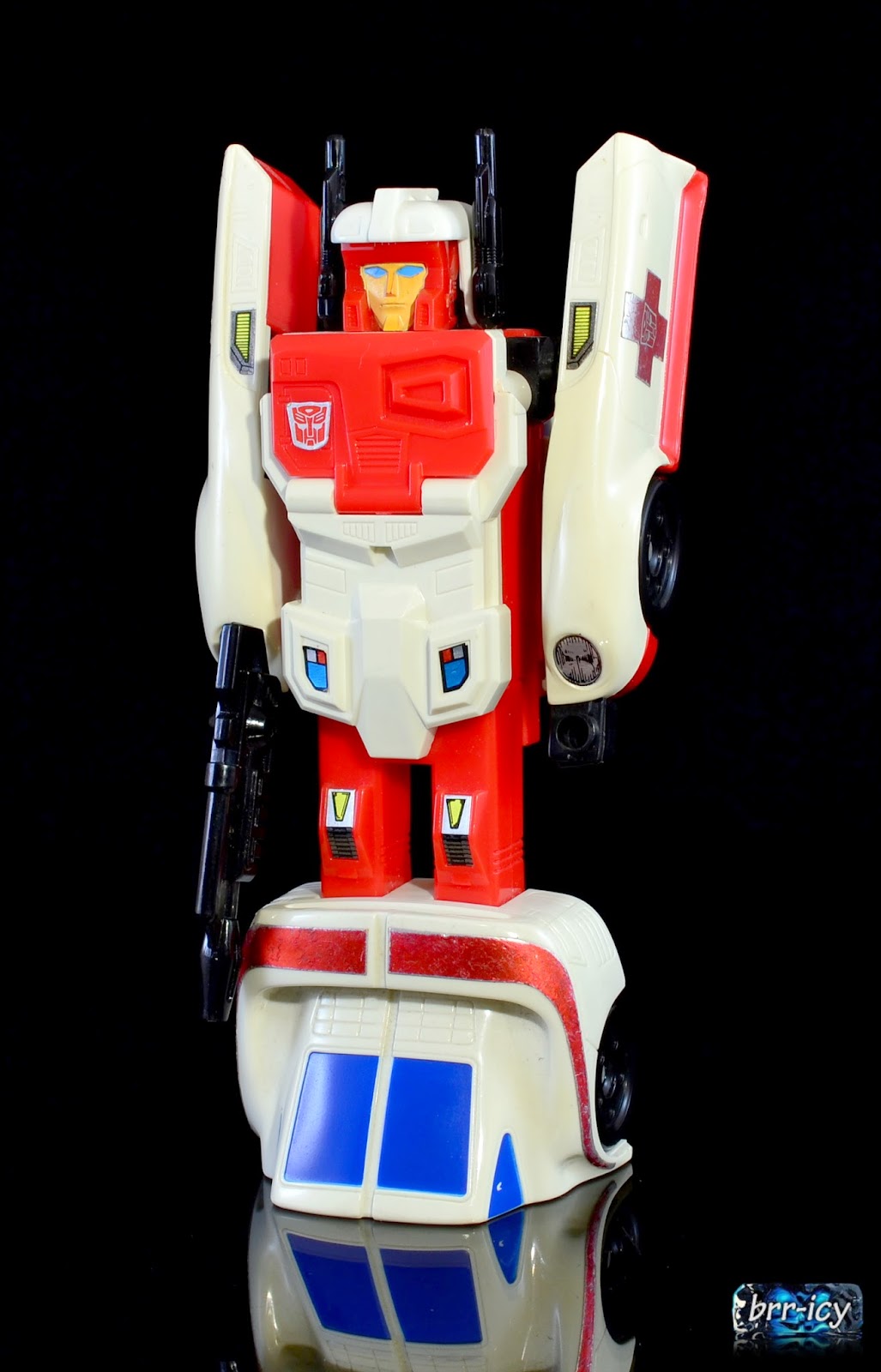 All together in bot mode, they seem to flow as a team much easier than the Hasbro versions, besides that, all of them have great characterization in the show. 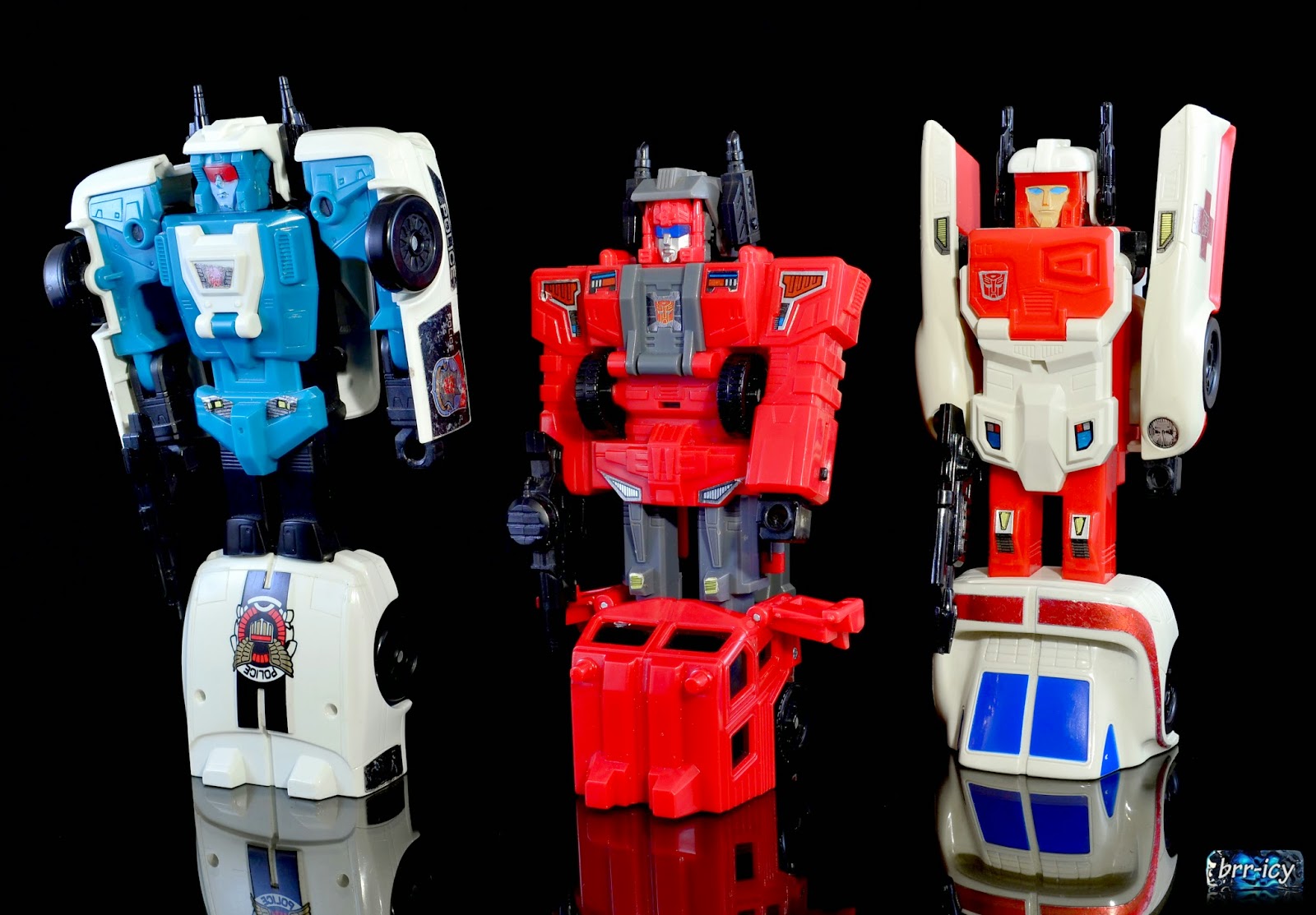