European Motorvators and Their Japanese Cousins

These guys came in the same lot as Calcar did last week. I was a big fan of the Brainmasters in Japan, and these guys were a great addition to the crew. 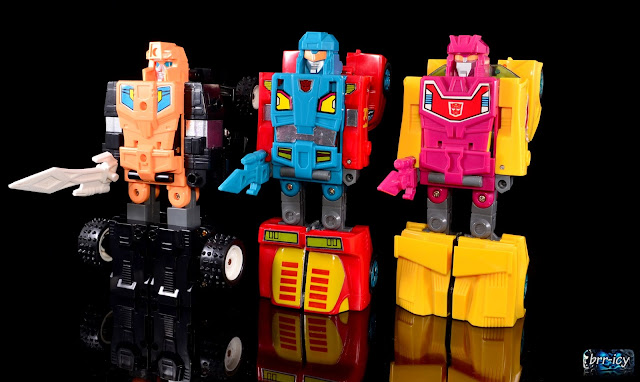 They have a bit brighter colour scheme than their Japanese counterparts, whom I reviewed earlier here: Brainmasters. This is mainly a comparison between the two. They came out in Europe minus the parts to make Road Caesar. While the combined mode isn't the best, it's unfortunate since it removes some functionality much like the Rescue force. At least these guys come with all the members and can combine if you get a hold of the parts. 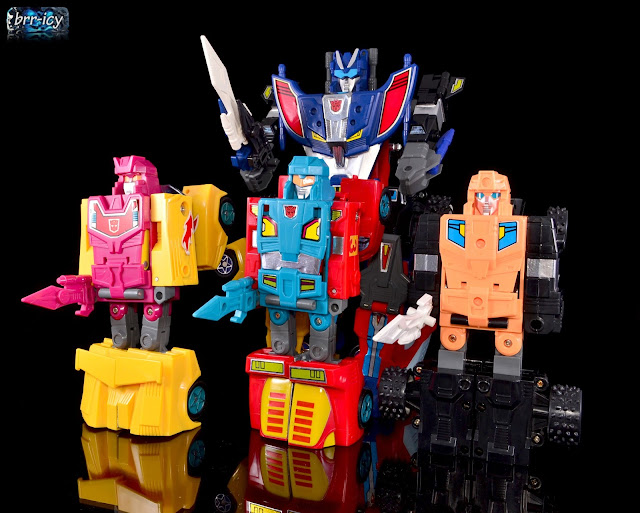 Gripper is the black redeco of Blacker, for these guys they mainly changed the chests and face's colours for both the Brainmaster and the main figure. They also added a blue canopy to Gripper.

In bot mode, the colour change is much more pronounced, it's hard to tell, but the black and white are also slightly different colours. I hope I can find the labels for these guys as it seems they're slightly different than the Victory ones. I probably can make their abdomen stickers from left over Reprolabels just to break up the sea of peach. 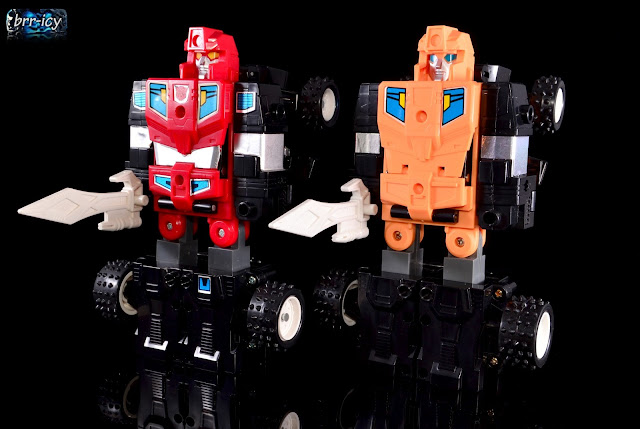 Flame is the redeco of Laster, he gets a pink chest instead of black, in car mode, it's not as obvious. The wheels are also teal instead of dark blue.

It's hard to see, but the yellow is also slightly different on the car body. the swords are gang molded with the chest parts, so it's pink now too. 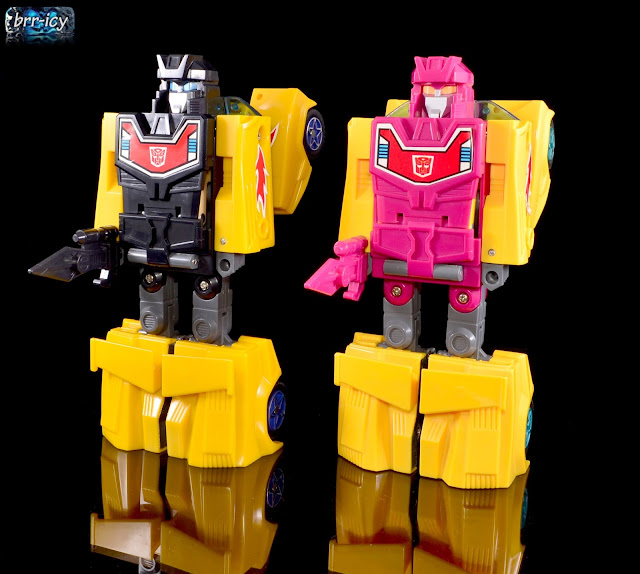 Lightspeed is the redeco of Braver, and I'm not sure if he's supposed to be a homage to the Technobot or not. The car labels and windows have had their colours changed as well as the rims.

He's had the most extensive redeco of the trio with all the yellow and like the others, he got a new chest colour. My favorite car growing up was the Ferrarri F-40, so this guy is a treat. 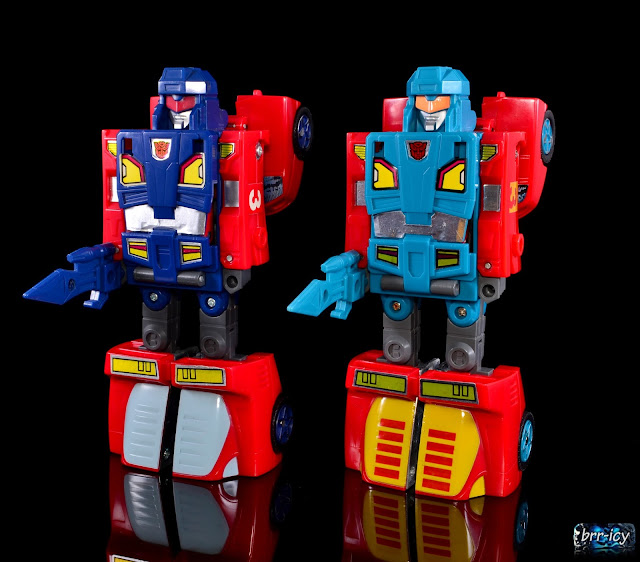 I found thest guys to be a fantastic addition to my collection, and if you like the Brainmaster molds and want to have them uncombined as well as combined without buying multiples, these are for you.
Posted by Brr-icy at 17:34