So, I finally got around to shooting this guy. I had put it off because of the GPS, which reared it's ugly head when I was putting him back on the shelf after shooting the pics. Oh well, he still works. 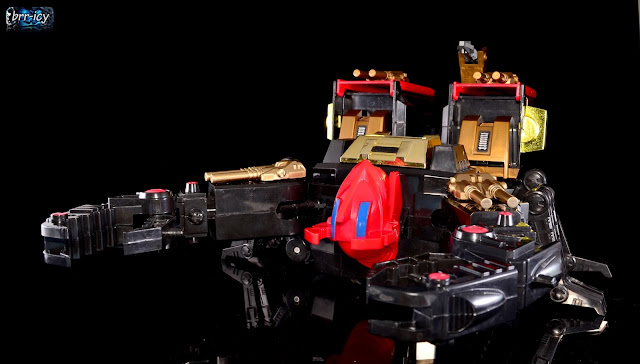 As you can see, he's a remold of Scorponok. In scorpion mode, the only difference is the head, which is a lot more convincing than Scorp's I think. The black and gold really works on the mold.

In bot mode, he has a large trident spear weapon, it comes in two pieces. the crest on his forehead also is used to cover the face on him while in scorpion and base modes. I have been slowly buying the original accessories for him, he has a set of custom ones to save them from GPS, unfortunately the tail joint ends are made of gold, and are under a lot of pressure from the spring ratchets, that's where mine broke, not uncommon, but it does put a damper on wanting to complete it. 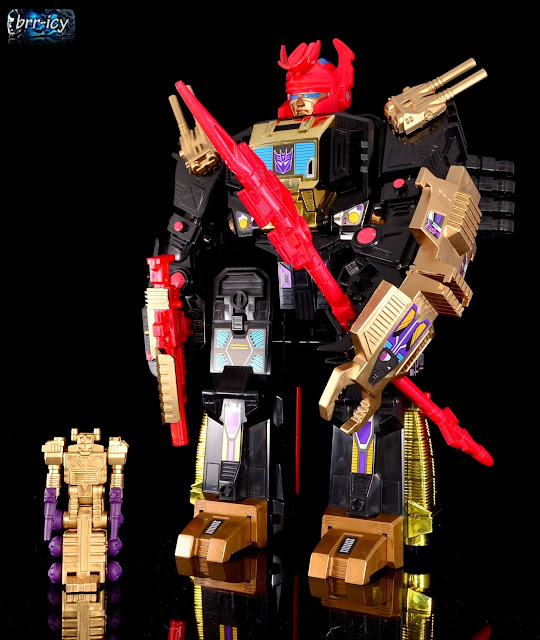 He comes with all the accessories that Scorp does, just with the added head crest and spear. I love the regal look the black and gold give to the figure. The sticker set is identical to Scorponok's as well. The base mode is the same, I haven't figured out if the spear can be mounted in this mode. 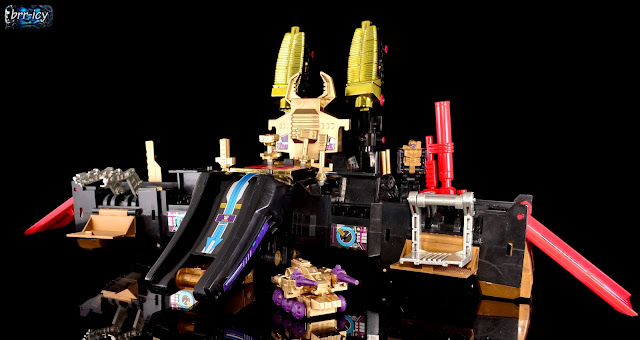 He also comes with a smaller figure named Black Rorichi, He's a redeco of Fasttrack. 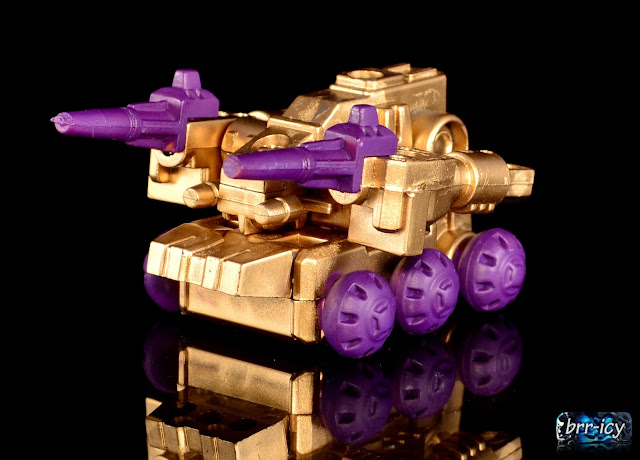 The purple is not as dark as the real one, but it'll do for now. 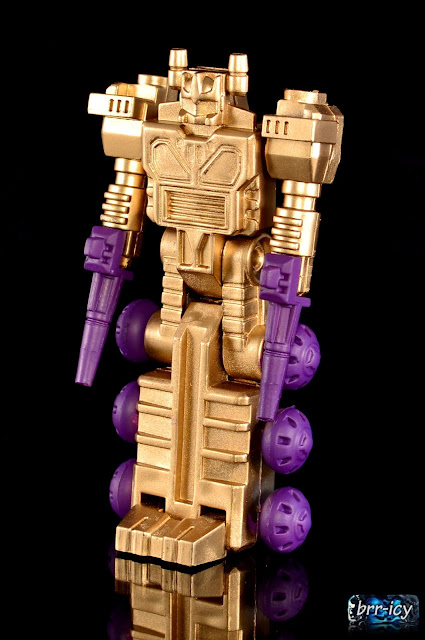 The headmaster (in this case, it's the KO from the set with the Headmaster Warriors a few years back) is gold and black. 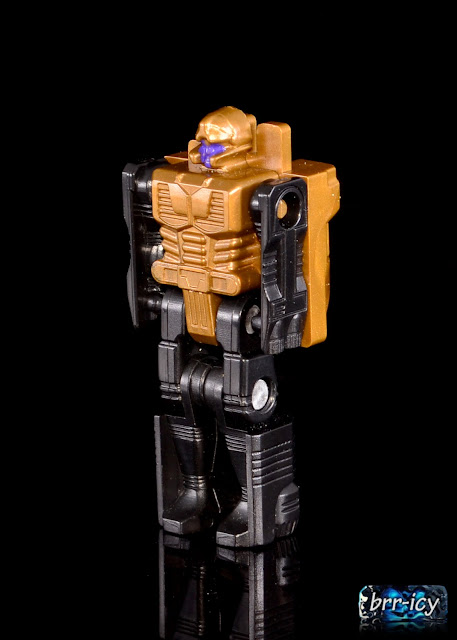 Hope you enjoyed my short and bittersweet review of him. Till next time. Still debating on completing him, one break on him isn't too bad I guess. haha.
Posted by Brr-icy at 22:04