Finally completed my Predators at TFcon this year with Skyquake. 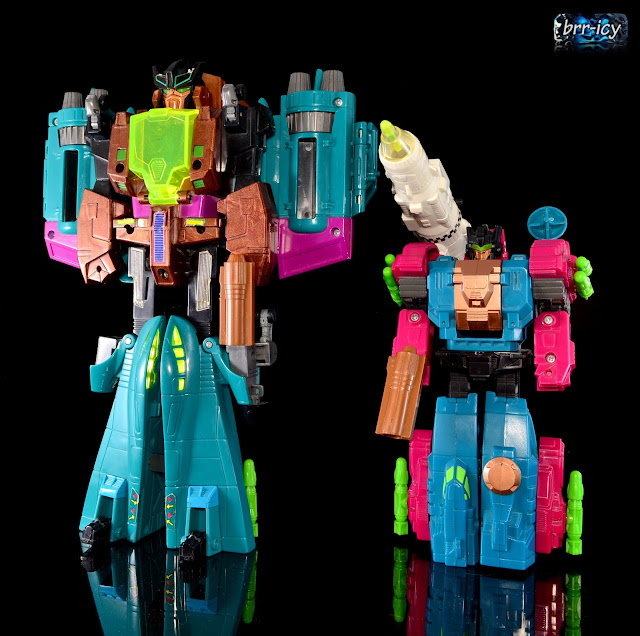 Stalker I got a few months back from Specimen_17 in the group. He turns into a missile truck. The colours are very bright, like most of the European pieces, more so than most of G2 actually. He's about voyager sized. 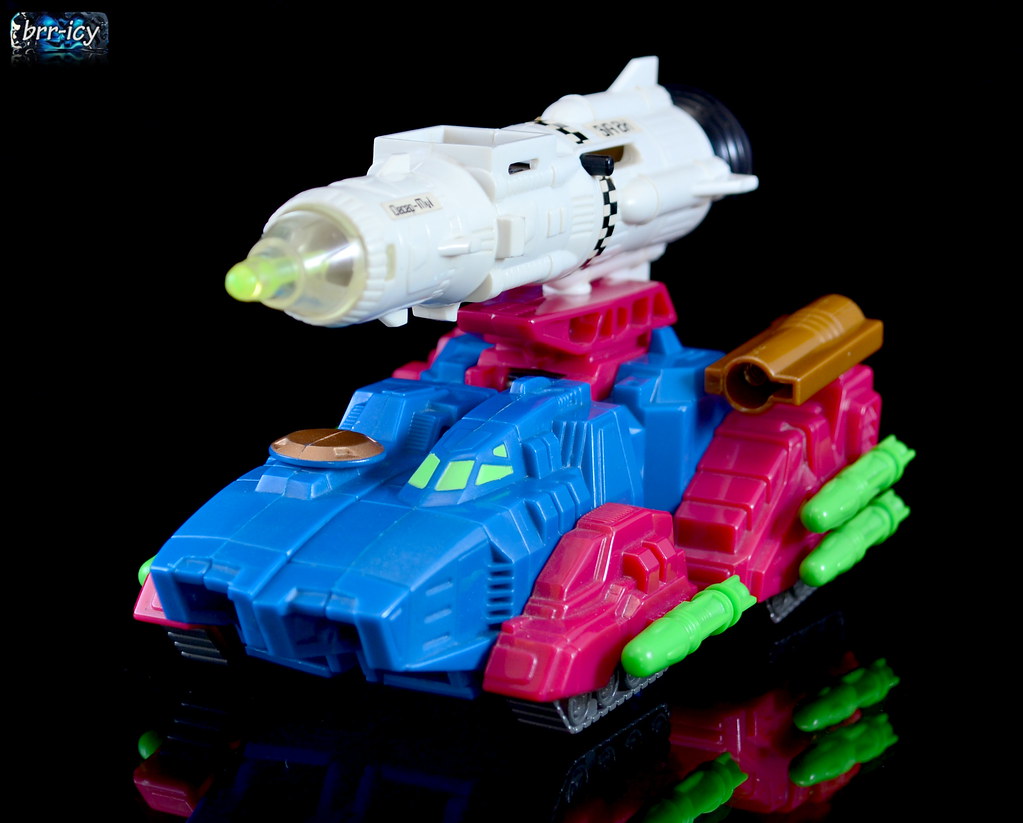 Like the smaller jets, Stalker has the gold launcher and green missiles. His and Skyquake's have no cap on the back of the missiles like the small jets do for some reason. I'm still missing a couple of those gold launchers, but they'll come. He actually has a pretty decent transformation. I was pleasantly surprised. there's a space on top of the missile that you can insert the gimmick piece from the smaller jets to see the weaknesses of the Turbomasters. 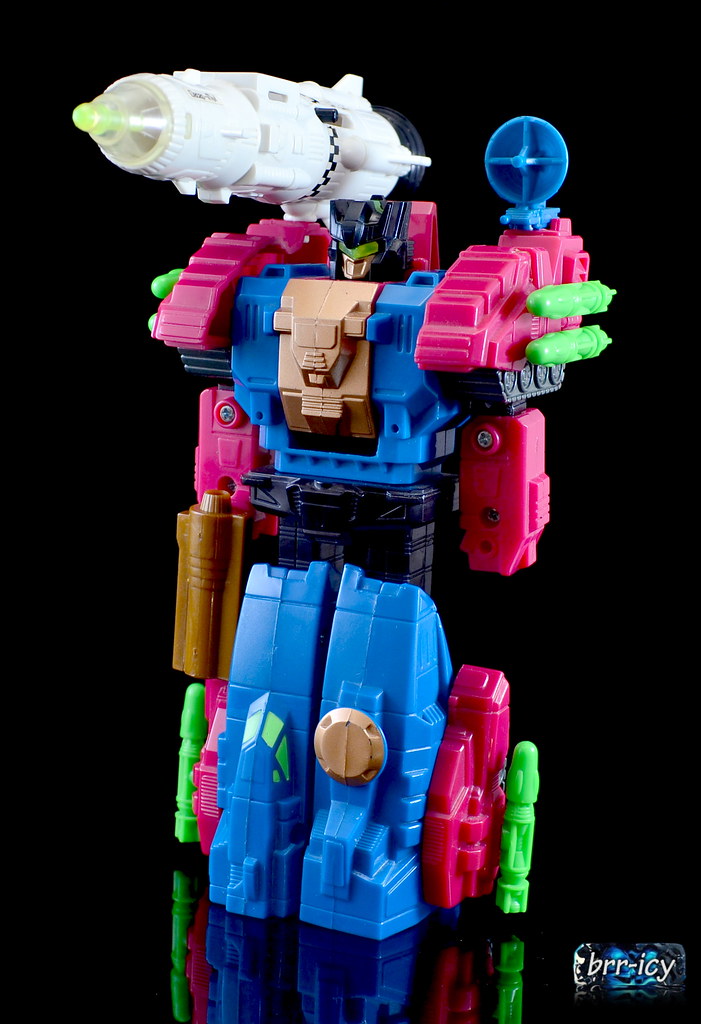 Skyquake is the Predator leader, he's pretty big, I would say a bit bigger than leader class. The rear of the jet houses the gimmick like Stalker's missile, only difference is, it's gold. GPS reigns there, not worth using the gimmick on him. He has rotating bomb bays on each wing, and places to stick a ton of missiles to him (he comes with 14 or 15) plus the launcher. Retractable landing gear, and the nice green Decepticon windows. 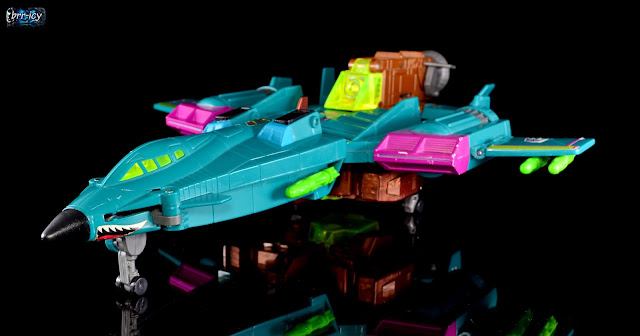 In robot mode he towers over most Transformers. Also coming with a gold unusable launcher. not a lot of articulation, but a commanding presence nonetheless. I love the face sculpts of these two, very ominous. You can see the bomb bays on the wings here. Pretty excited I found him, I spent the entire con looking for him, and after I had given up, a friend got a hold of me telling me he'd found one, incomplete, but GPS free and all the little body parts that go missing were there. 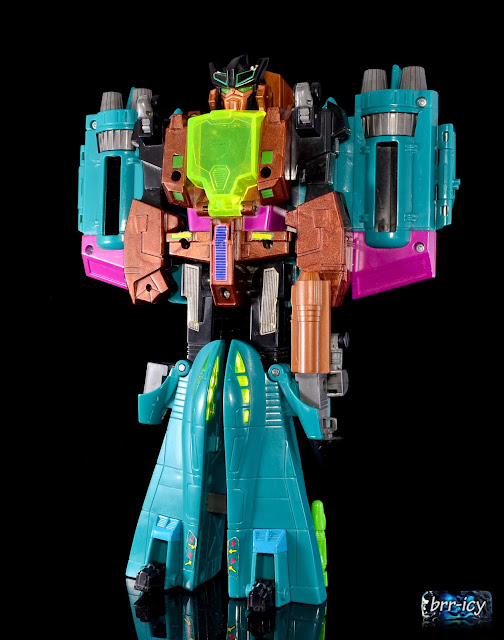 I've grown quite fond of the Predators, and they make a nice shelf. Might have to squeeze a couple more in there before it's done, but it looks good for now.