There was a set of four Pretenders based off early years characters. These seemed to be mostly picked randomly, with at least a couple of them missing easy repaints or remolds. 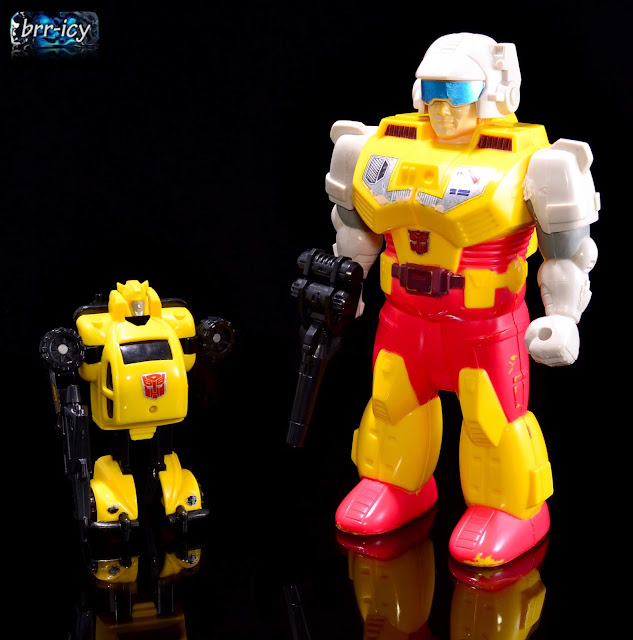 First, we have Bumblebee. He looks more like his cartoon self than the original toy, with a random human shell. The transformation on Bee is a little more involved with the center of the hood folding behind his back to allow for separation of the feet. 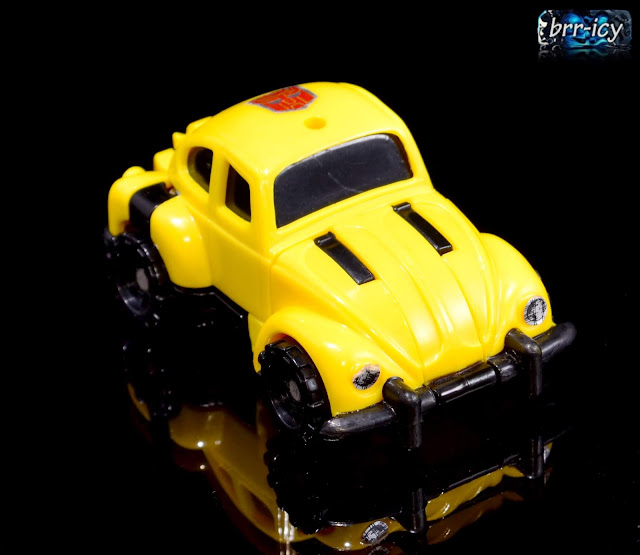 He retains his Beetle alt mode, but loses some of the chibi look of the minicar. 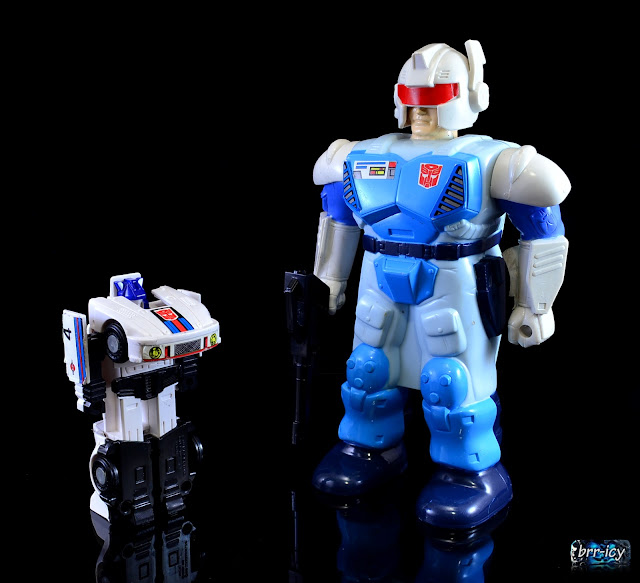 Jazz also gains a human shell. Instead of the more complicated transformation that Bee gains, he loses most of the steps and in turn, loses a lot of the coolness of the original toy. The chest sits very high, covering a lot of his face, and he's basically a block from the waist down. 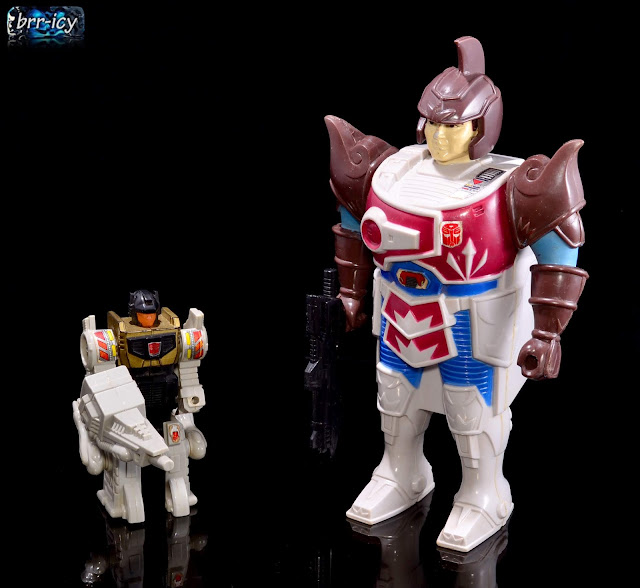 Grimlock was the third Autobot they did, and he really looks different in bot mode. I enjoy the more ancient human/gladiator looking shell and the gun/sword he has. 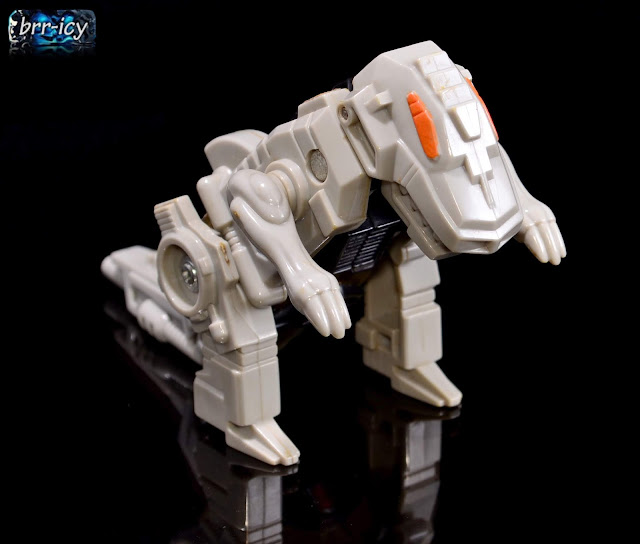 His Dino mode is there, but strange. The gun from bot mode becomes his tail. 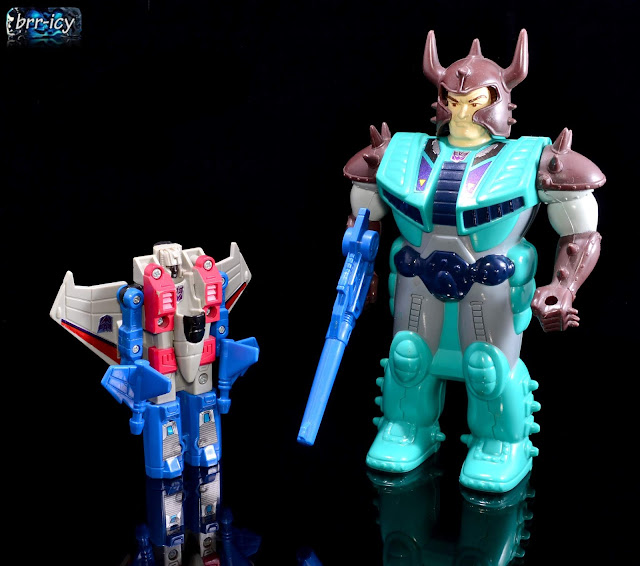 Starscream I really like for some reason. I think if they had added one more step to the transformation to have his cockpit more complete in robot mode, it would have been near perfect. It really retains the look of the cartoon. His shell actually looks mean as well. 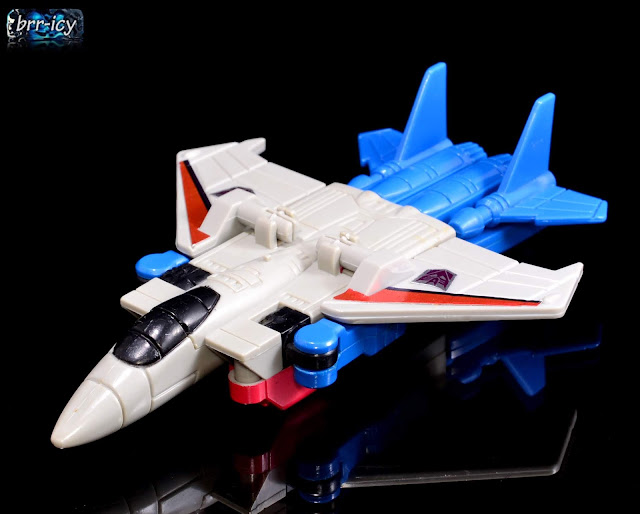 The jet mode is also retained, with a lot less parts forming than the original toy. The pistols become the rear stabilizers.
Posted by Brr-icy at 06:37