Next up is Astrotrain, He was released in two colours in Japanese G1. Both numbered #48, the regular usa version and this one, the white variant. Another piece I got from Hyperoptic with Browning. 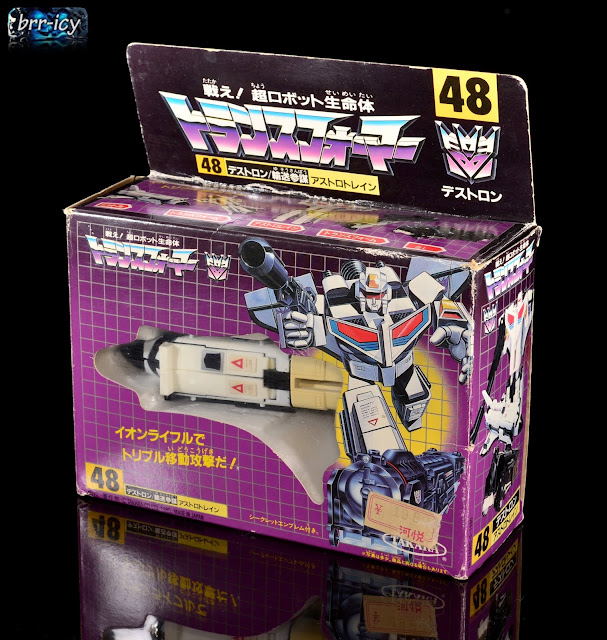 They actually did two versions of the boxart. Personally, I prefer this one over the regular colours for reasons I will explain later. He should have been an Autobot with these colours. The sticker sheet actually has NASA on the labels, which was removed when it was reissued in the early 2000s 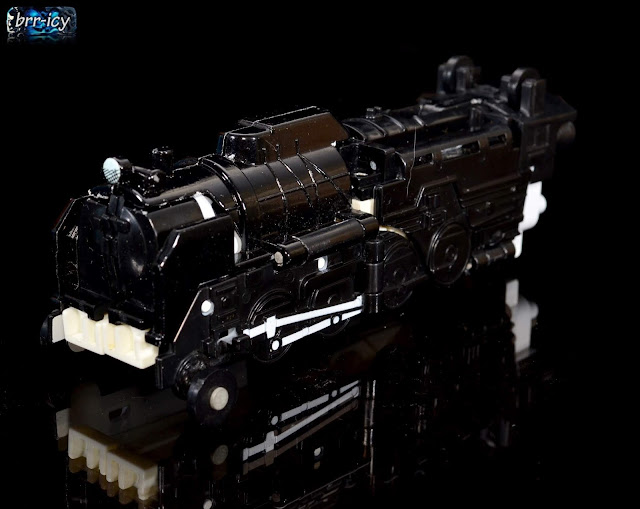 In train mode, he's mostly black other than a couple of little parts that stick out from the other mode. 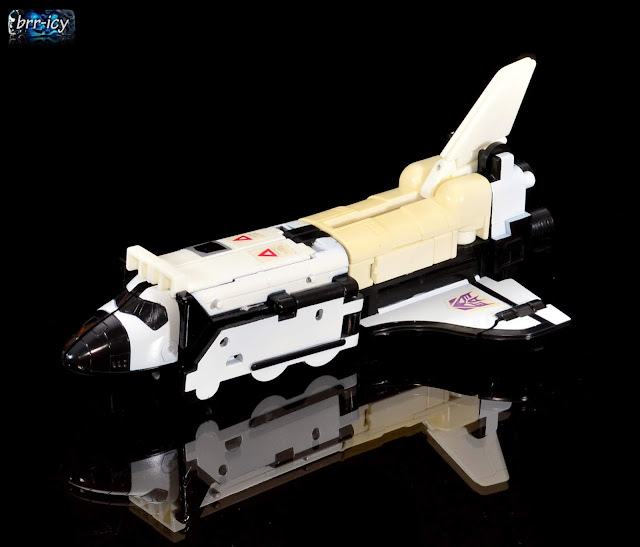 This one has a bit of yellowing and not all the labels applied. I love that it turned almost completely white during the transformation. Which is the reason why I prefer this colour scheme over the regular one. 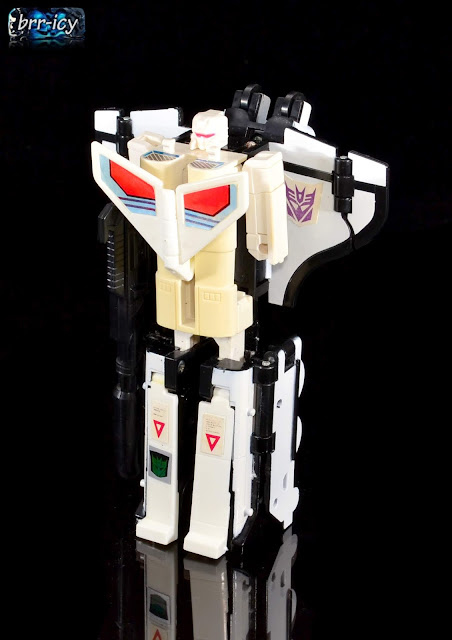 In bot mode, he remains mostly white, the gun is black as well. I really like the new new labels on the chest and thighs.
Posted by Brr-icy at 16:22