1986 Movie Decepticons and a Tag-Along

So, as a few of you know, I've been working on a huge project for Transformerland, I finally finished my part of it, a grand total of 1440 pictures sent into the site. I still hate taking pics on a white background though, and probably won't do any more for a while unless I need to do a few more for them. So, onto the point of the post, Burntrolls asked if I would post Gnaw, so I'm going to do the foursome from the movie.

First up, Galvatron. I picked this up from my Scottish friend. It needed new labels, missing the Y piece, and needed a deep cleaning. Now, however, he looks great. His cannon mode is pretty accurate to the movie. 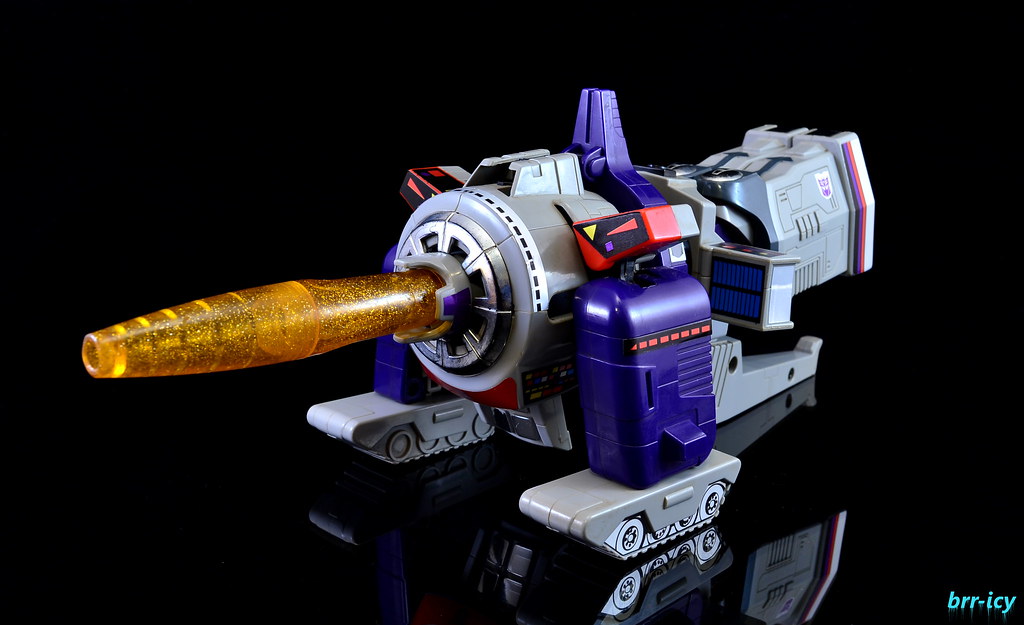 He also has a "gun" mode, not really much of a mode, but it's there. 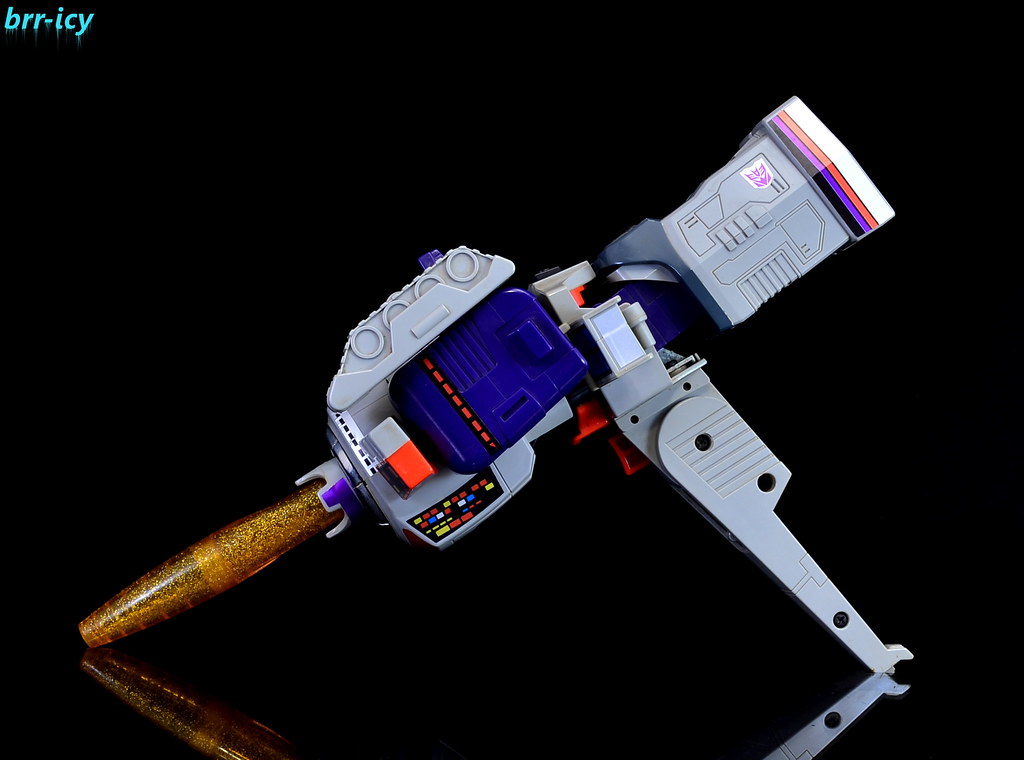 His bot mode leaves a lot to be desired when it comes to accuracy. but he is pretty poseable, knees, toes, waist, shoulders (out and rotate) and elbows. 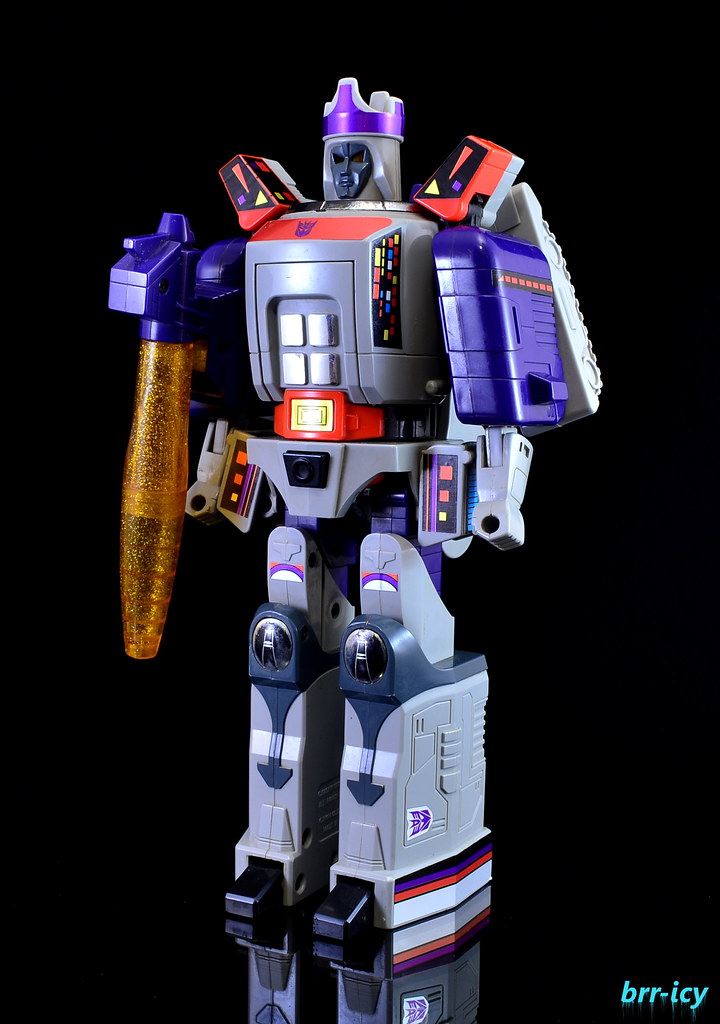 Cyclonus is the next one, his jet mode is pretty bang on the movie other than the legs being underneath. I initially had bought one of the "high quality" KOs of him, but my OCD and the fact that the ko's legs were uneven, causing him to fall over almost every time I walked in the room caused me to replace him (and subsequently all the so-called high quality kos in my collection) 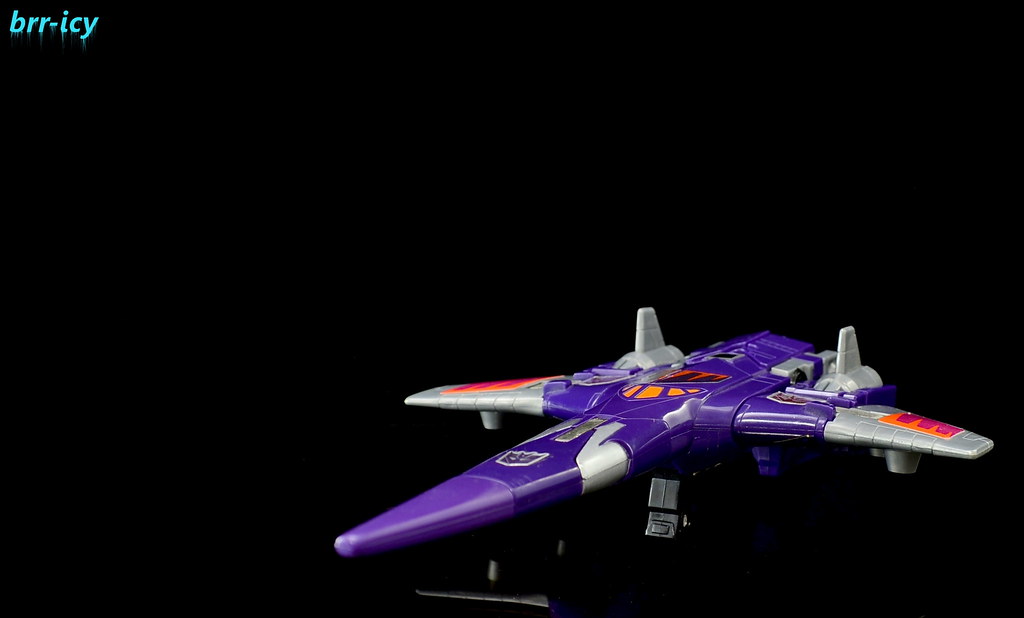 His bot mode is decently articulated, having all the same points as Galvatron except the outward shoulders are replaced by bicep swivels. 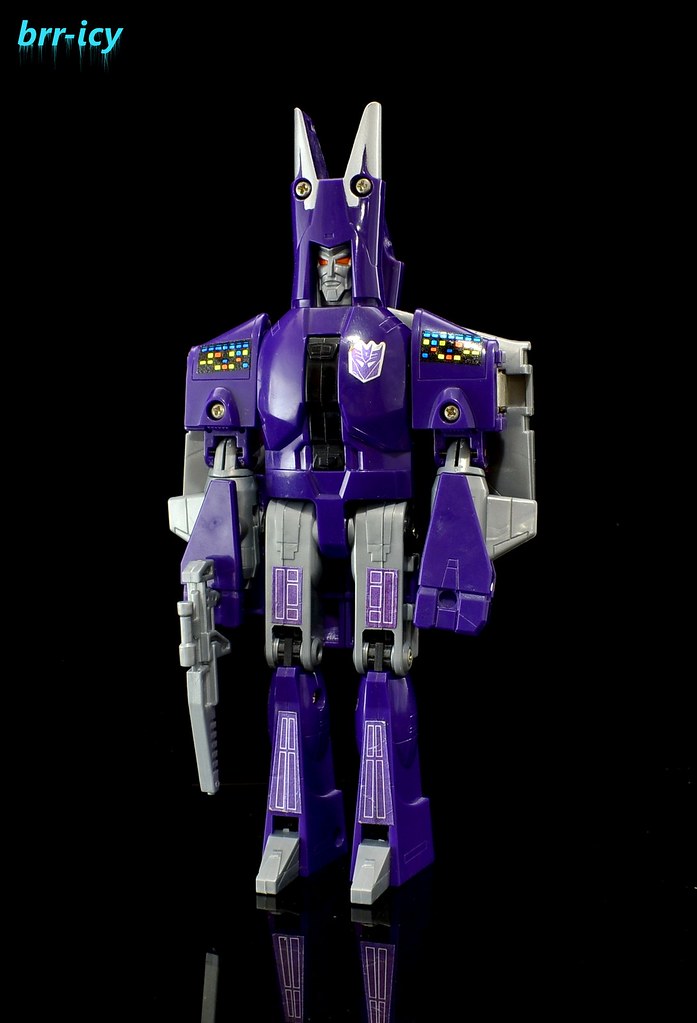 Scourge was another Megatoyfan purchase, I had never handled the mold before either, so it was kind of a treat to see how the legs transformed. 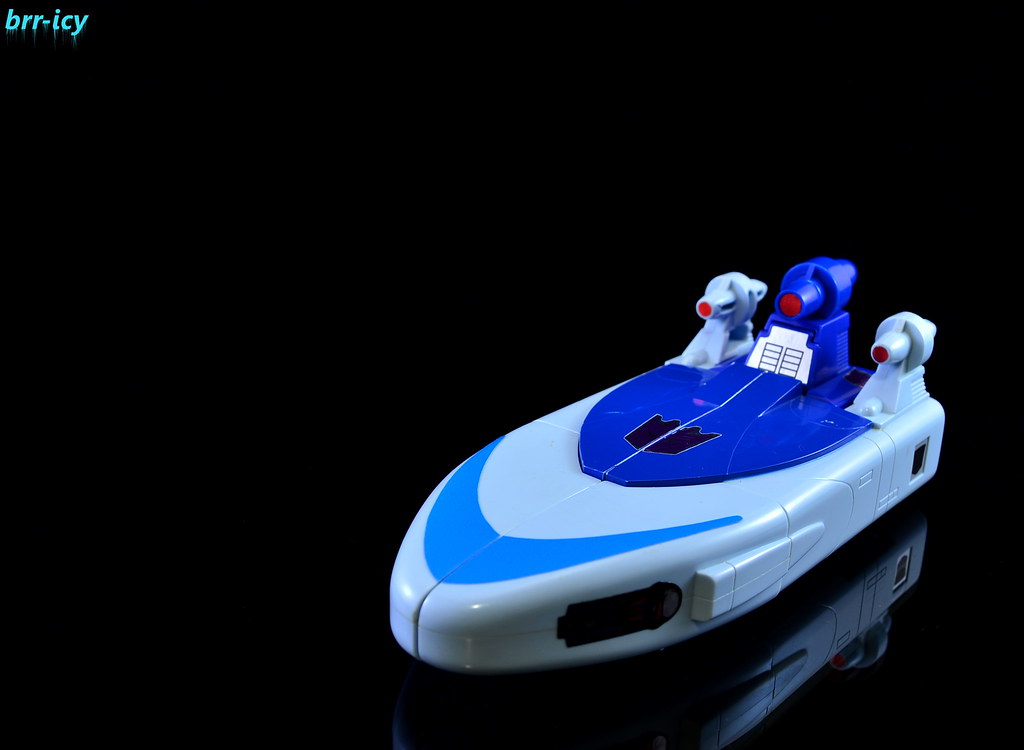 He's the least articulated out of the trio, shoulders, elbows, and that's about it. 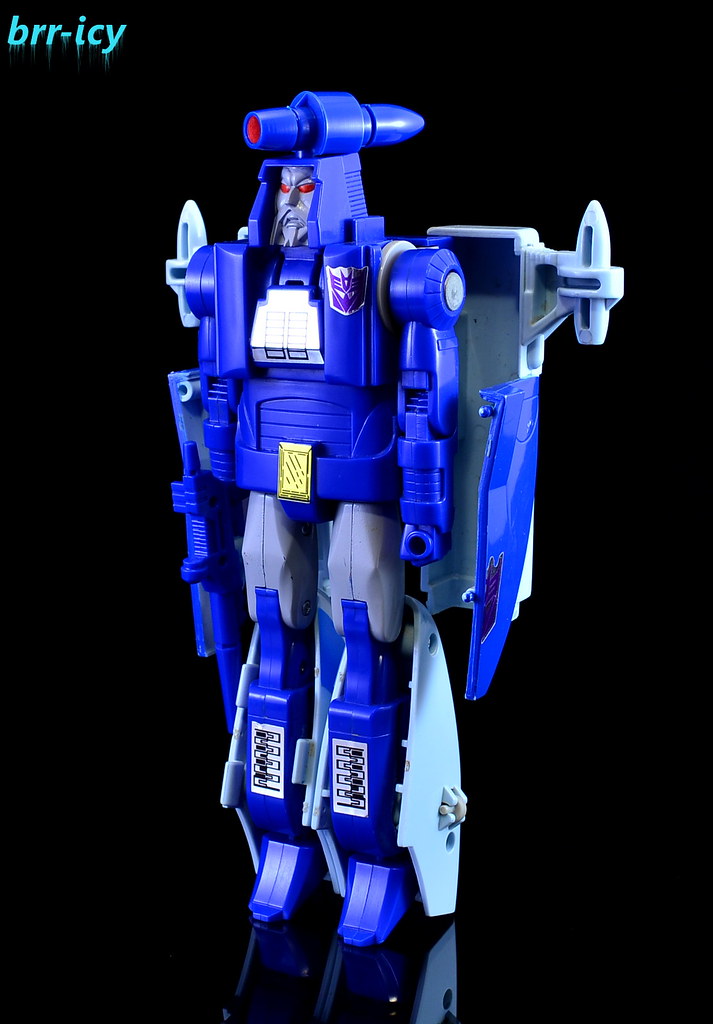 Next up is Gnaw, he was the last figure I needed to finish the 86 line as a whole. I finally picked him up at a toy show with Getaway and Blacker. I was pretty pleased to come home with the pair since they were the ones I wanted when I left the house, Blacker was just a bonus. I also sold everything I took with me :) 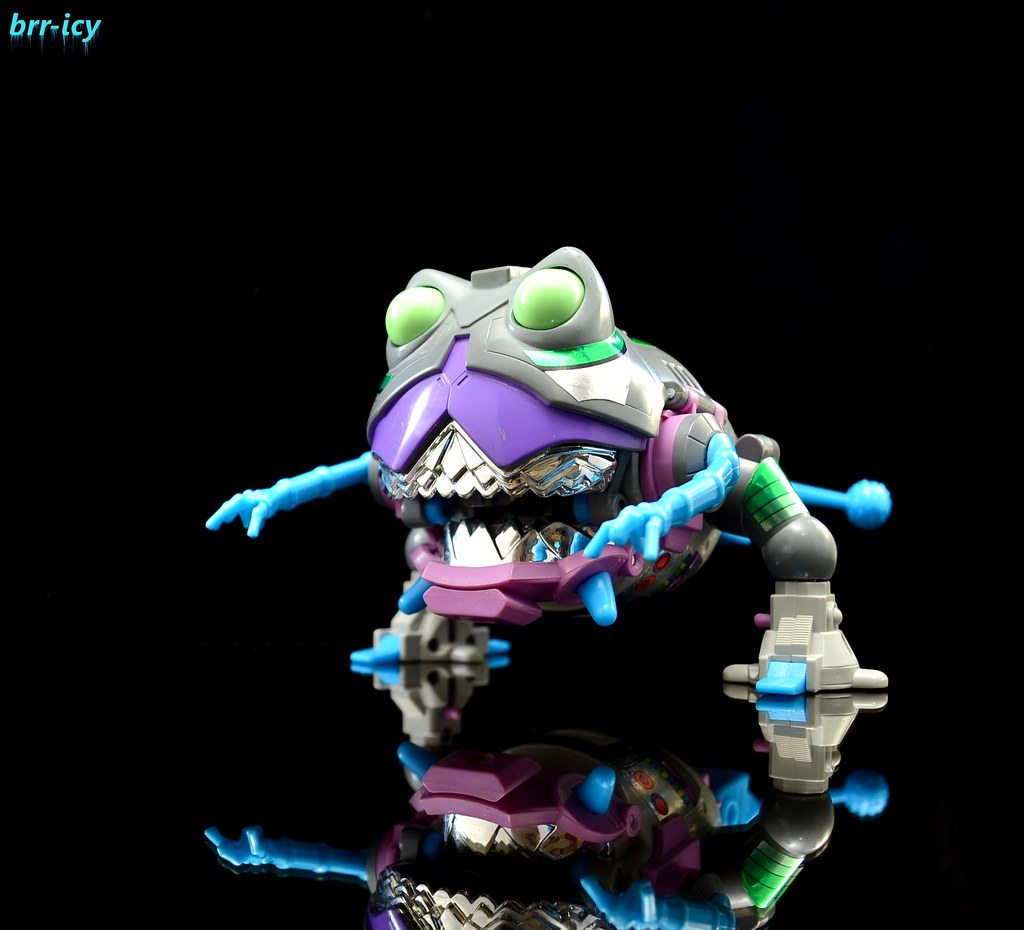 He's pretty static, just shoulders and forearm swivels, the Sharkticon mode is much more articulated. I was pleased with the condition of him. 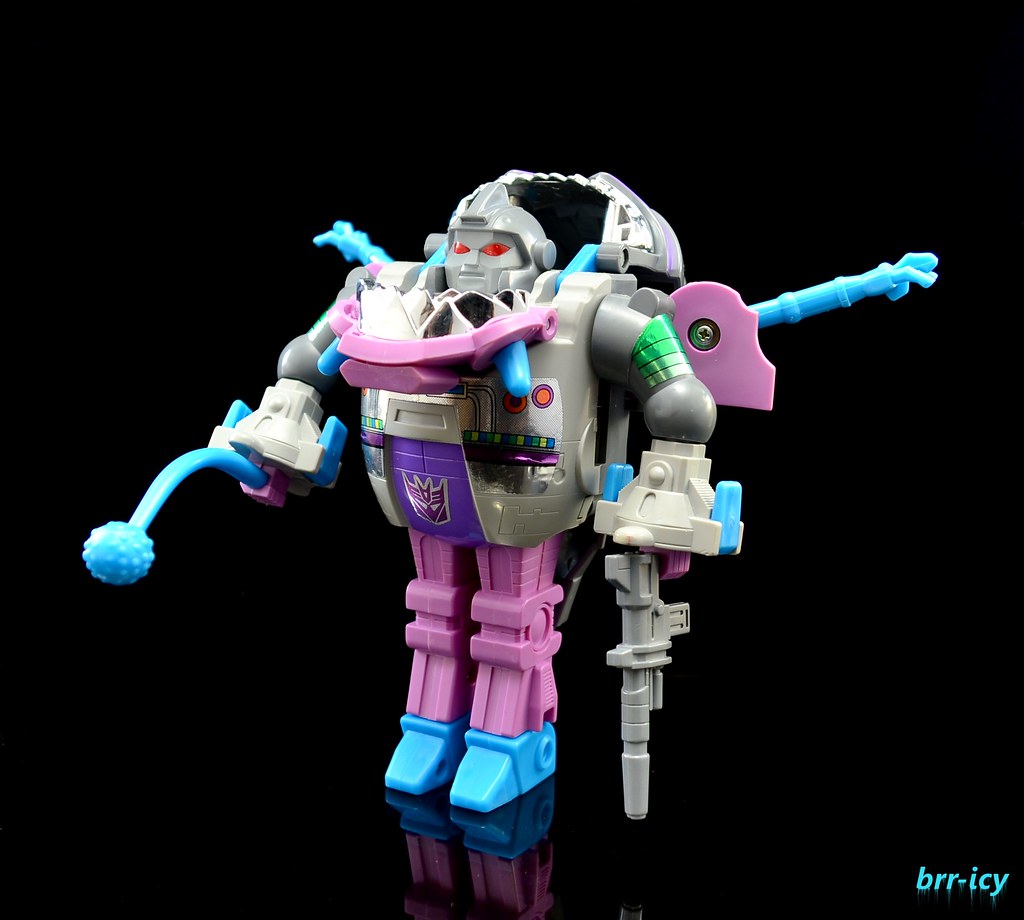 Lastly, I know the reviews on this figure are very mixed, but he was designed by a friend of mine, and honestly, he fits in the G1 line almost seamlessly. Impossible Toys Alicon. When I was a kid, these were my most wanted figure when I saw them on the movie, I don't know why, but I think I just liked the way they transformed.

The only thing I would have done differently would have been to give a sharper edge to the middle of the mouthplate. There's nothing I can really say about the spikes for the front of the shoulders since it would sacrifice accuracy if they weren't removable/included.

Here's a shot of them in my display, you can see how well he fits here.