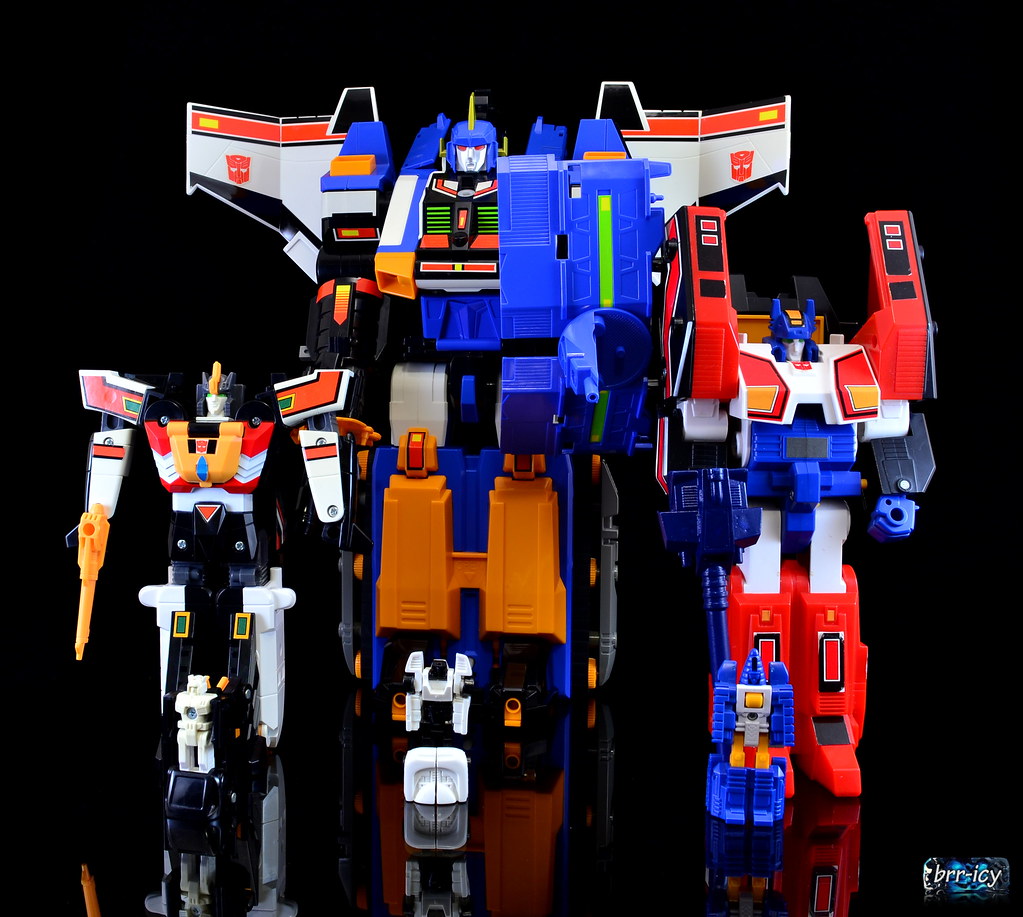 I've been waiting to post this review for a long time. I was waiting for the last piece to arrive. This set is made up of Dai Atlas, Sonic Bomber, and Roadfire. This was probably top three in my grails list, the main reason being...Micromasters! These are referred to as the Powered Masters, as all three make use of a motor, Dai Atlas's using batteries, and the other two use a wind up one.


We'll go figure by figure, starting with Dai Atlas. He's the new Cybertron leader in Zone. The treads on him are motorized, and can be ran both ways in any mode. In robot mode, they are his heels, and he has wheels on the wheelie-bar type parts so he can roll. He has a couple ways of being armed. The way that's shown the most often is the gun and shield combo. It is the one that leaves the least amount of parts laying around. 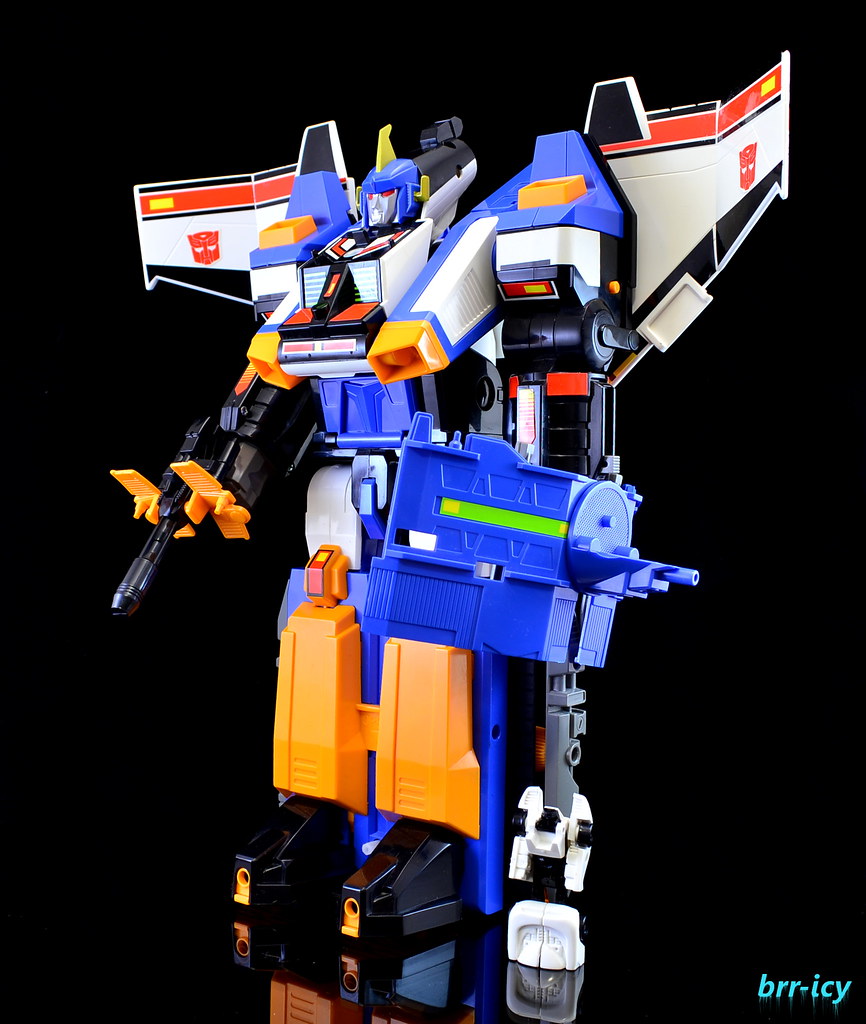 The other way he can be armed is the Z Sword, his wings attach together to form this. In the OVA, he uses this to kill Predaking. 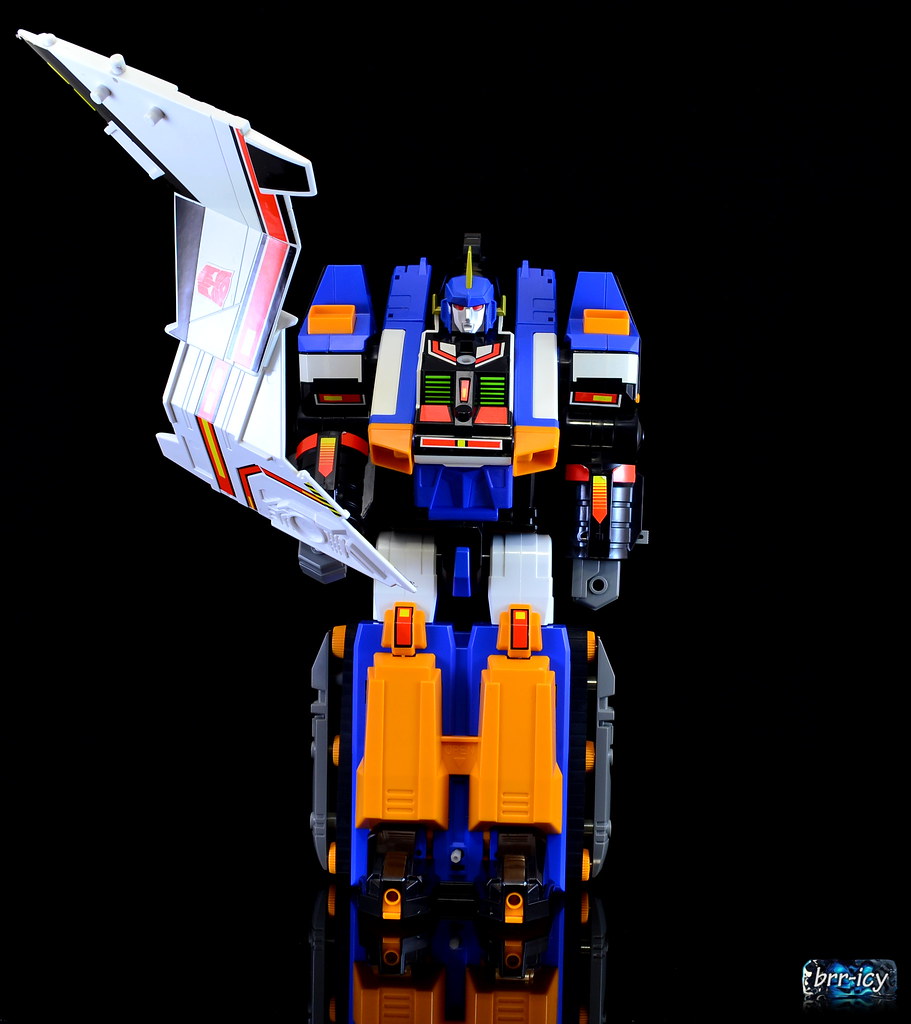 He is a quad-changer. His first alt mode is a drill tank. The motors run the treads of the tank and also spin the drill on the front. On top of the tank a panel opens up to reveal a space for his Micromaster to pilot him. 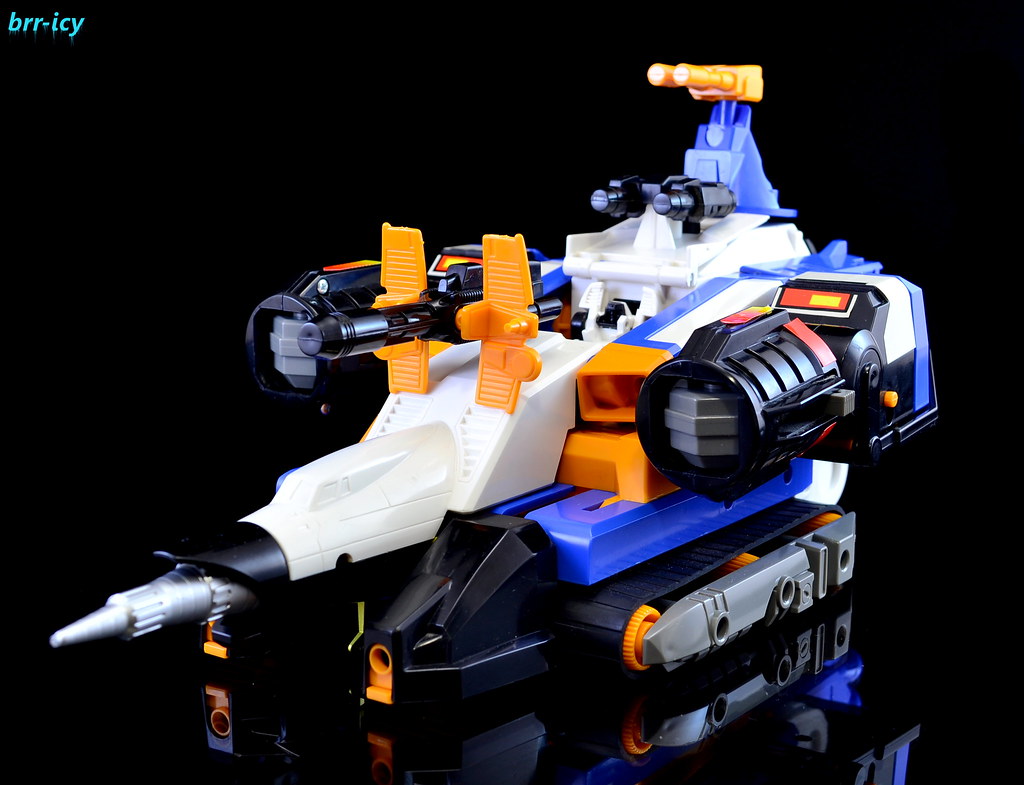 His second alt mode is a jet, it's not all that convincing, but it does the job well enough for me 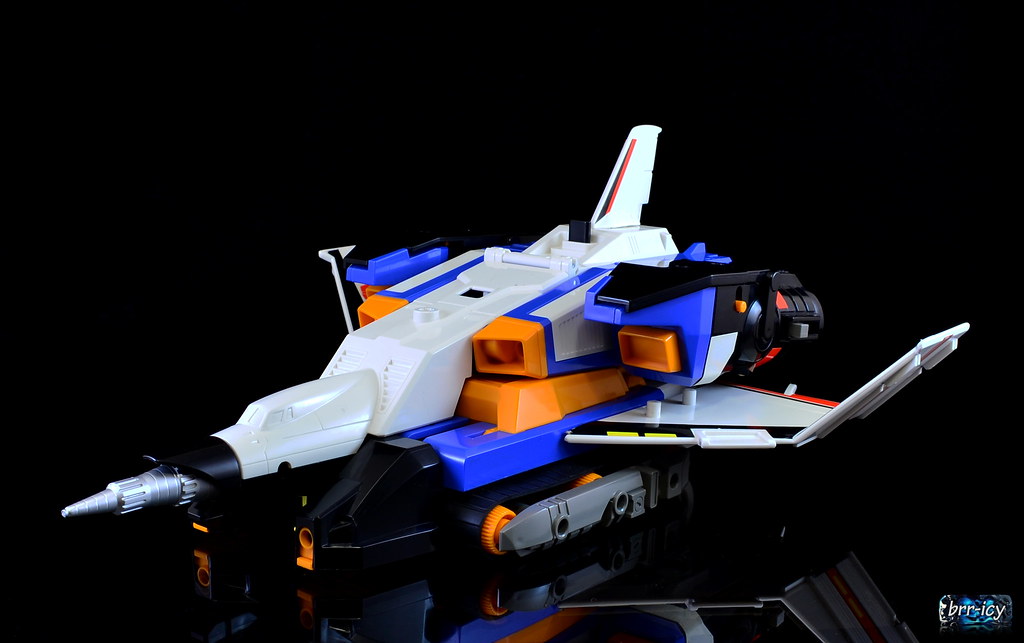 One of the other features of both the jet and tank mode is there is a launcher in the rear of the vehicle covered by a hatch. you can see the tab in the jet mode pic that launches the micromaster, and it can go a few feet, pretty powerful.

Lastly, he has a base mode. this mode also makes use of the engines as a moving sidewalk, and the turret in the middle spins. The launcher can be used in this mode as well as two ramp launchers up on the arms (orange pieces) that make a Micro go down the ramps onto the moving sidewalk. 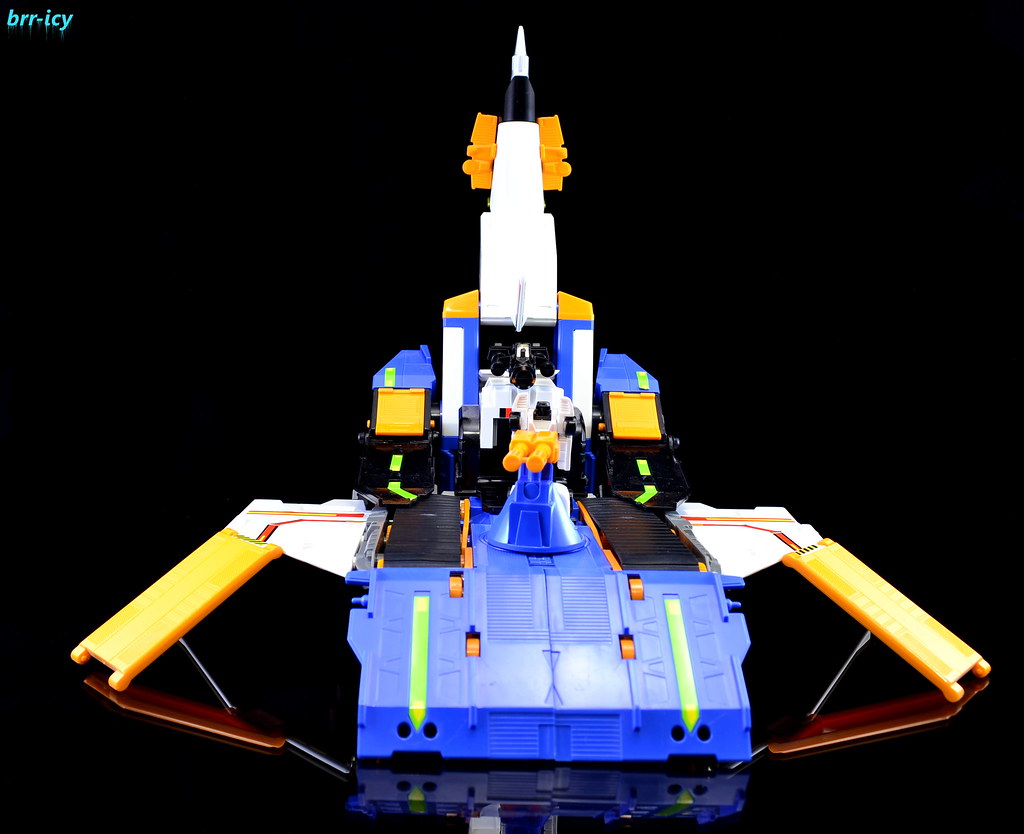 His Micromaster partner is Speeder, who in fiction is also his son. 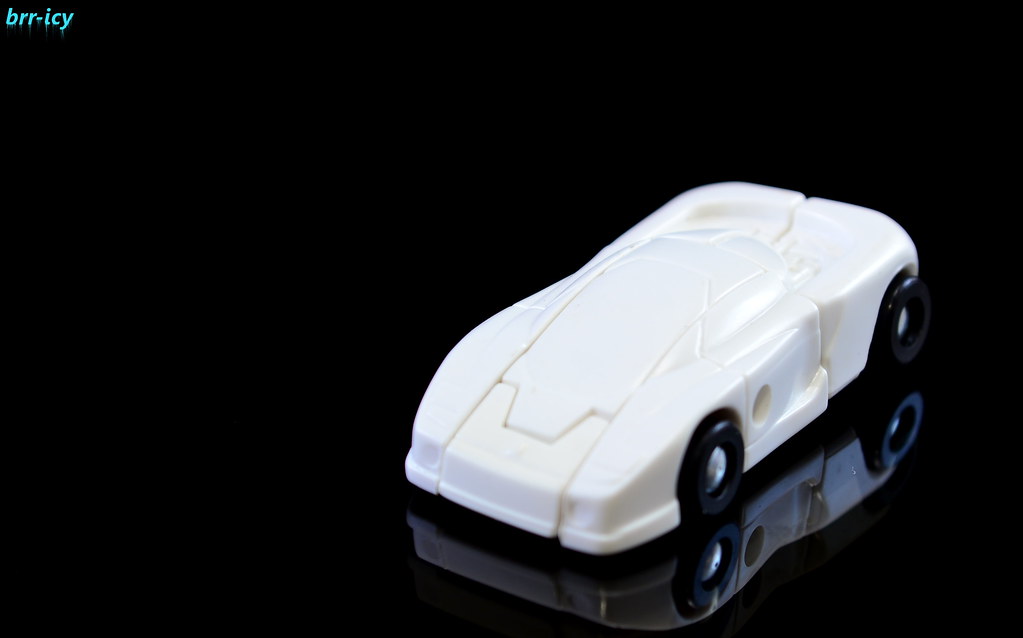 He has a fairly typical micromaster transformation. 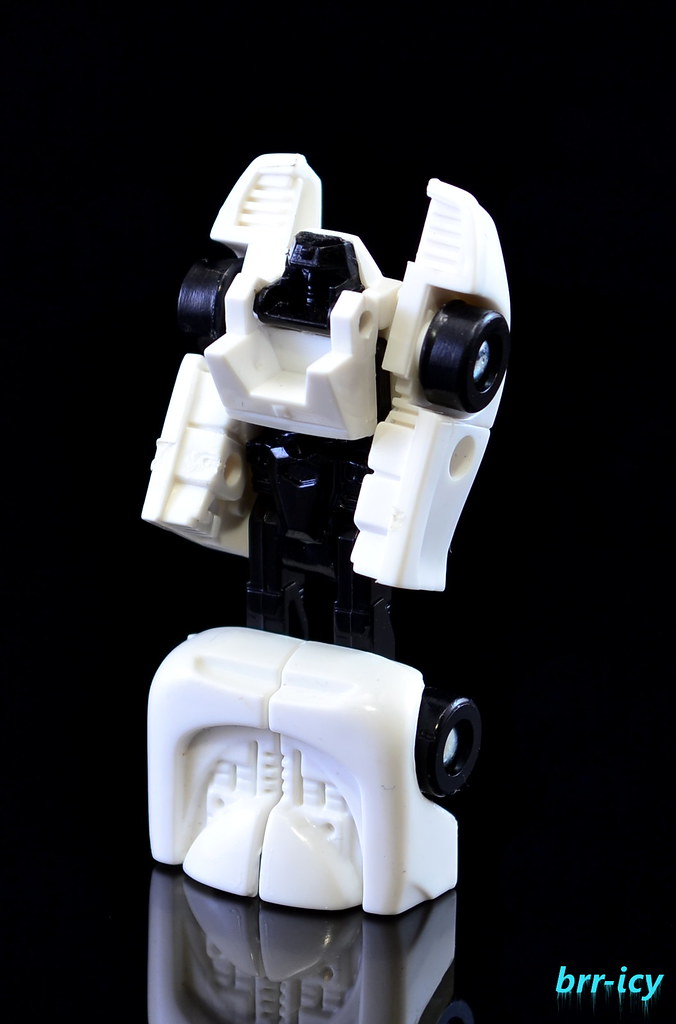 One of the bonus configurations for the accessories is a little skiff type vehicle for Speeder to ride made from the turret and the rear part of the shield. 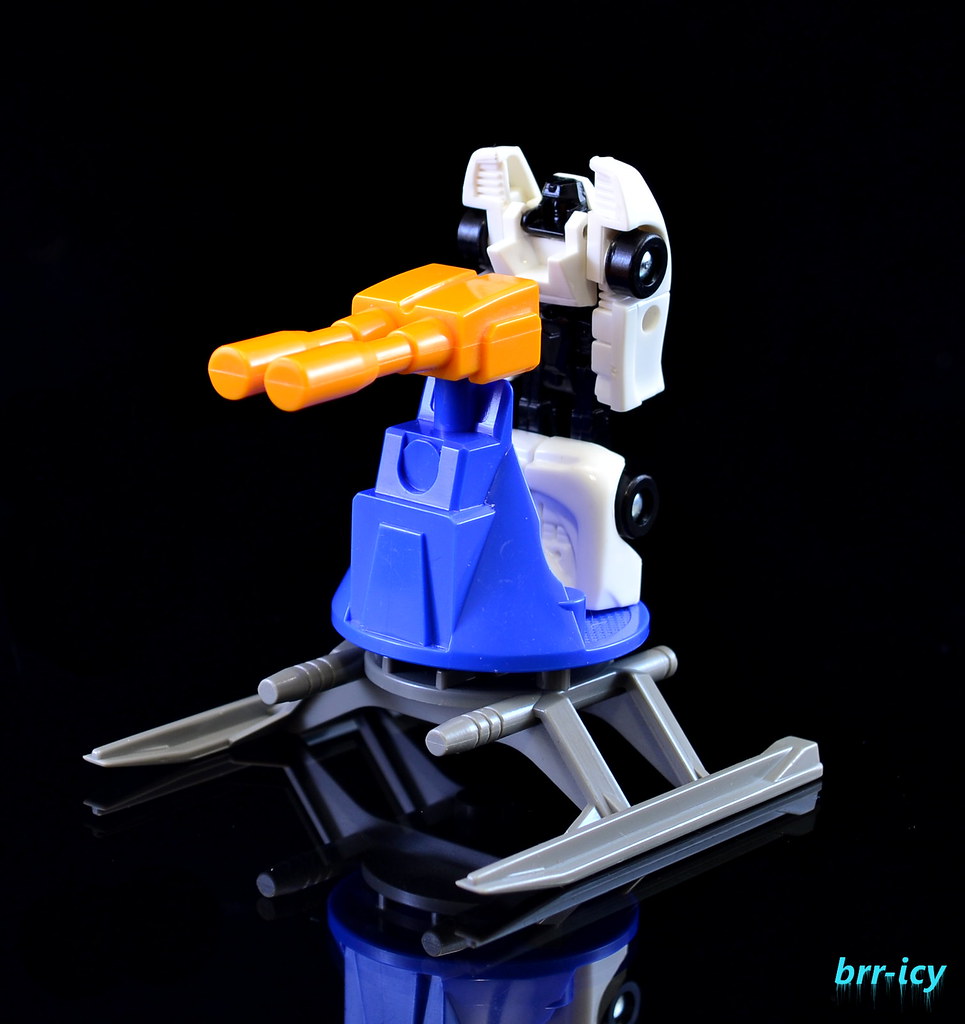 The next one to be released was Sonic Bomber. His bot mode is very late G1 looking. I had the most trouble locating him out of the trio. Dew finally hooked me up with him late last year, and he was part of the haul that included Buster and Ranger. 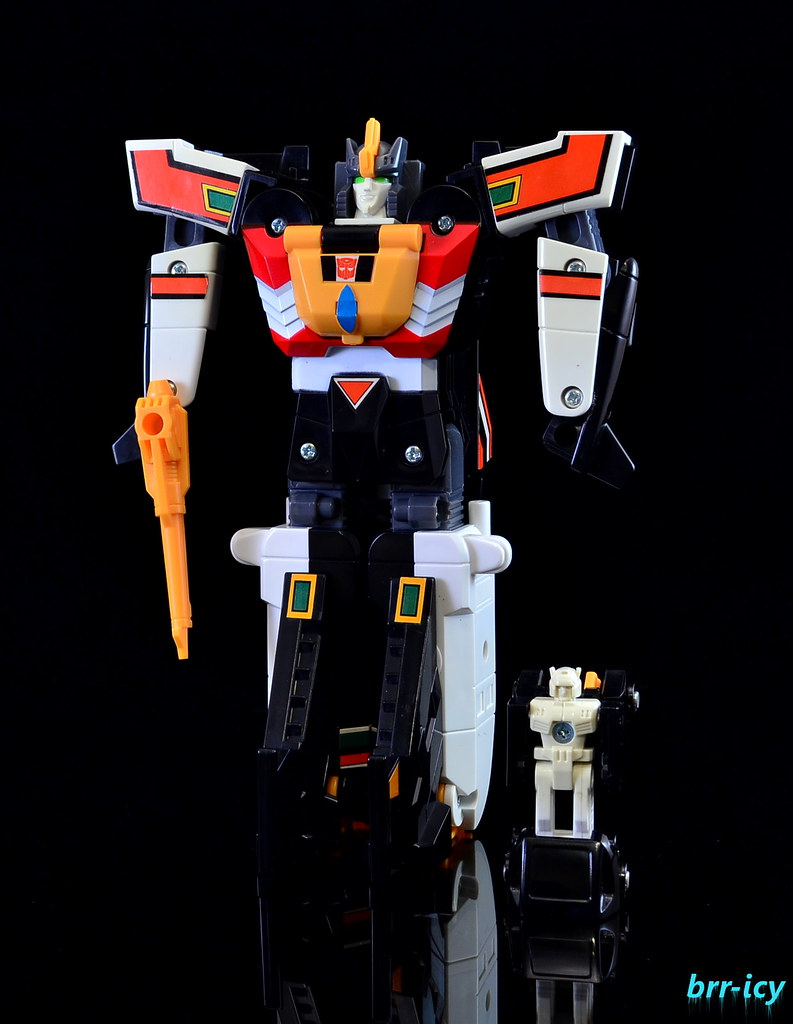 He turns into a jet, kind of reminiscent of an SR-71. The chest plate flips open to make the front landing gear, but other than that, not much going on in this mode. 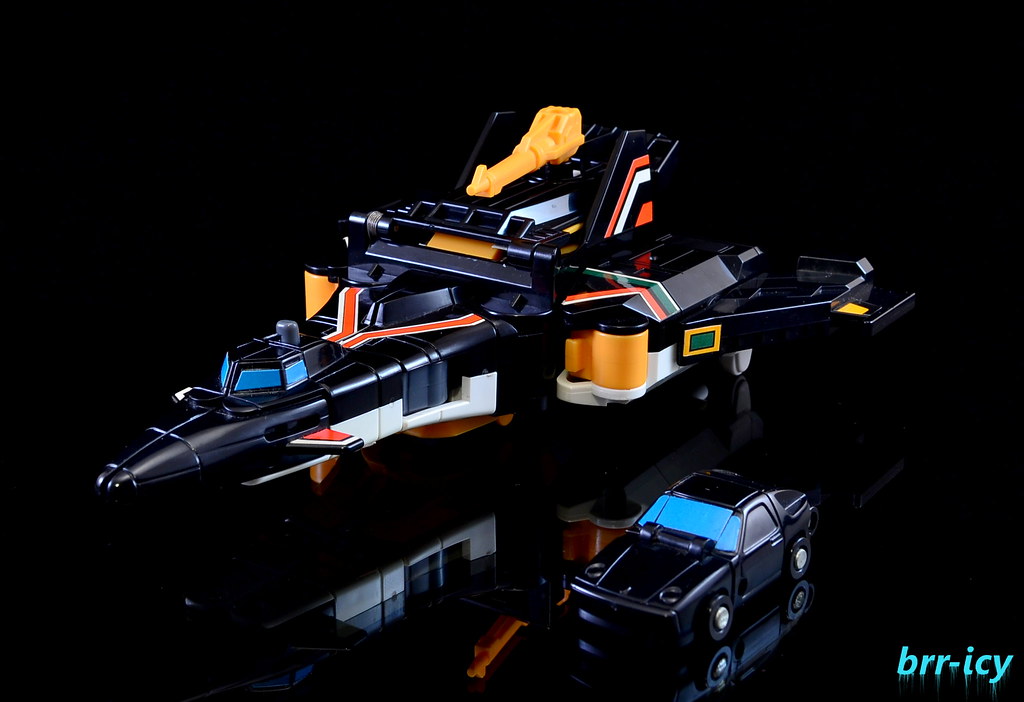 His third mode is a base. You push the grey button on the cockpit to activate his motorized (wind up motor) gimmick to split the arms and bring the head out. 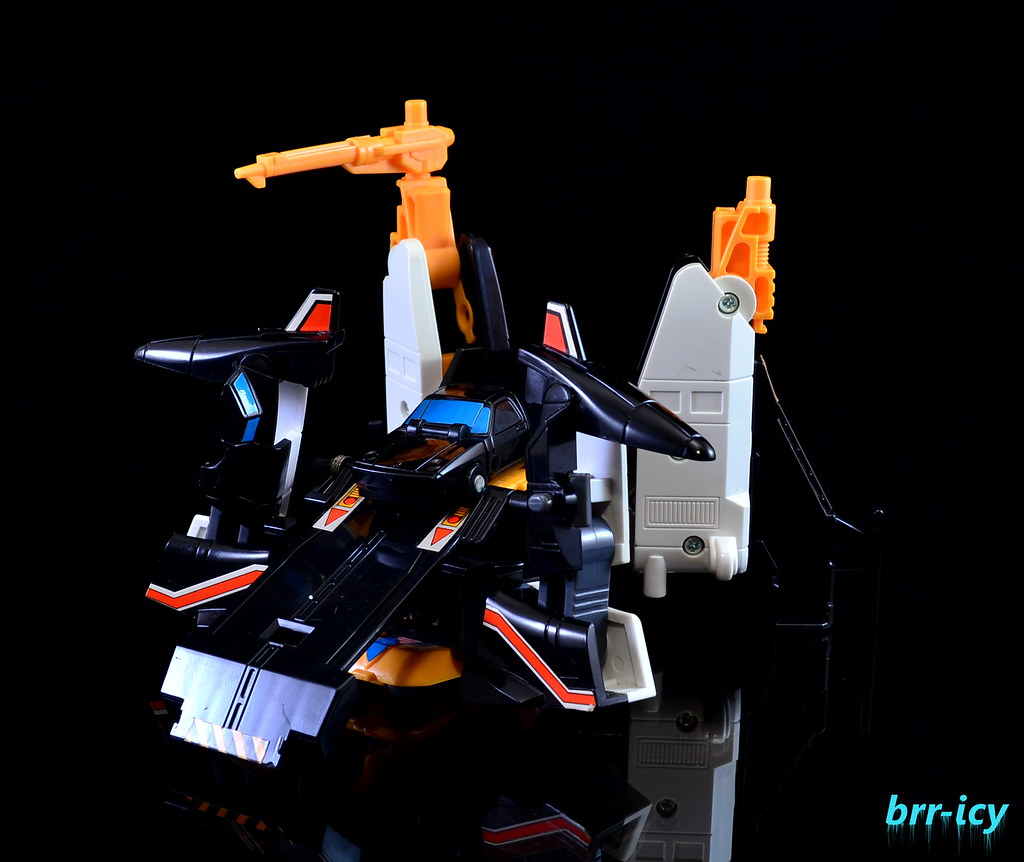 \In between his legs/rear towers there is a button to make the floor panel go up like shown in this pic to roll the Micromaster down the ramp.

His Micromaster partner is Sonic, He's pretty typical of a car Micro, I thought it was kind of interesting that they used the two main Micromaster hood transformations for him and Speeder. His is the over the back hood. 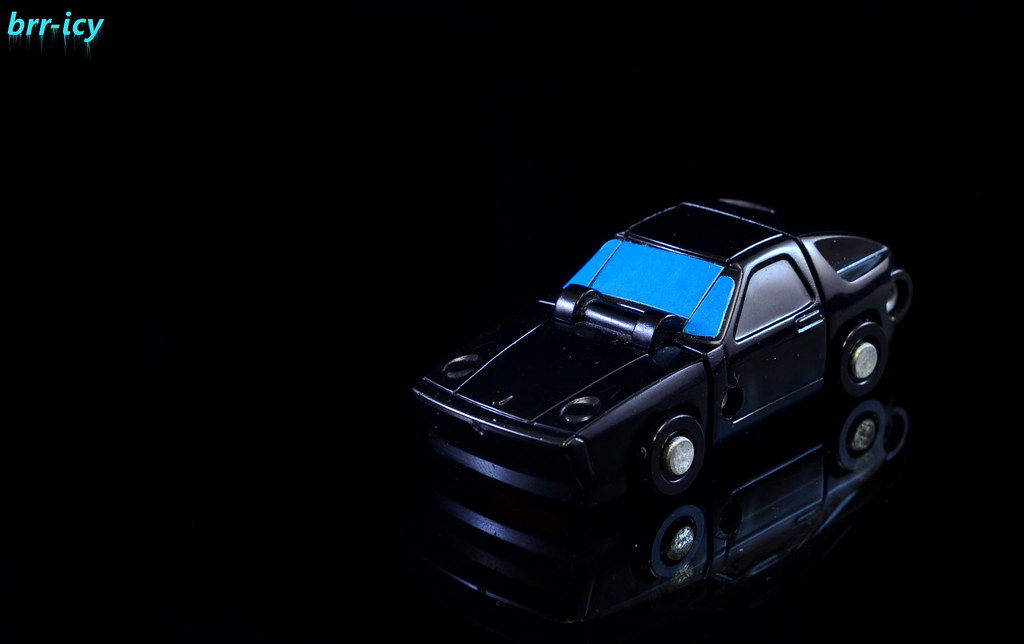 His bot mode is prone to yellowing pretty bad. Especially being in the window of the box. He has a fairly strong clip inside the hood to keep it locked in car mode, I think he is the only Micro to use this. 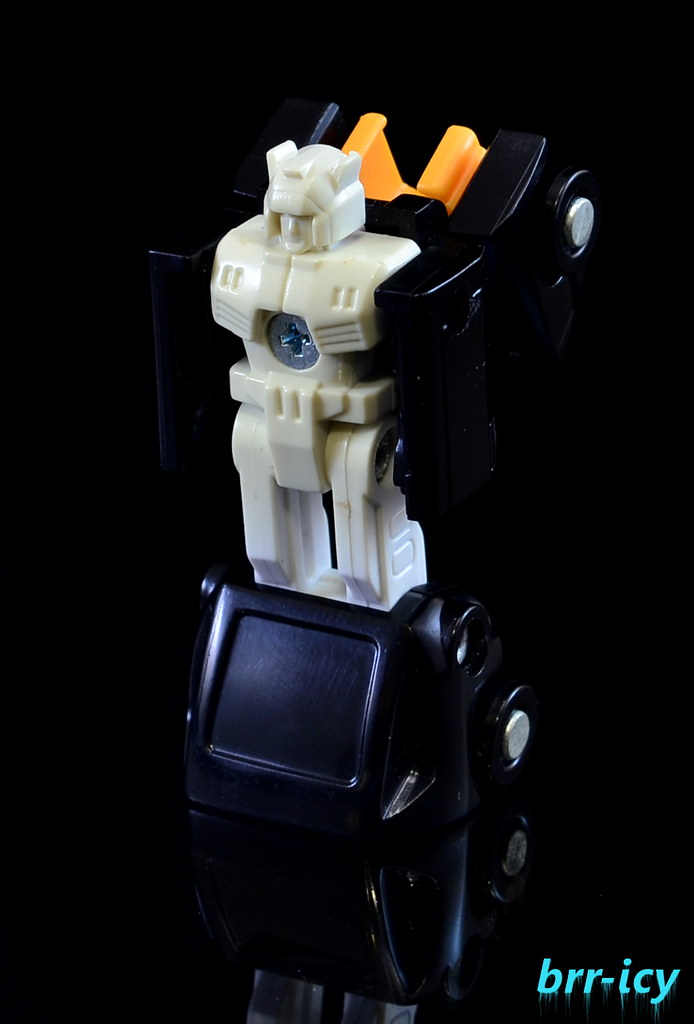 Lastly in the set, Roadfire. I got him incomplete, so it took me a while to track down his Micromaster and I got a reproduction gun for him until one of my friends finds me the gun he has for me. I figure this should tide me over until he does. His bot mode is pretty neat. 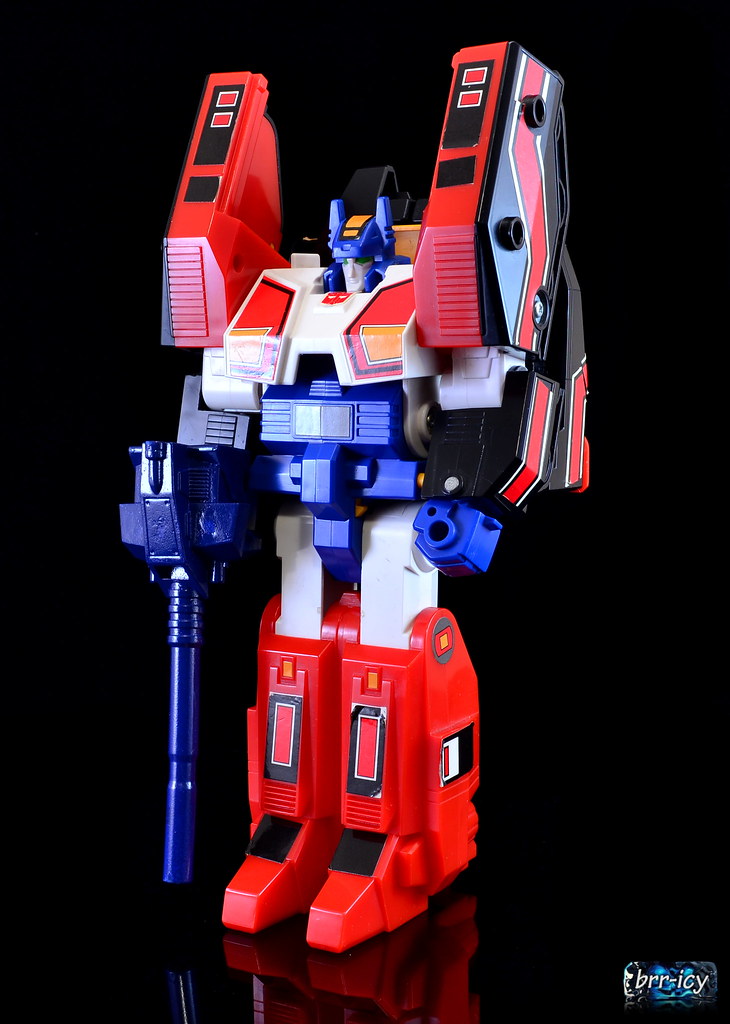 His alt mode is a tank, I really like it for some reason. 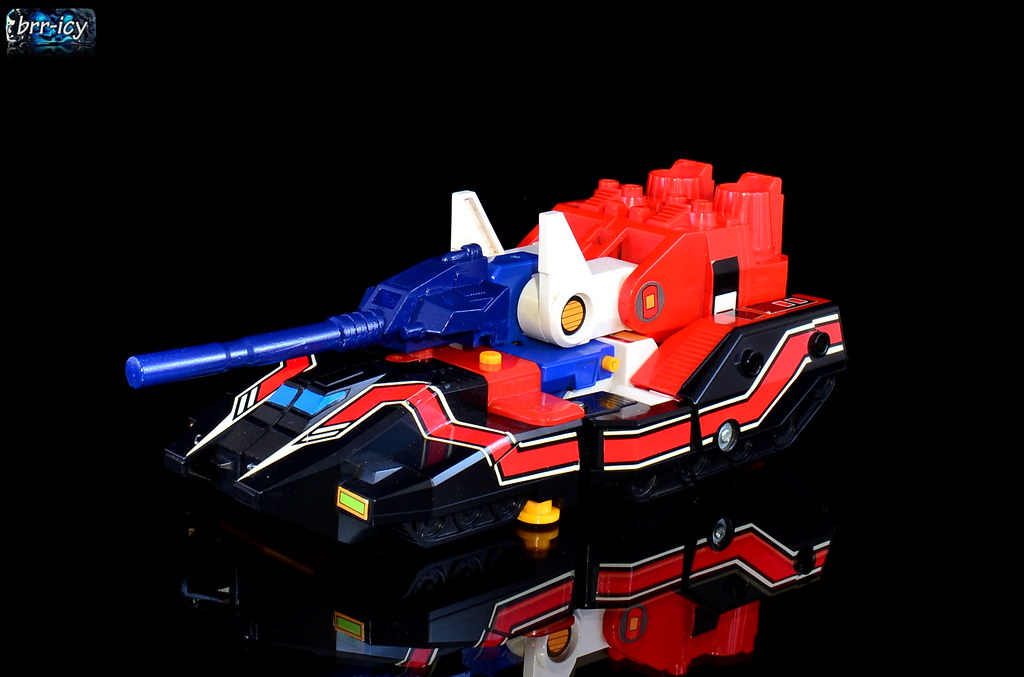 The yellow button you can see on the side of the tank on the blue area activates his base mode. There is literally no transformation afterwards. When you push the button, the wind up motor is released, and the legs go up, once they reach the top, the white pointy bits activate the two yellow buttons on the front and swing open the sides, The launcher inside will launch the Micromaster out at the same time as well. 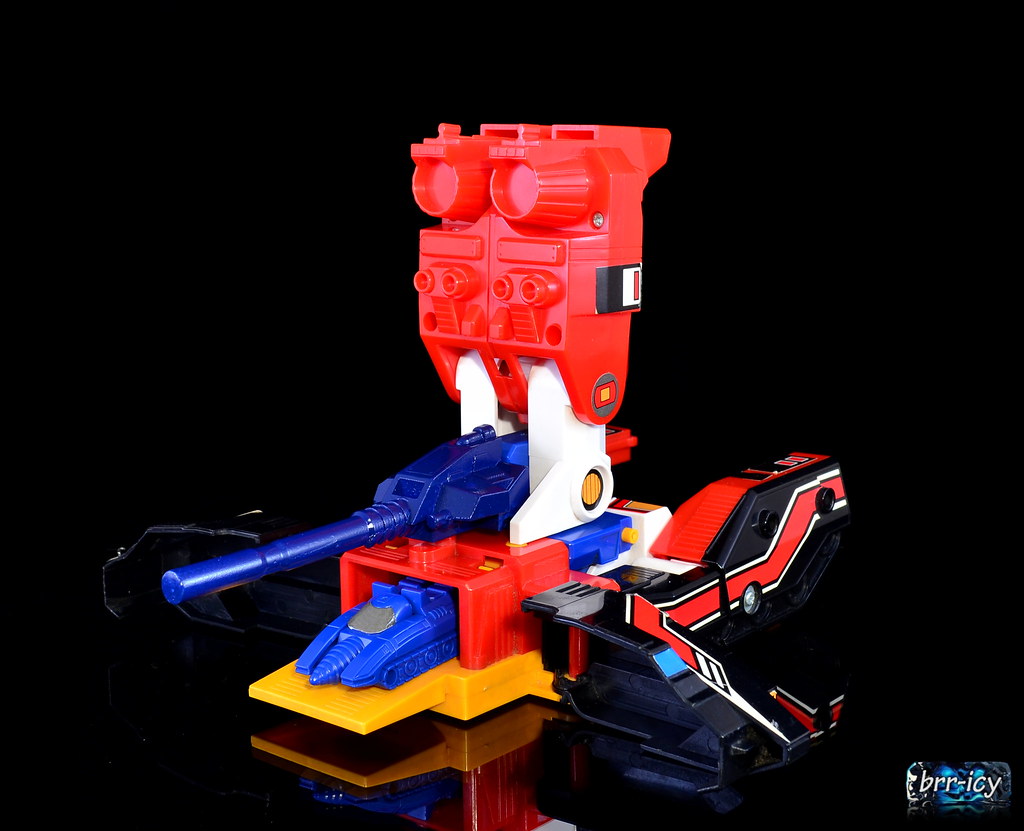 His Micromaster partner is Drillbuster, I had a difficult time tracking him down, but I finally secured one from Random Toy Review's Flywheels. I also snagged a second one from Megatoyfan with the label which I transferred over to the brilliant white one that Flywheels got me. He turns into a drill tank  (you can't tell the late 80's sci-fi had a fascination with drill tanks at all) 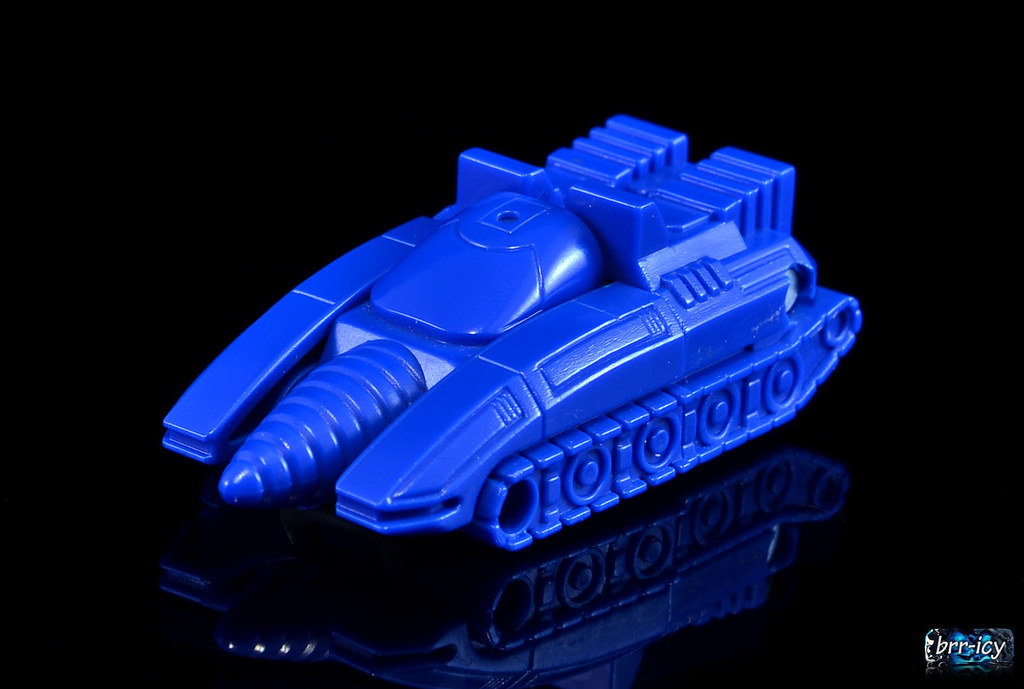 He's pretty simple, even for a Micromaster, just unfold the legs. 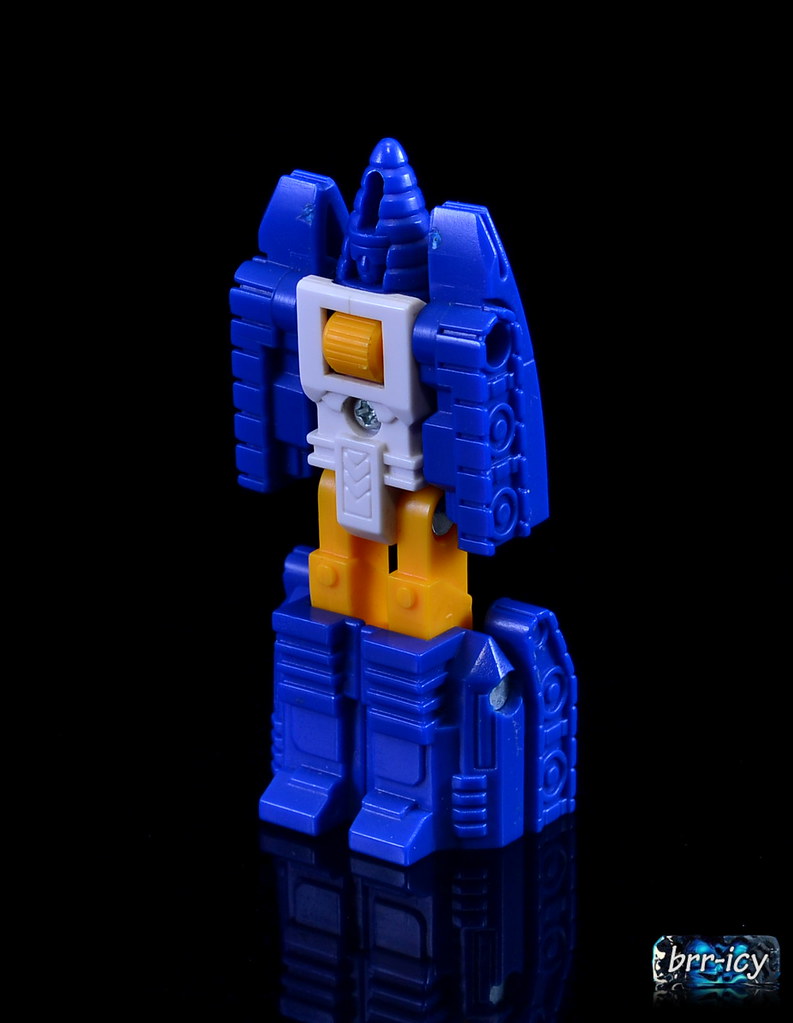 Now, on to the reason these were posted all together. They have a combining gimmick. The vehicle modes can be combined in three ways.

Firstly, you can combine them into Sky Powered. This is a combination of just Sonic Bomber and Dai Atlas. 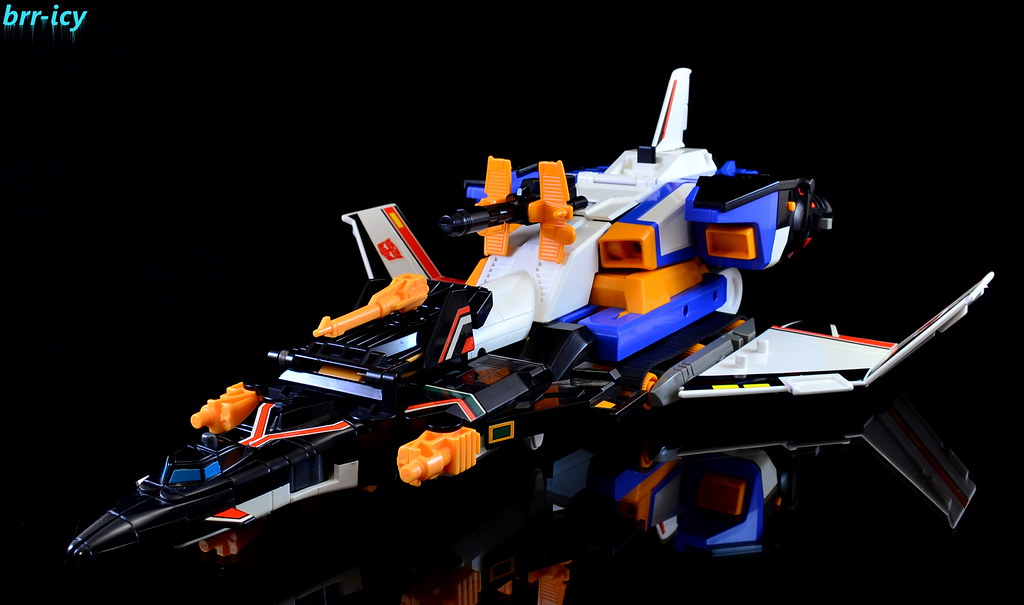 Secondly Land Powered, which is just Dai Atlas and Roadfire. 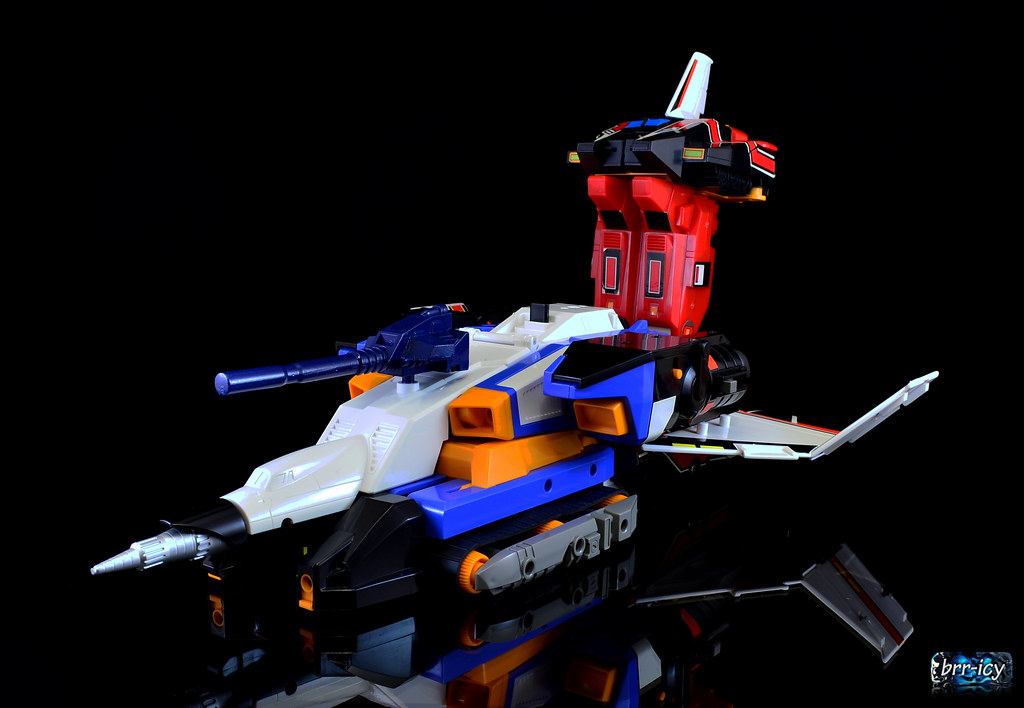 And finally, Big Powered, which is a combination of all three. It's a pretty impressive size, going on or a bit bigger than two feet long. 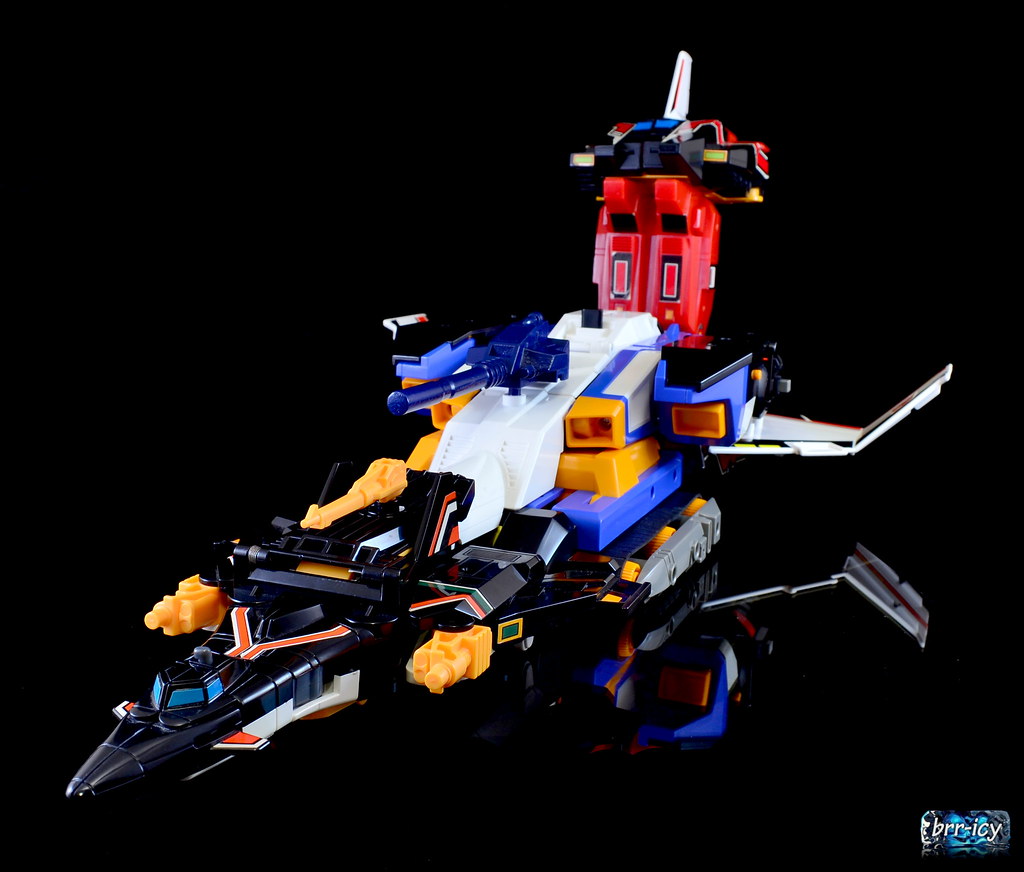 In base mode, they all link up as well with the ramps forming a huge Micromaster base, only to be outdone as the biggest one ever the next year by Triple Combination Battlestar Attack. 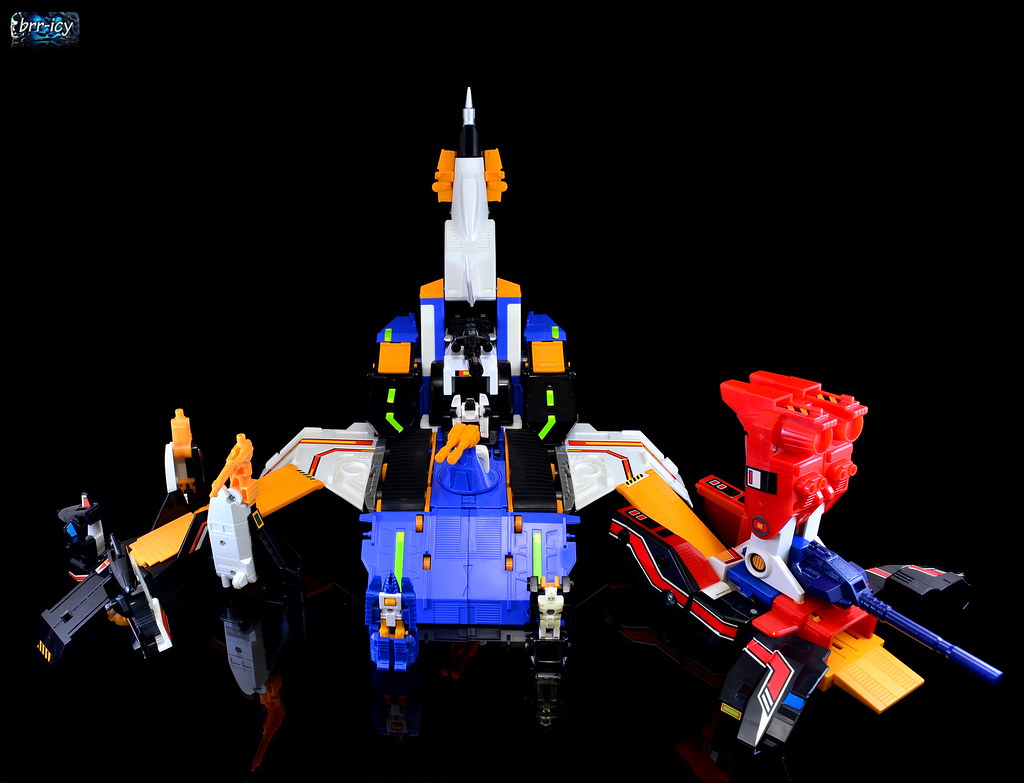 Some group shots of the three Micros. I think I would have liked some orange and blue to carry over onto Speeder too. 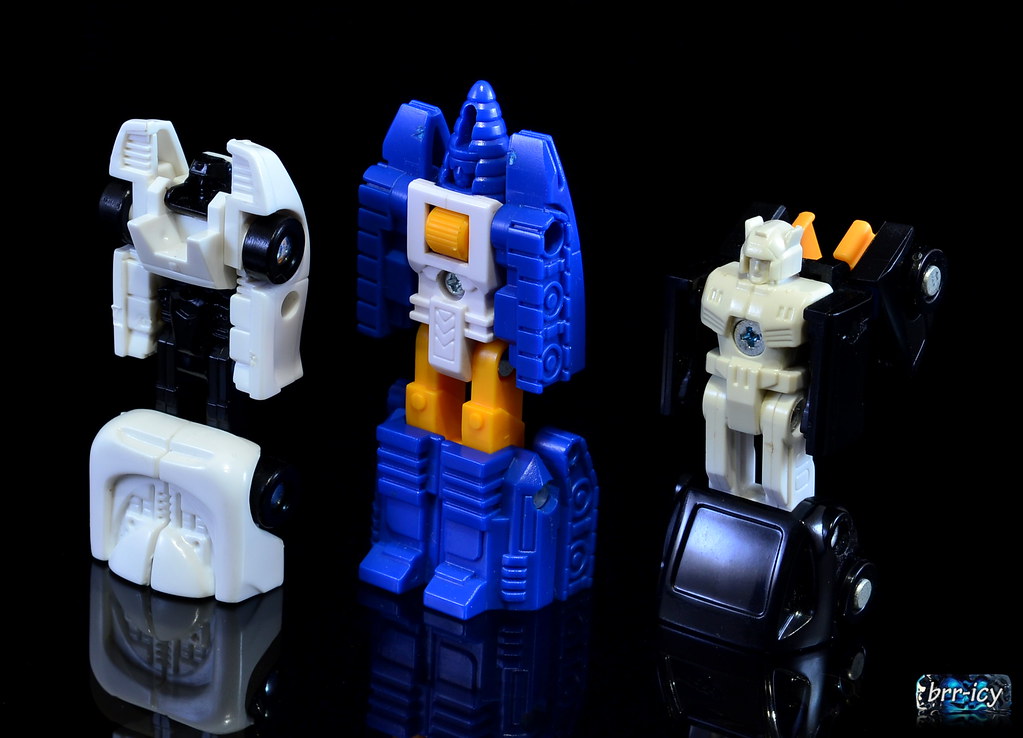 Lastly, a couple with package shots of Dai Atlas and Sonic Bomber, Roadfire's, I will get fairly soon. 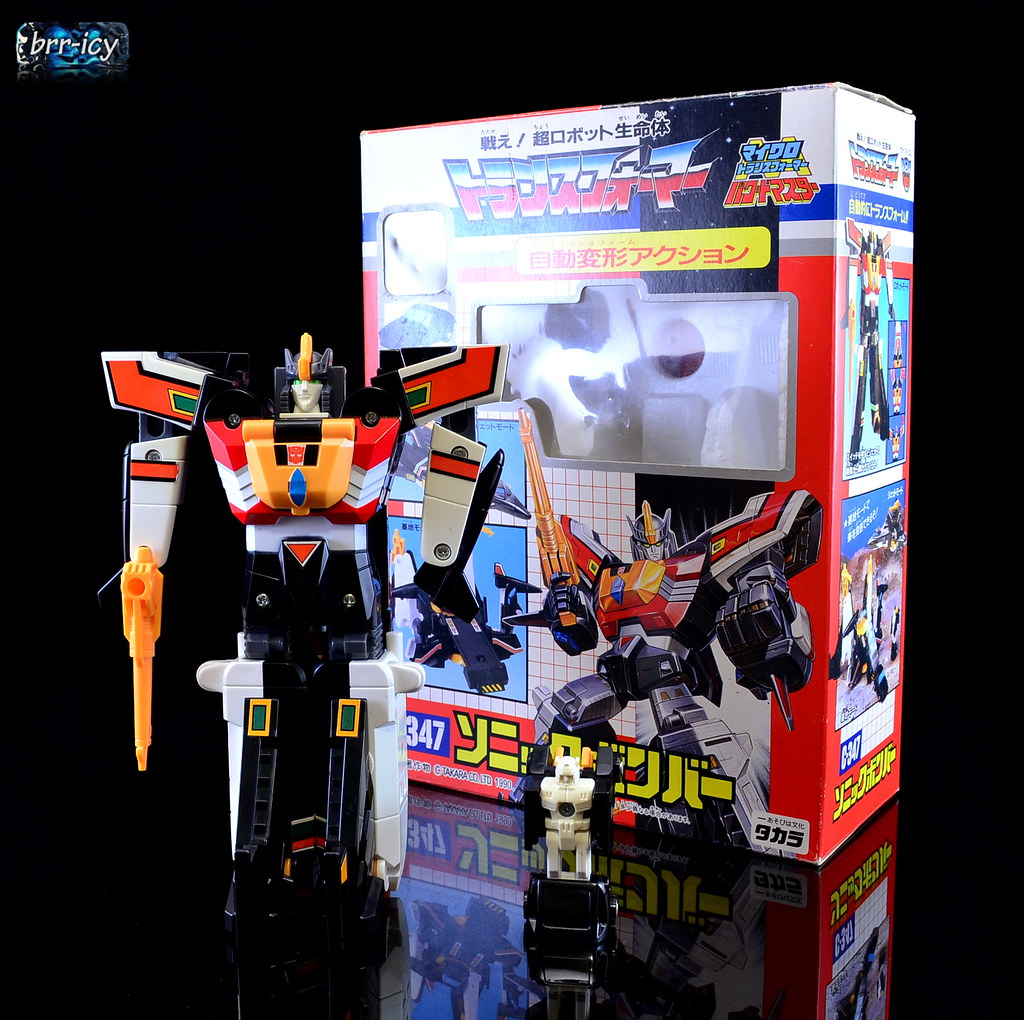 Hope you guys enjoyed reading this as much as I did writing it. These are definitely a great set for someone that likes Micromasters and late G1 figures as much as I do.
Posted by Brr-icy at 11:53