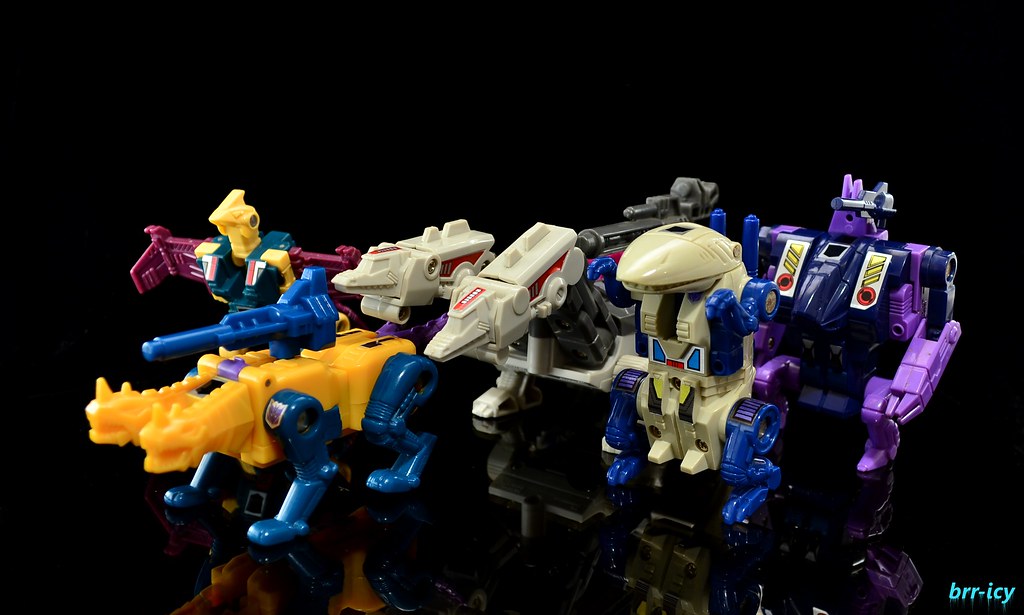 One of the most unique combiner teams from G1 is the Terrorcons, released as a rival for Computron in 86. I pieced the set together from a couple different places. No real story behind it. 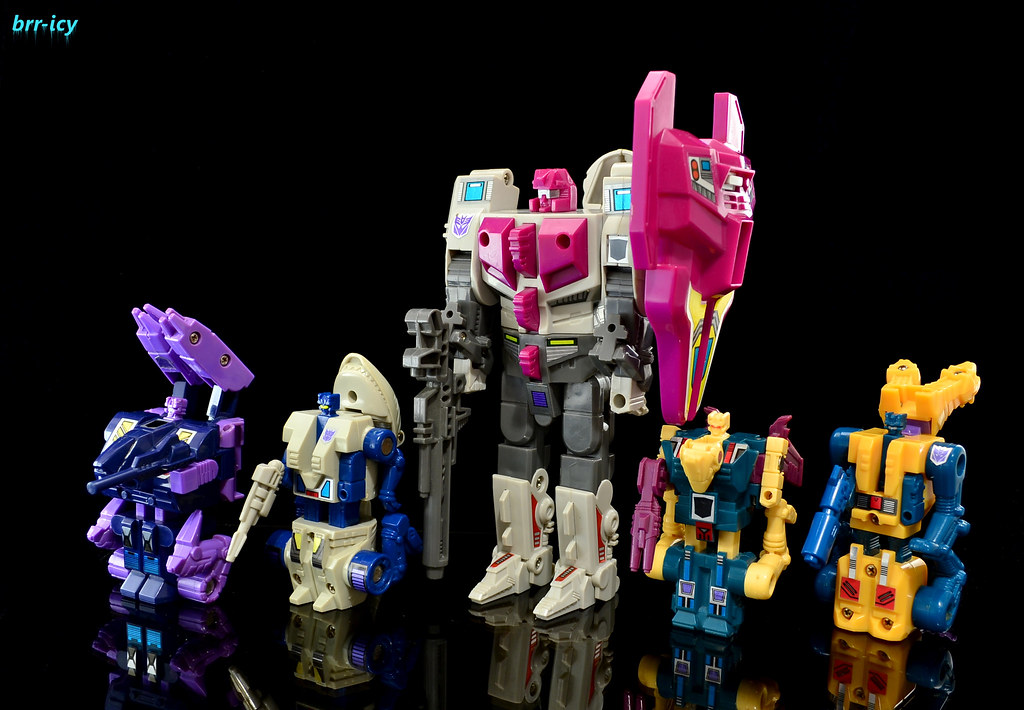 First up is Cutthroat, He's some sort of bird like monster. One of the first figures that was made with a weapon forming part of the alt mode. It forms the tail of the beast. 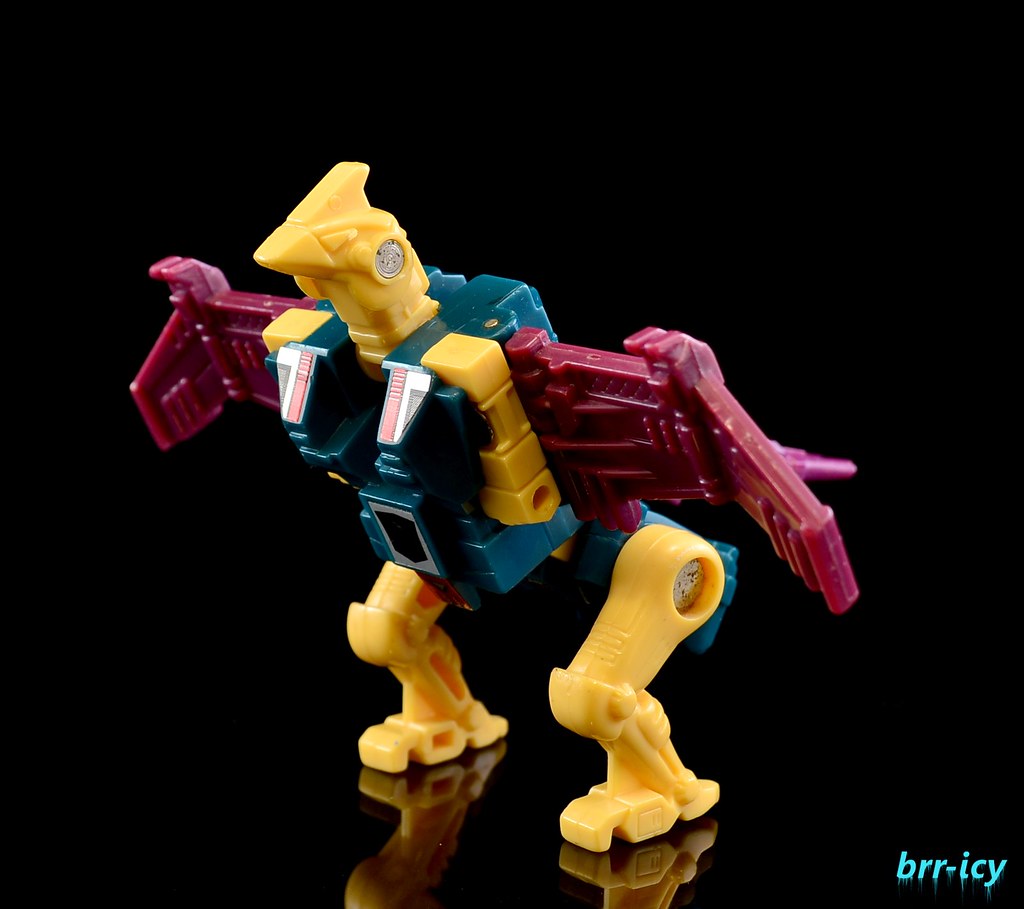 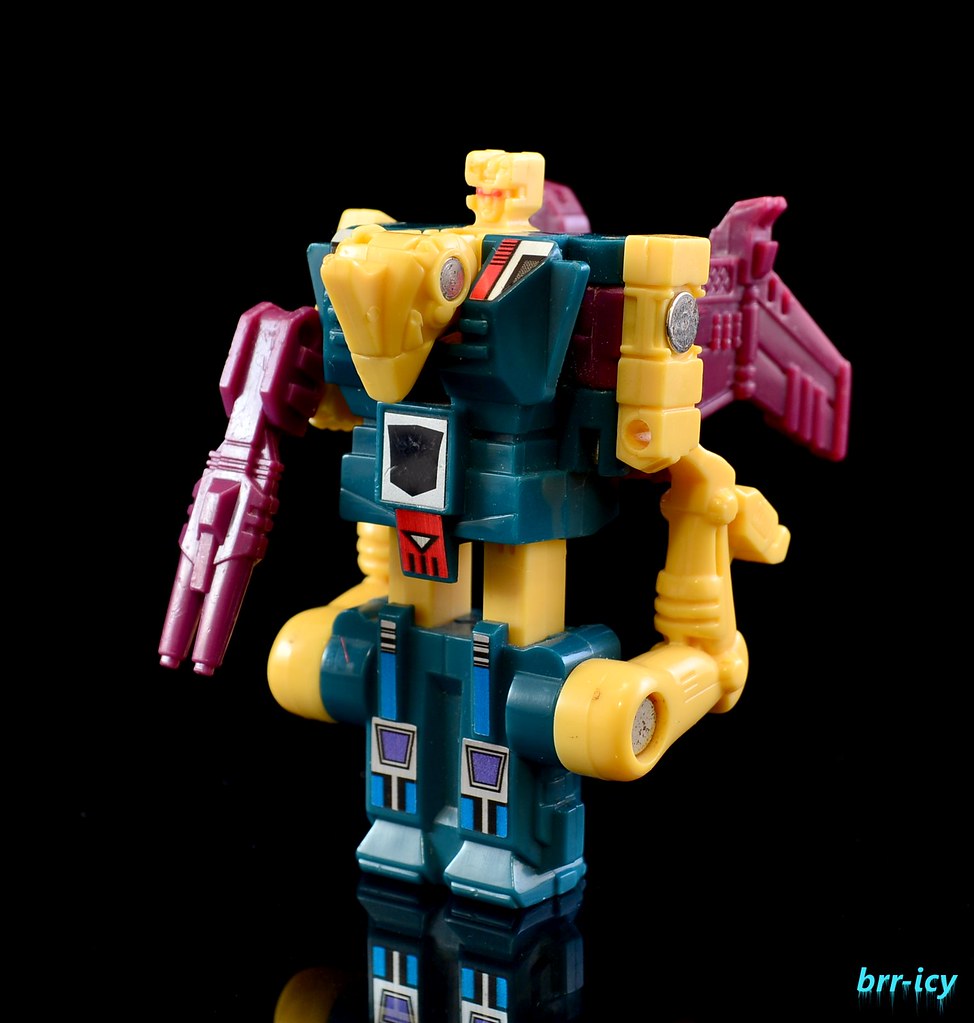 The next is Blot. He's some random monster thing. 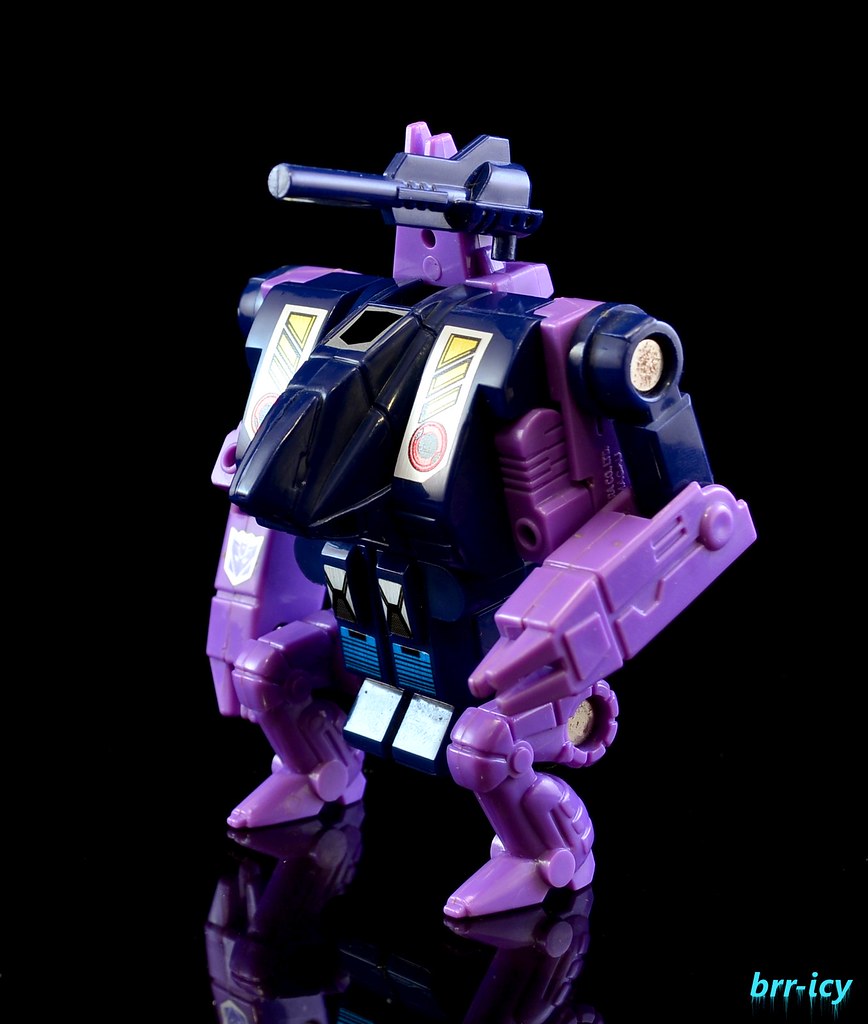 In bot mode, he's not a lot better. He's basically a block. 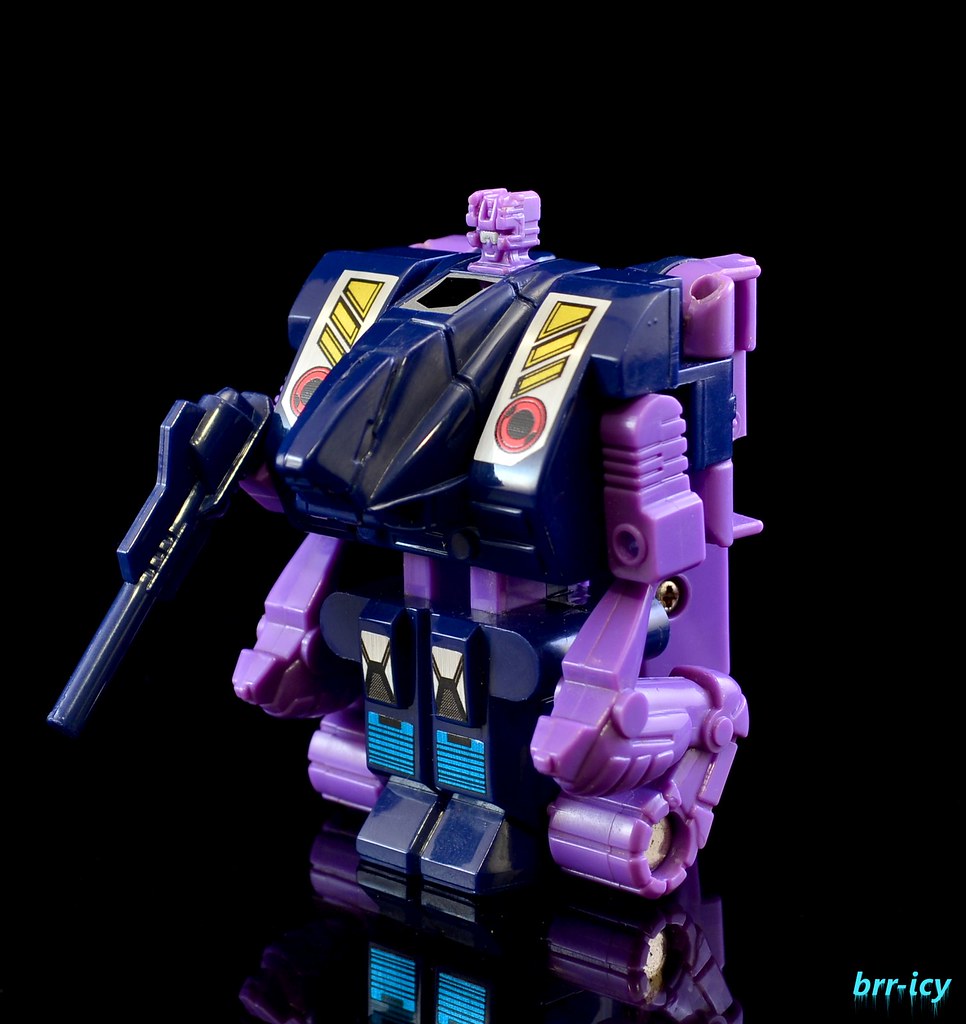 Sinnertwin is pretty fragile for some reason the heads snap off if he's used as an arm. too much pressure or something on that type of plastic. Good thing he makes a good leg. 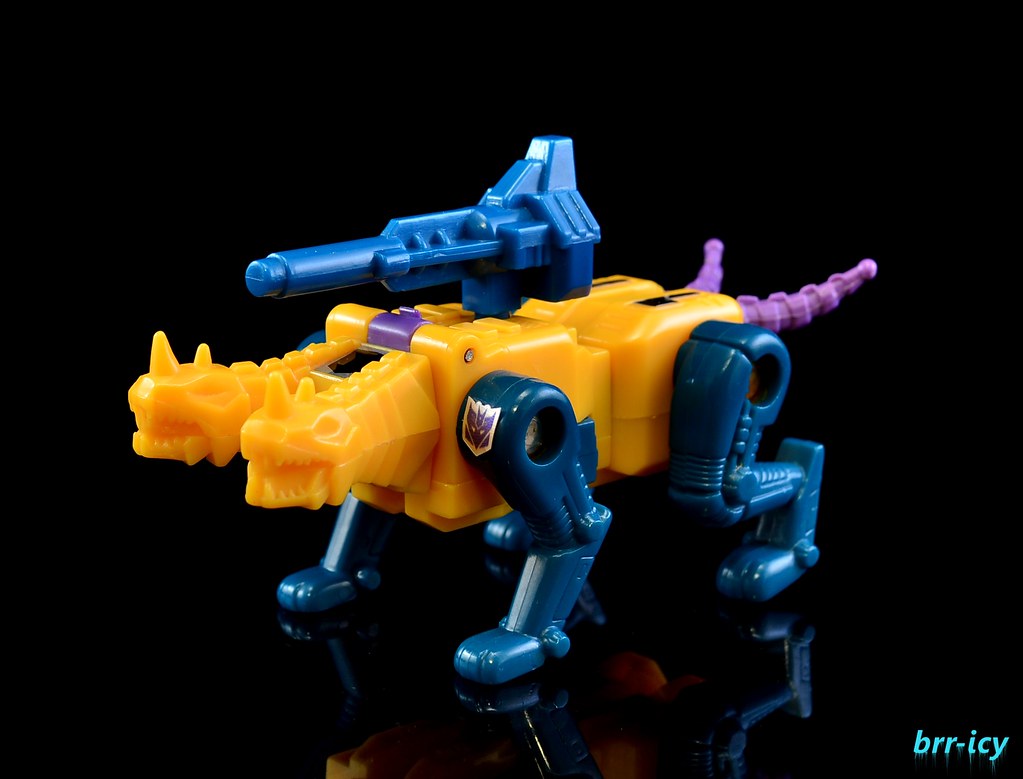 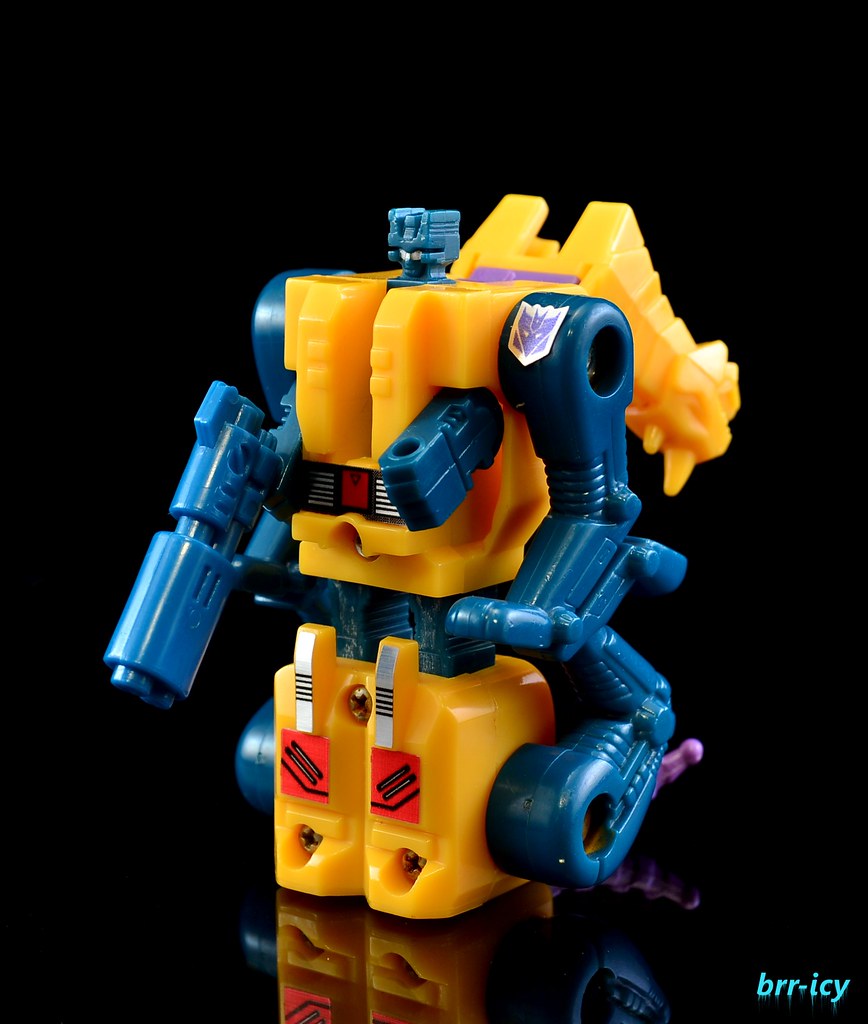 Lastly out of the limbs, Rippersnapper. He's some kind of walking shark monster. 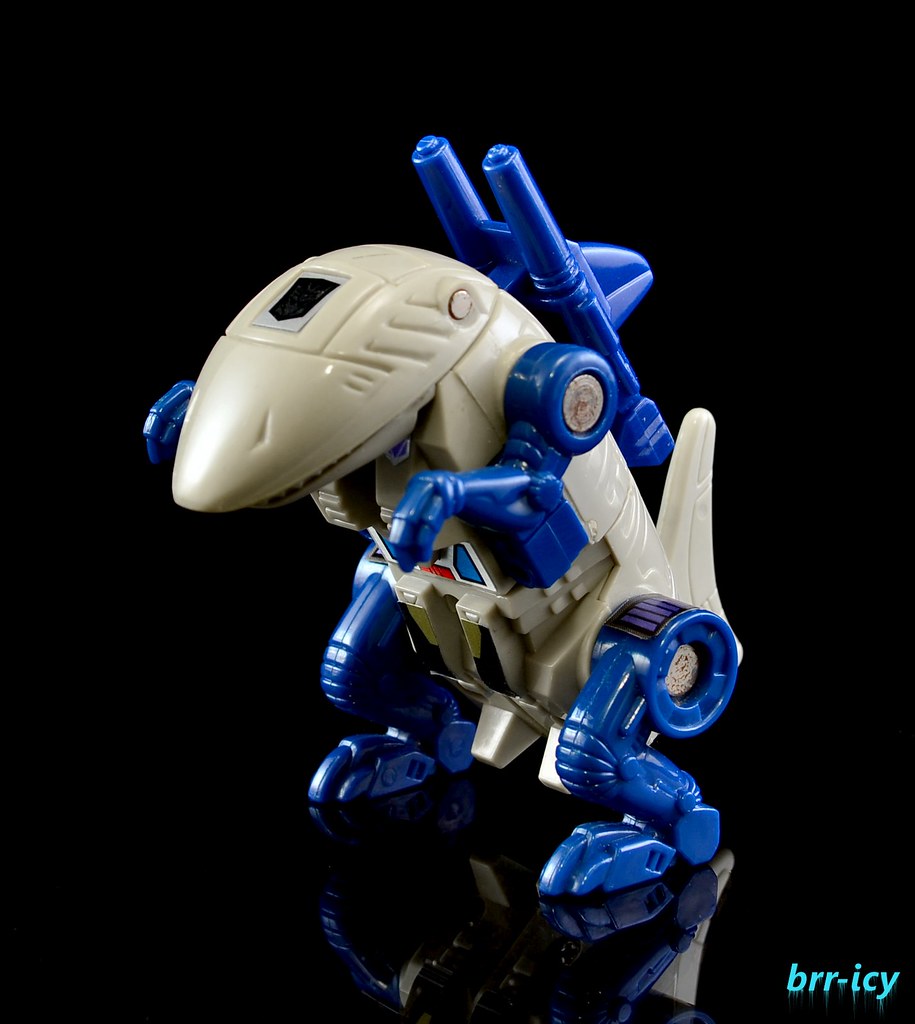 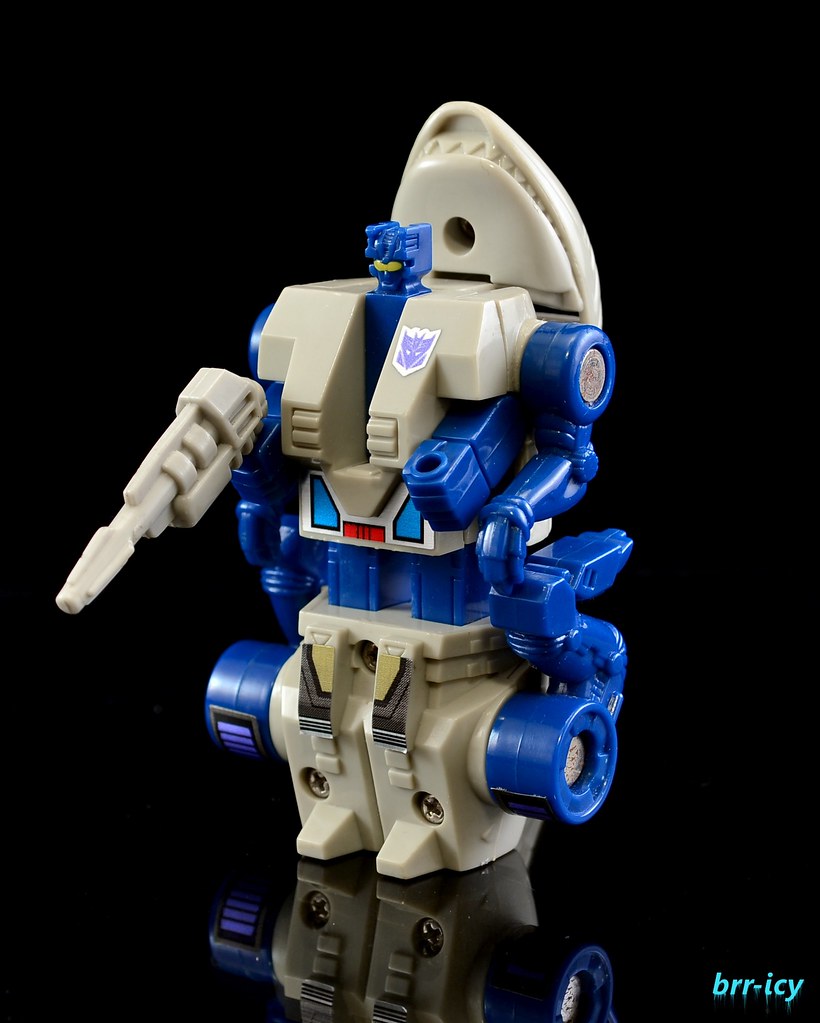 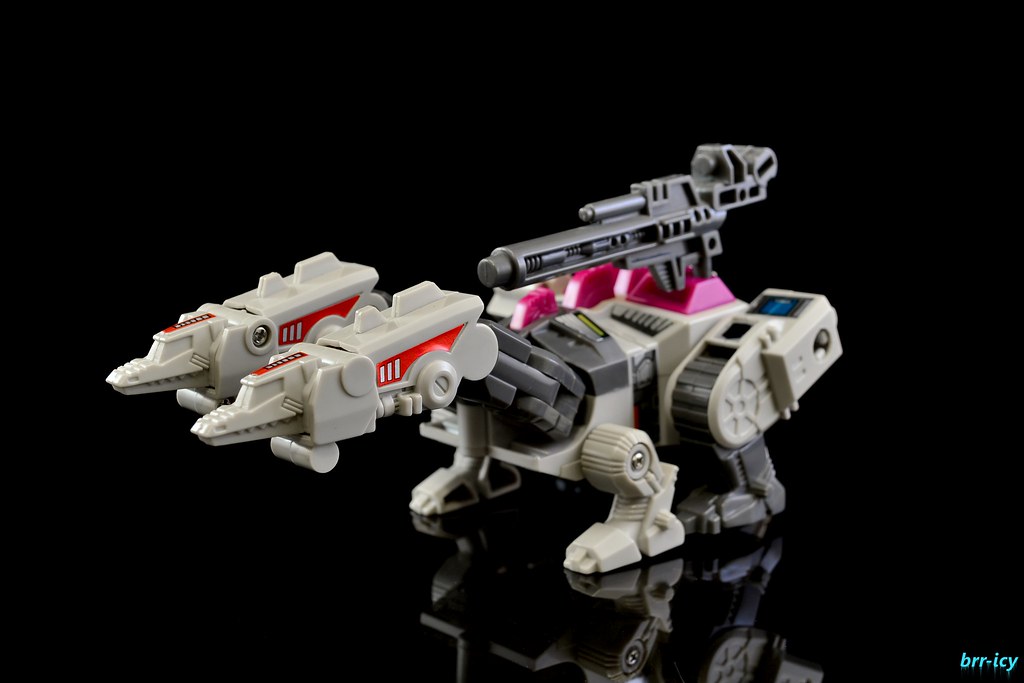 In bot mode he has the same joints plus a neck turning joint. 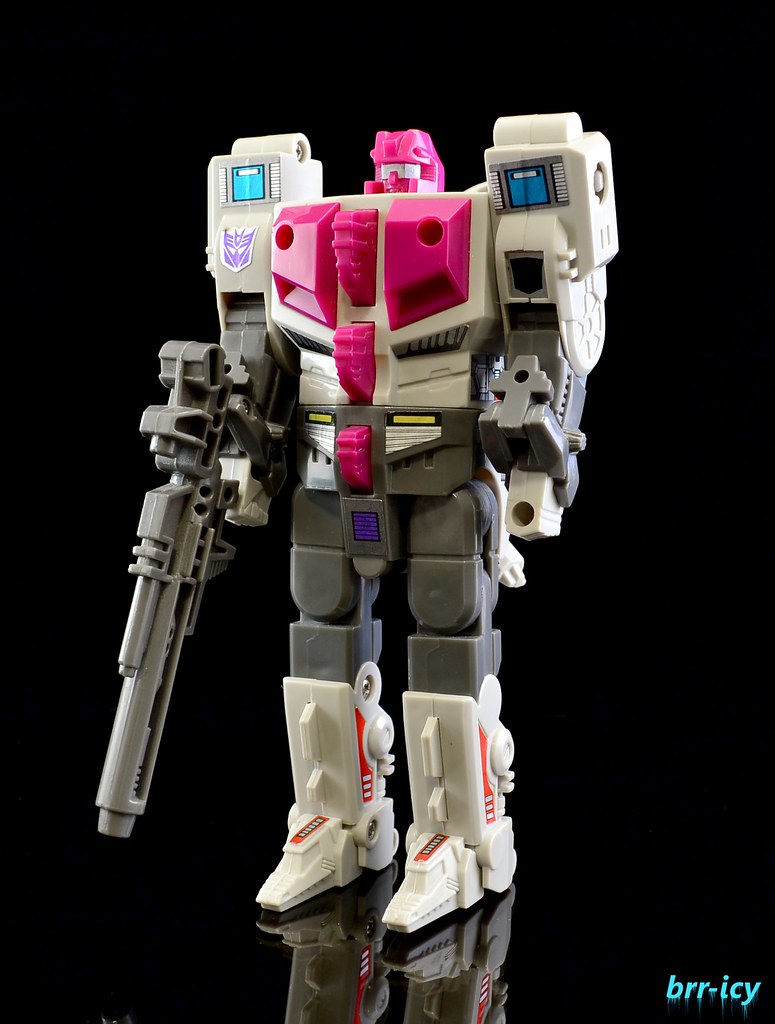 Like the the others, He was supposed to have a base mode add on, but his was cancelled, this is the closest I can get it to what is shown in the drawing, Cybertronian ice cream dispenser maybe? 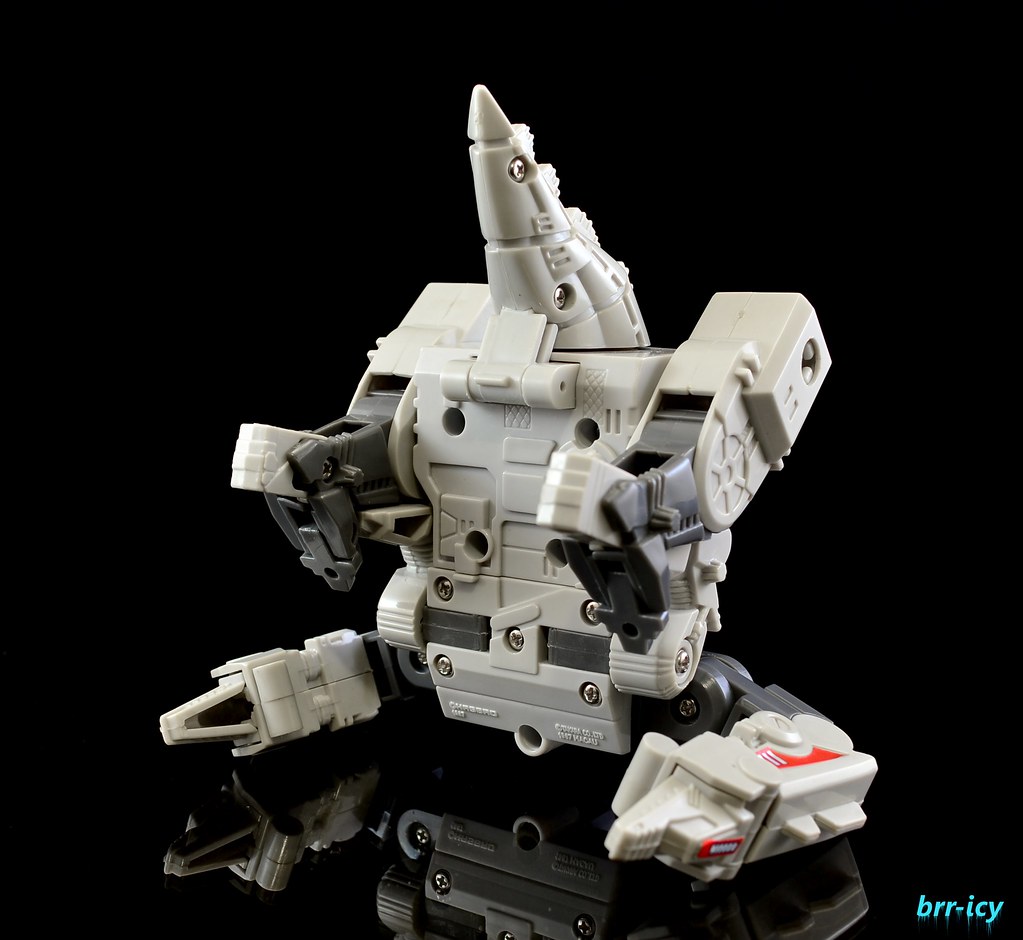 The combined mode is pretty decent. Even with the thinner thighs, he doesn't end up with the lankiness of Superion. 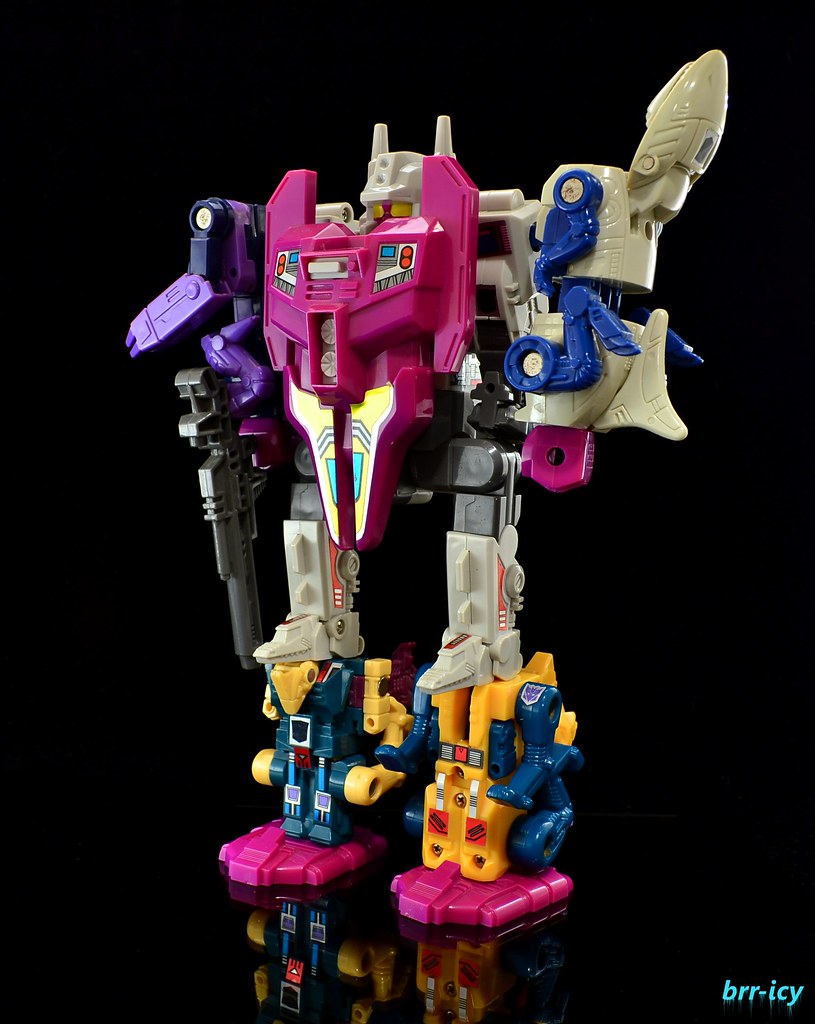 One of the cooler sets I think, over all they are nice. Blot's the only one that really brings the set down at all.
Posted by Brr-icy at 16:26