Really happy to have found this set, the US released ones were some of my favorite toys for a while as a kid. Don't have a clue why, but they were. Maybe the vehicle modes? I picked the US ones up in an ebay auction for all three with their Techs. I don't collect techs, but it was an easy way to finish the set quickly, and the techs are a bonus. It ended pretty cheap too.

From left to right, Sizzle, Guzzle, and Fizzle.

Their transformations are dead simple, for Sizzle and Fizzle, extend legs, flip back hood. For Guzzle, extend the legs and stand. 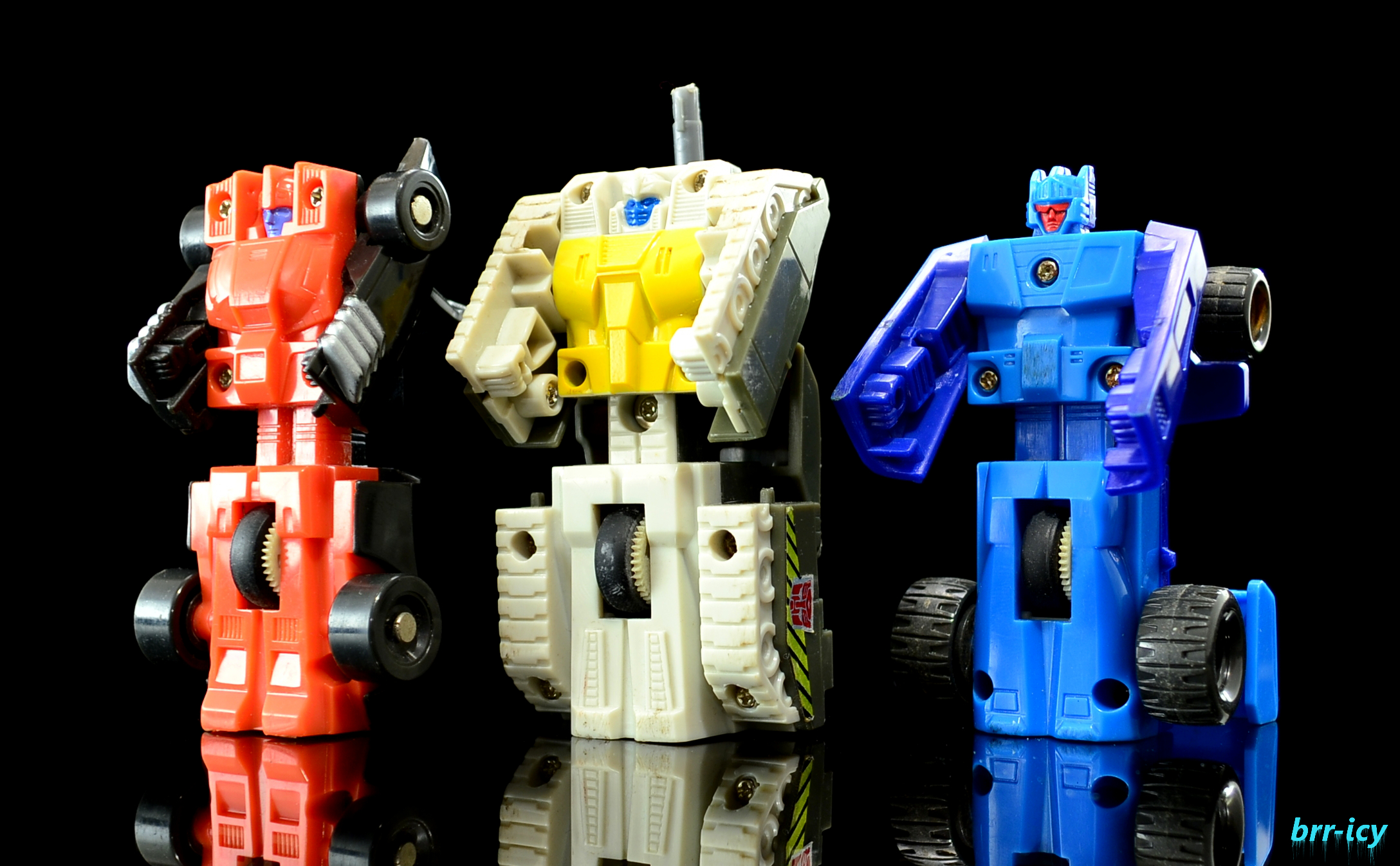 Now onto the Masterforce side of things. I scored the lot of three from Megamus, he one day messaged me that he had found me the set, thanks man. First up, we have Wildspark. In vehicle mode you can't tell them apart if they are sitting on a table.

The only real difference between the two is the face paint colour. I had originally made a custom for him, but this set came in a set of three, so I ended up getting him anyways. The Masterforce version has yellow paint, while the US version has red.

All three of the Masterforce ones are MIB, so here's a shot of the box for him. 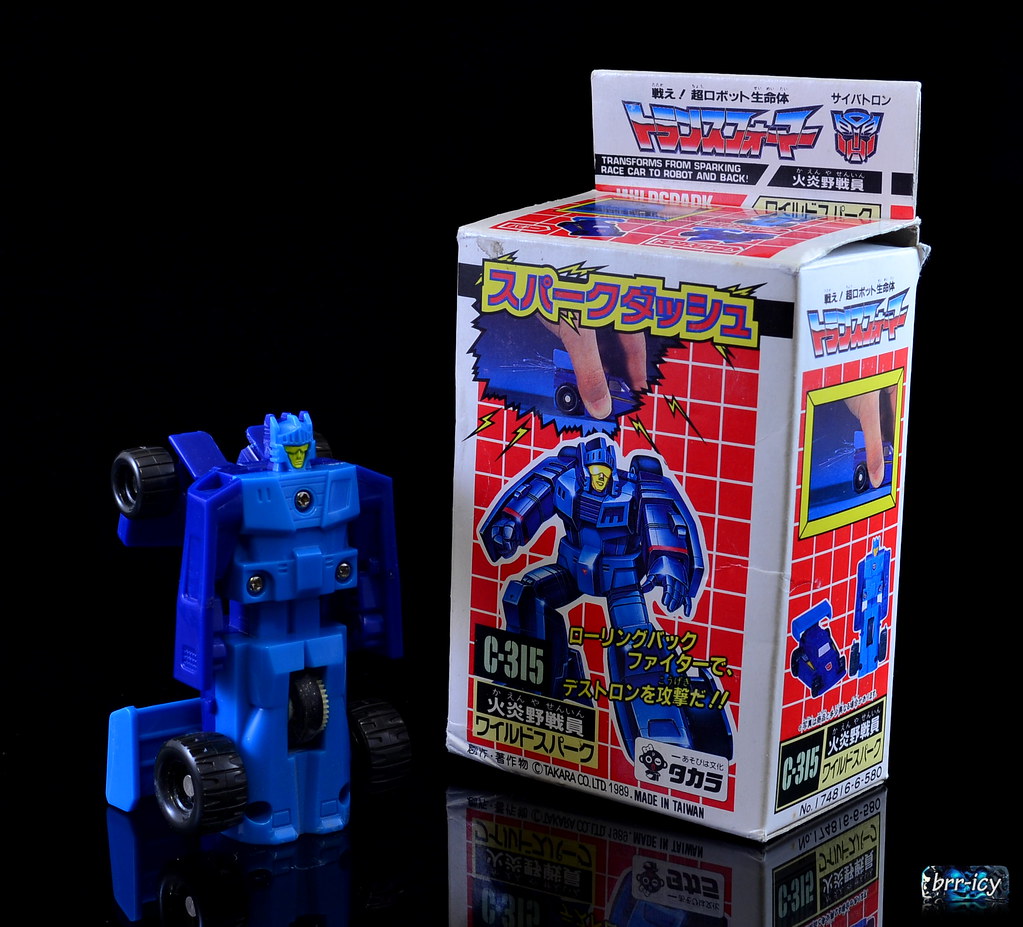 Secondly we have Hardspark, he's a repaint of Guzzle, and a very nice one at that. The silver is very shiny in person, and sets the figure's colours off nicely.

The black plastic on the bot mode really plays off the yellow and blue, making it seem a much more striking deco. 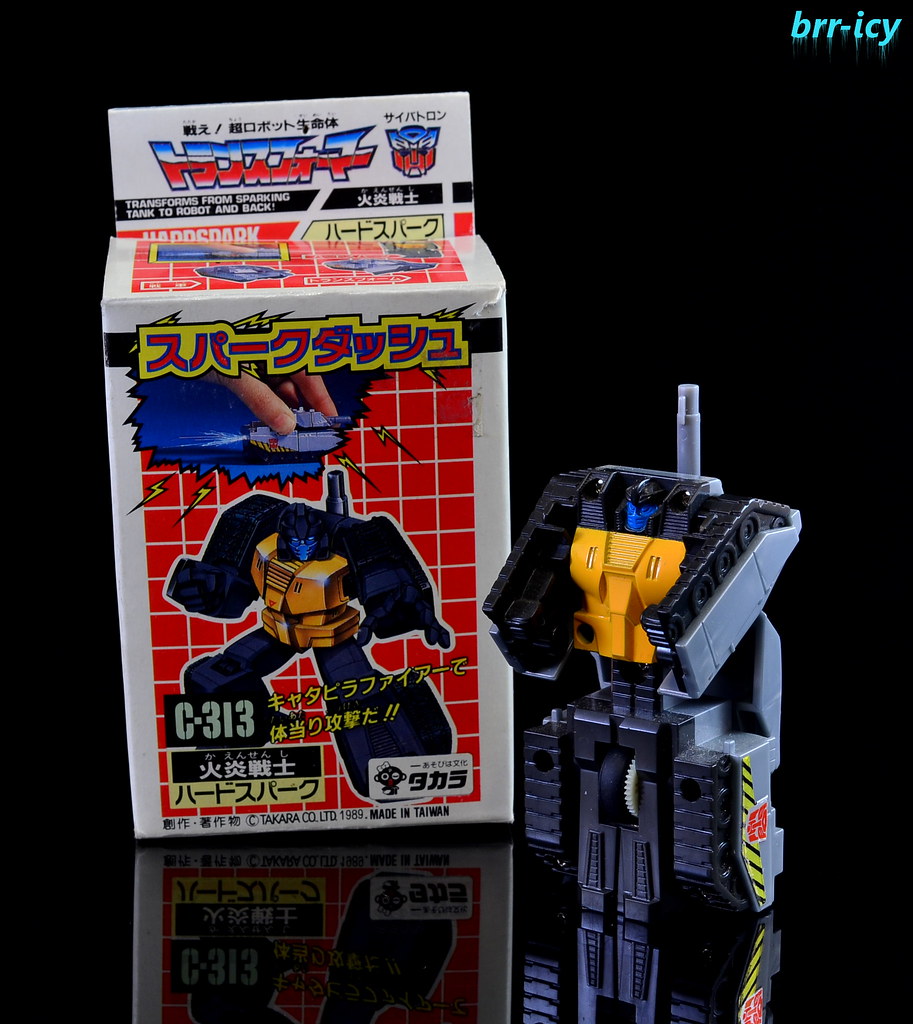 Lastly, but definitely not least, Hotspark. He's a redeco of Sizzle. The red car is very befitting of the mold, I think this one's pretty close to being tied for colours, black and red vs red and white is a hard choice for me.

As a set, the Japanese ones just pop. 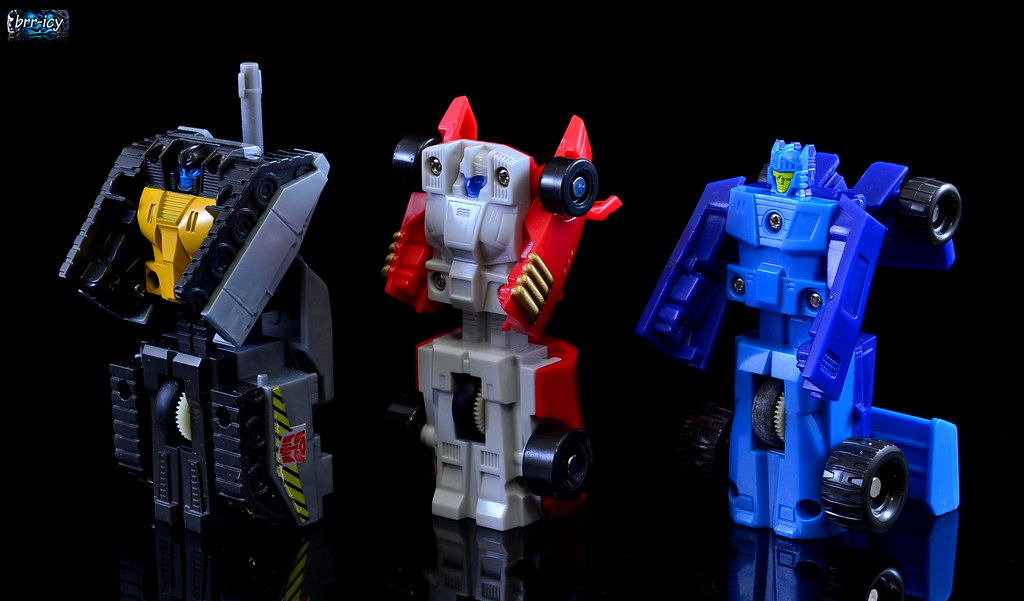 I really like the box art on them. I wholeheartedly blame Heroic Decepticon for my interest in this set. I remember reading about them when he posted that he had gotten them and the Firecon set back in 2010, I'm still looking for the Firecons though. 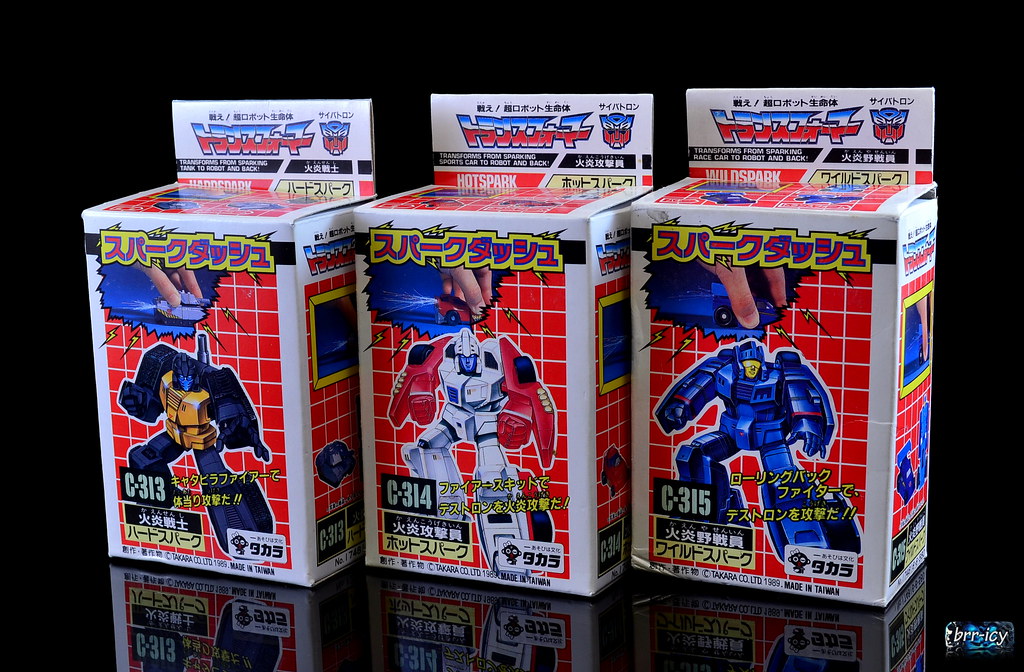 In parting, a couple group shots of the two sets together.

Thanks for reading, these weren't the easiest pieces to obtain, but well worth the effort once in hand.
Posted by Brr-icy at 13:31