Going to prefix this by saying the AA Base is probably my favorite of the Micromaster line. So there is a bias going on here. I've wanted to do this review for a bit because of this. These two are the Micromaster Combiner's large-scale bases.

The Battlefield HQ is pricey for a Micromaster set, probably the most expensive of the US released ones. The alternate mode of the Micromasters a transport truck when combined. The front is Full-Barrel, the back one is Overflow. I picked this guy up minus two guns for a decent price on eBay last year with the Tanker Transport, and H picked up the guns for me and mailed them up here for me, thanks again. 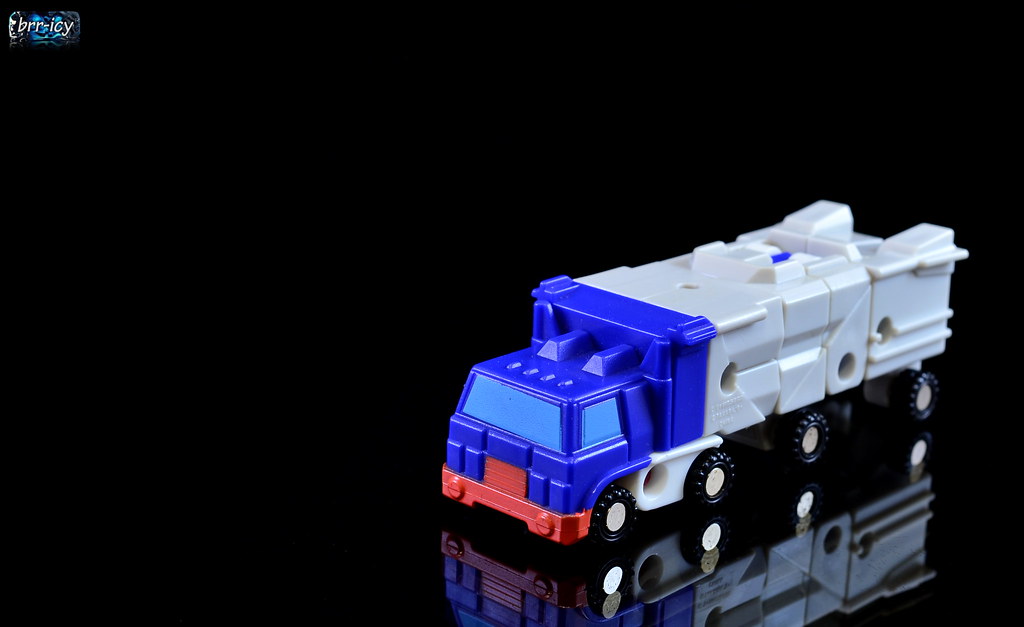 Their transformations are simple, but they get the job done. They have decent, albeit blocky bot modes. 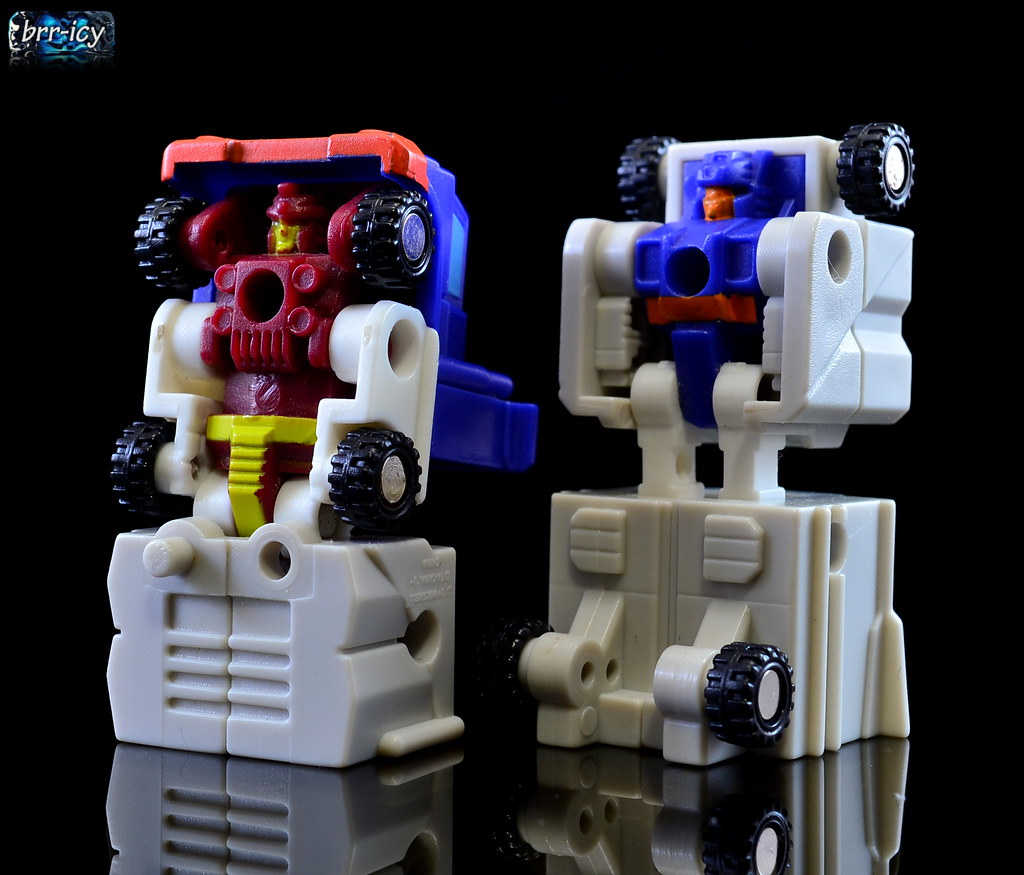 Their "base's" vehicle mode is a Larger scale version of their's, which I thought was kind of neat, this is the only Micromaster base to do this. The cab at the front swings up to let you put two Micros inside, you can also put two on top of the trailer manning the twin guns up there 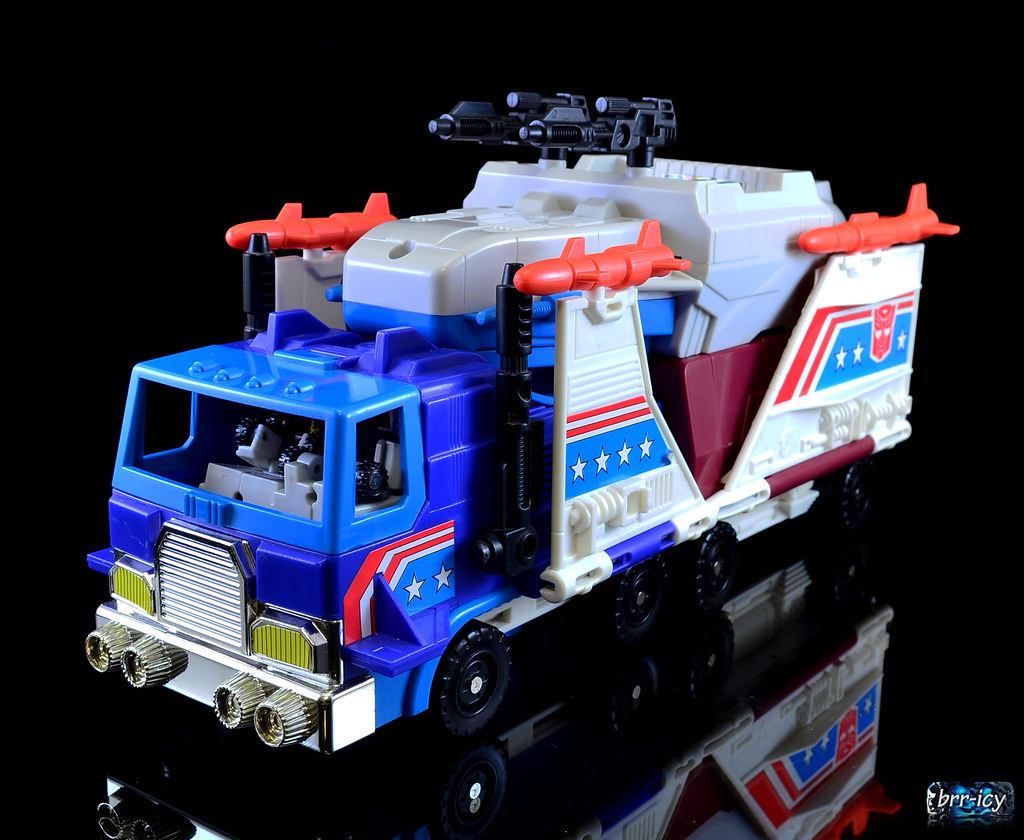 The back bottom half of the trailer can open to store two full sized combiner vehicles.

The truck splits in to two jets, we will start with the front one, Then cockpit is also opening on this one, and there is a peg on the top of the jet if you want to attach a micromaster there. The missiles are also removable on both jets so you could play-fire them when you were playing. 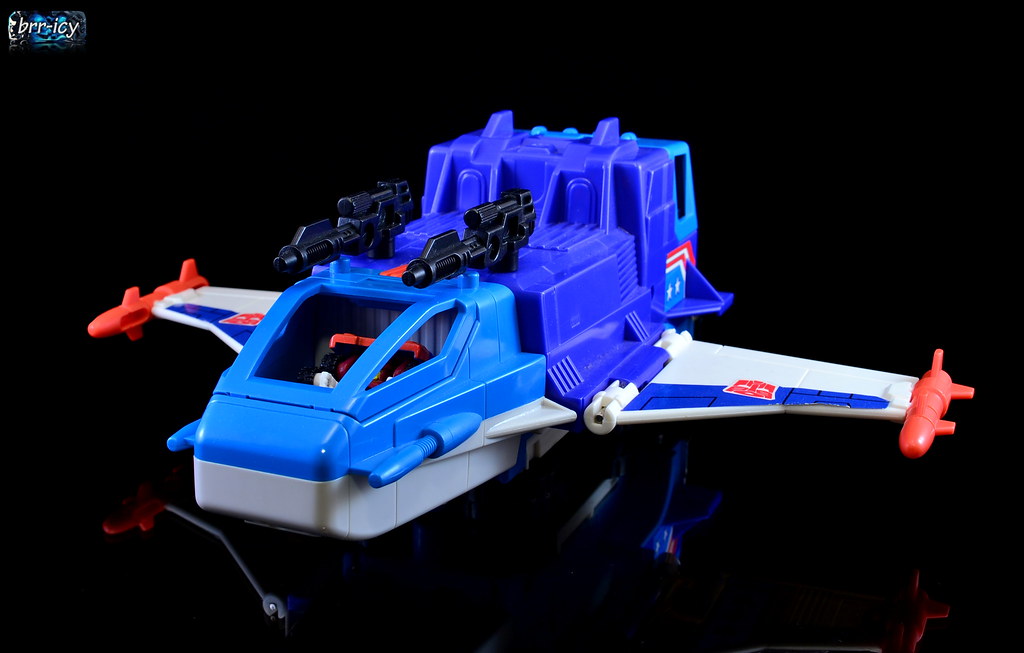 The second jet doesn't have the opening cockpit section, but you can stand two Micromasters on the pegs inside. Sitting down, these Micros don't work as well as most due to their leg structure. 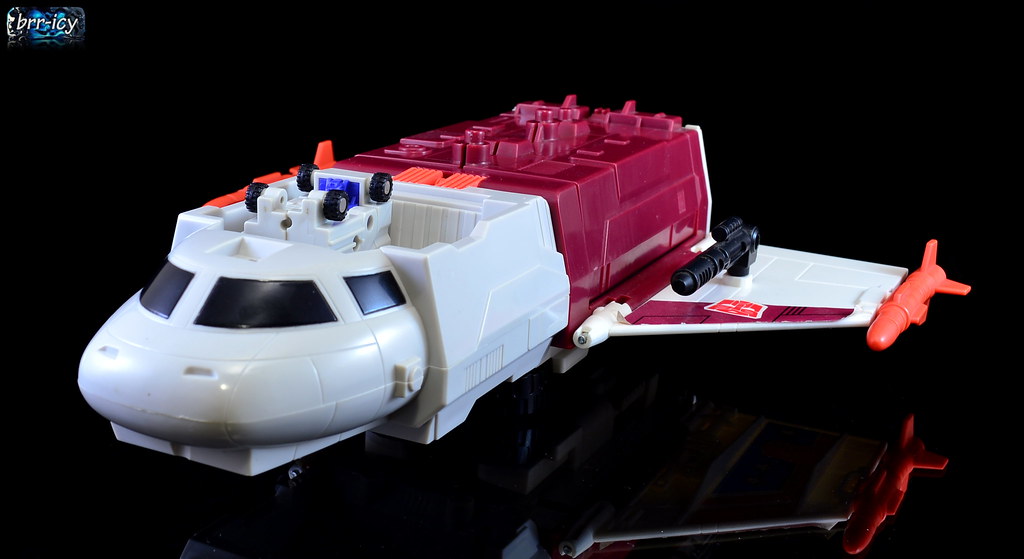 The back end of the jet can be opened up like a regular space shuttle and the guns mounted to it. There are also four Micromaster foot pegs inside the back end.

When messing around with this jet, I made a decent enough looking base mode (not official) There are a few other ways you can do it, but this one looked the most convincing to me. 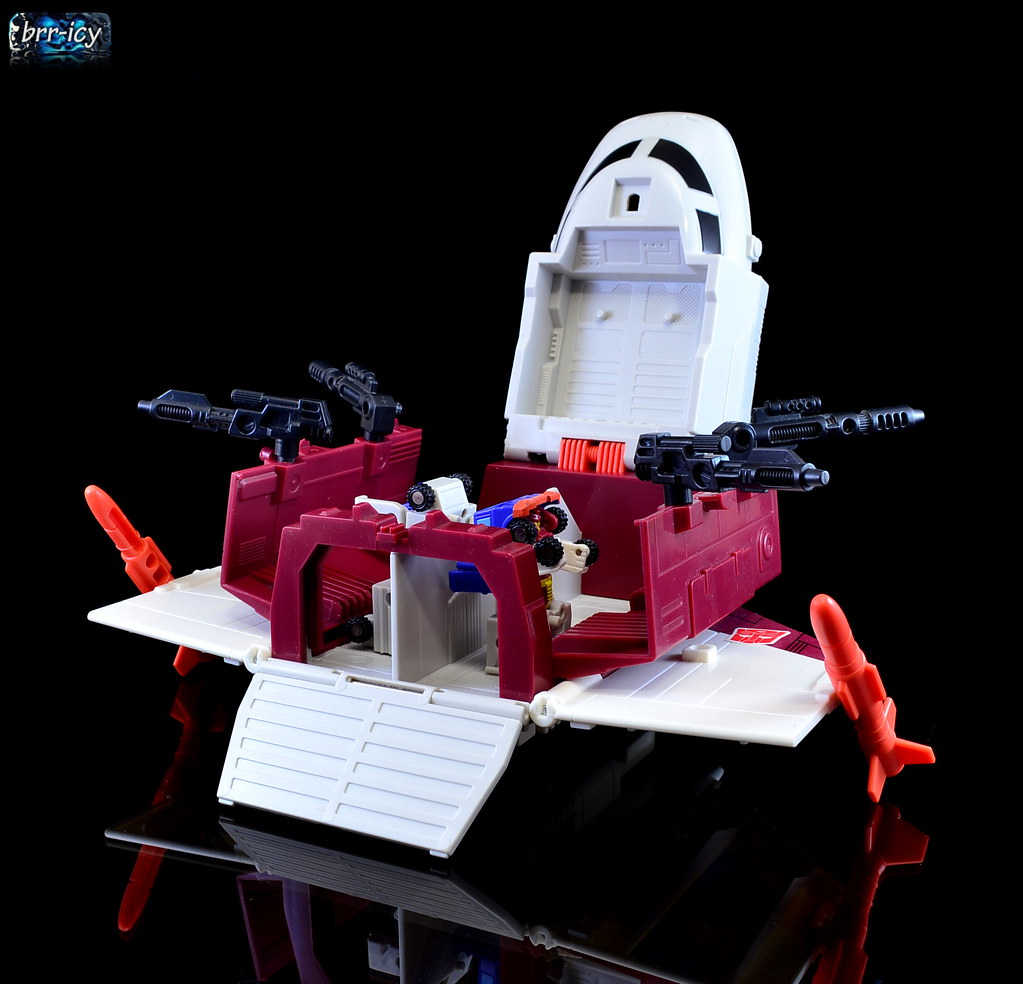 The jets also can combine into what the instructions call the base mode...I don't see it. 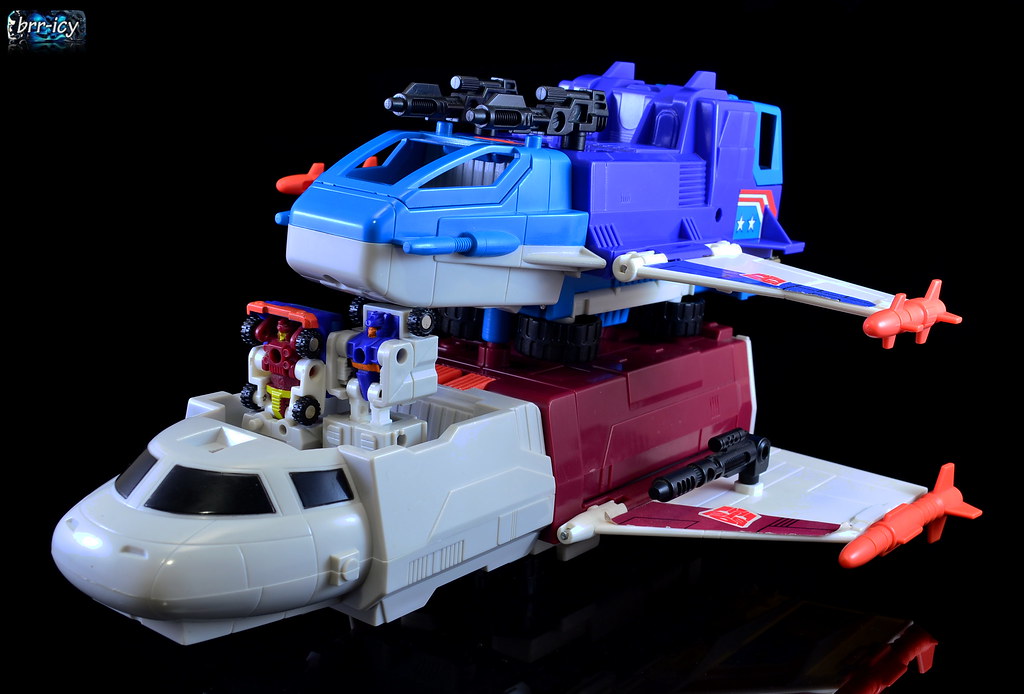 When I picked him up, he was also MIB. The box isn't in the best of shape, but it's nice to have. 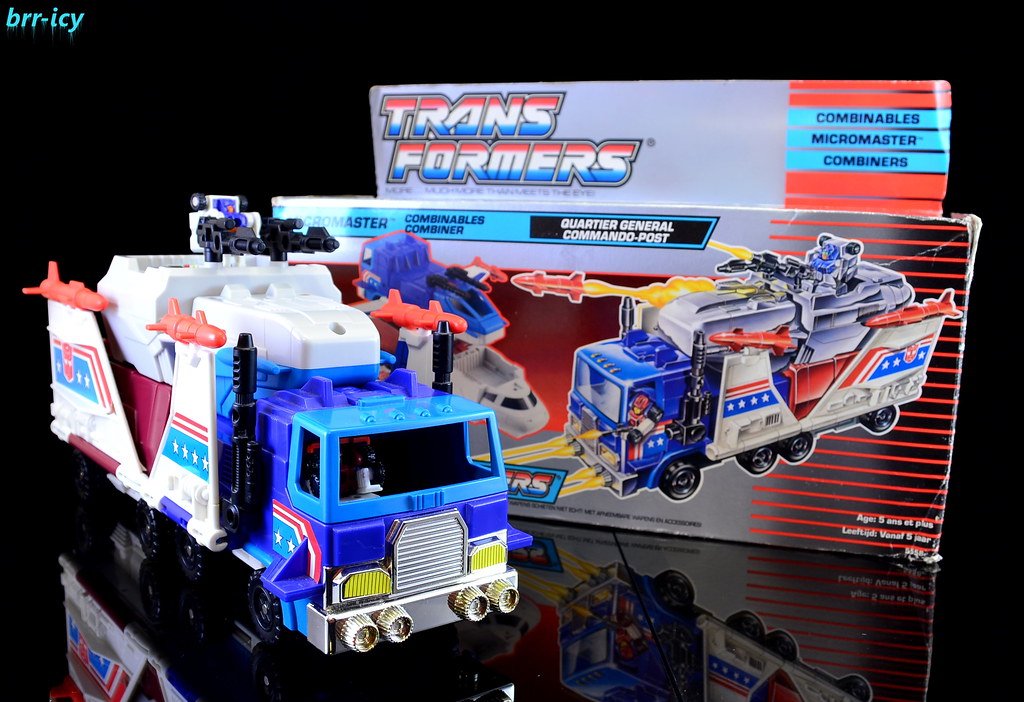 Onto the Anti-Aircraft Base. I picked this one up with the Cannon Transport. Blackout (front of the jet) was missing his face, not exactly sure how that happened, but I managed to get a replacement later on. Spaceshot is commonly missing the large wings. 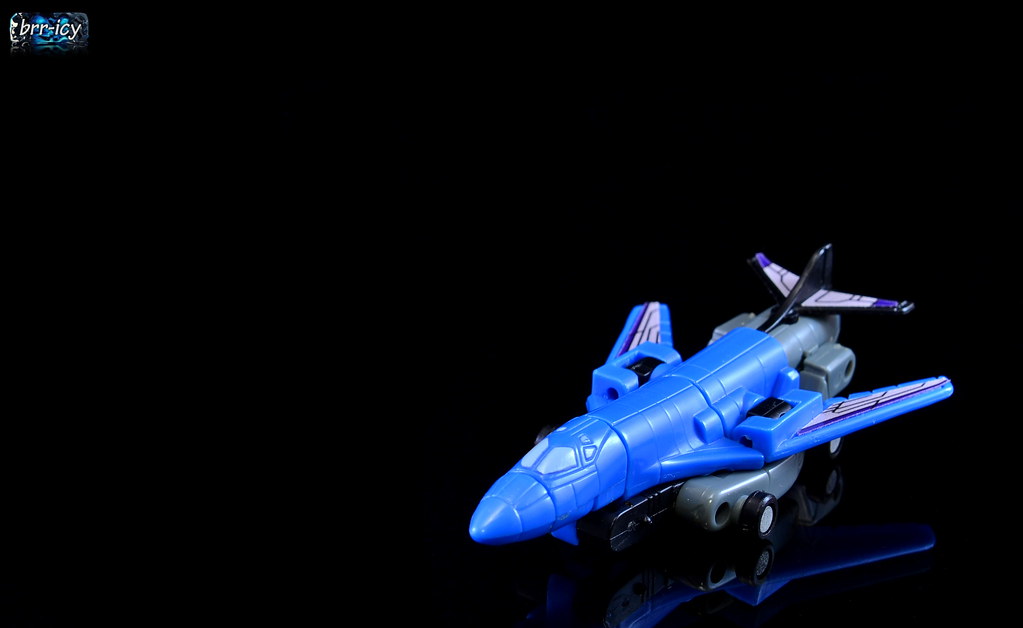 The transformations and looks for their bot modes are definitely unique to say the least. But I like them all the same. Although their heads give me a distinct Gobot vibe lol. 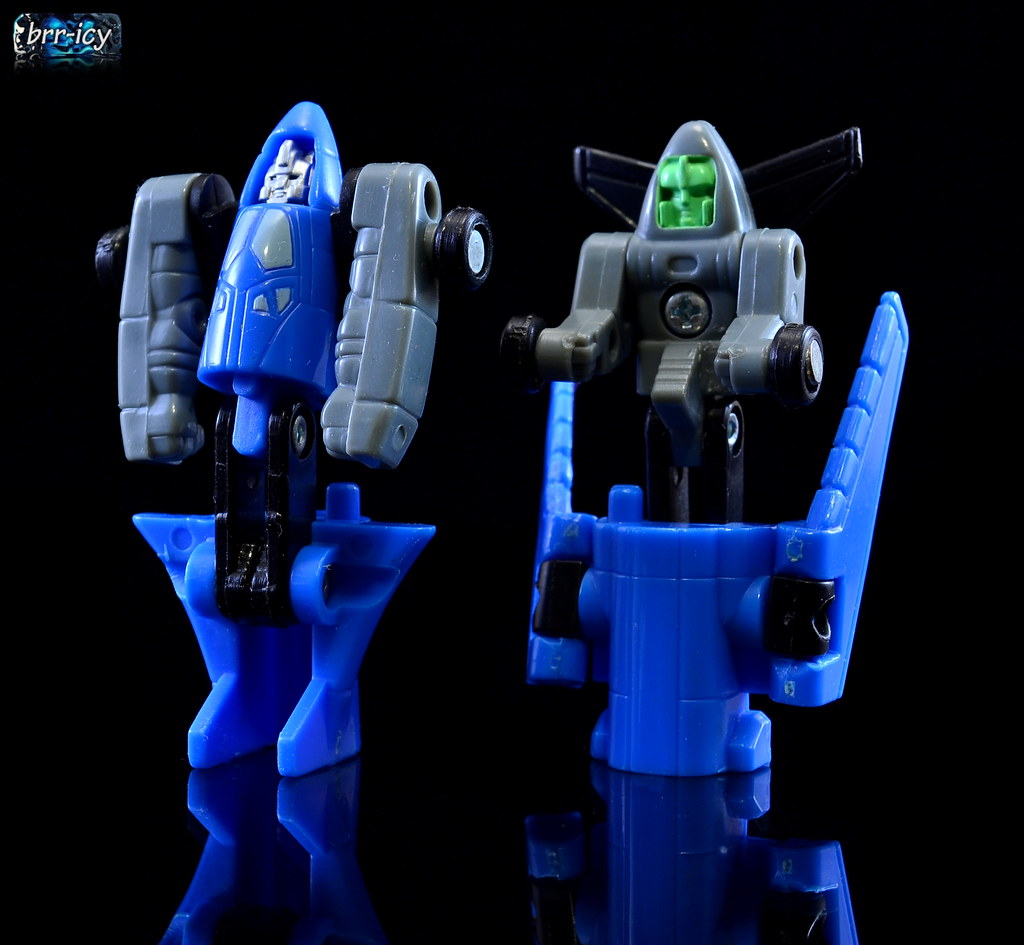 Their base turns into a really nice looking tank. complete with a bunch of weapons and rotating turret. There is a place for each Micro to sit in this mode as well, and you can put the ramp inside for storage. Blackout's shoulder wheels sit comfortably behind the two nubs on the turret, and Spaceshot can be positioned as high as you want with his wings. 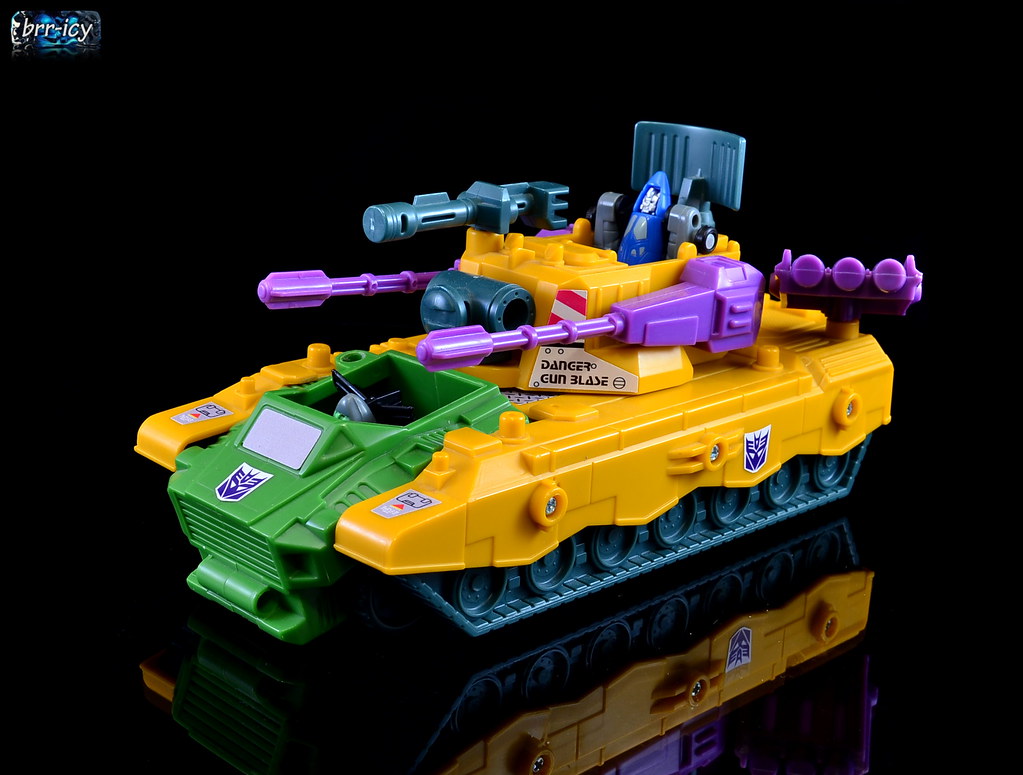 The front of the tank slides out and is a small APC. You can mount the bazooka or triple missile launcher to it for some weaponry. 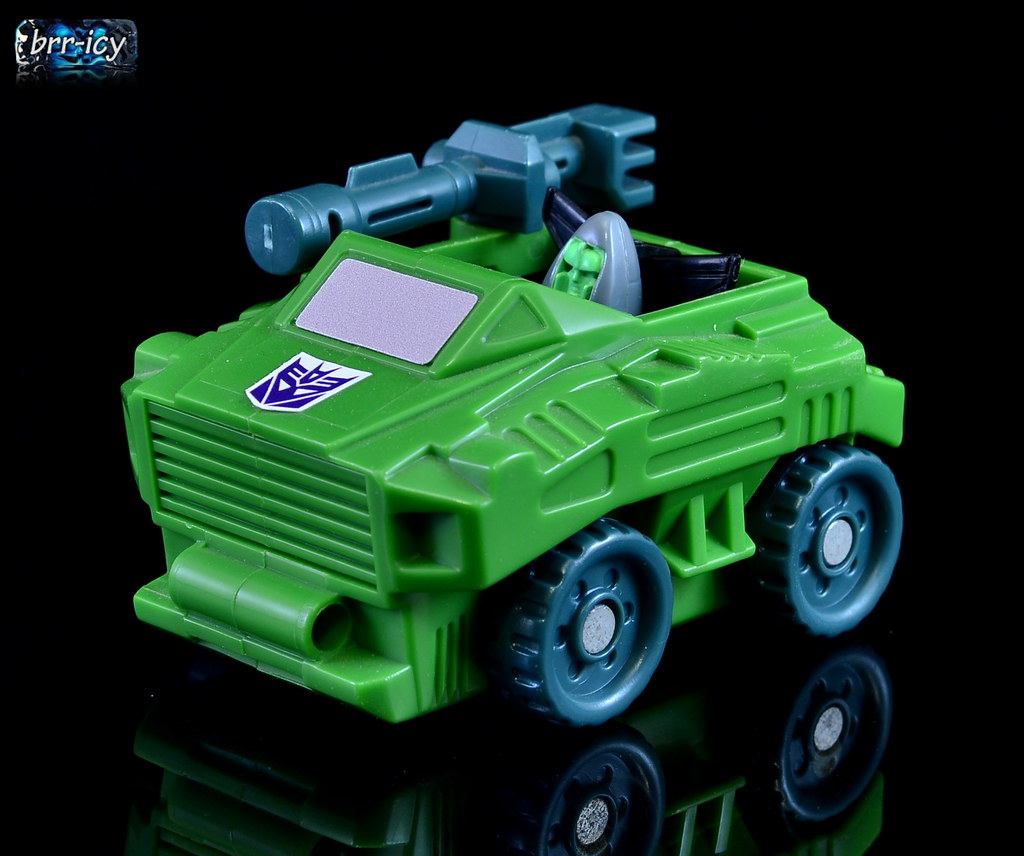 The base mode is really well done. It expands to be fairly big, with a helipad under where the turret is for alt mode. You can attach ramps at either end of the "road" that goes through the base, and one at the end of the helipad. There is also a platform for the triple missile launcher, and a few od what would eventually become minicon ports on it. The little supports for the helipad were totally unnecessary for function, but really add to that section. 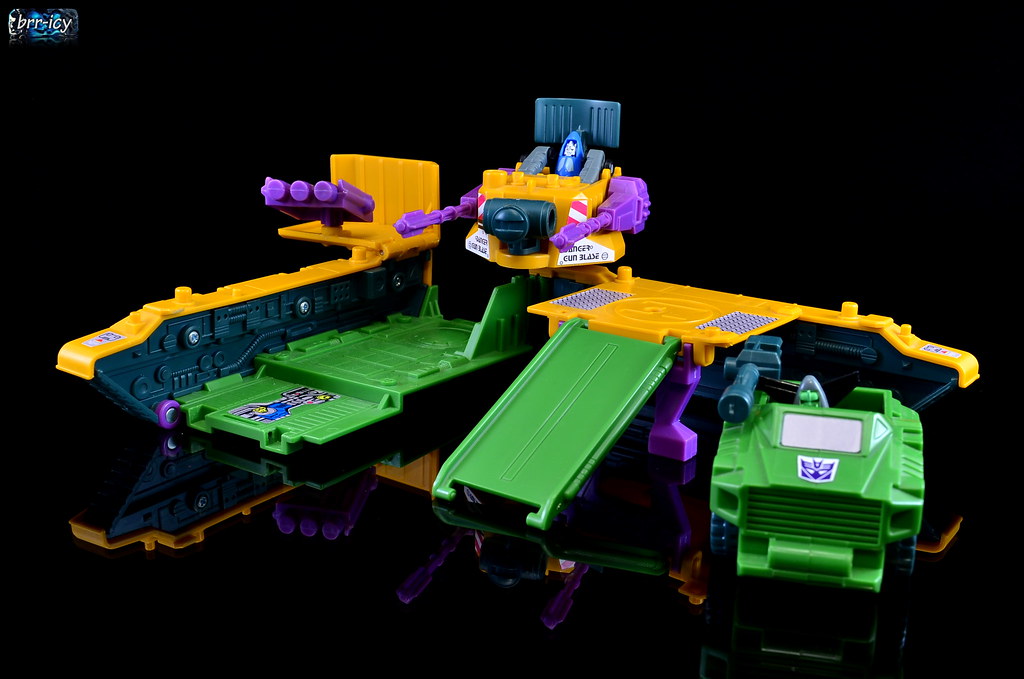 These two are fun toys, and great additions if you love Micromasters as much as I do. 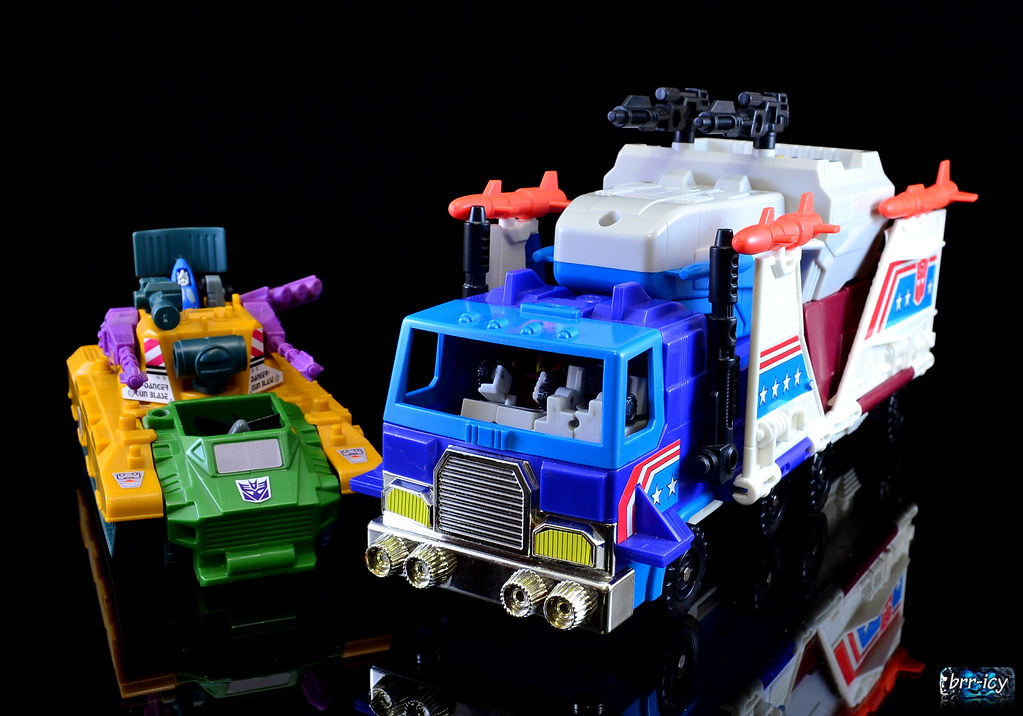