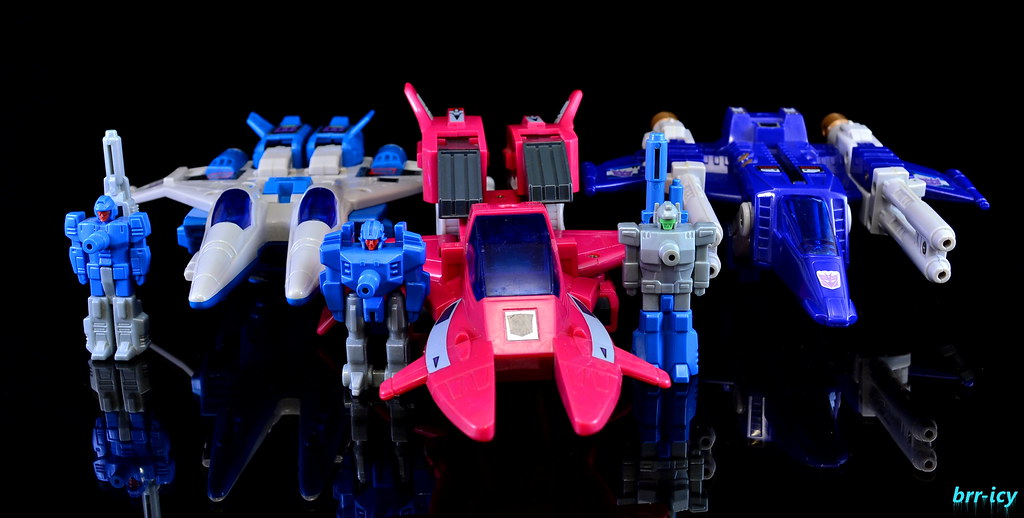 For my 50th post, The Decepticon Large or Regular Targetmasters. These three are a pretty unique looking set of jets. I'm extremely fond of them, all except the Targetmasters themselves, which have a clip and peg transformation joint instead of the rivet that the Autobots have, which relies on the pliancy of the plastic when they transform to flex. Unfortunately after twenty-five years, they don't flex so well, and a lot have ended up broken.

The first member of the trio I picked up was Misfire. He was missing the gun, but was in the lot that I got the Headmasters, etc in. I picked up the gun for cheap later on. His pink colours really stand out  in a display. 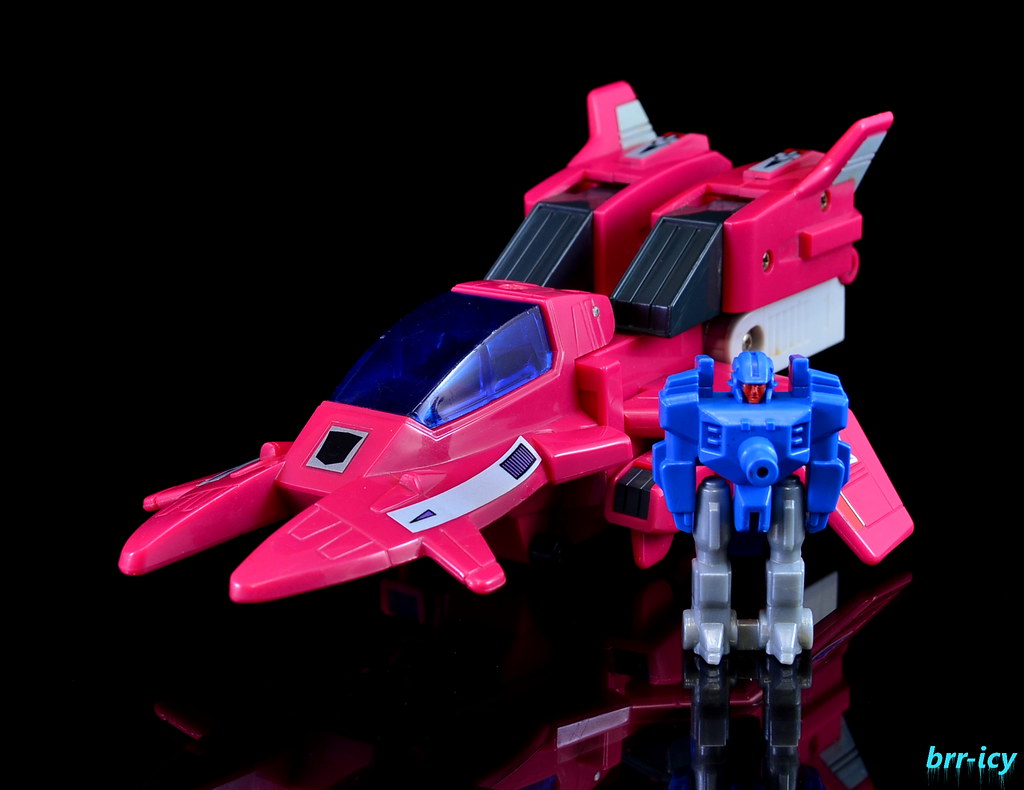 The attention to detail on the figure is really nice and simple, with the white and grey accents really bringing the colourscheme to life. Aimless becomes a dual barreled snub nosed pistol. 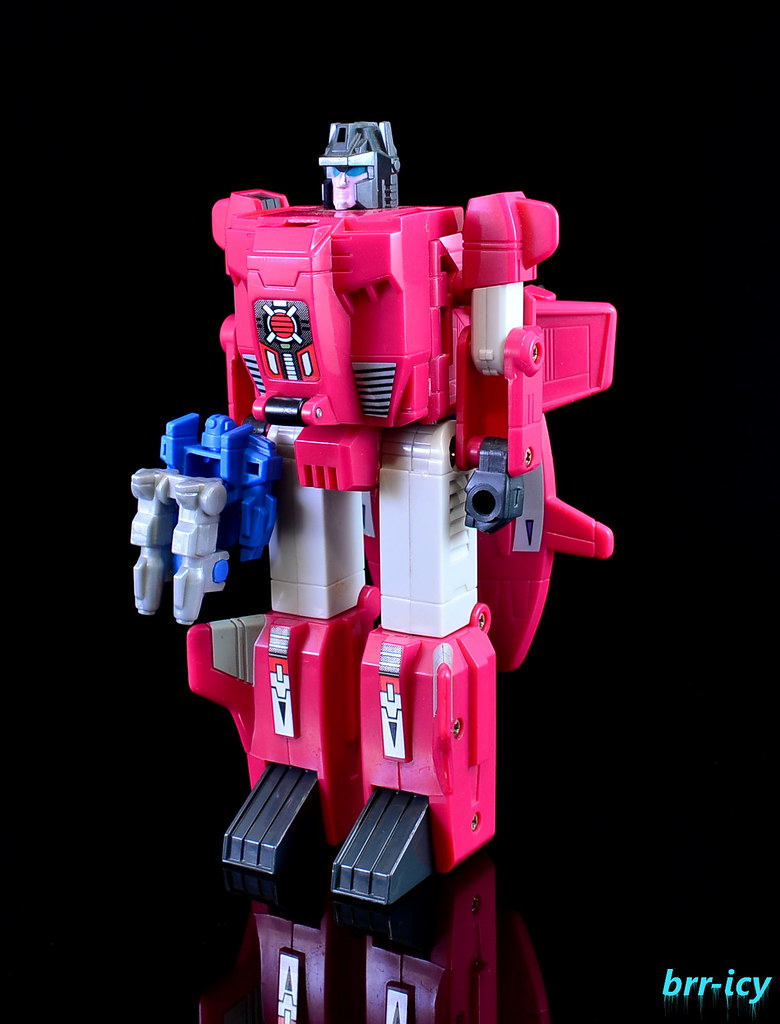 The second one I picked up was Slugslinger in one of the lots from Megatoyfan. He was in such great shape, I was pretty pleased. The dual nosecone really looks good on him. I like that they added on to his Targetmaster gun mode to make Caliburst have a decent sized barrel 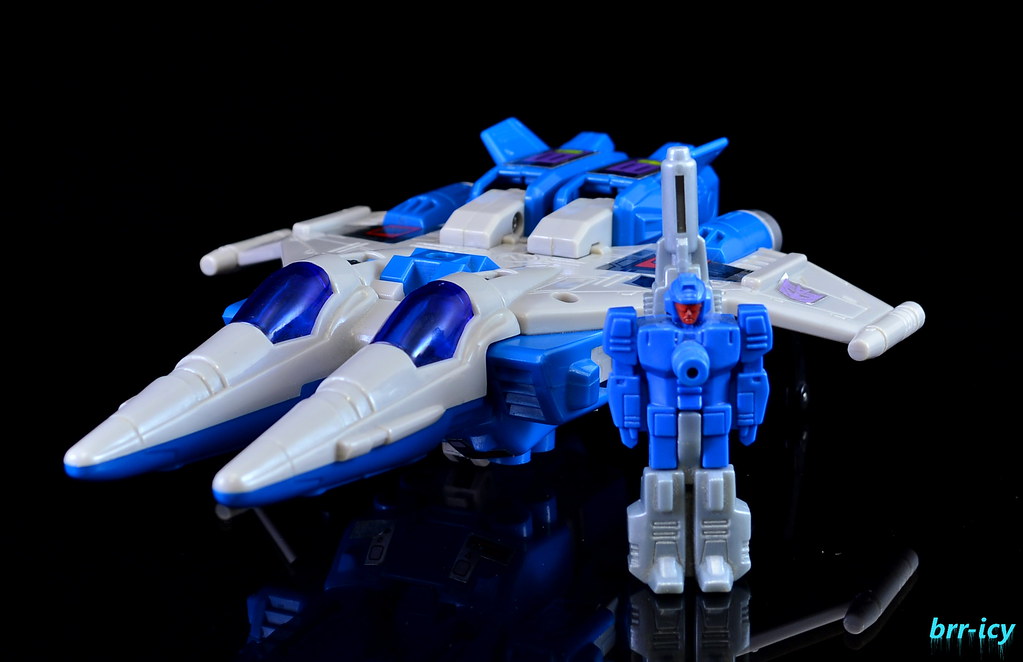 You can see the three retractable landing gears here, one under the Decepticon logo on his chest and the other two on the wings. 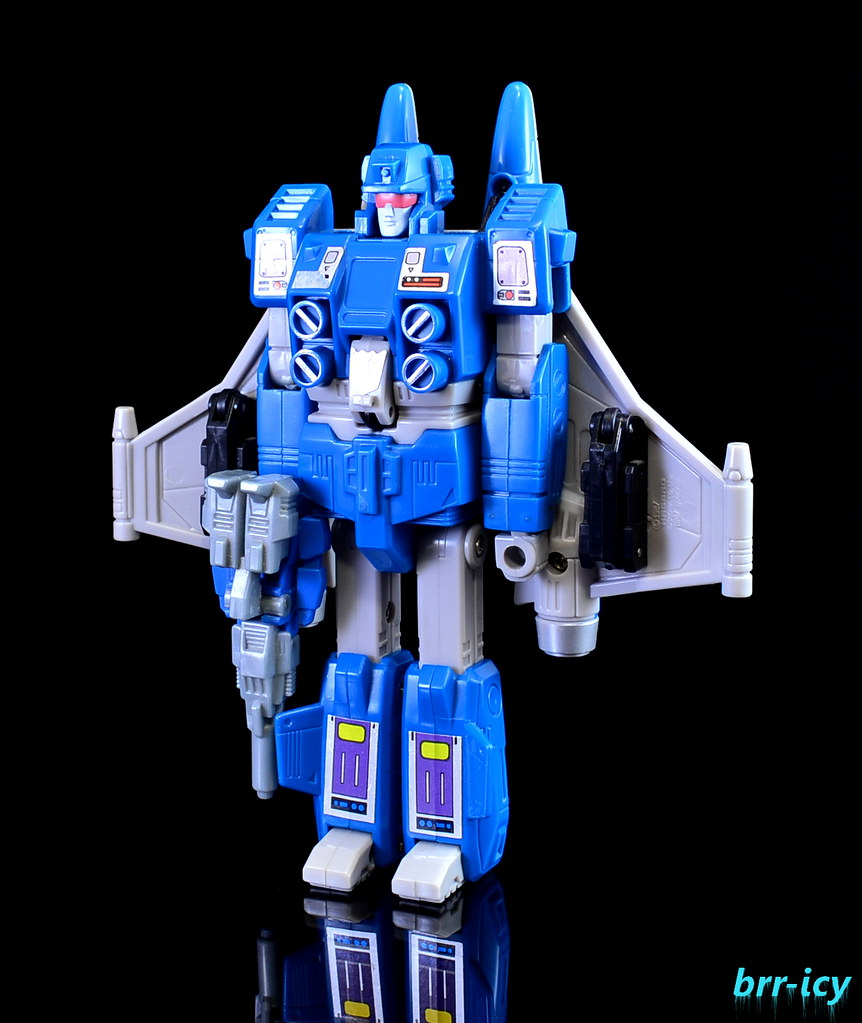 Lastly, Triggerhappy. I picked him up separately, from iamratchet, Echotransformer, and Madhaus Toys. He ended up costing me a lot less than his ebay price. The quad cannons give his jet mode a very distinct silhouette. The clear cockpit glass gives the jets a more convincing visage than the white paint of the Autobot set I think. 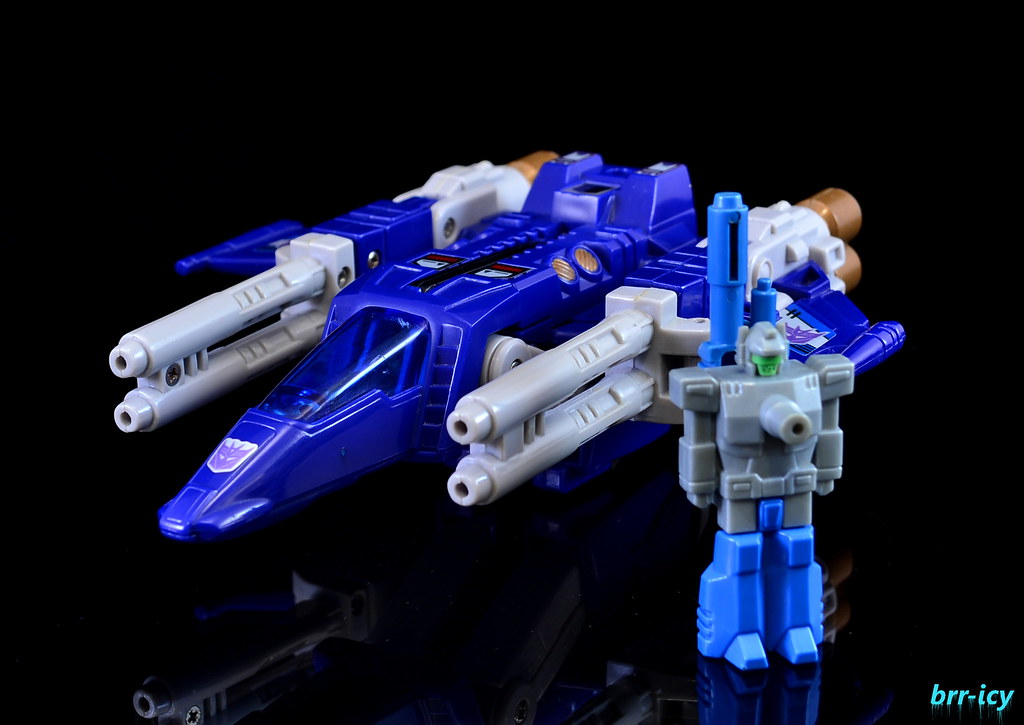 Blowpipe also has an extra barrel extension like Caliburst has. 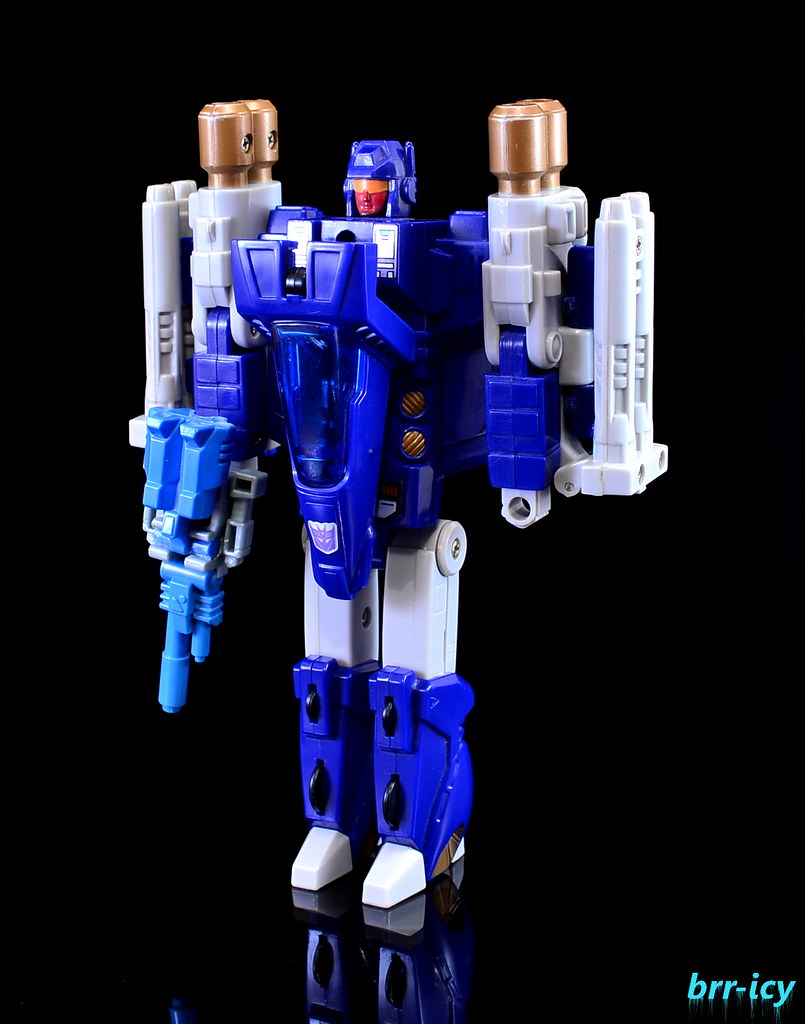 All three of them havee hips, knees, and elbows, only Slugslinger doesn't have shoulders. In G1 standards, they are pretty poseable. If you don't have this set yet and like late G1 figures, they're a must-have. 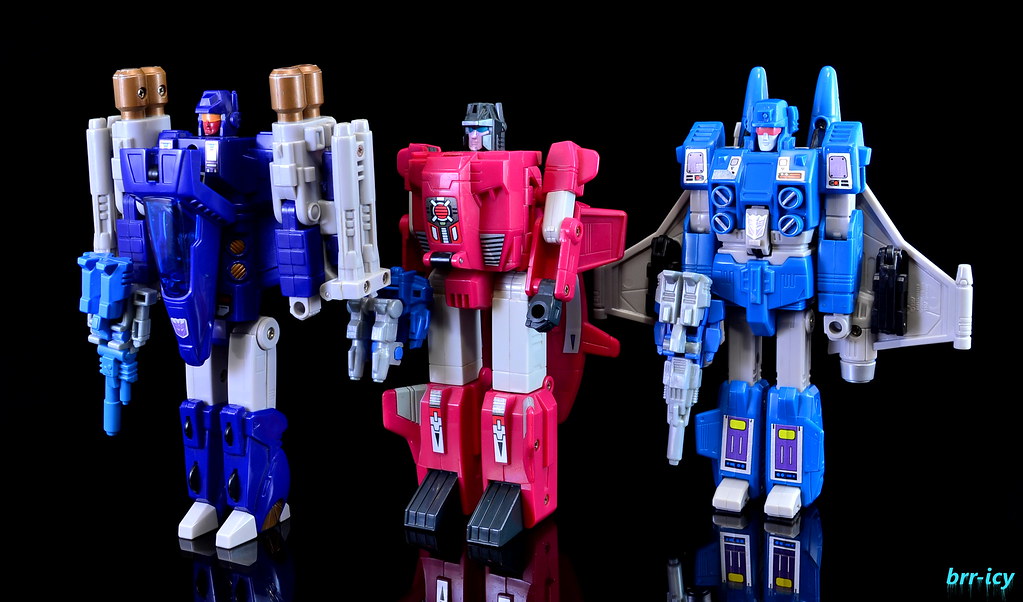