Took me a while to get around to these guys, mainly because I had to retake the photos.

This set holds a lot of sentimental value to me, my brother had them when we were kids, and one Christmas, he gave them to me. This isn't that particular set, I got this set from B with Liokaiser etc.

First up, Hook, who forms the upper torso of Devastator. This set has no scramble functionality whatsoever. He turns into a crane truck, the crane can spin, elevate, and extend to almost double it's length. The hook on the end can swivel a bit as well. 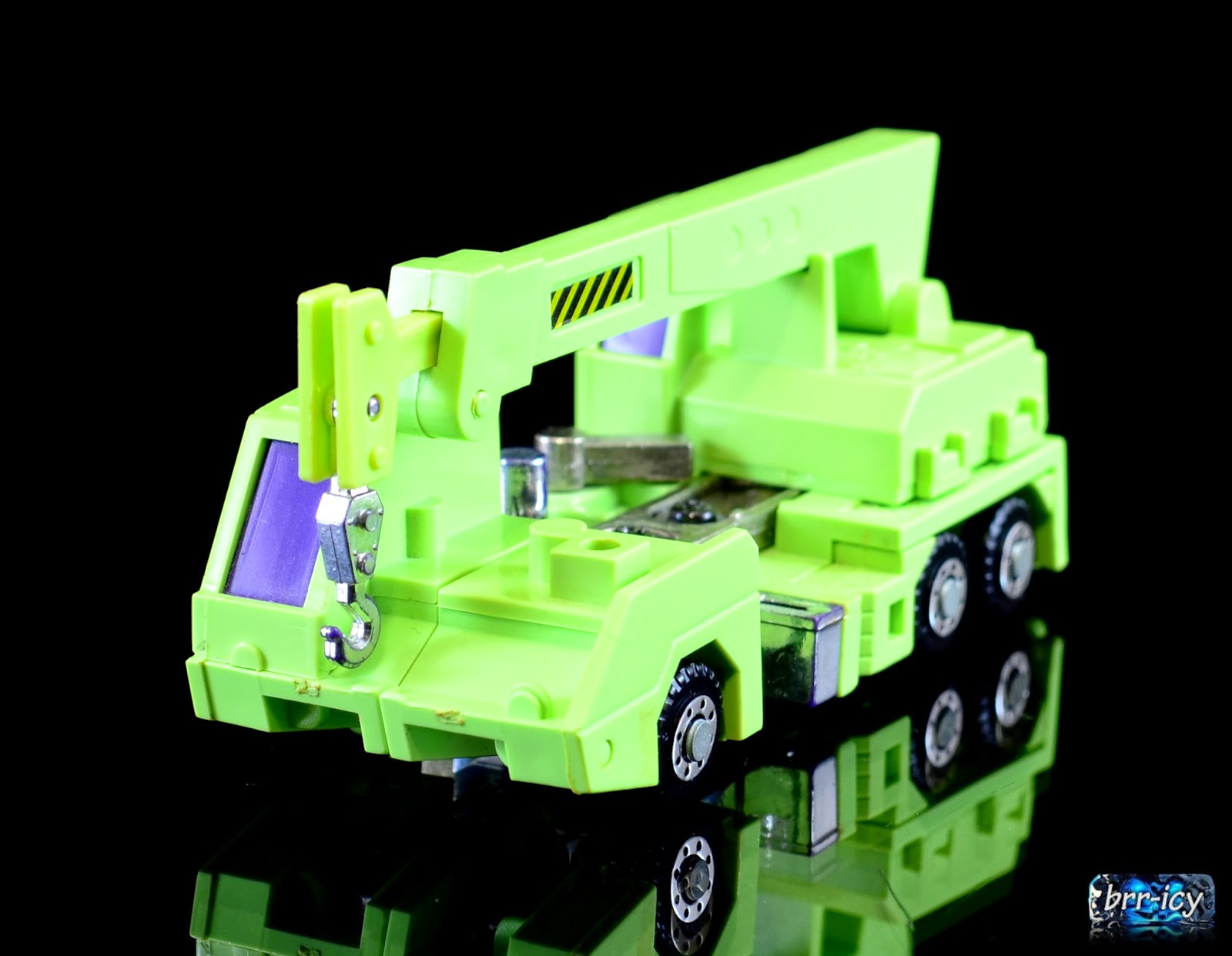 Each of the vehicle modes has an attack mode where most of the combiner parts become weapons for them, 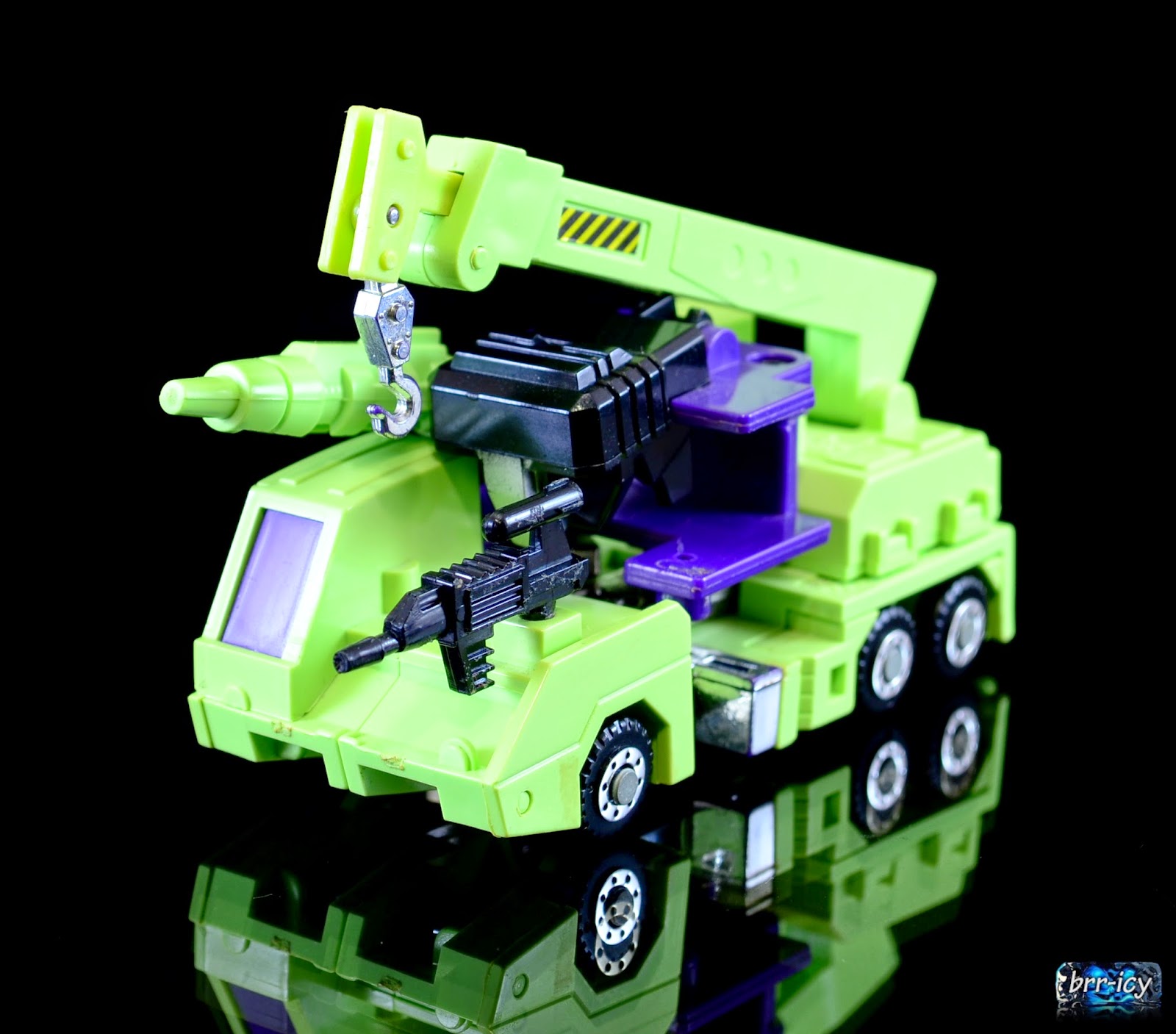 In bot mode, they all get a small pistol. Hook is my favorite bot of the set, I love the headsculpt and the overall proportions. 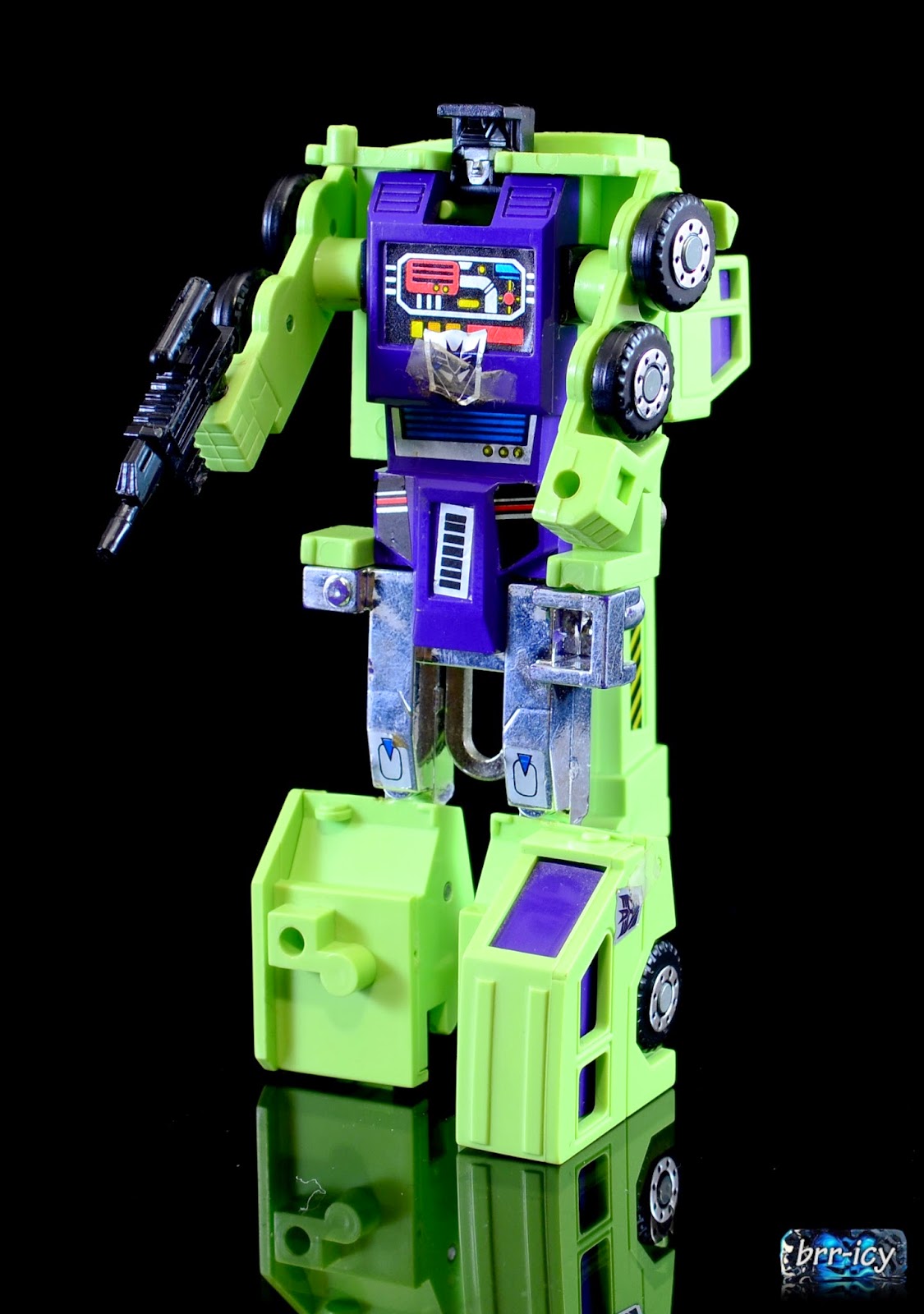 The right arm is made up of Scavenger, he's an excavator. the vehicle rotates on the treads and the bucket is articulated at the base and top. 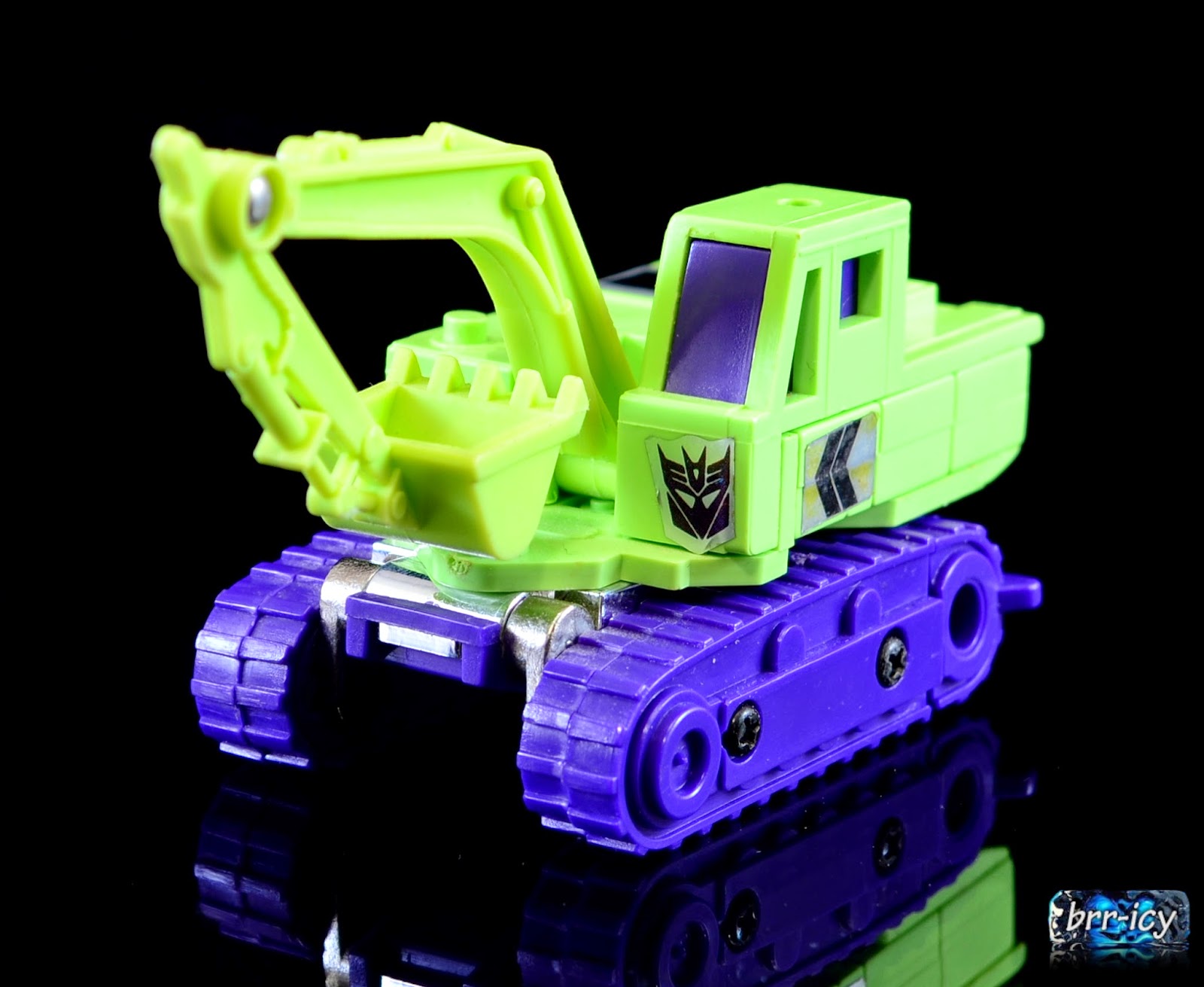 His attack mode gives him a launching drill missile. 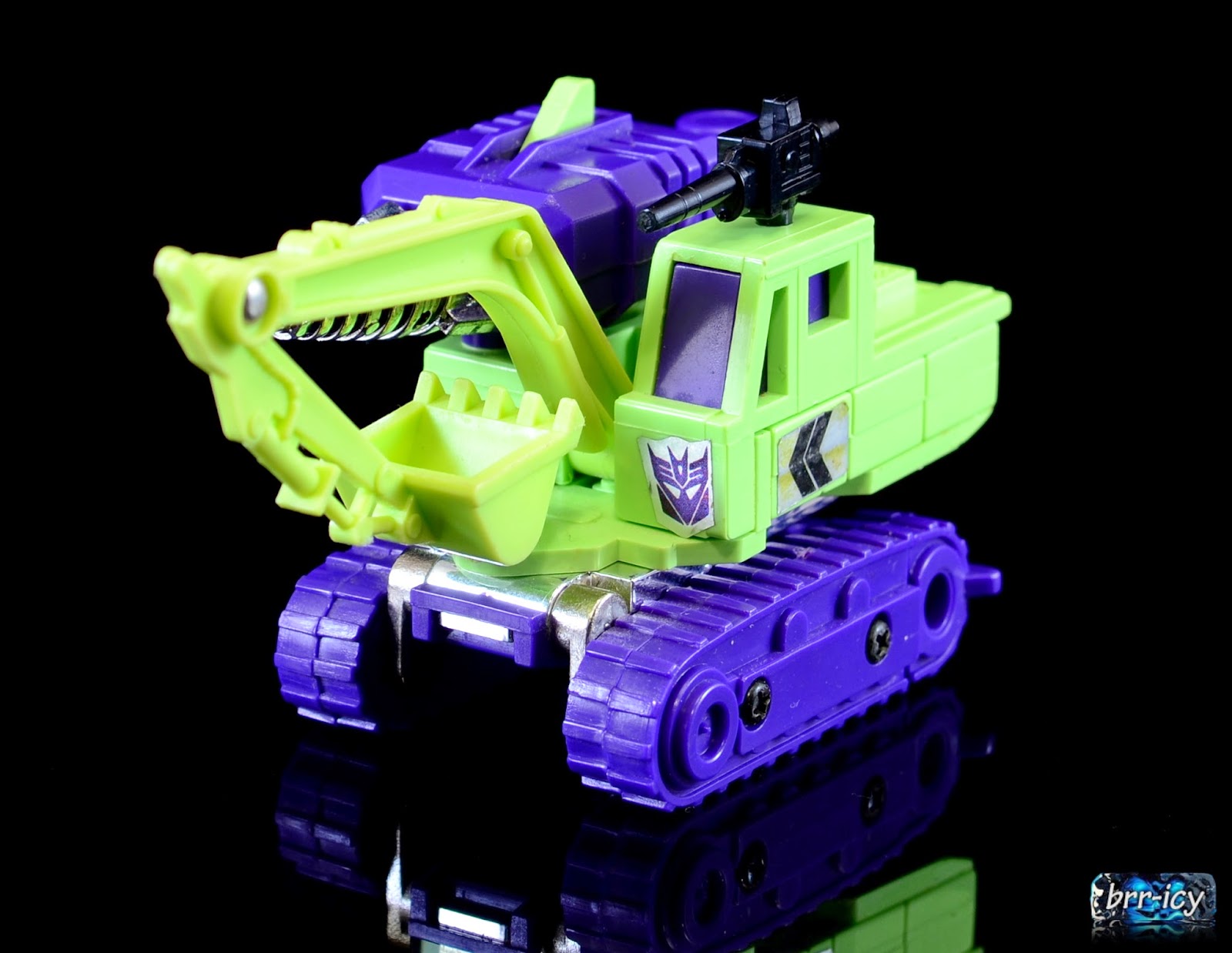 In bot mode, he has a very unique bot mode with the chrome chest and purple legs. 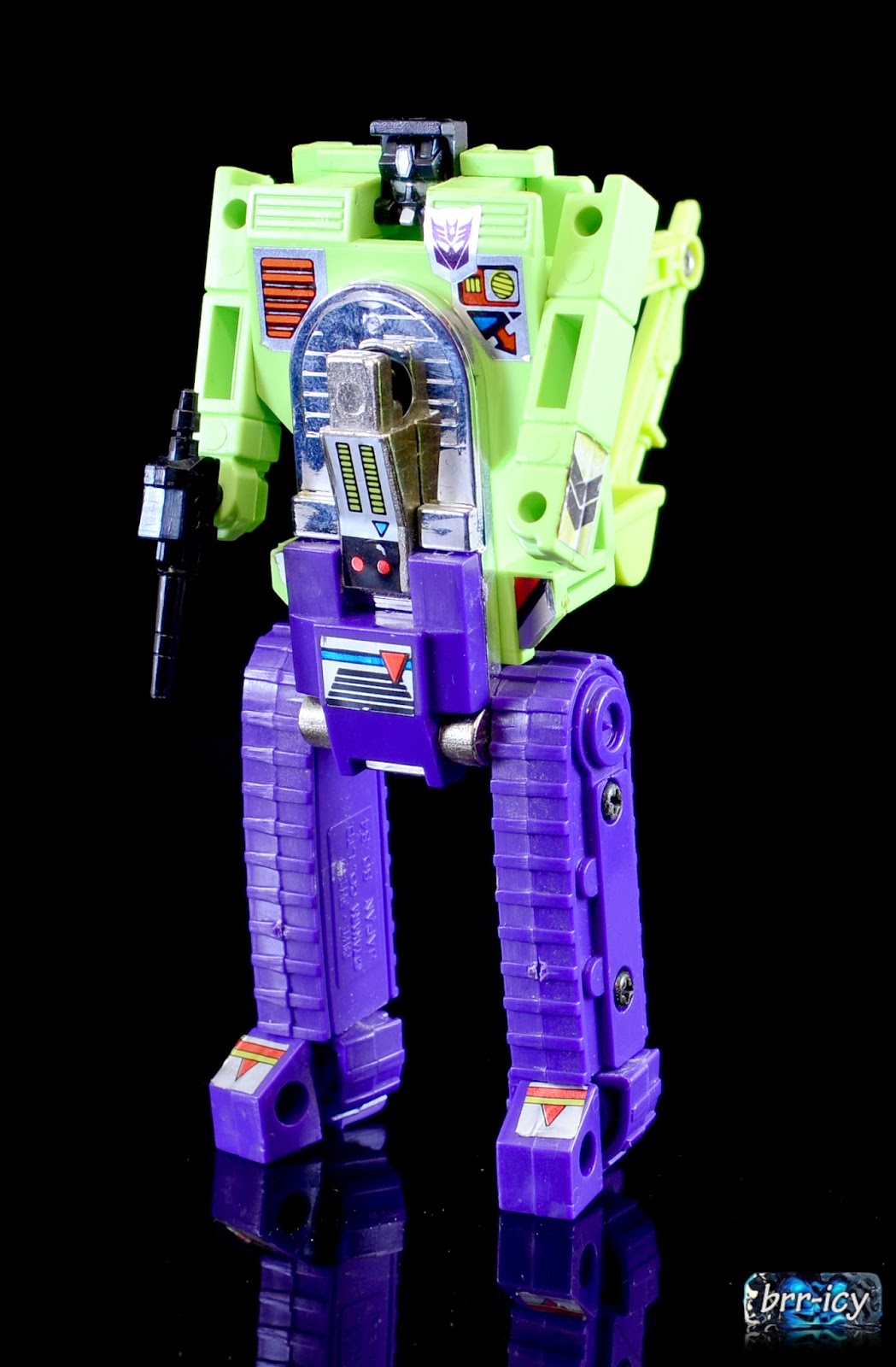 The left arm is made up of Bonecrusher who is a bulldozer, his bucket can be tilted upwards about 15-30 degrees, like Scavenger, there are no wheels on the treads, 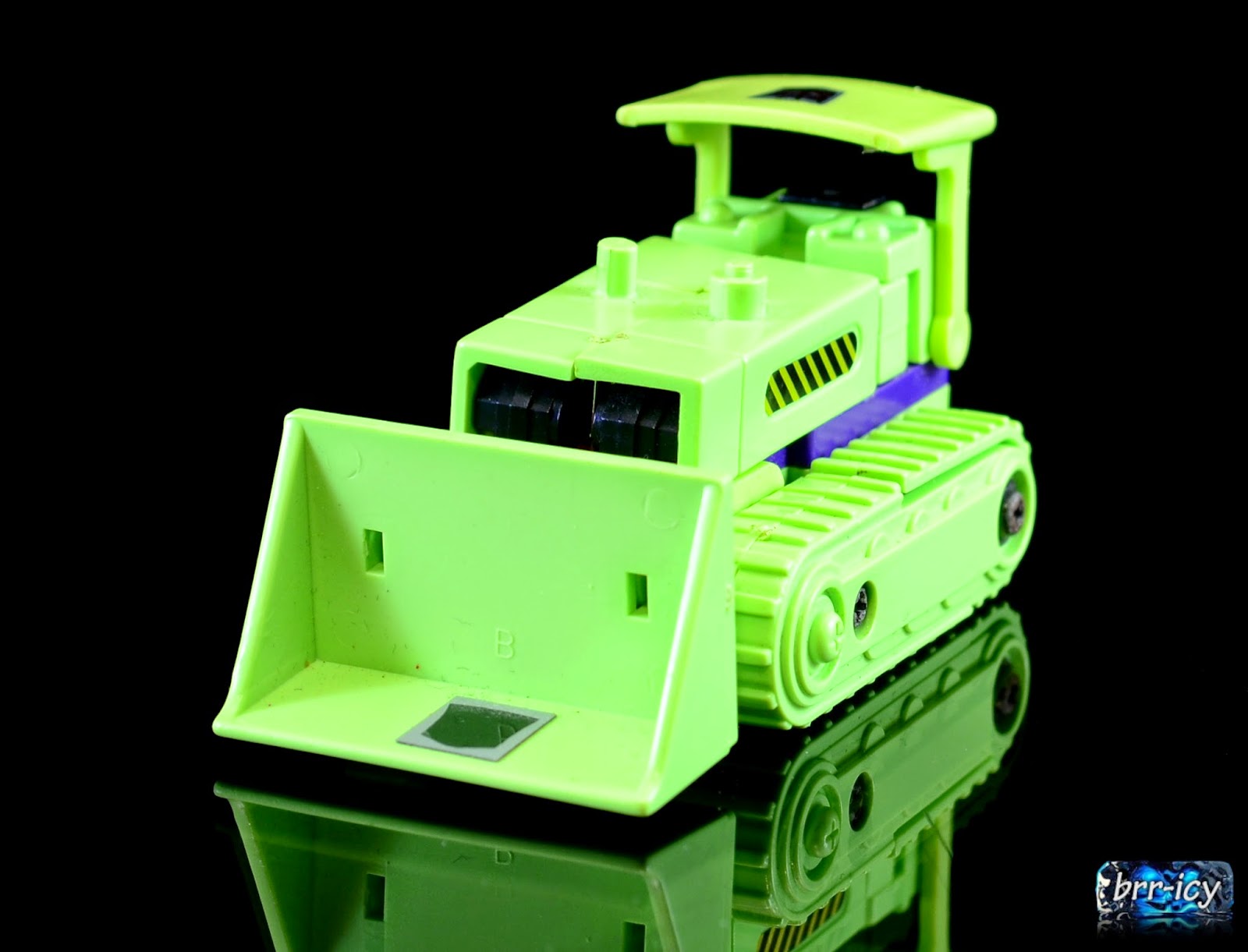 Also like Scavenger, he gets a firing drill missile, they aren't that powerful, if they had the springs that the Diaclone version had, I don't think the fists would fall out as much as they do on some sets (this one is good though) 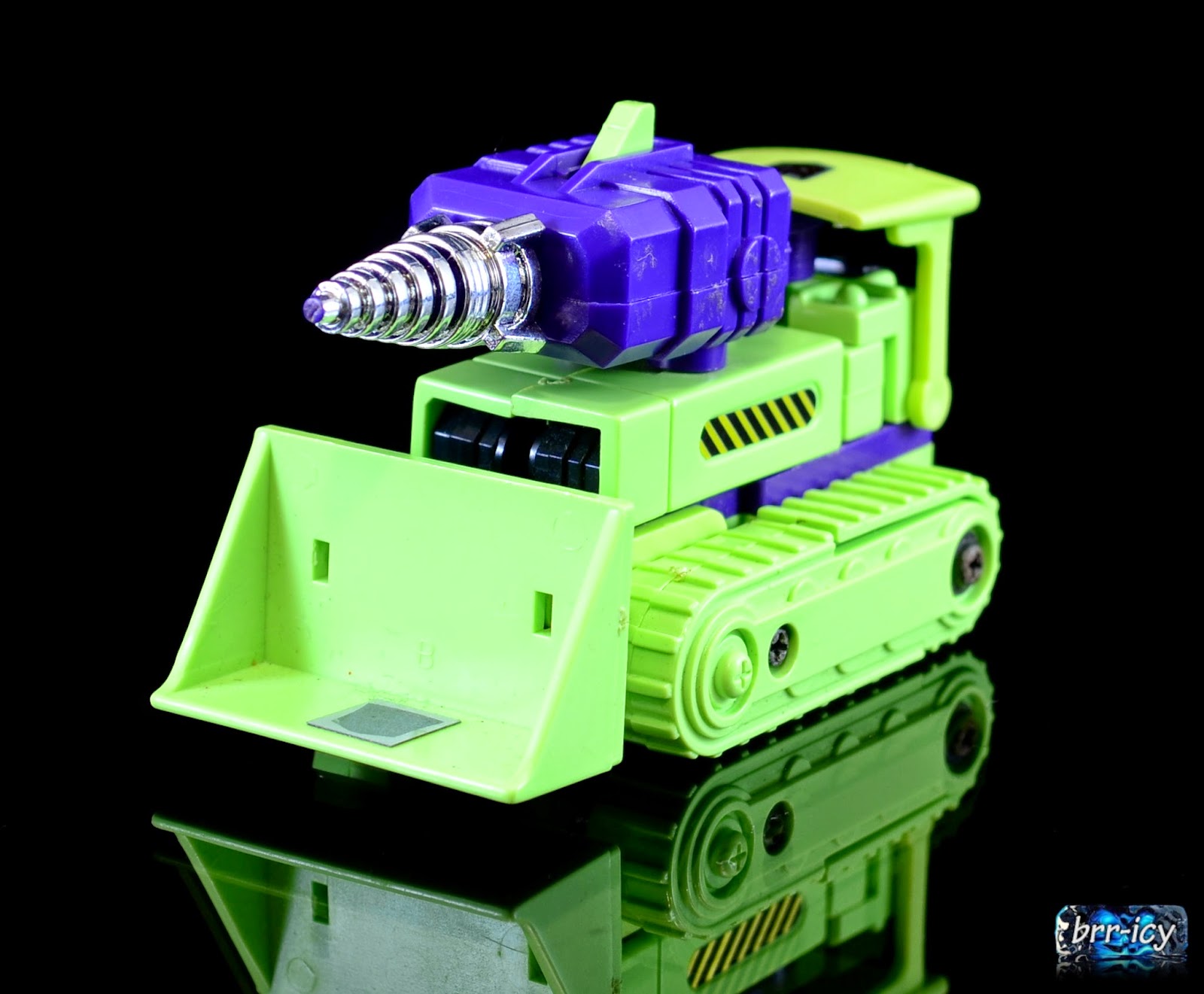 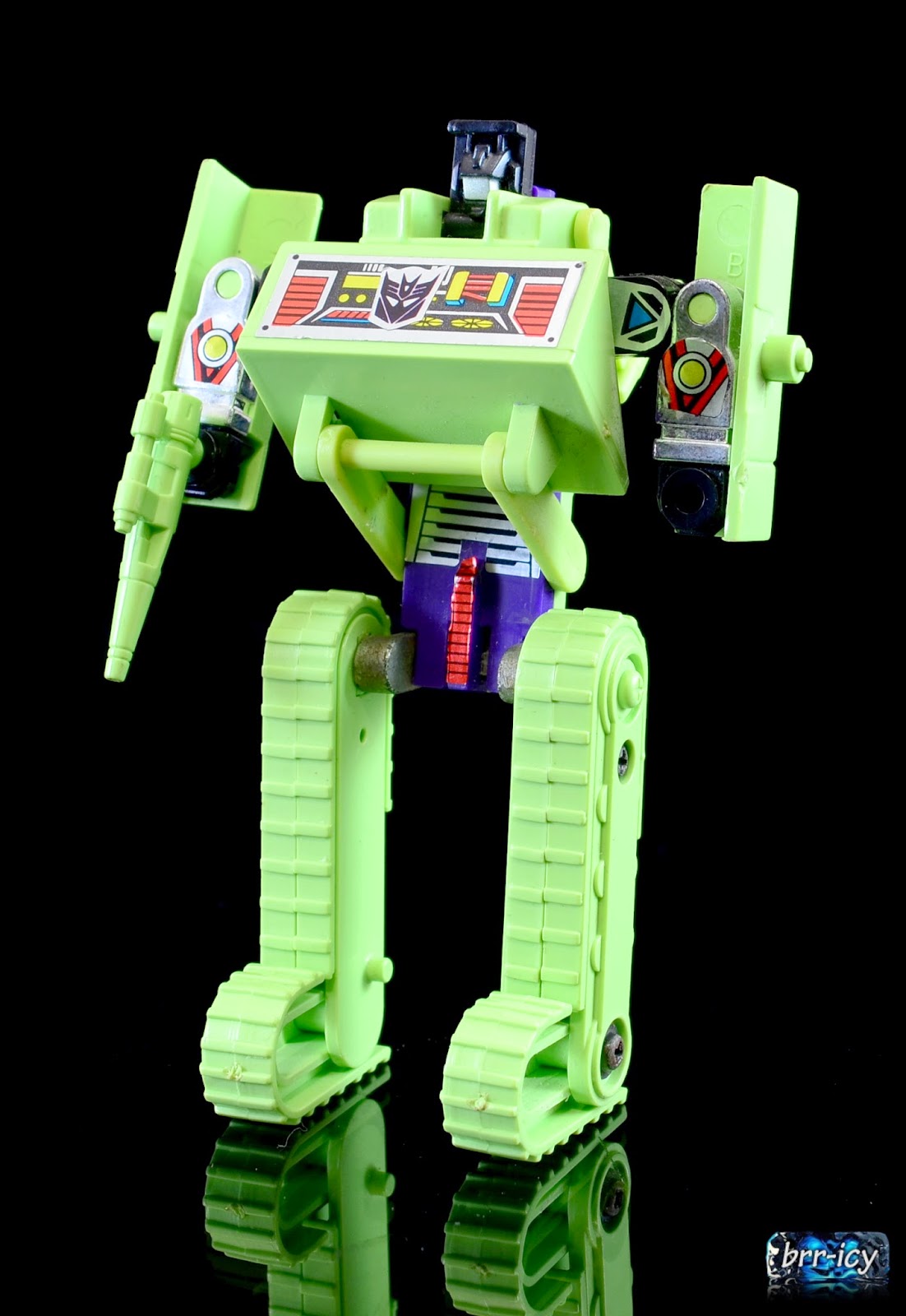 The lower torso is formed by Long Haul, he's a dump truck, due to the transformation, he doesn't get a proper articulated dumper, it can be done, but the wheels move with it. 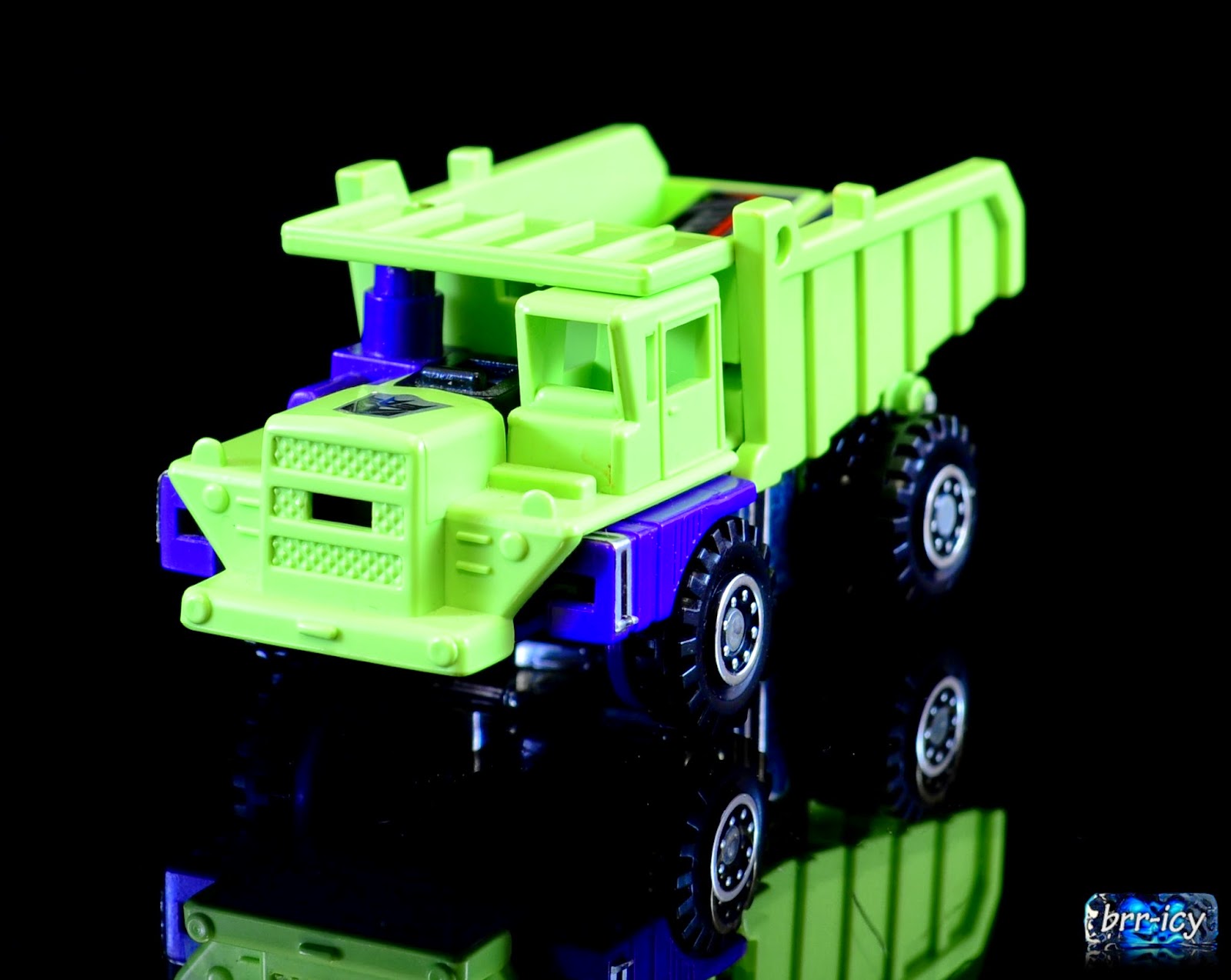 His attack mode is strange, not sure what to make of it other than it has missiles on the side, 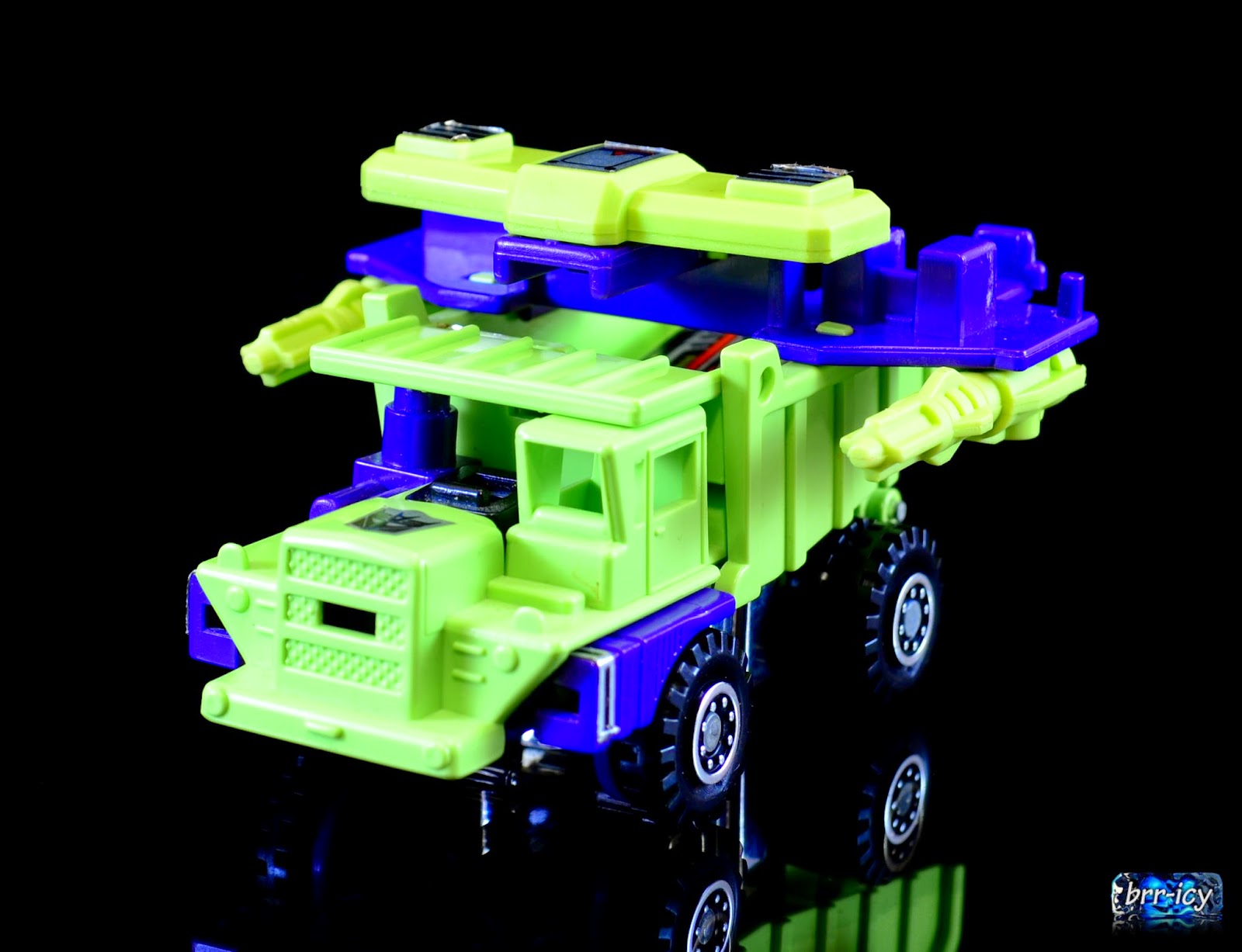 In bot mode, he has a little bit of a problem seeing to the one side. 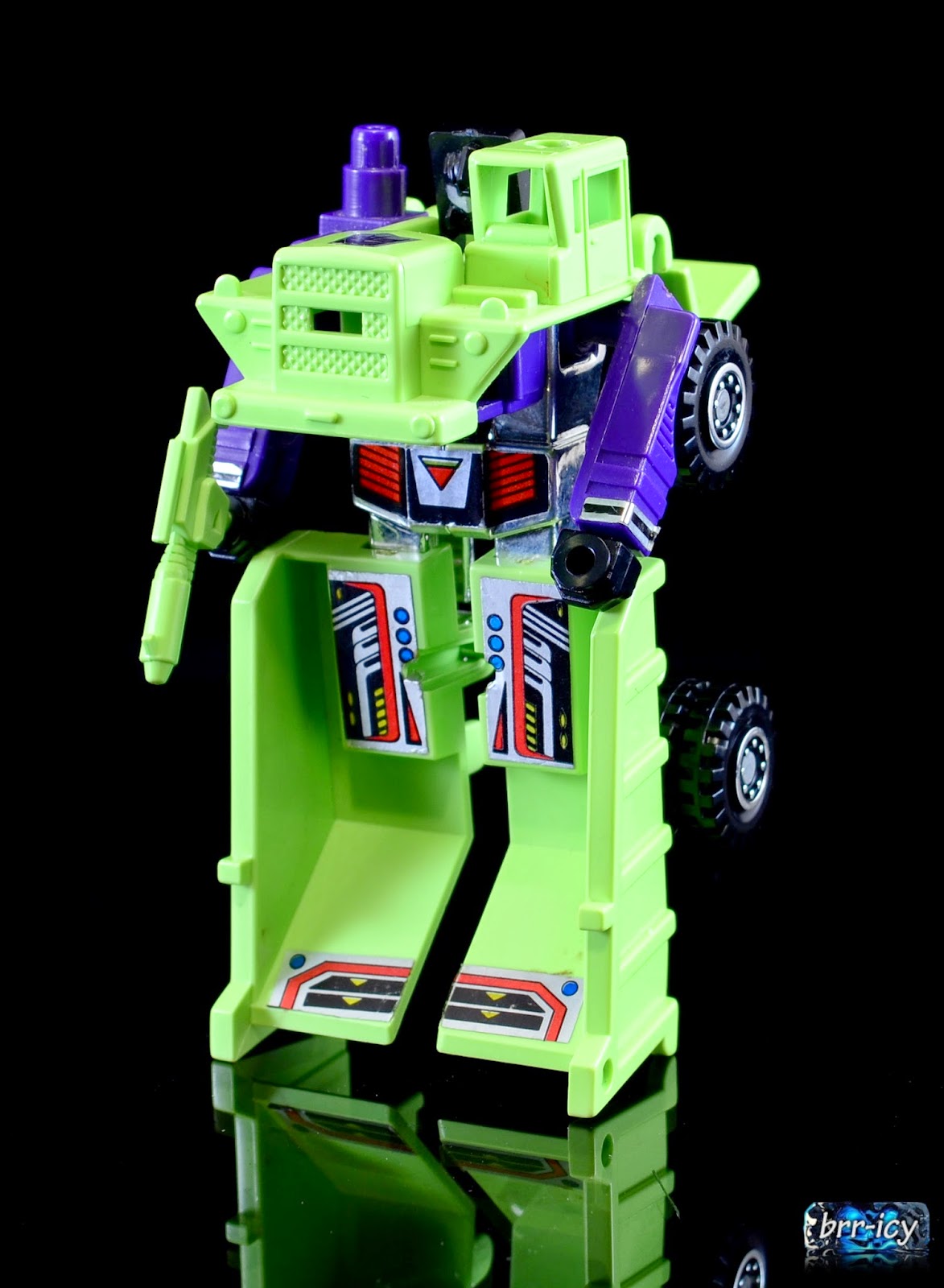 The left leg of the combined mode is made up by Mixmaster. He is a cement mixer, the barrel rotates on it. 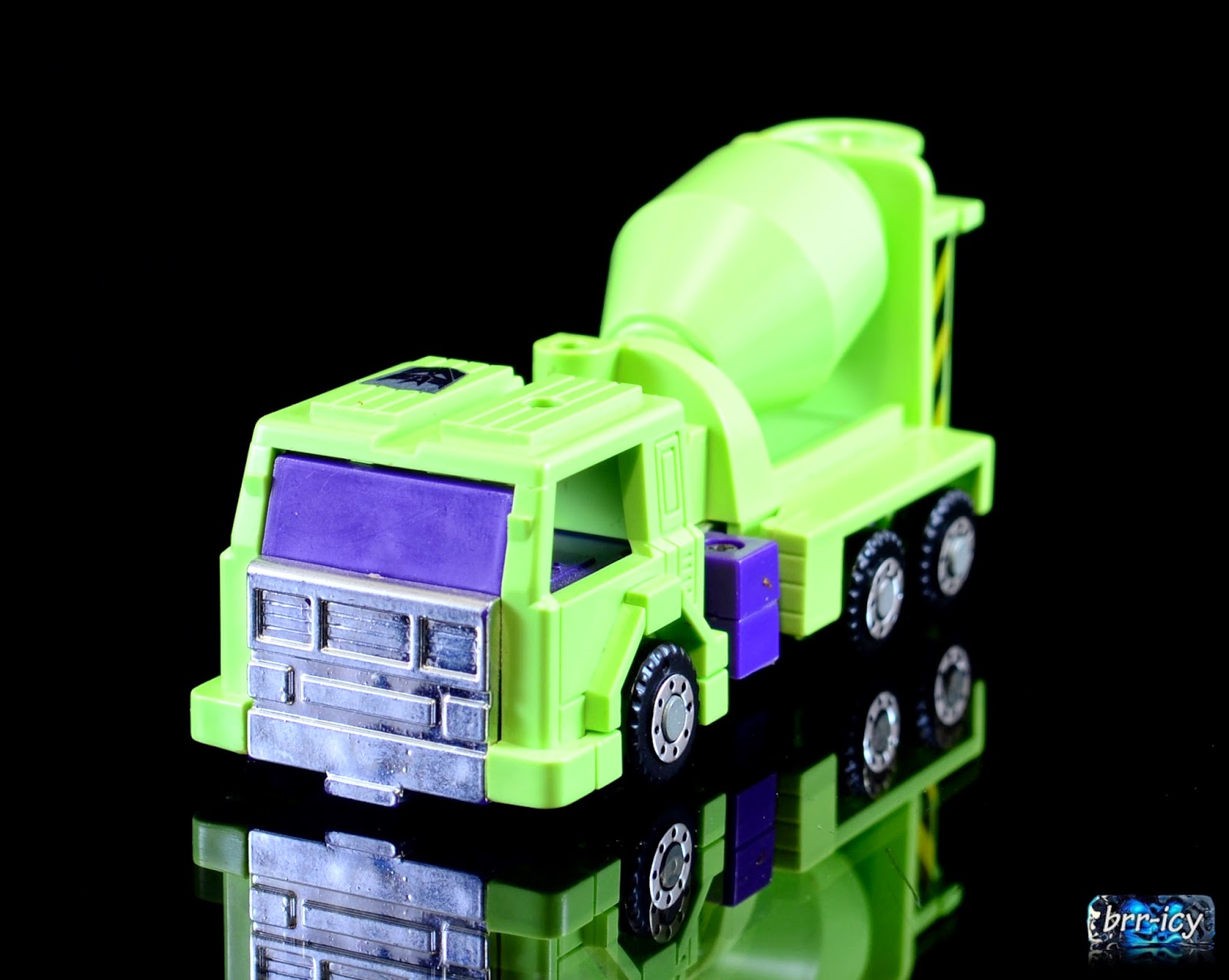 All he gains for his attack mode is the main rifle and his pistol on top. 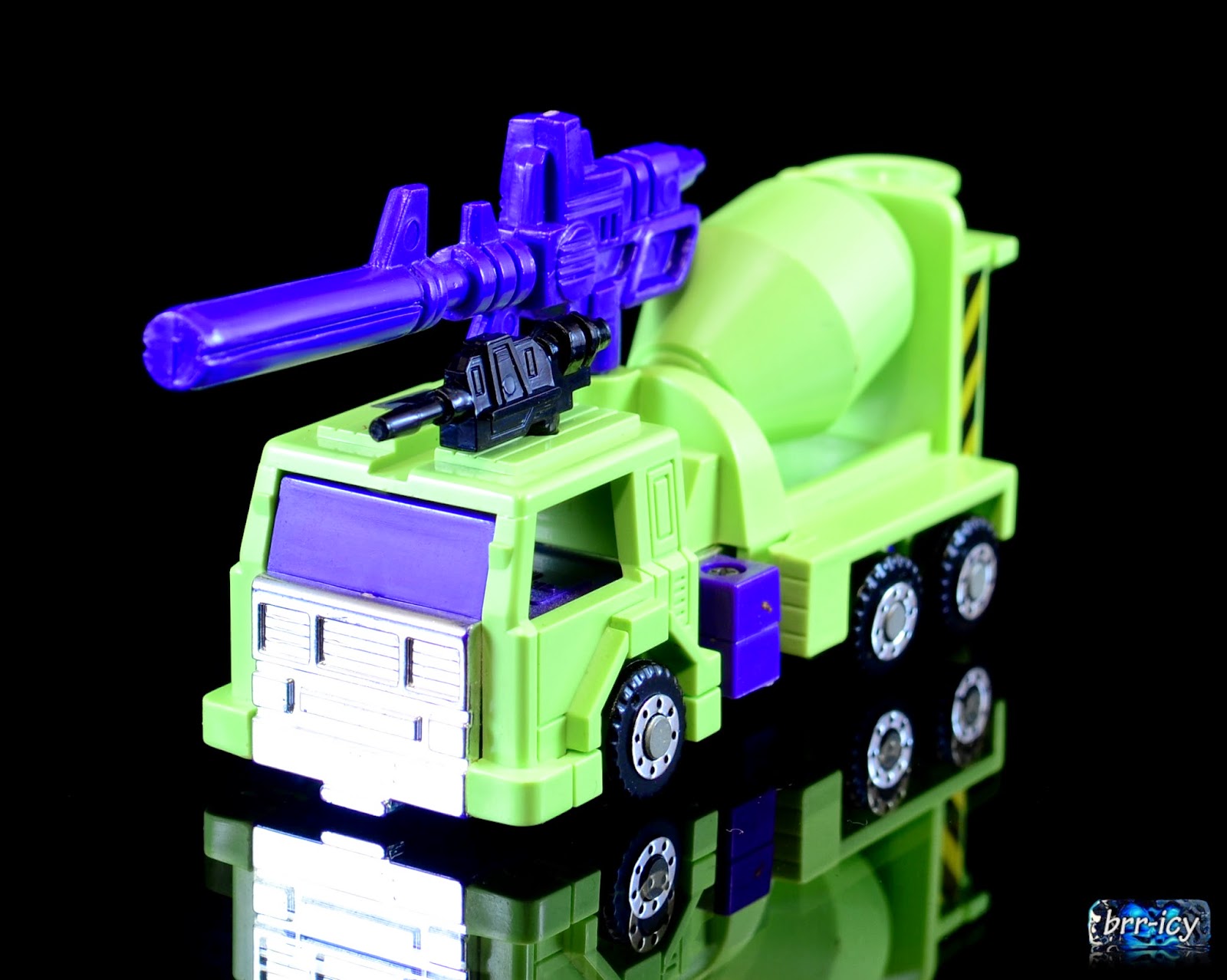 He also gains a firing missile launcher from above his head in bot mode, which comes with a single or a dual chrome missile. 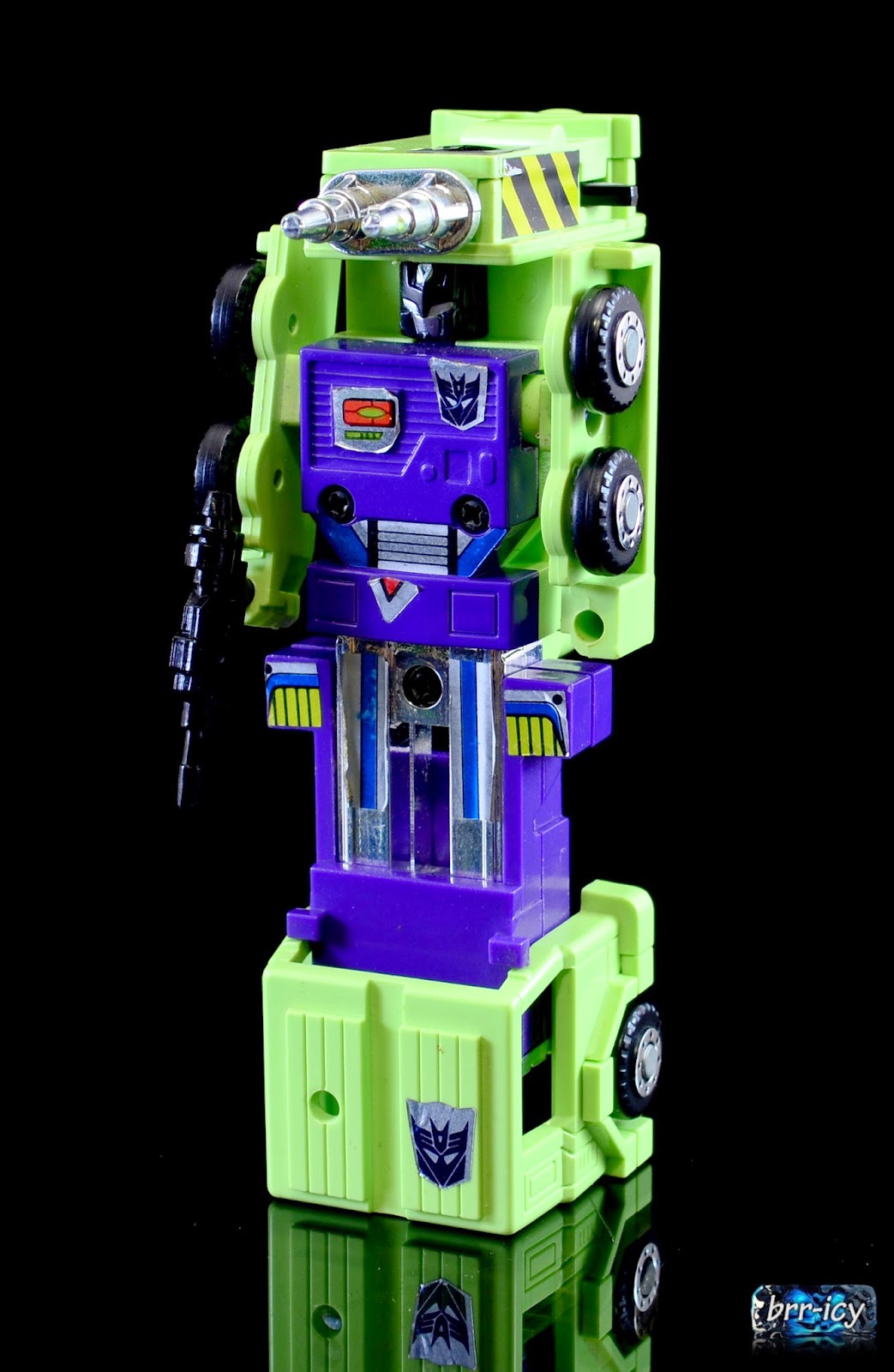 Lastly, the right leg is formed by Scrapper, who is also the leader of the Constructicons. He turns into a payloader. The bucket is articulated by the base, I would have liked it to have another joint down by the bucket so you could use it to dump into Long Haul, but such is life. 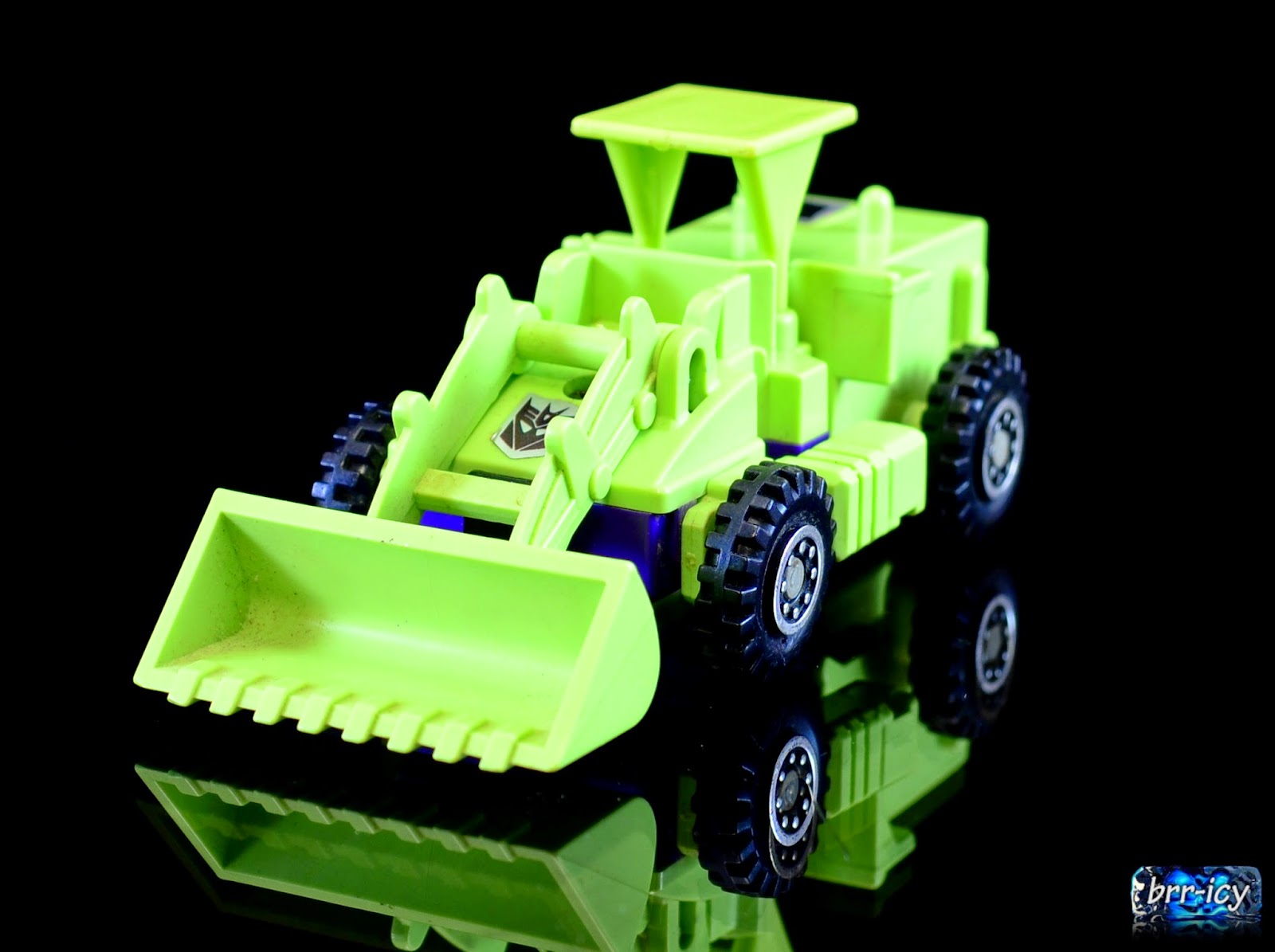 His attack mode consists of attaching the wing to the back, so maybe he's a flying payloader? 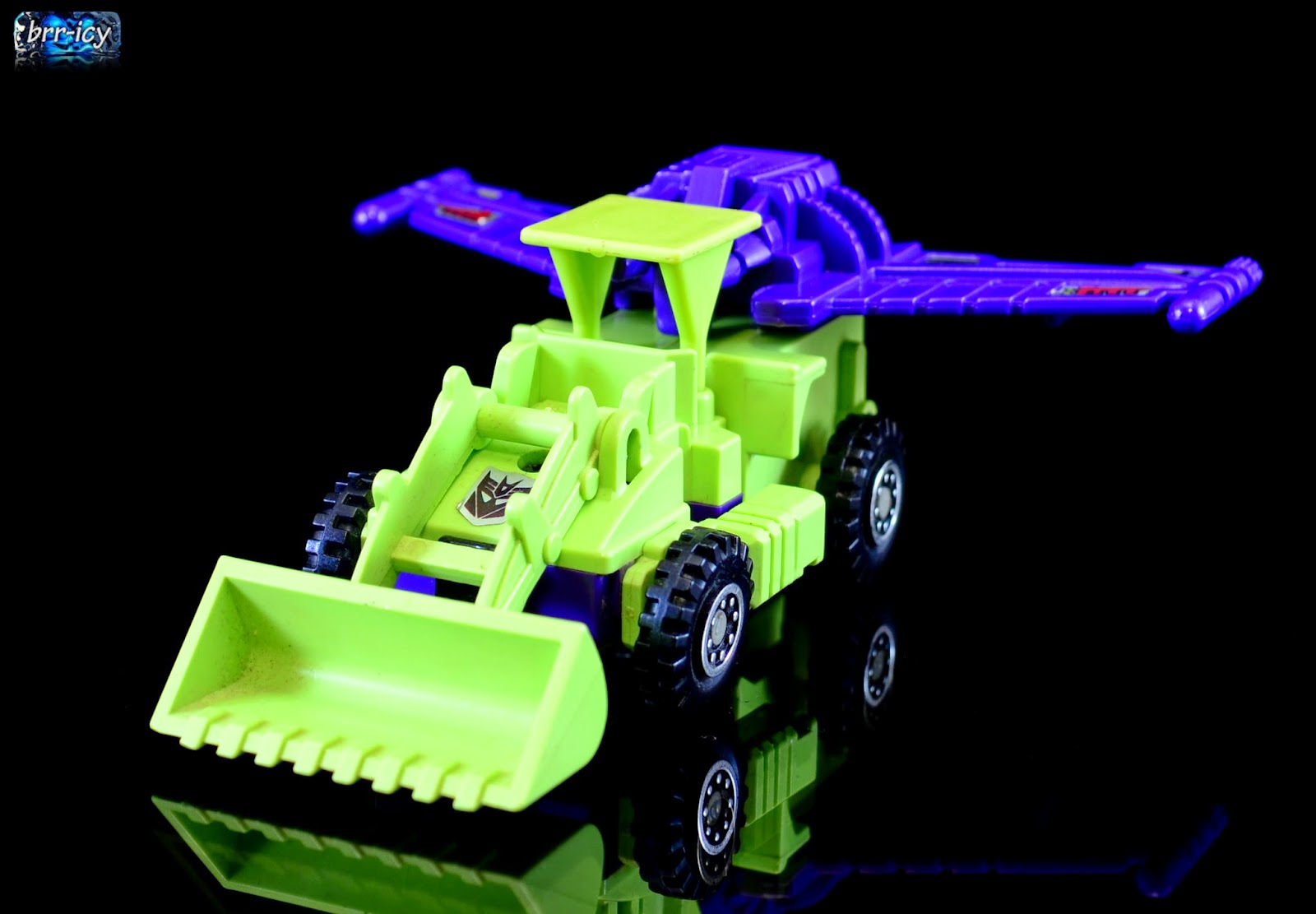 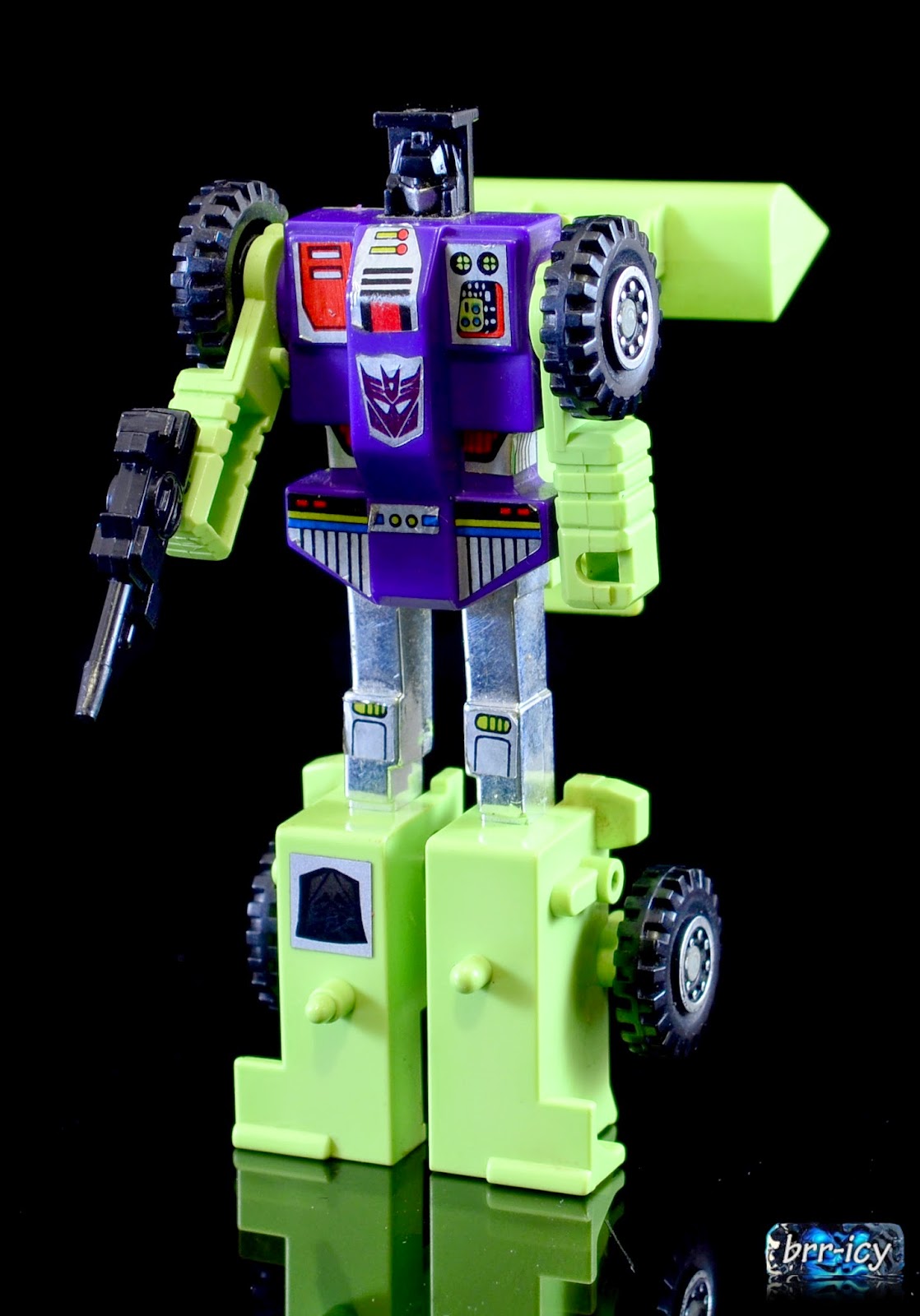 The combined mode is nice, there are a lot of add on parts, but they are pulled off ok. I don't have the need to get the add ons for my G1 figures, so stock is the way I display them, 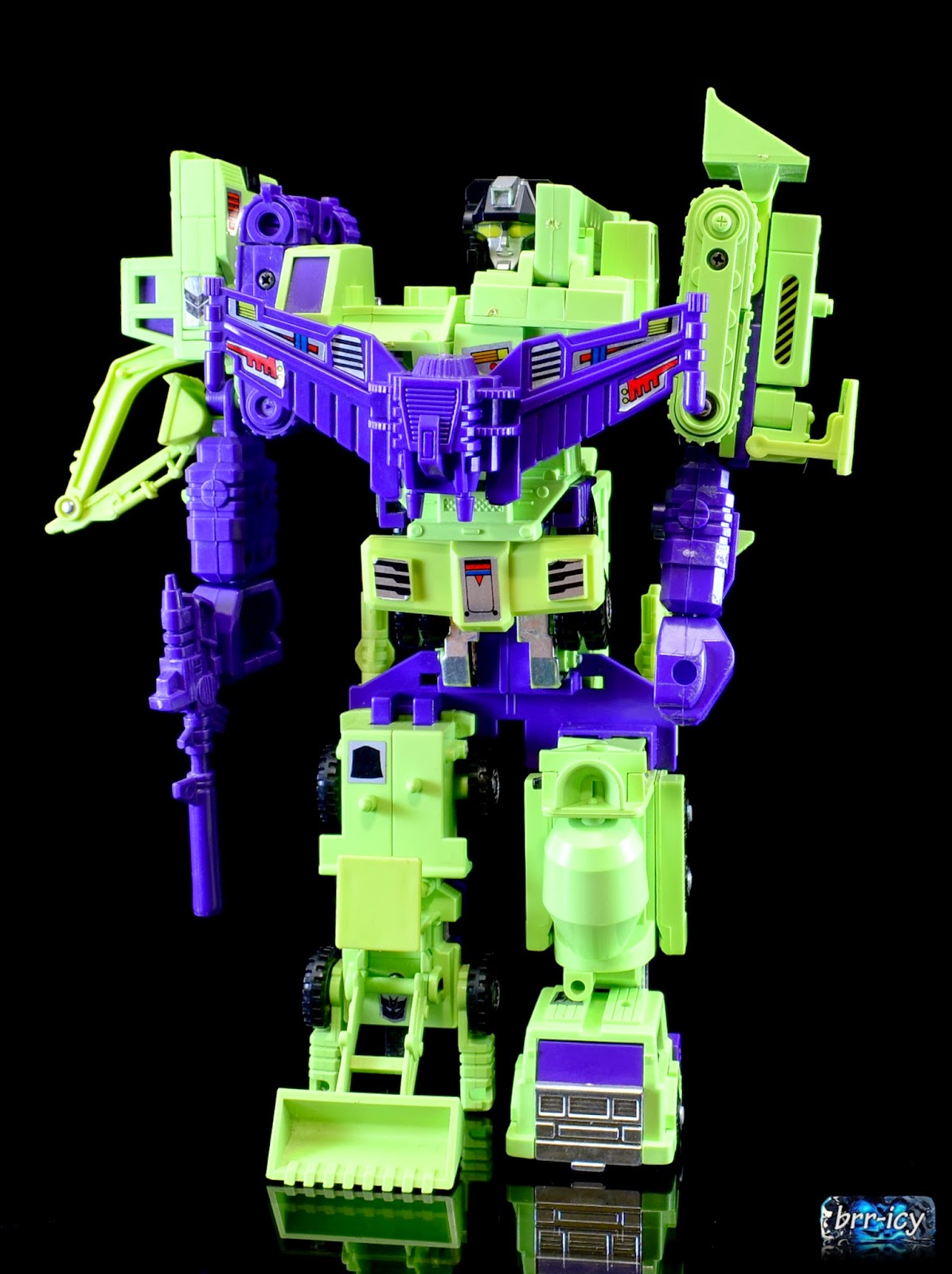 All in all, a great set, with some nice colours and a nice departure from the Scramble City type ones. Some group shots of them to finish off. They have a nice cohesiveness that most of the combiners lack.