So this concludes a long saga in hunting for me. I only went after the two that were different, maybe one day I'll find a Flamefeather/Sizzle in the box just to have the trio. These are the Decepticon/Destron cold sparking figures.

So this will be a comparison review since there is not a lot to say about the Firecons molds...they suck haha.

Flamefeather and Sizzle are identical going off of HD's review of them, so I never set out to track one of them down. He turns into a bird...thing. 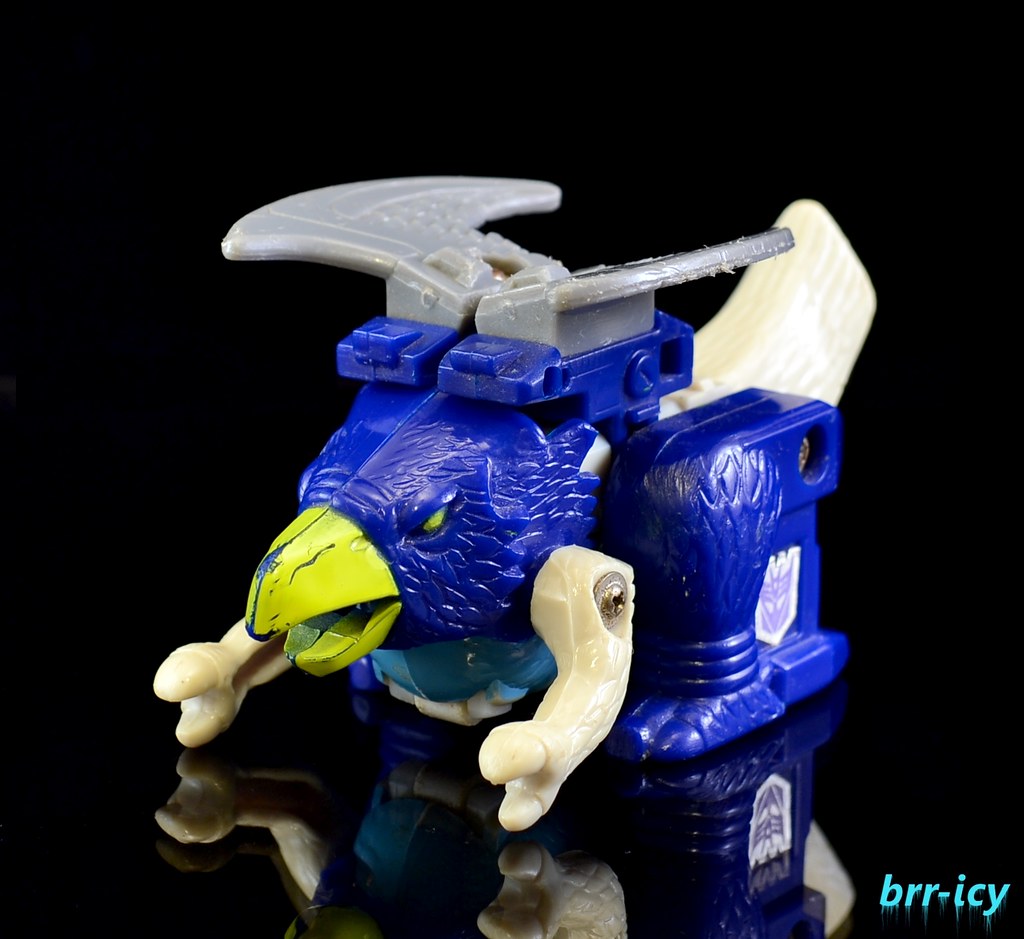 In bot mode, he's pretty much a write off, He looks like he should be mounted on a horse or something. The entire bird is kind of folded onto the back. I will refrain from commenting on their overall design for the next two lol. 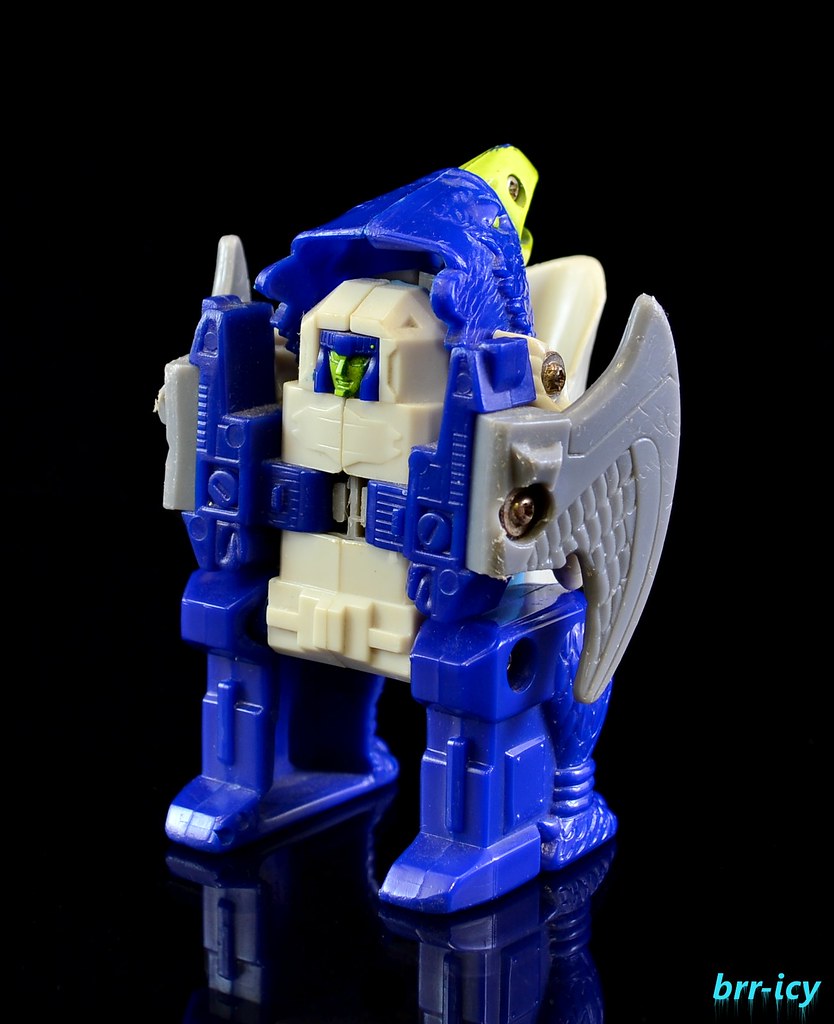 Jabile was the first one I bought of them, last to arrive. I really like their boxes, much nicer than the toy inside. He is a repaint of Sparkstalker. 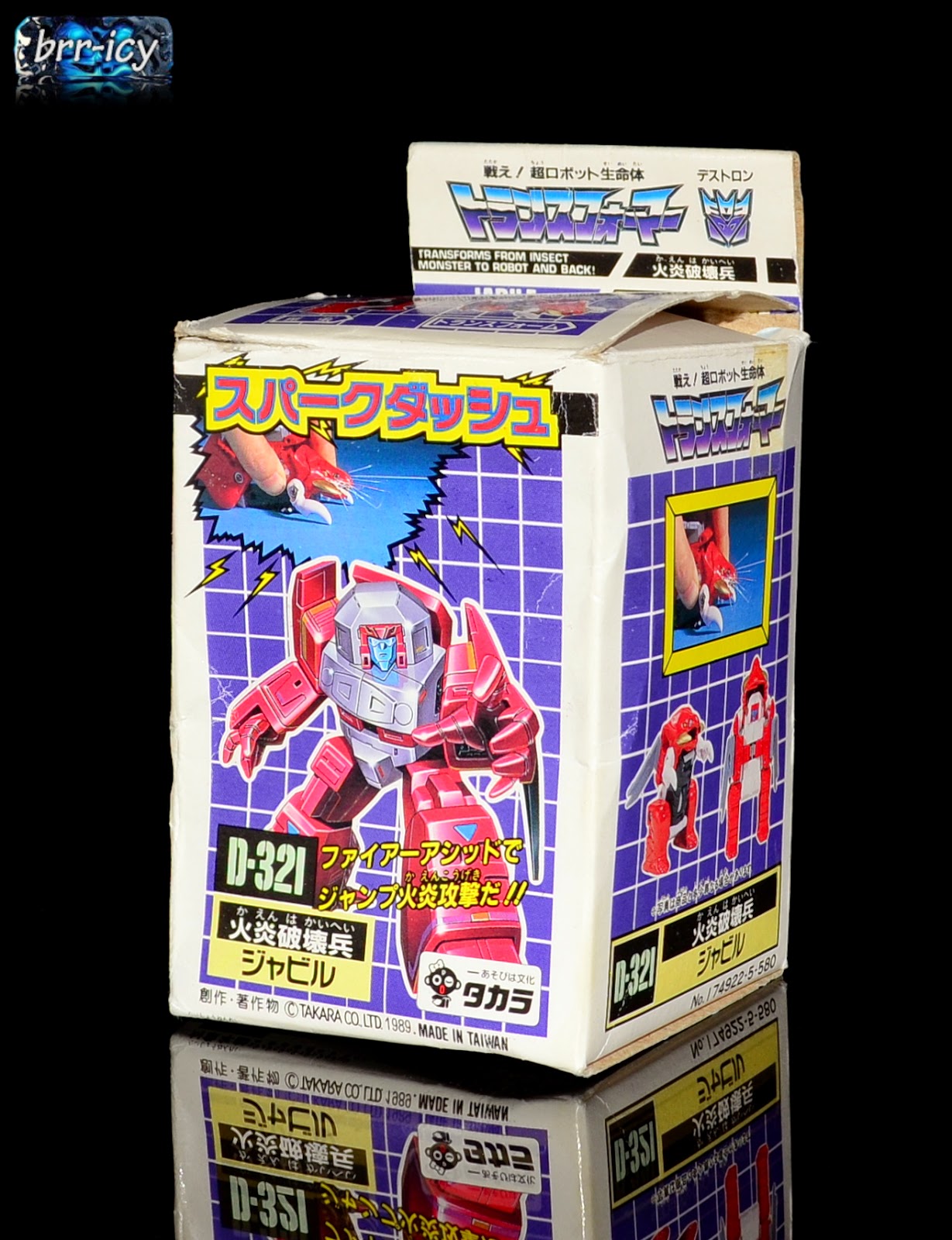 He is a strange lizard bird thing. Reminds me of the one Spiderman villan in the old cartoon with the hills that walked, forget his name. You can see he is a brighter red than the US version, with gold paint instead of yellow, and a black chest instead of the purple.

The face paint is a slightly different shade as well. 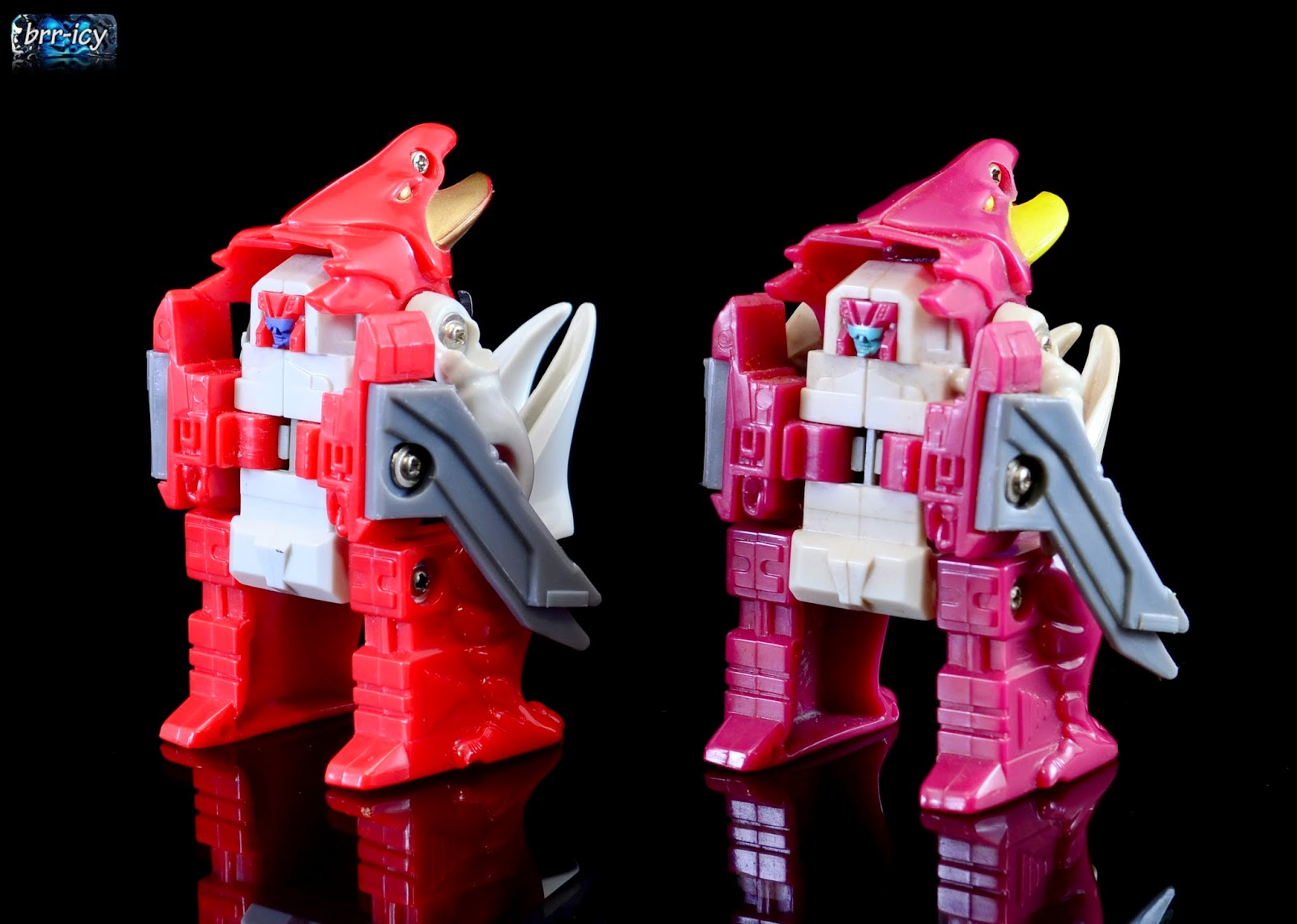 And lastly, Guzzle, who is a repaint of Cindersaur. Again with the nice boxart. They come packed in a styro insert as well 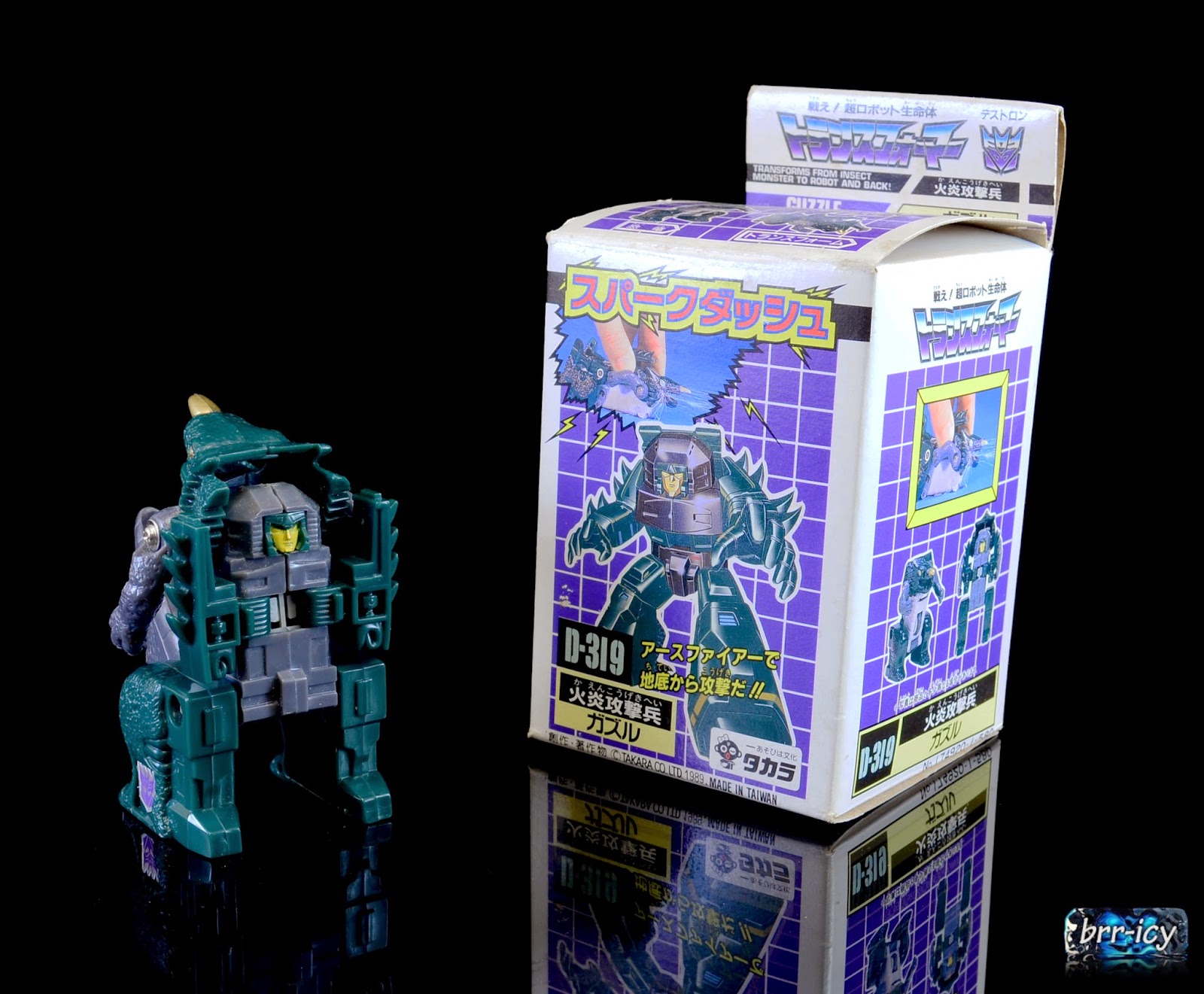 He is some sort of horned monster, not exactly sure what they were going for with him. he's got feathers, but no wings. His colourscheme is more toned down than his US counterpart with the purple being replaced with green and the yellow with gray. The detail paint is also replaced by gold. 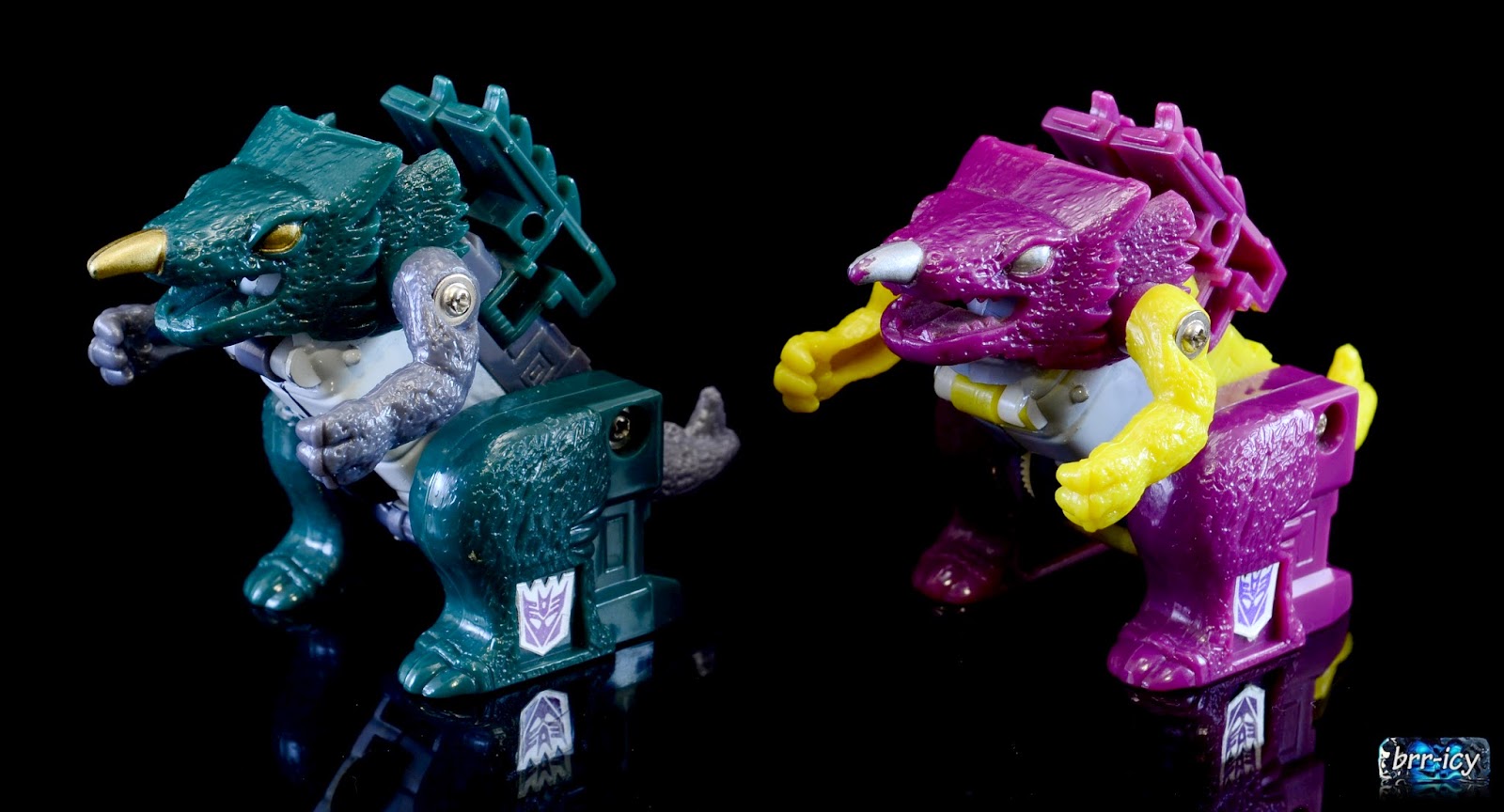 Instead of a green face he gets a yellow one. I'm inclined to like the Masterforce version of him better, whereas with Jabile, it's more of a toss up. 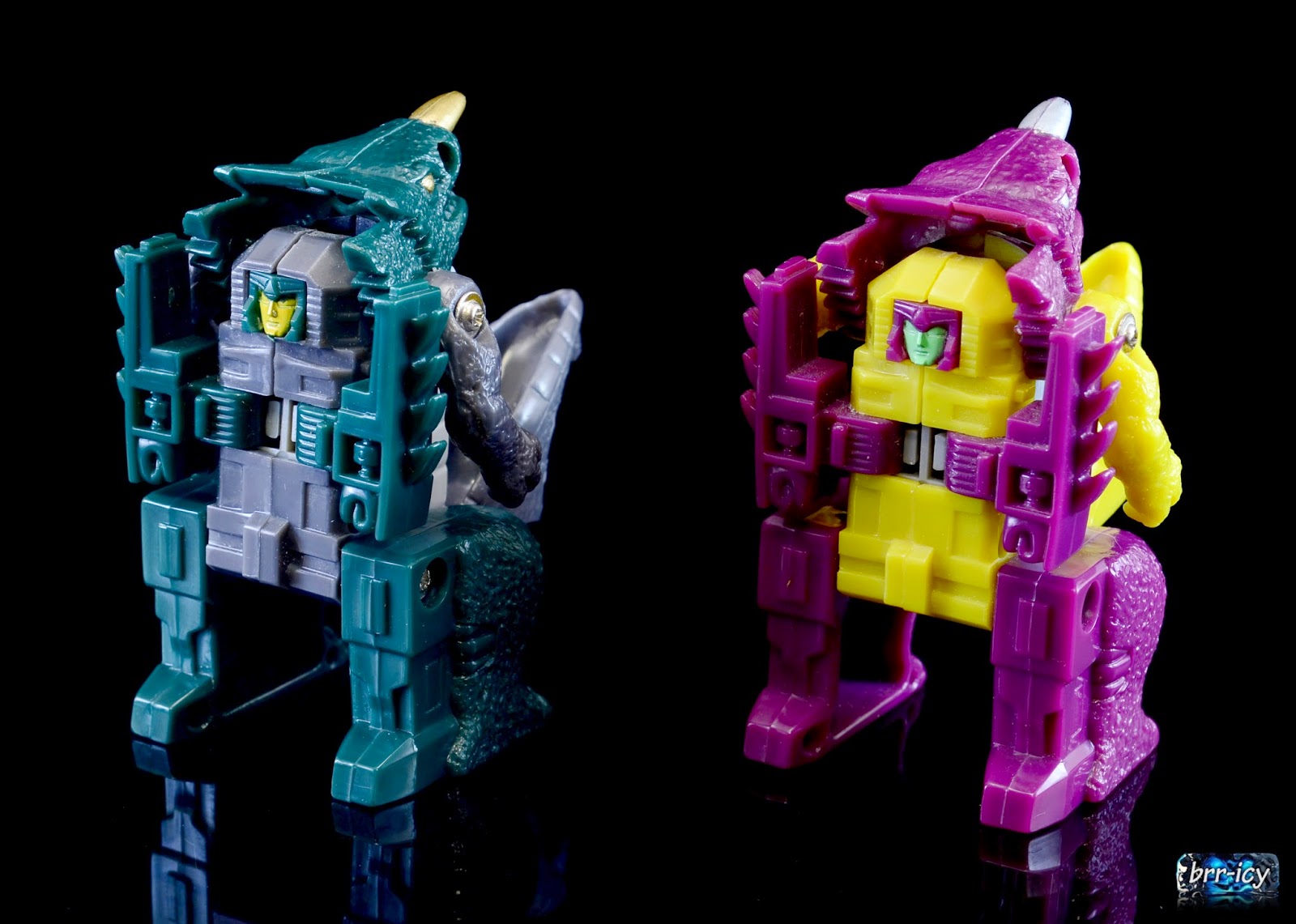 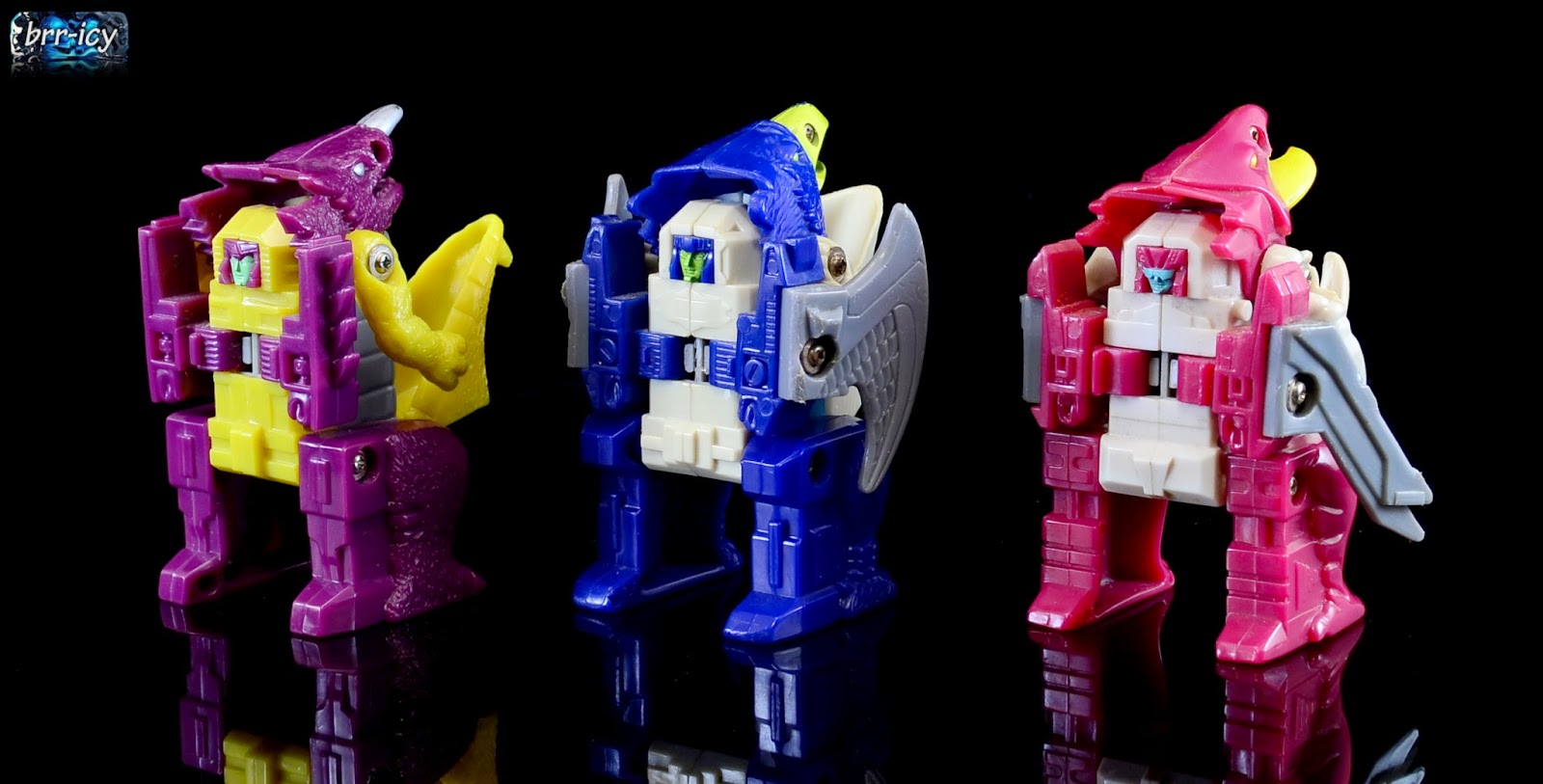 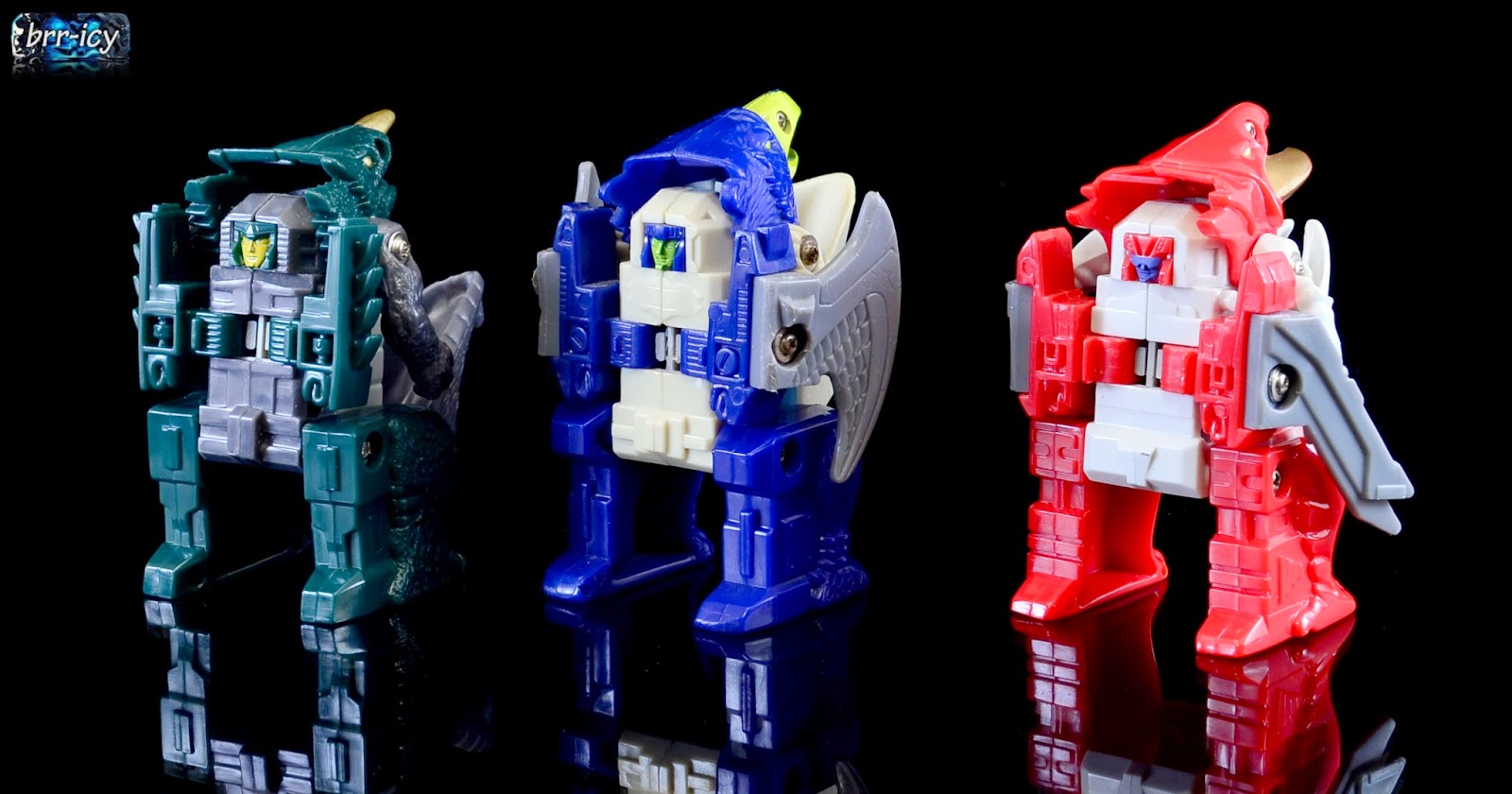 Whole set, these pics make me unreasonably happy, I know I am not a fan of the molds, but it's still a cool sight to see them all lined up like that.