Short and Sweet: the Duocons.

One of the smallest subgroups in G1, the Duocons.  Most of the subgroups had an Autobot and a Decepticon version of them, Firecons, Sparkabots, etc. the Duocons on the other hand, were alone in their gimmick

These two sets were interesting to me, since the vehicles only formed half of the robot mode, kind of like lesser cousins to Overlord. Although they lack poseability even to raise their arms, I still like them, even just for their uniqueness. Battletrap was formed by a helicopter and a truck, when you push the helicopter down onto the truck, the figures auto-transform. 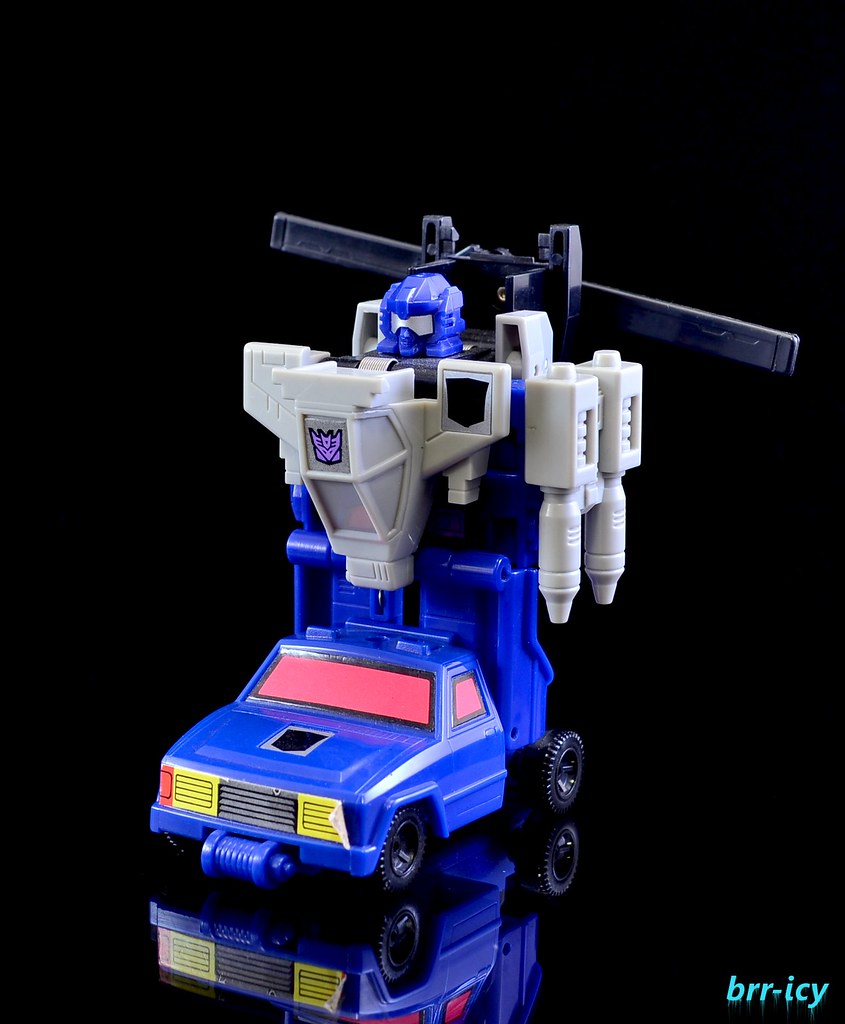 Flywheels is made up from a tank and a jet, with the way their names are, I am pretty sure they got swapped considering Flywheels has no wheels. There was a custom set by Spurt Reynolds of these two that blew me away a few years back. I would love to own a set of them one day. 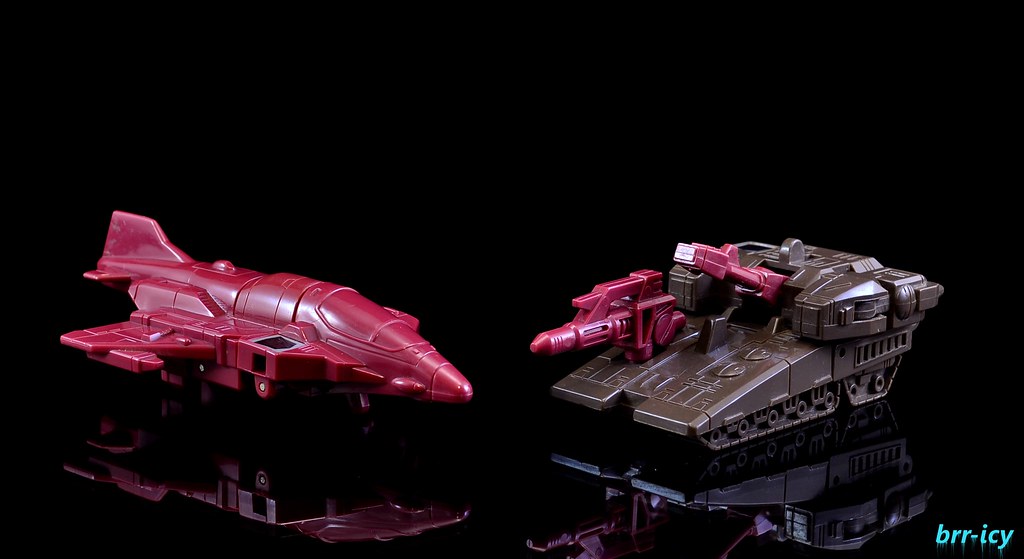 Just like Battletrap, Flywheels has the auto-transform gimmick as well. The tank turret hides under the nosecone for this mode, mine's missing most of the labels. 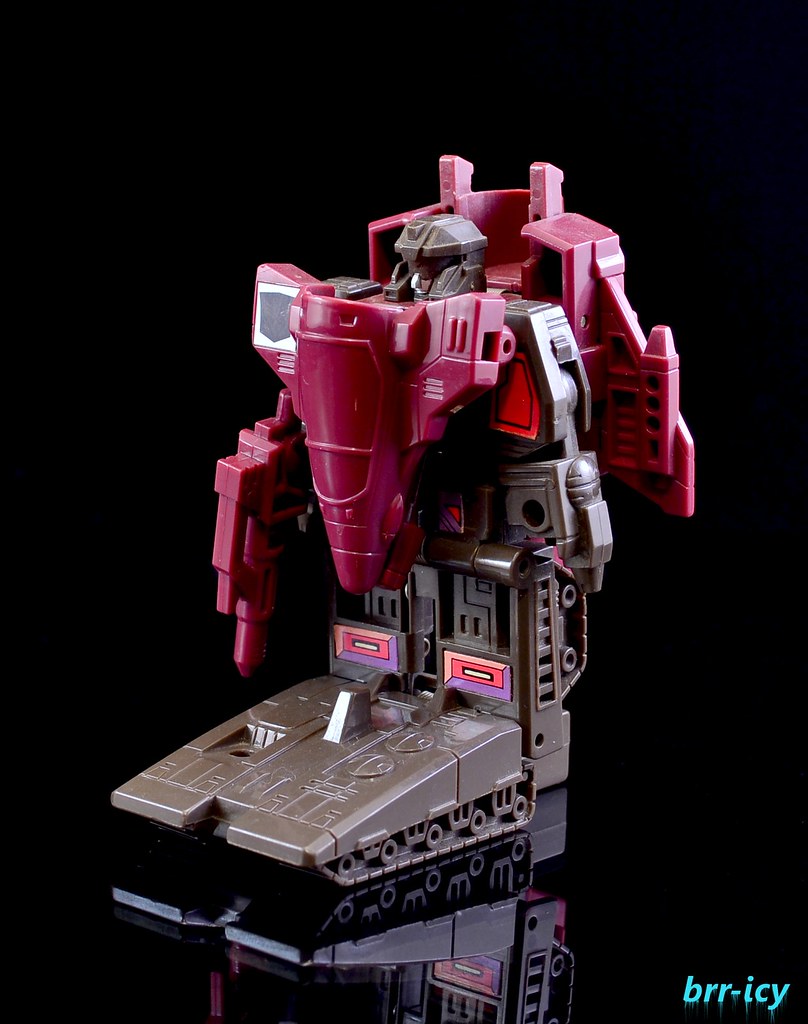 An (unplanned?) side effect of their auto-transformation ports is that the they are interchangeable. When this is done, you get Flytrap and Battlewheels. 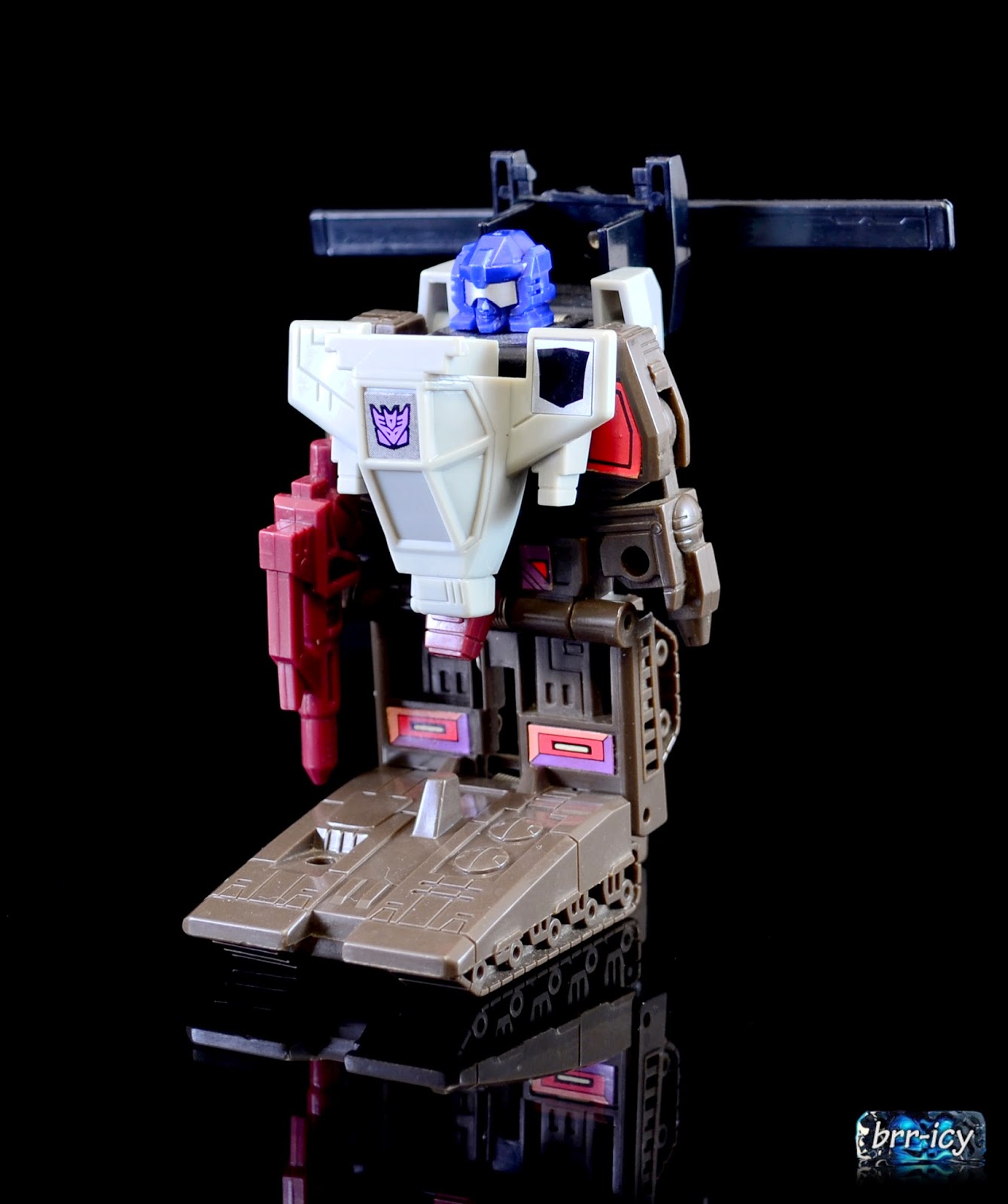 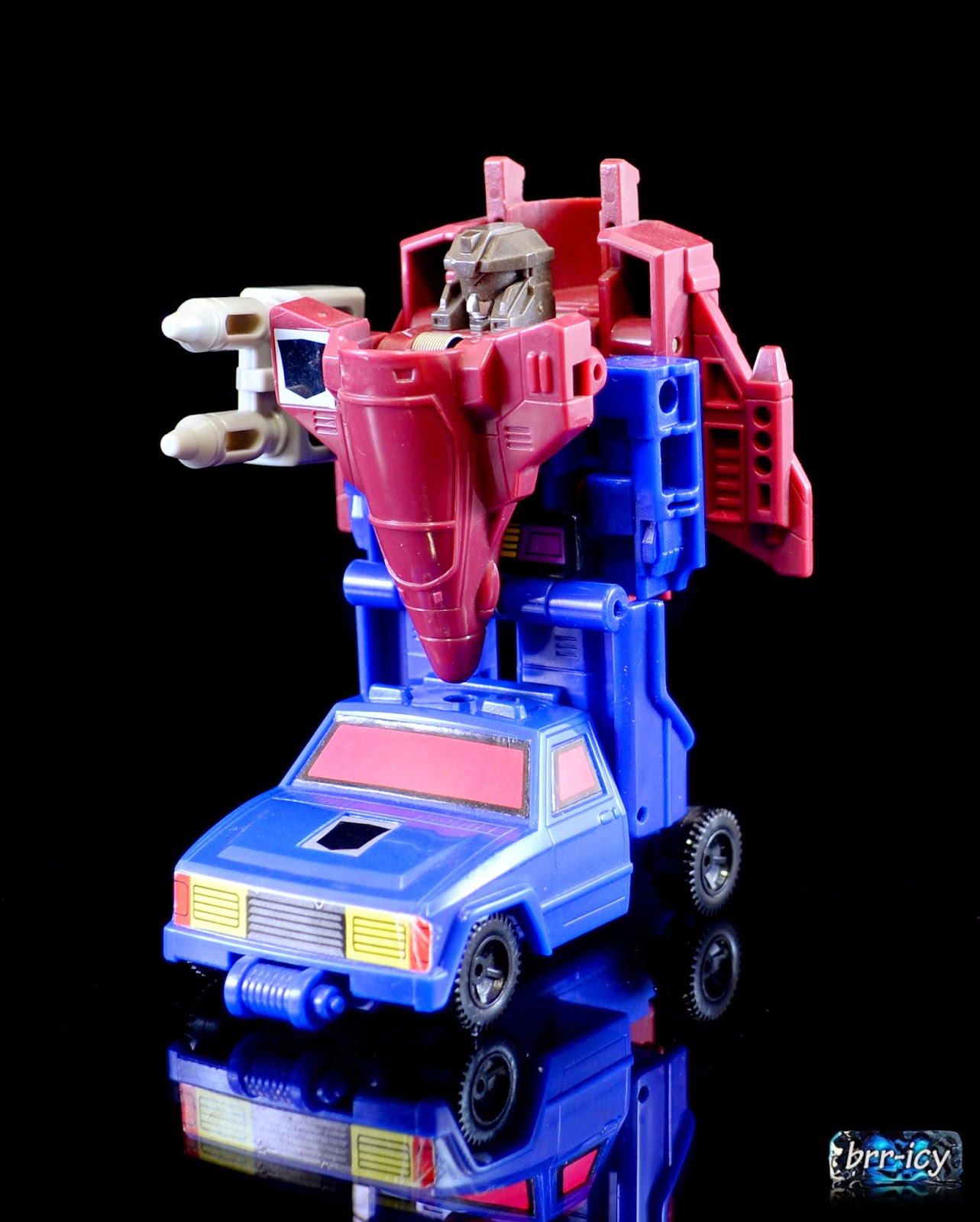 One great thing about this subgroup is that it won't kill the wallet, each one goes for $15-$25 loose complete. A worthy addition to the G1 gimmick filled later line, I personally love that they had gimmicks, but they didn't overuse them, a couple figures here, another set there. 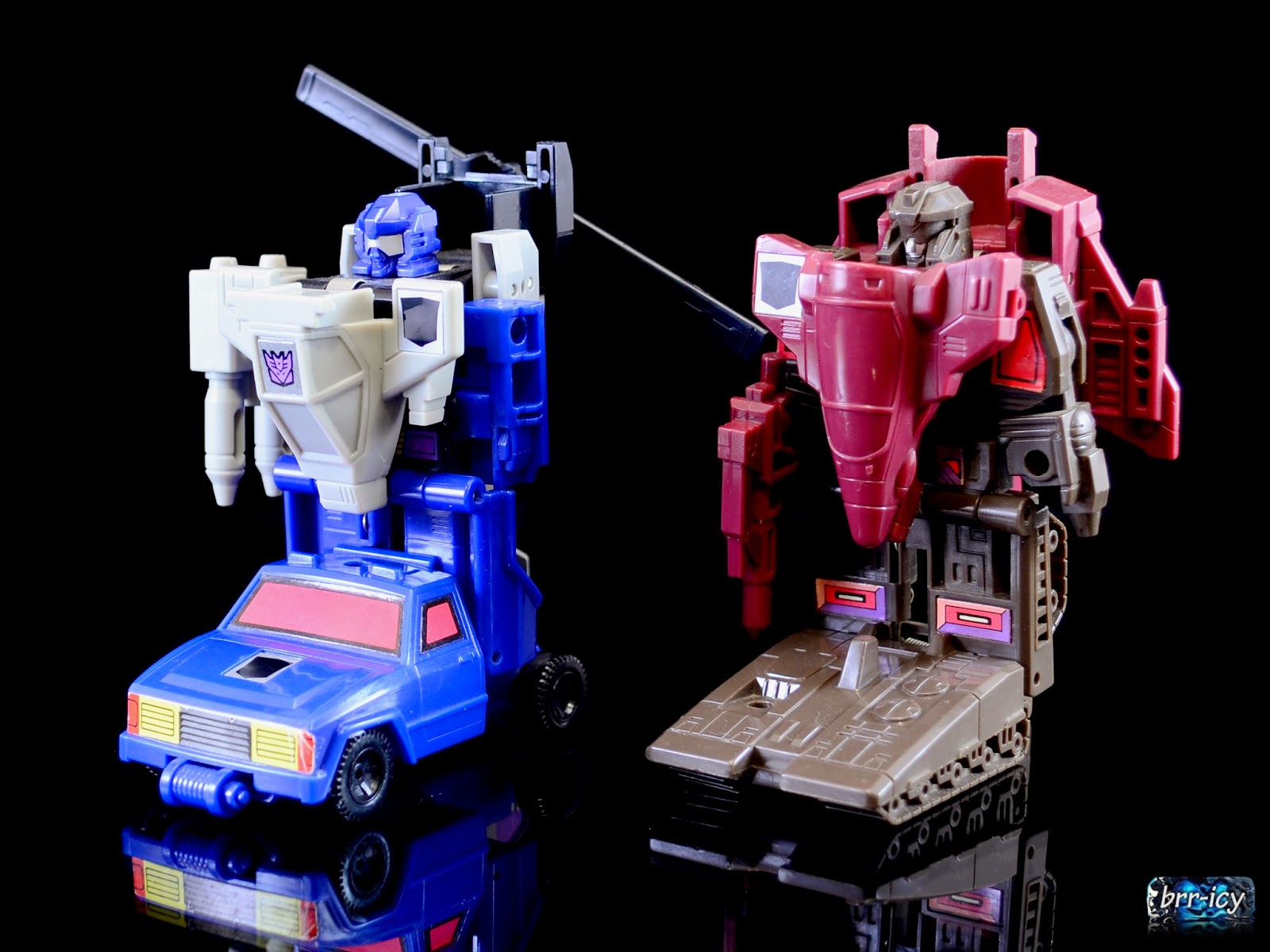 I decided to start a Facebook page for my photos, figured it was about time I did. Here's the link. Hope you enjoyed the mini review of these two.