Completely missed posting these guys. Not exactly sure how that happened, but we'll fix that. 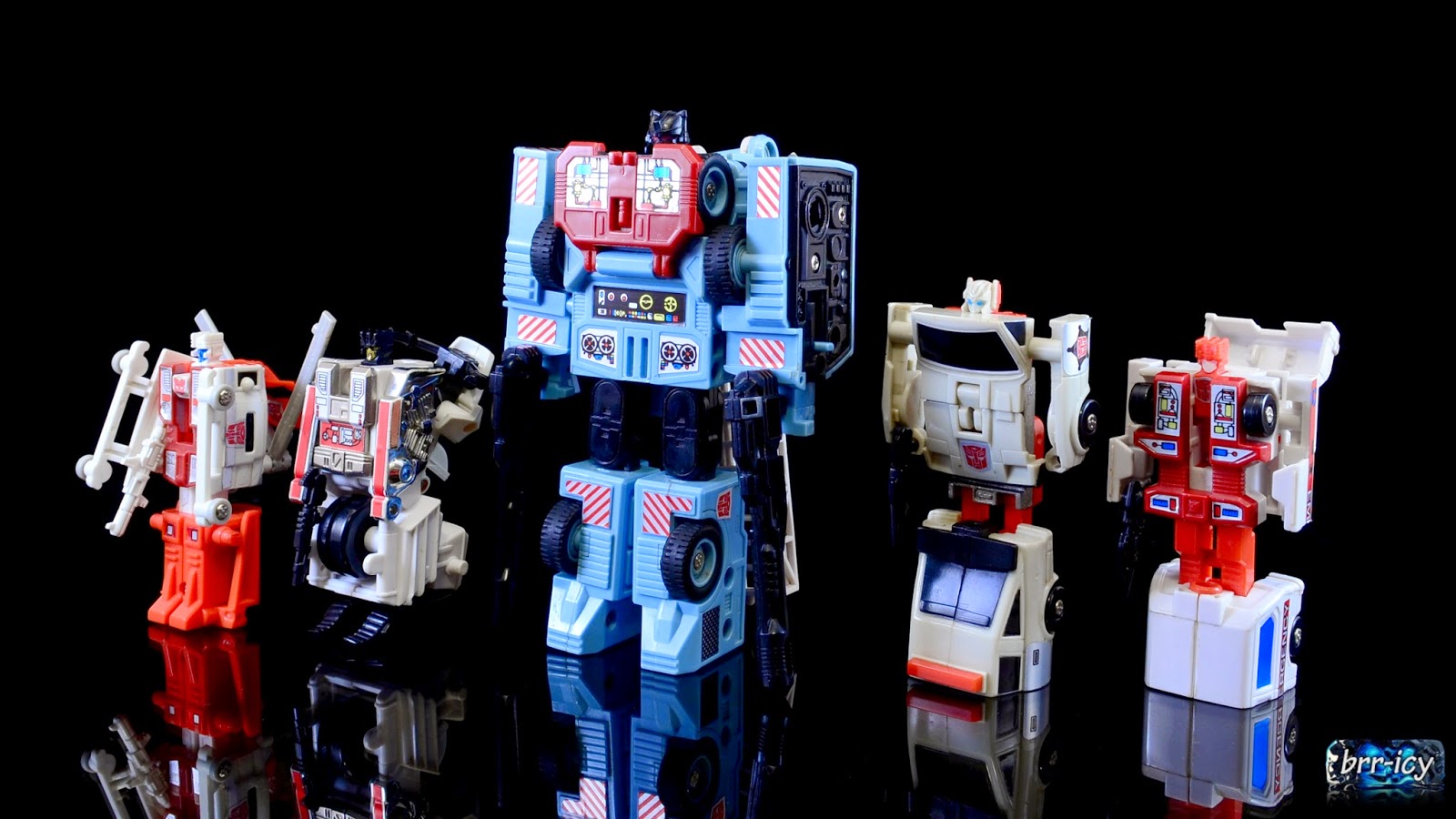 The Protectobots are probably my favorite G1 Autobot combiner, they have a nice unified theme and colours, decent looking alt modes, and lots of detail.

First up, we have First Aid. He has a really decent ambulance mode. Each of them has weapons to make an "attack mode" of sorts. His is a giant double cannon like the Stunticons. 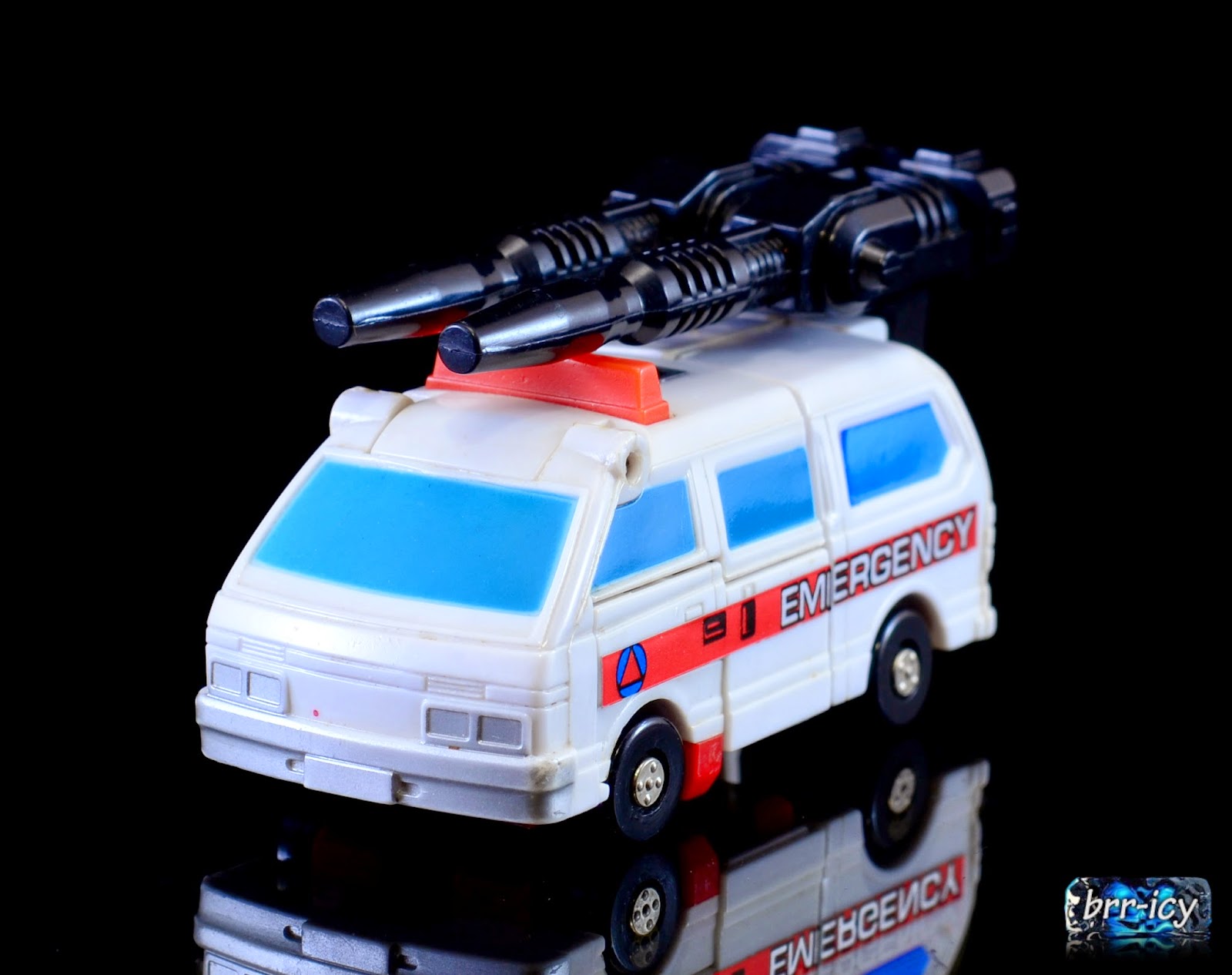 Like most of the Scramble City limbs, he's very simple to transform. In bot mode, he has a lot more red. 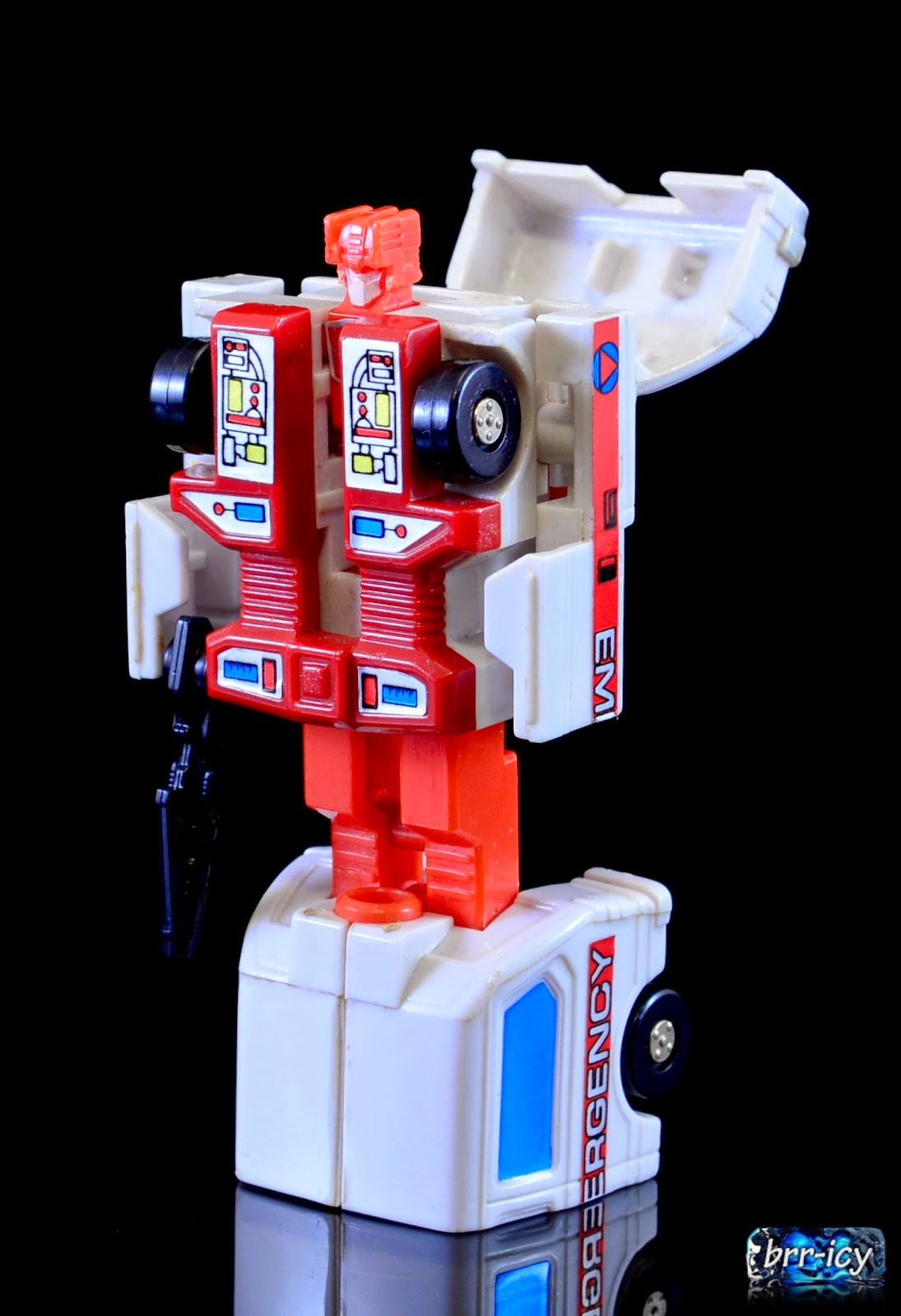 Secondly, we have Blades, the air ambulance. He has a spinning propeller in this mode. His attack mode weapons are two cannons on the sides. 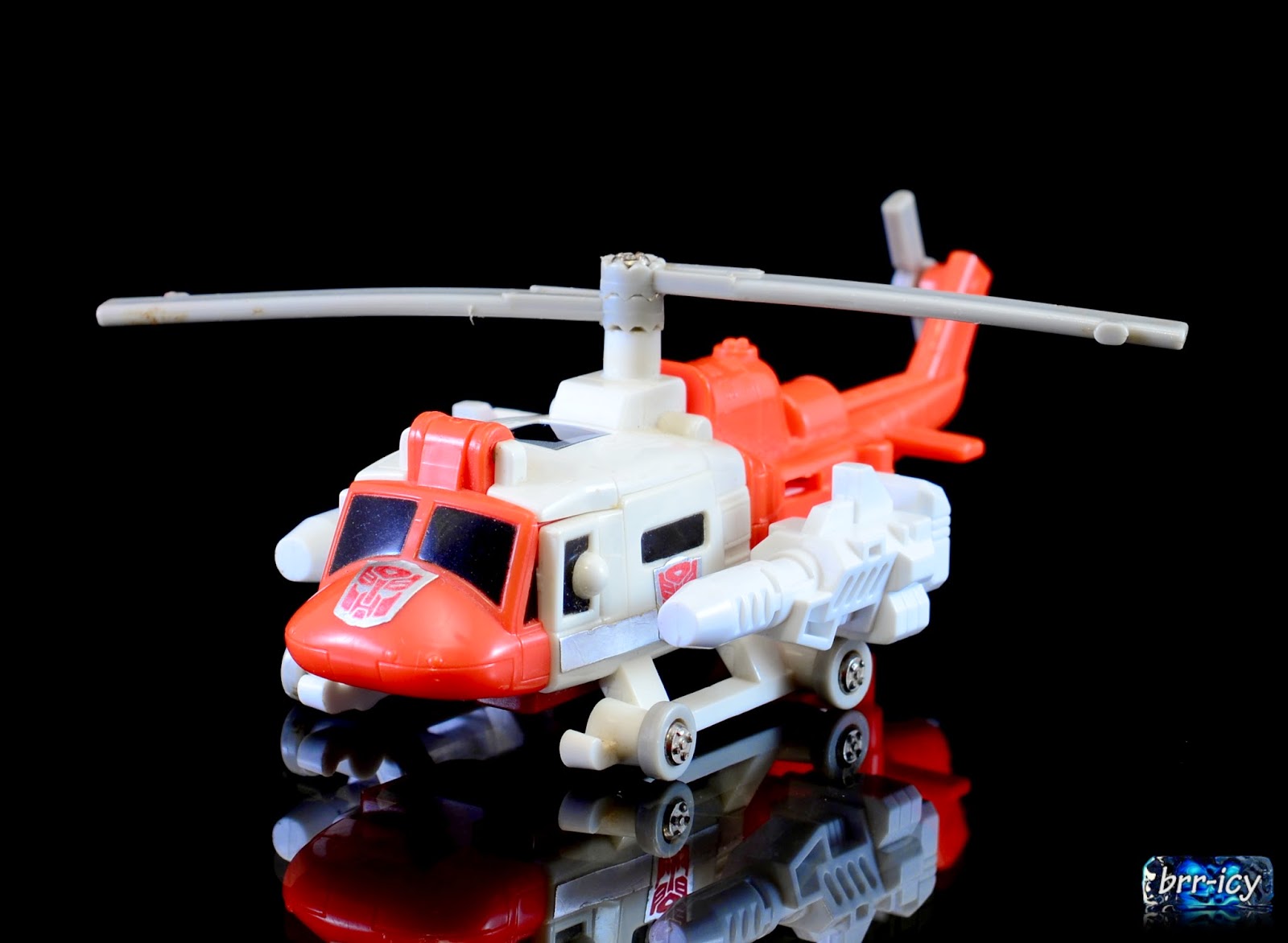 For bot mode, he has a little more complicated transformation, with the rear sides folding and the propeller folding. Each of them have a pistol as well, but due to their transformations, only one holds it properly, the rest peg in the palm of the hand. 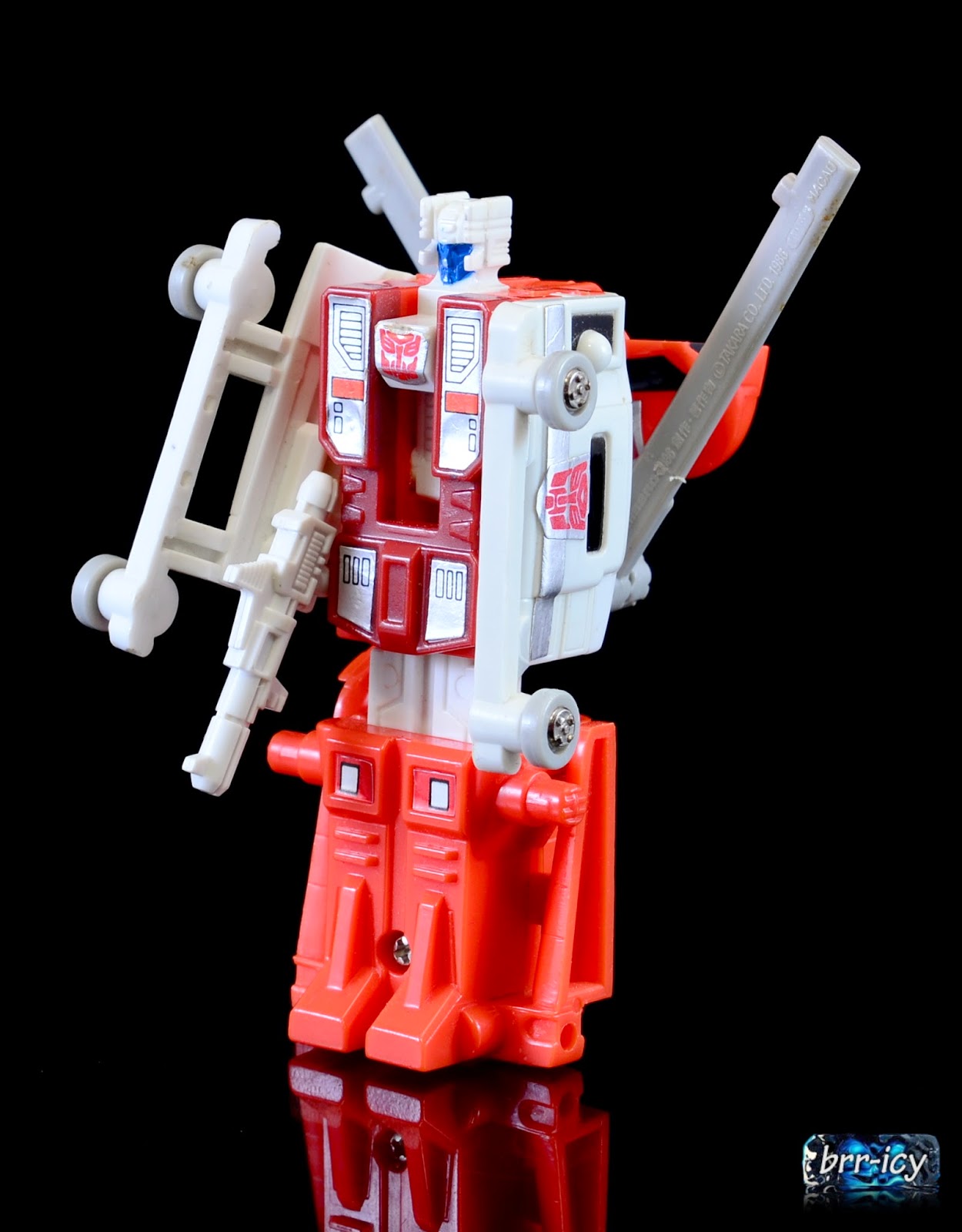 Streetwise is the police car of the set, Very sporty looking one at that. He gets a double cannon as well. 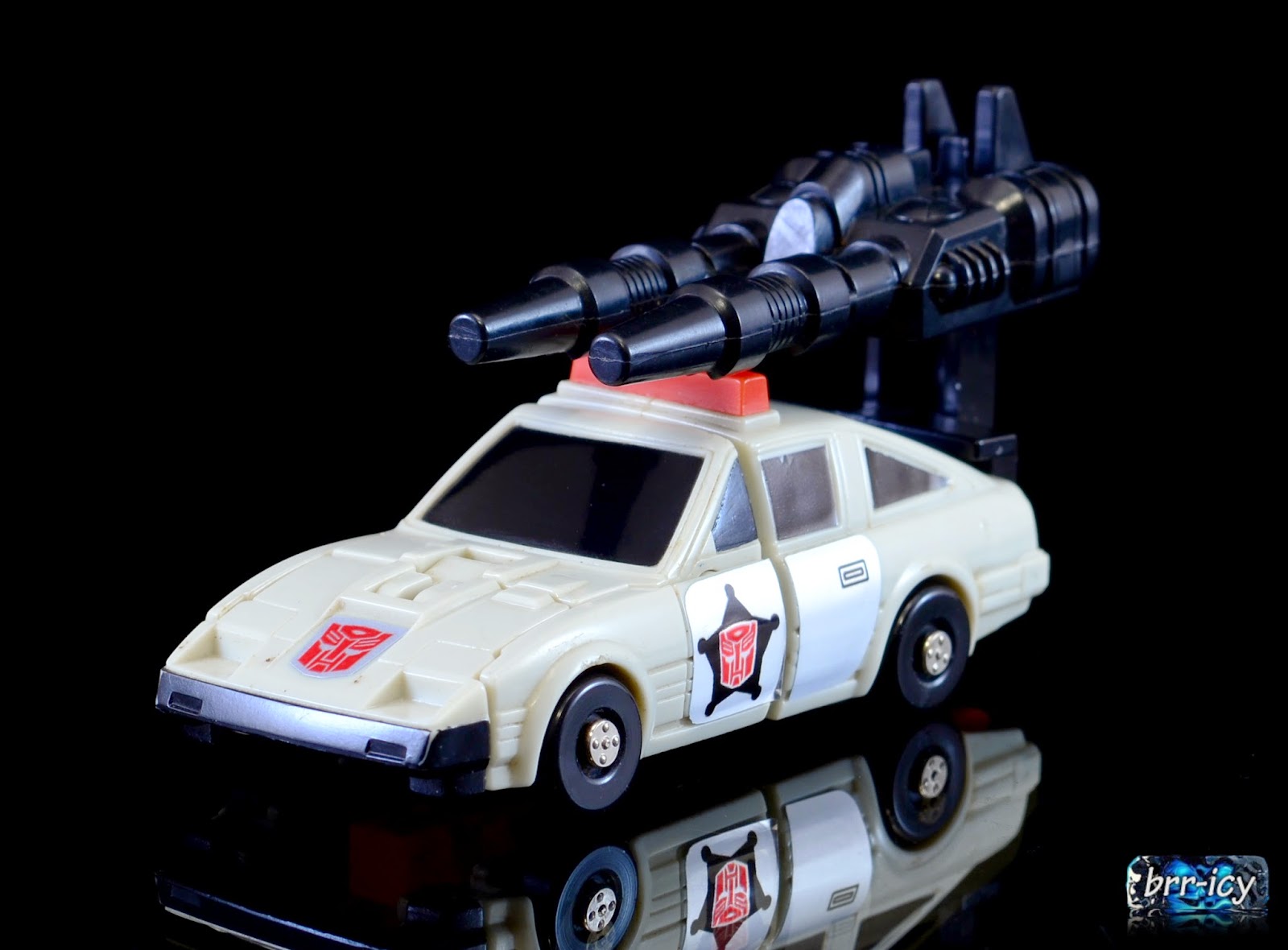 His bot mode is one of the most awkward ones in the G1 line, wish the windshield laid flat with the hood, would fix a lot of the problem, as is, it looks like he is sucking in his gut. 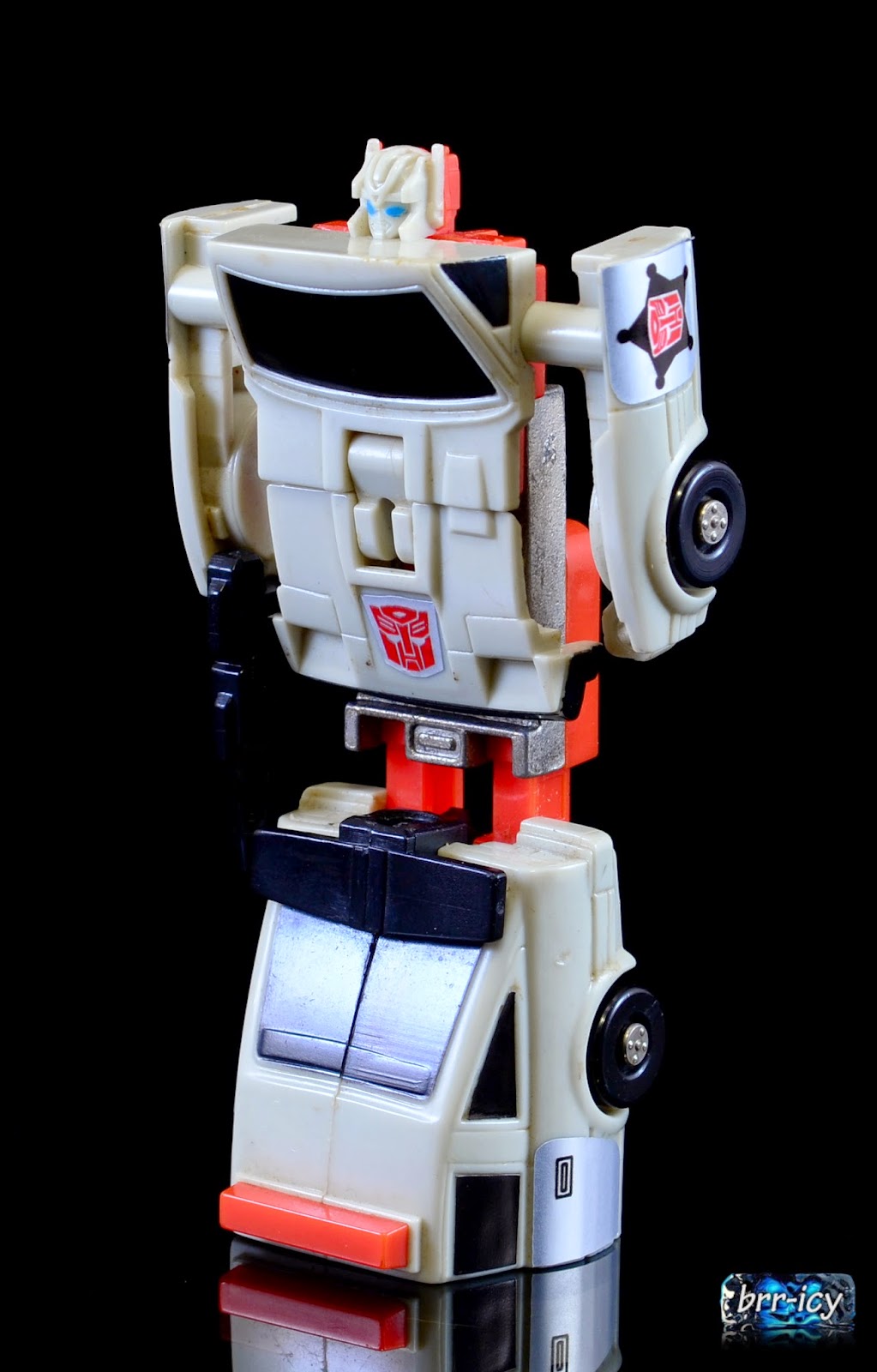 For limbs, the final one is Groove, he's one of the few motorcycles in the G1 line, getting a police deco. He gets two side cannons like Blades. The chrome sides look very nice on him. There is a variant of him with a gold chest that I might hunt down later. 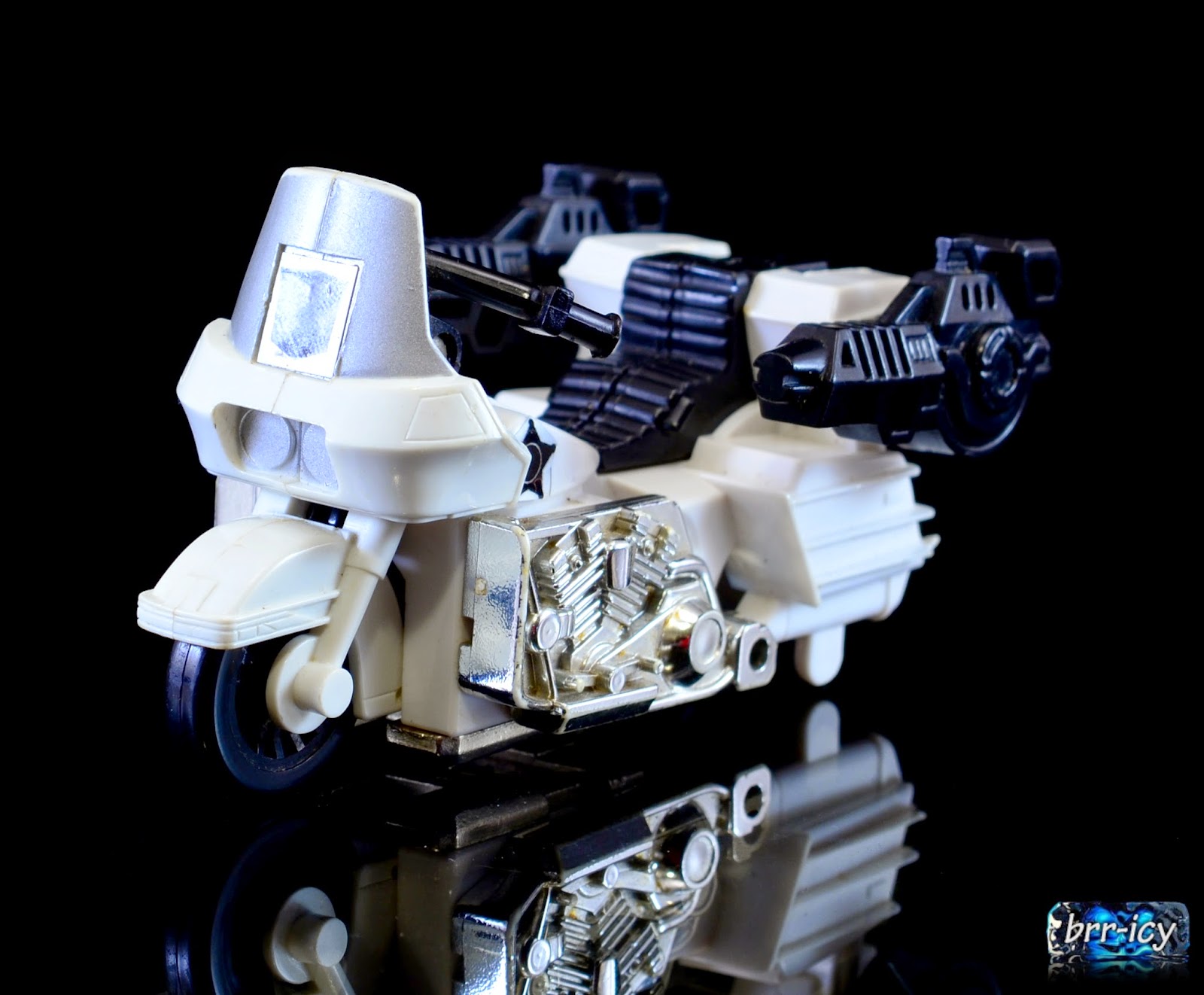 The torso bot is Hot Spot, he is a firetruck. 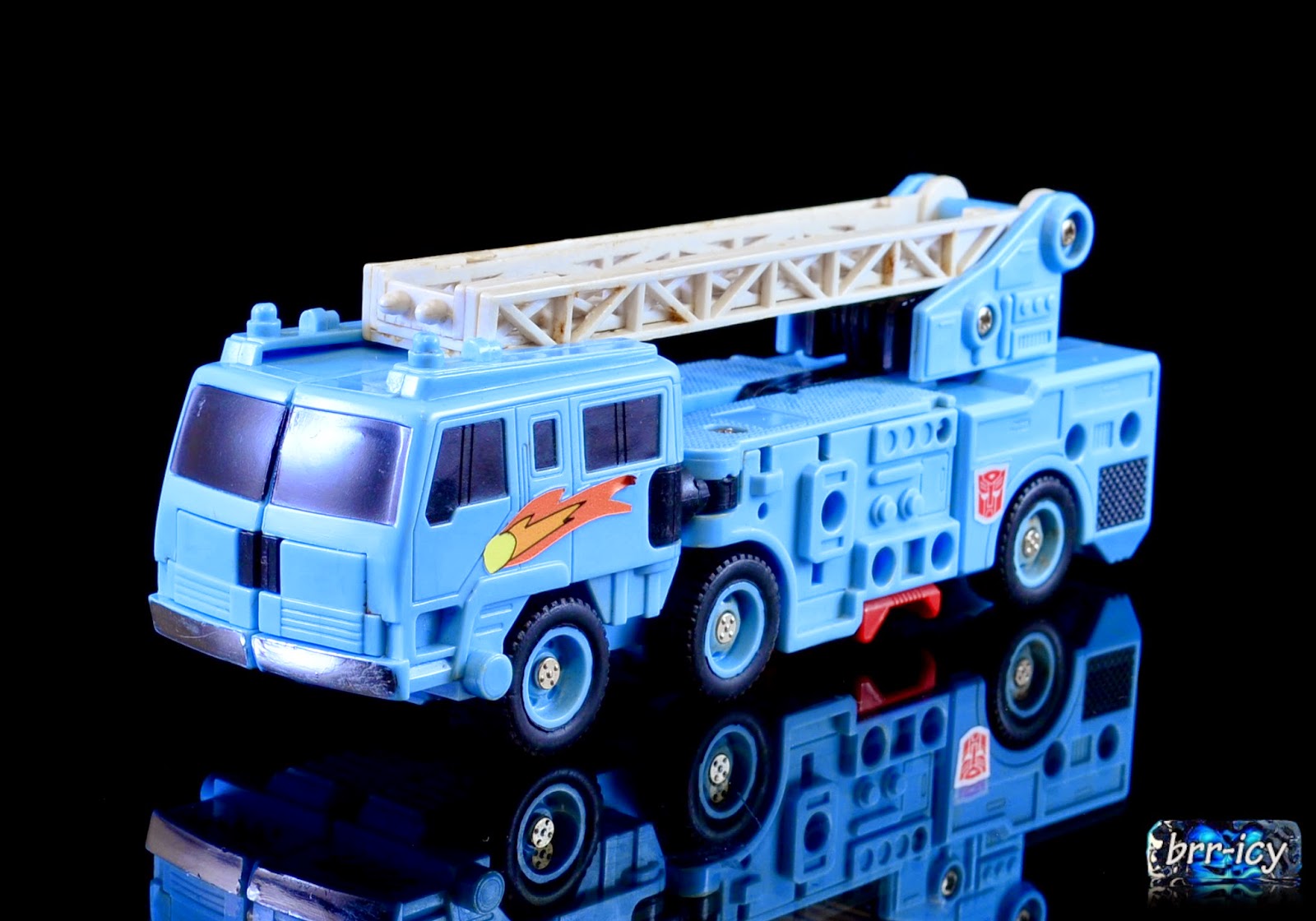 Not shown in the instructions, but I made this one up because I thought it was needed to match the rest of them is his attack mode. 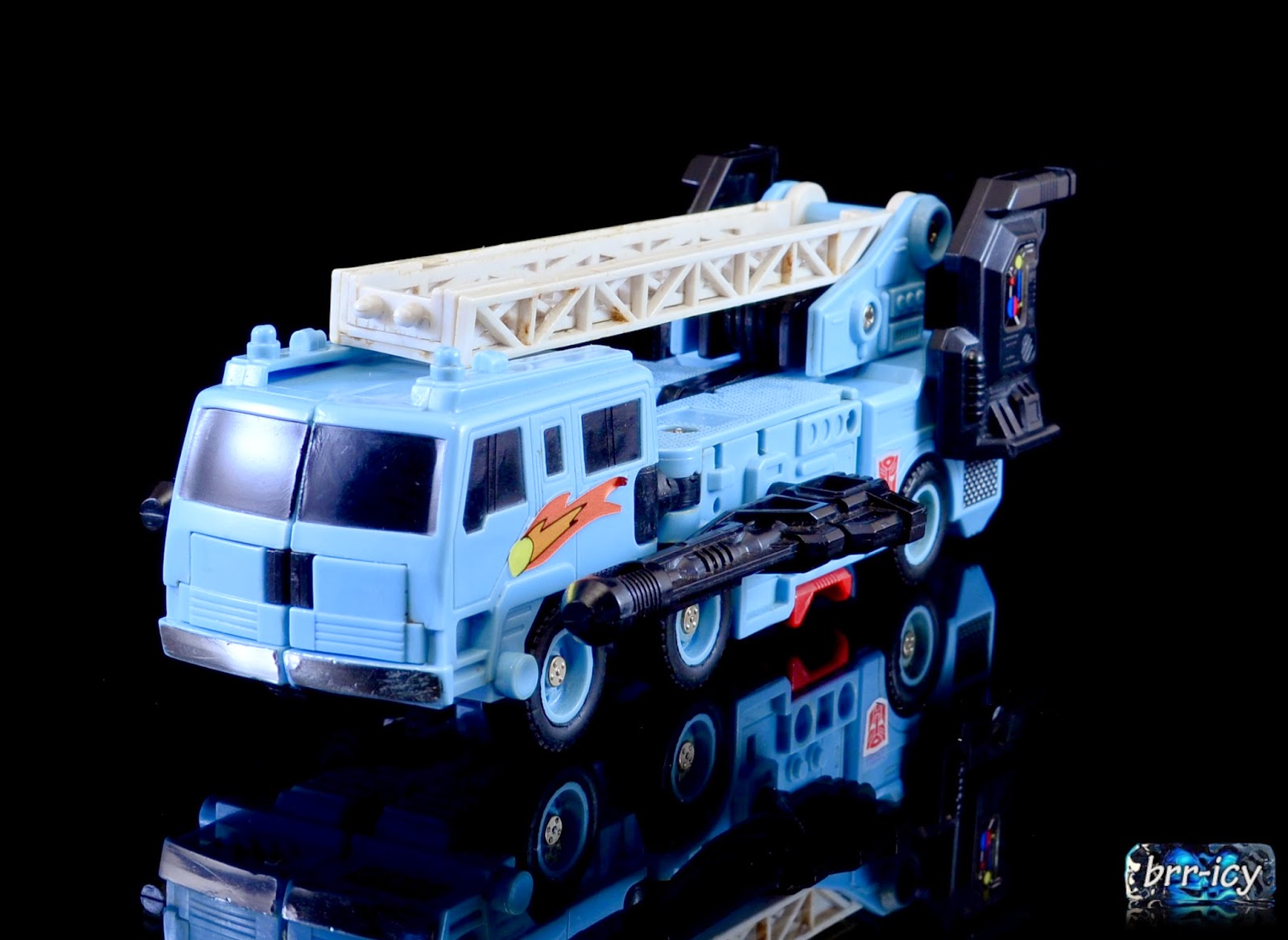 He also has a "car carrier" mode. Which is strange, but here it is. 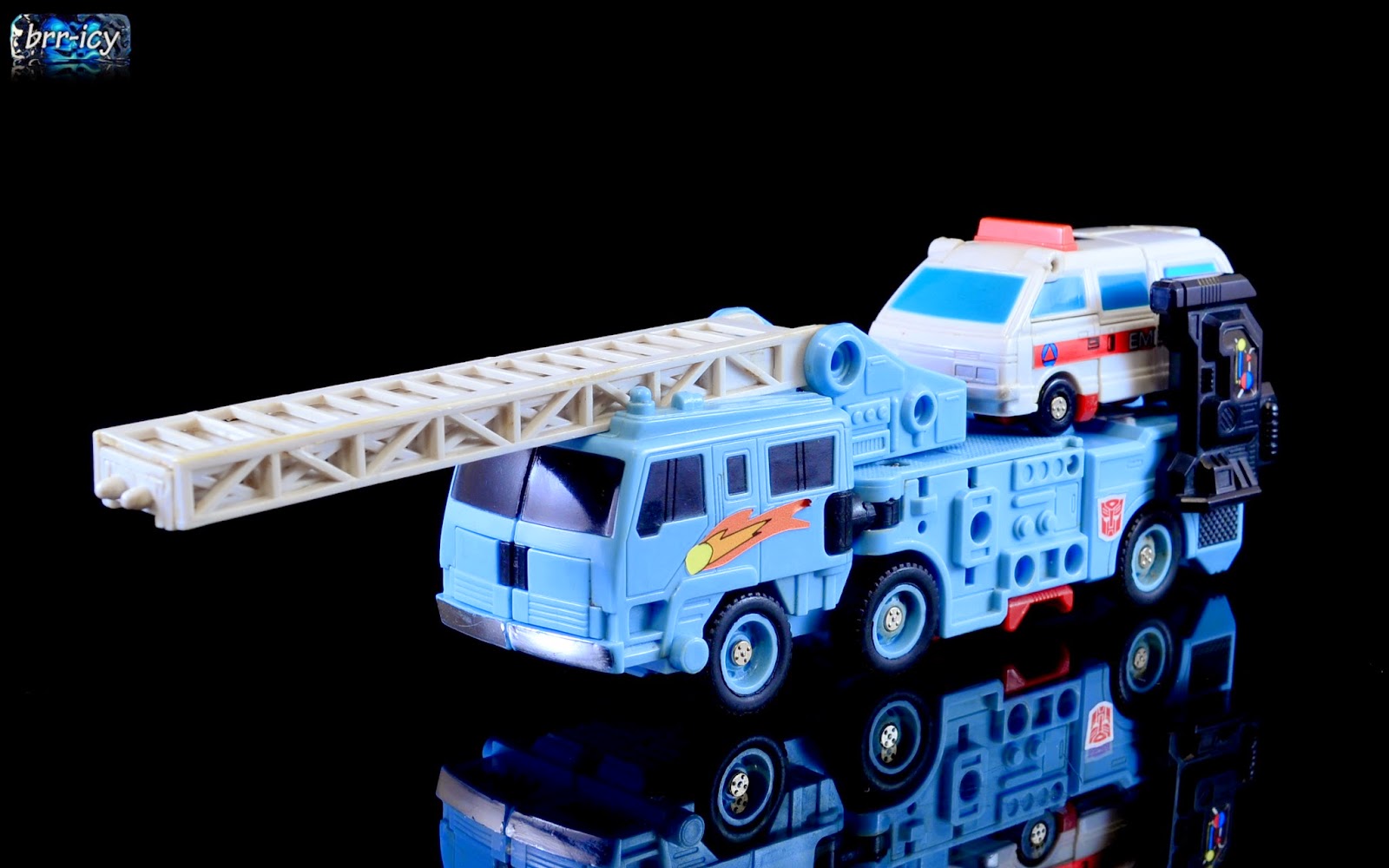 Like the other Scramble City combiner torsos, he has a base mode, this time it is a repair bay. It's one of the more convincing ones. 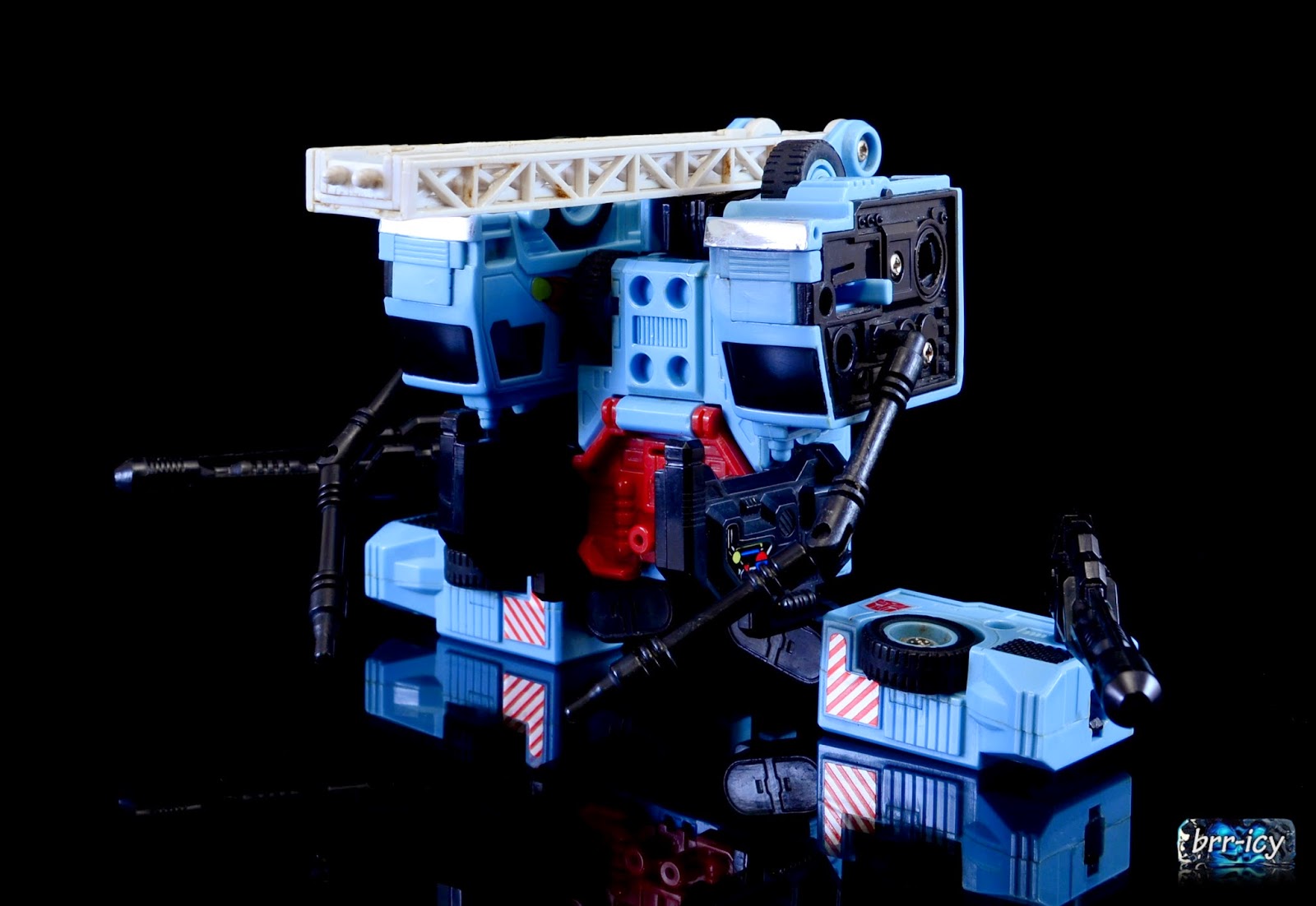 I really like the bot mode colours. Between the hazard stripes and the blue, black, and red. 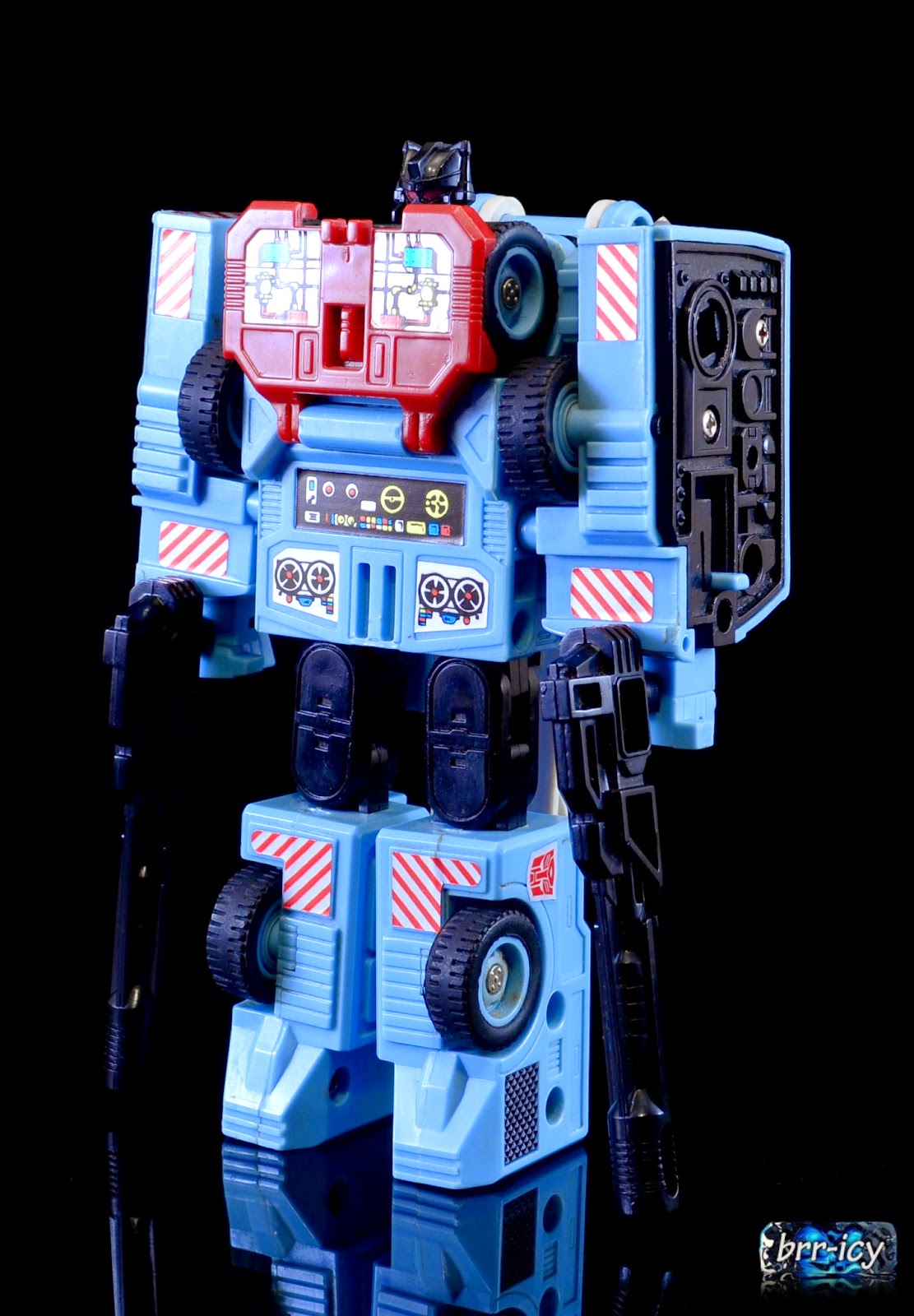 Their vehicle modes in attack mode.

Without the weapons attached. Much more fitting for a bunch of rescue vehicles.

The combined mode is very solid, one of the best in terms of proportions and stability. He looks suitably bulky, with a nice cohesive colour scheme. 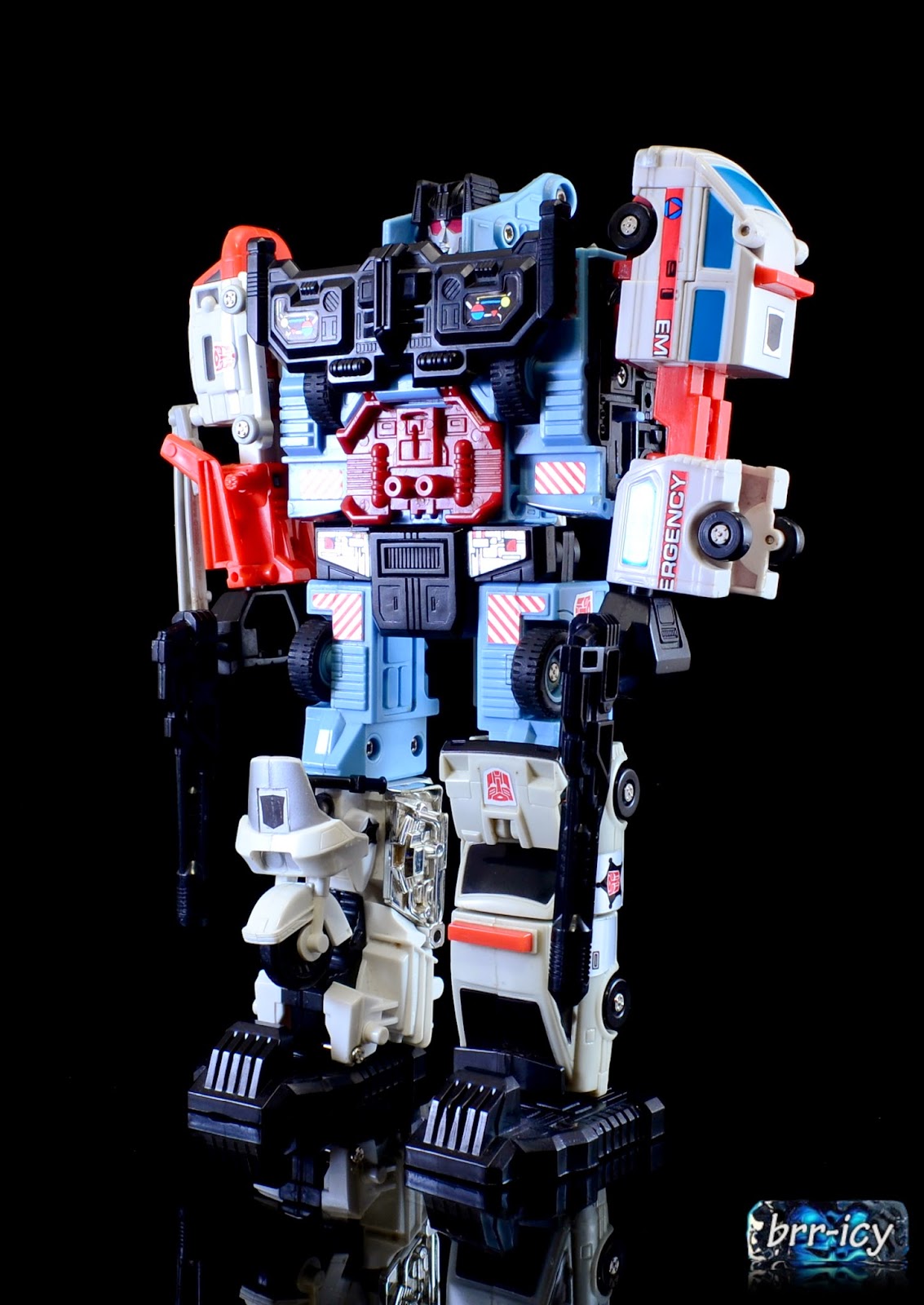 I have cardbacks for them, but forgot to take pictures of them, Mine is the gold European Classics release. I got it from Scotland with a bunch of my others. 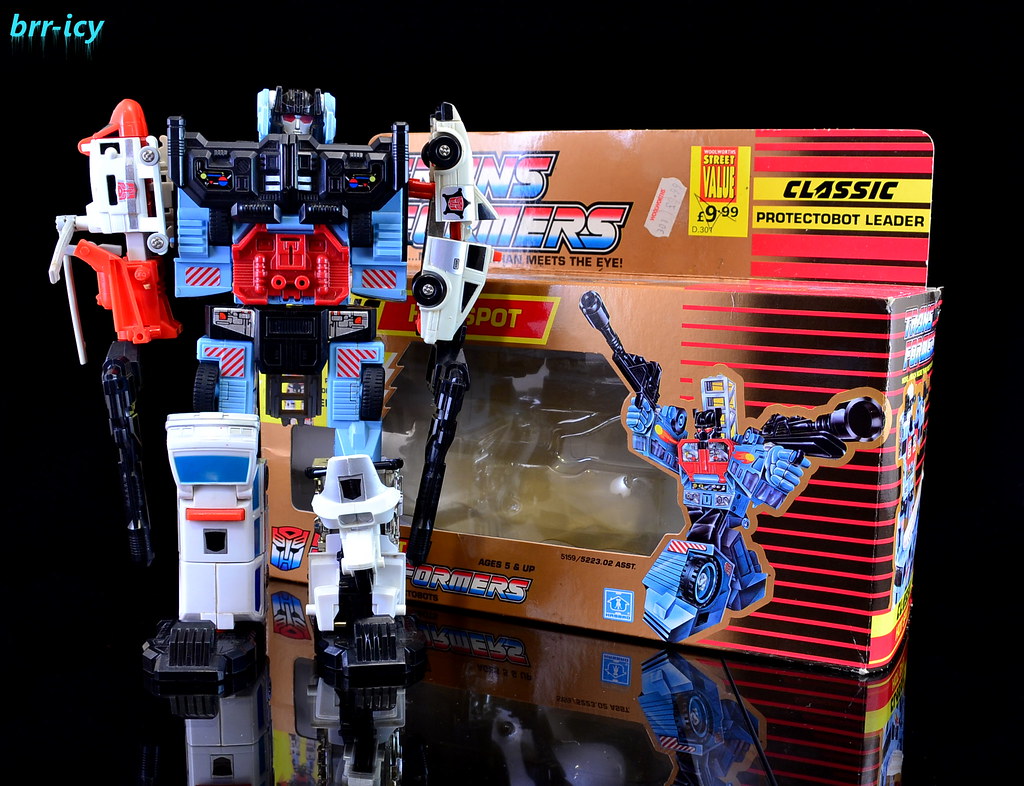