One of my favorite MIB pieces, Superion giftset. 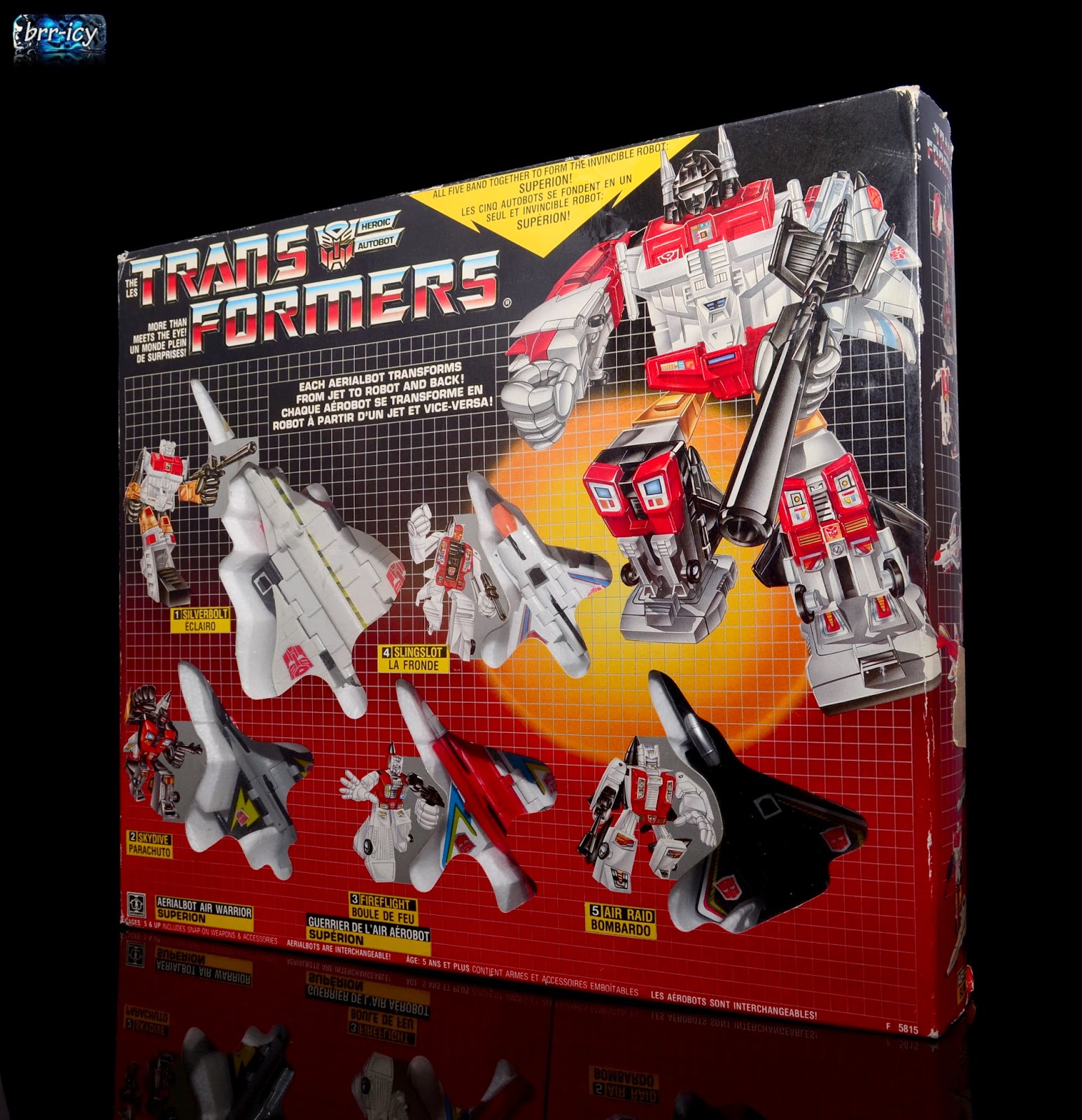 The error on it is Slingshot being spelled Slingslot on the front. I picked this up in a local lot, and ended up selling it to a friend, with the promise that if he ever sold it i would buy it back. Needless to say, when he was selling his collection off, I grabbed it, and a lot of other stuff back.

Back of the box has the 85 art, The transformation sequence, and all six tech specs. 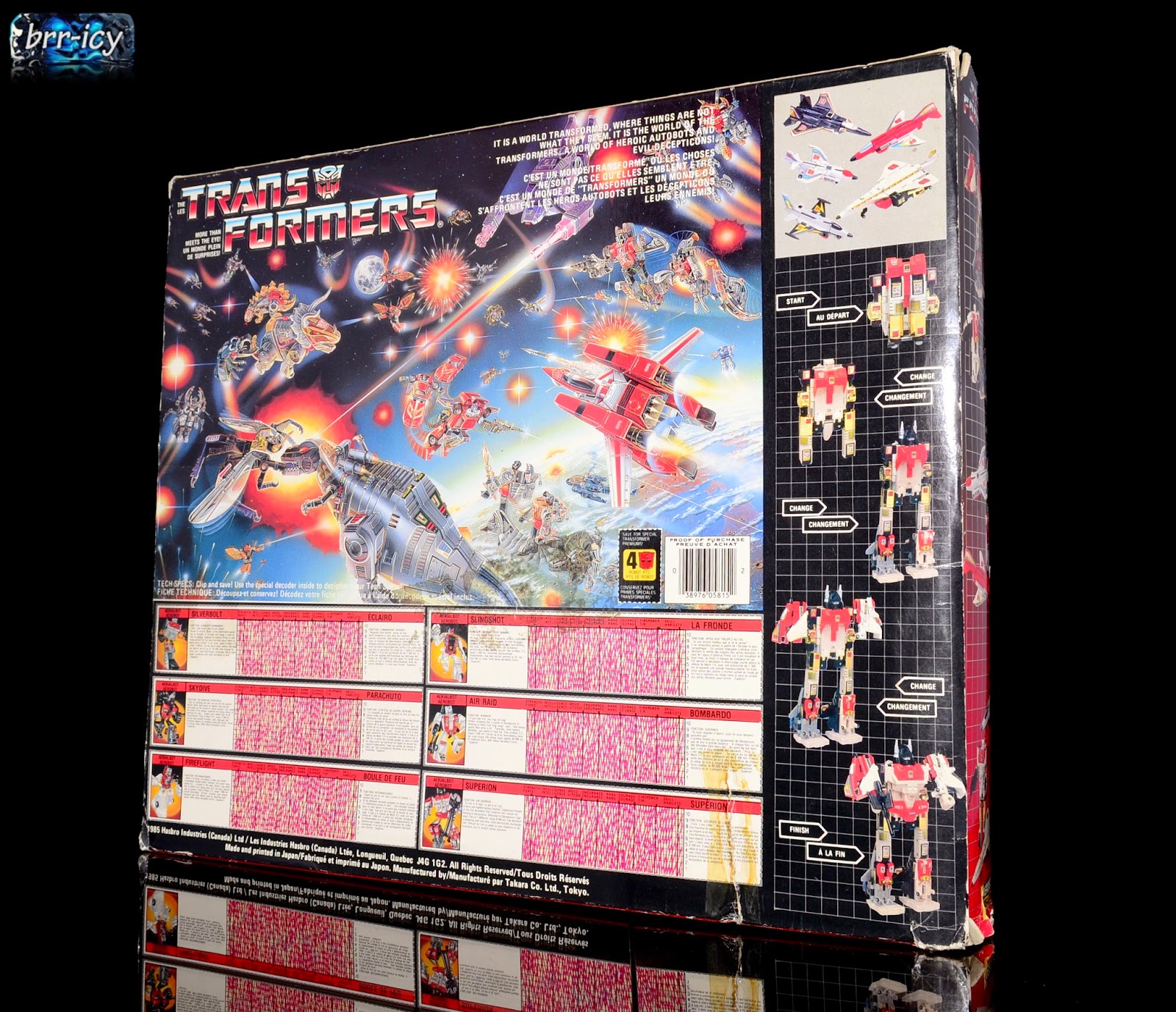 Inside the box, everything except the individual guns has it's own space. 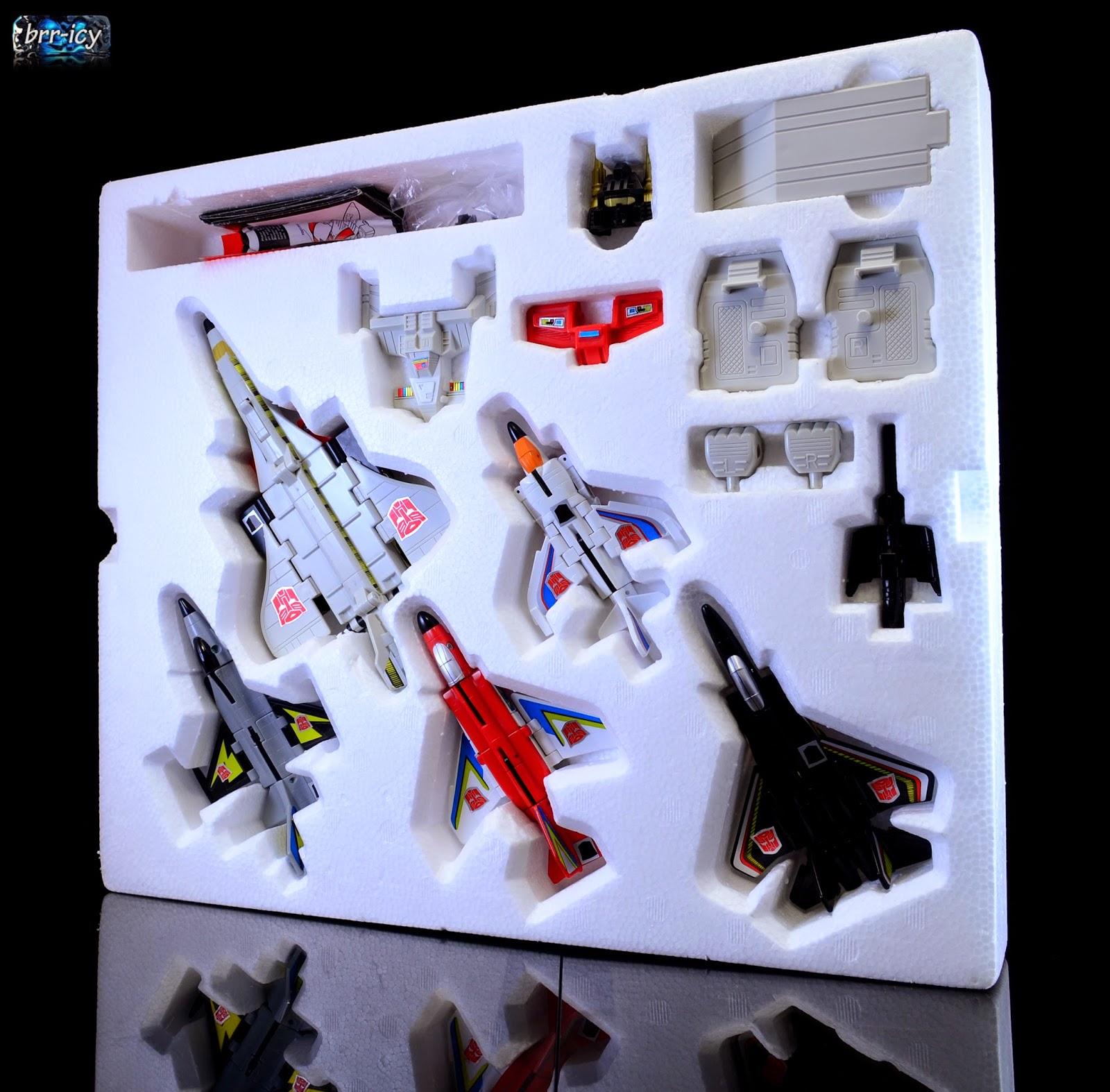 Individually, the limb bots are pretty similar. Slingshot is a pretty nice looking Harrier. Excuse the individual pics, they're a little old haha. 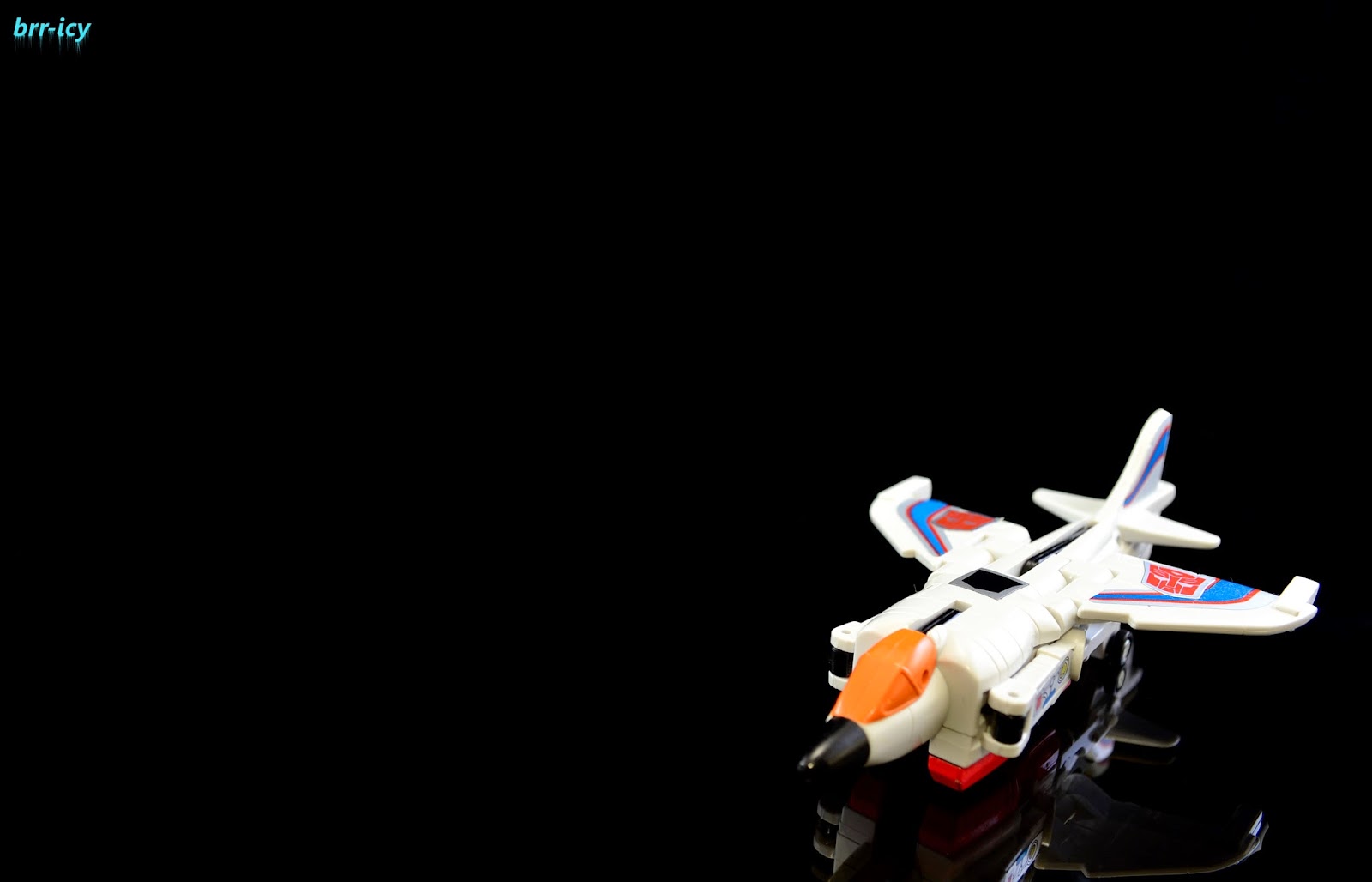 The transformations are all very close to the same, disconnect the nosecone and tail from the jet and connect them on the back, extend legs, fold wings back and pull out arms. 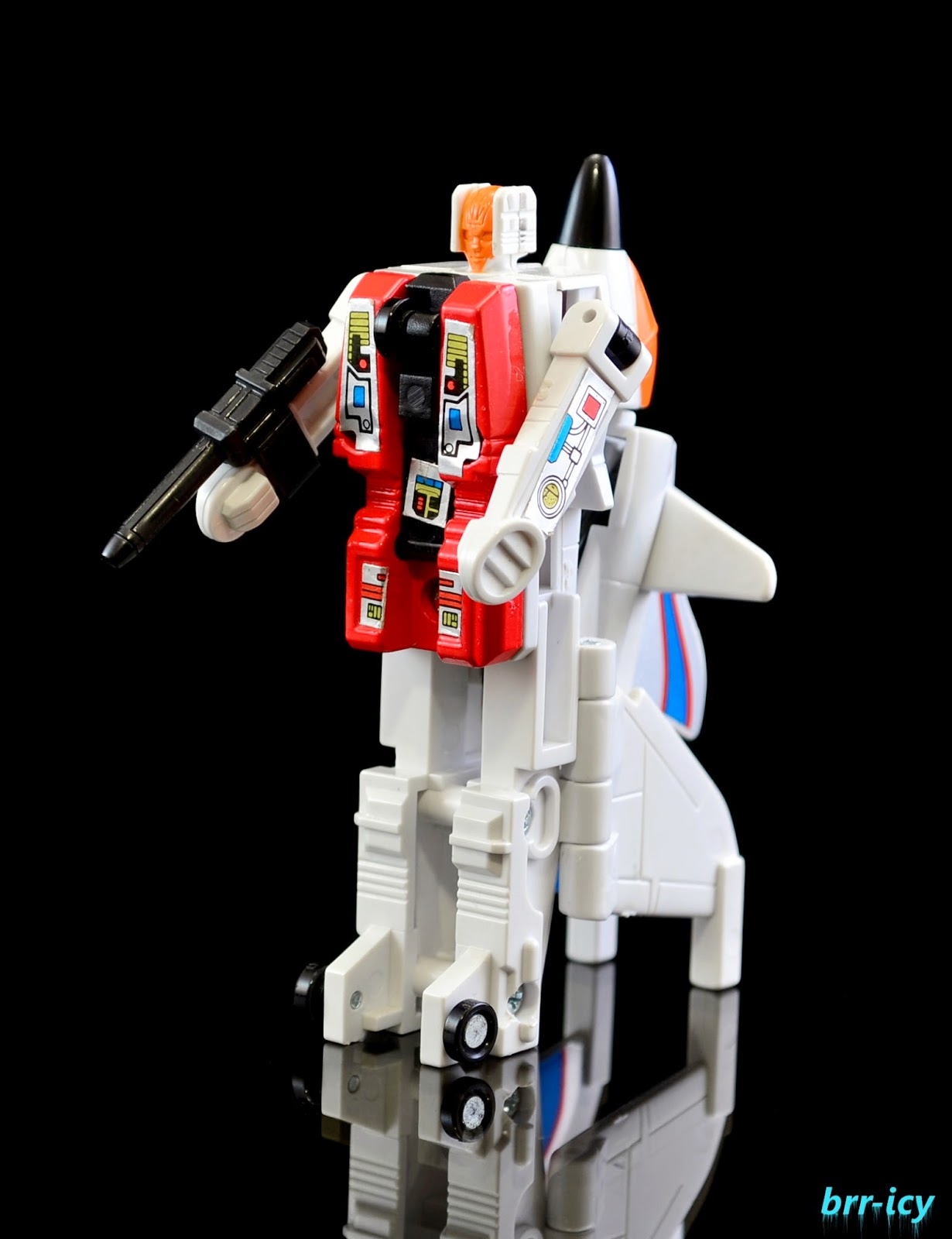 Next up, Fireflight is a Phantom II, 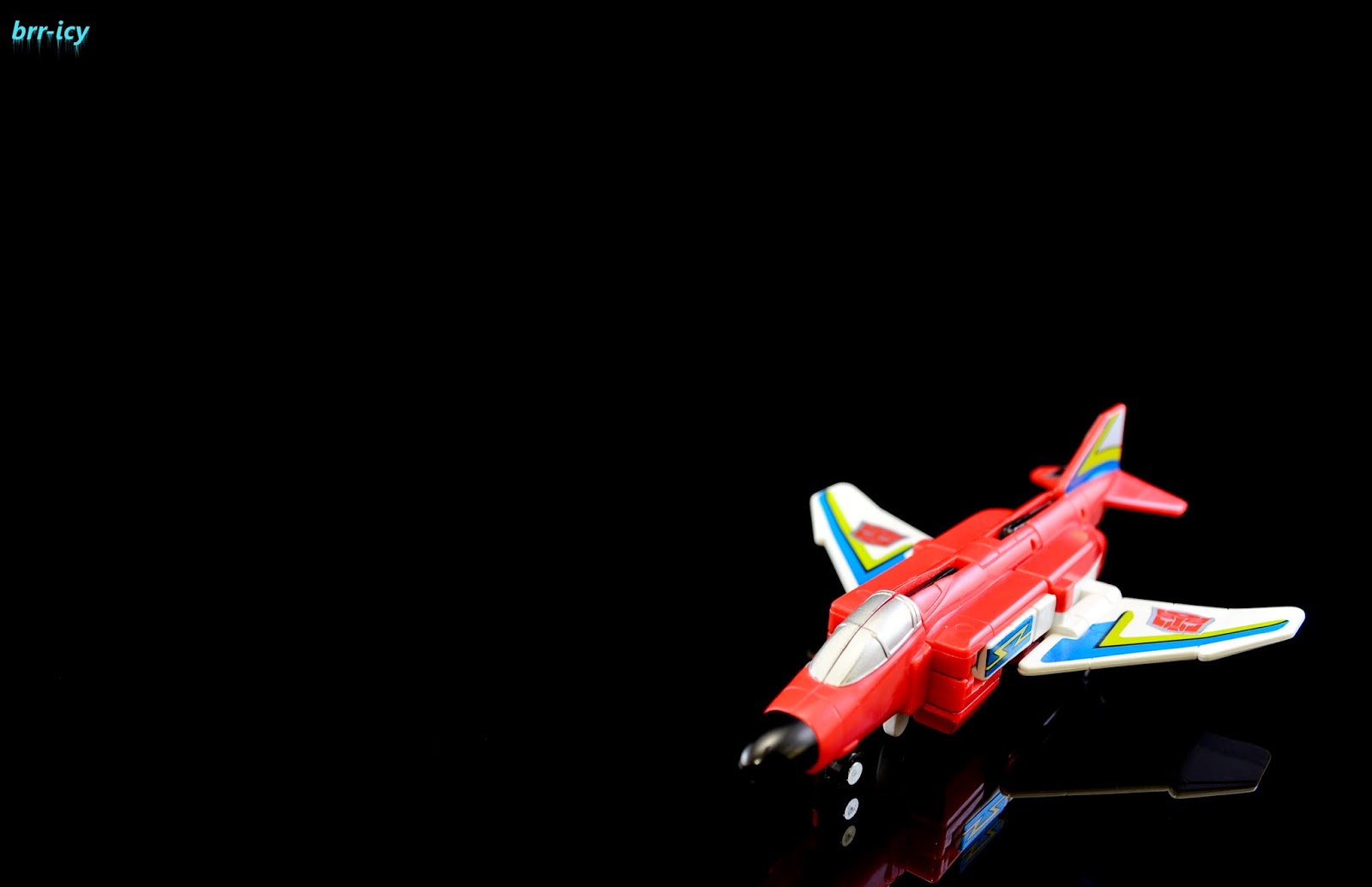 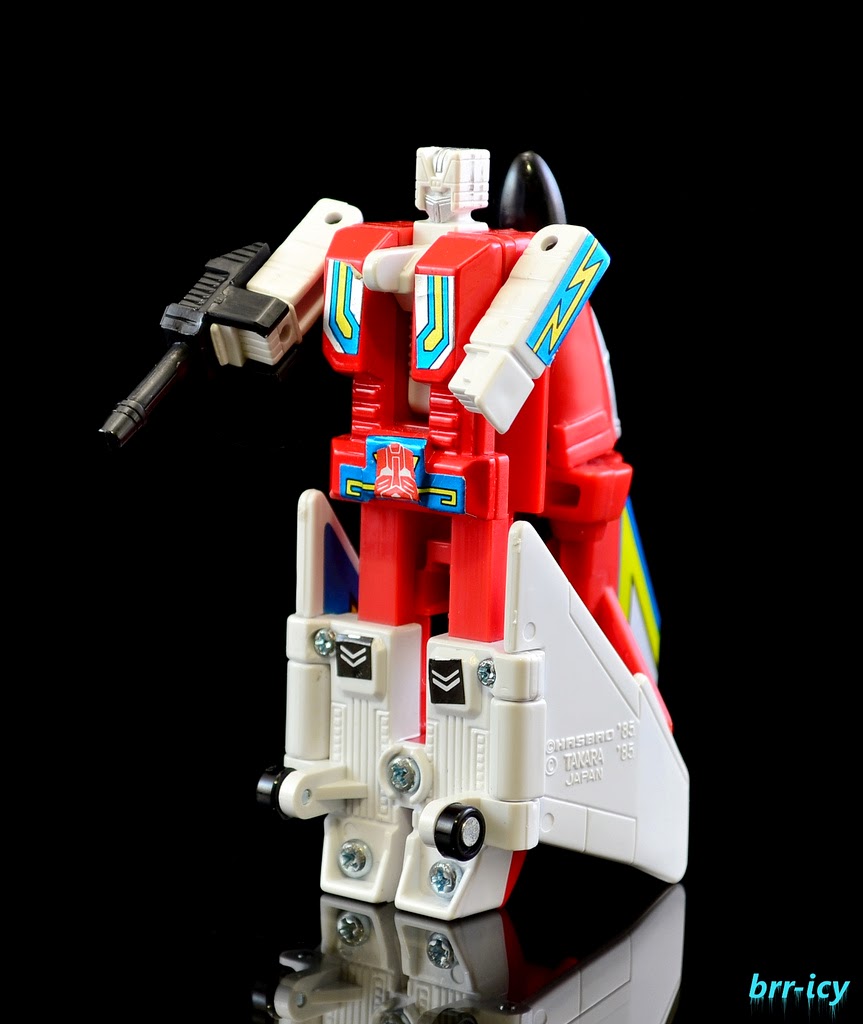 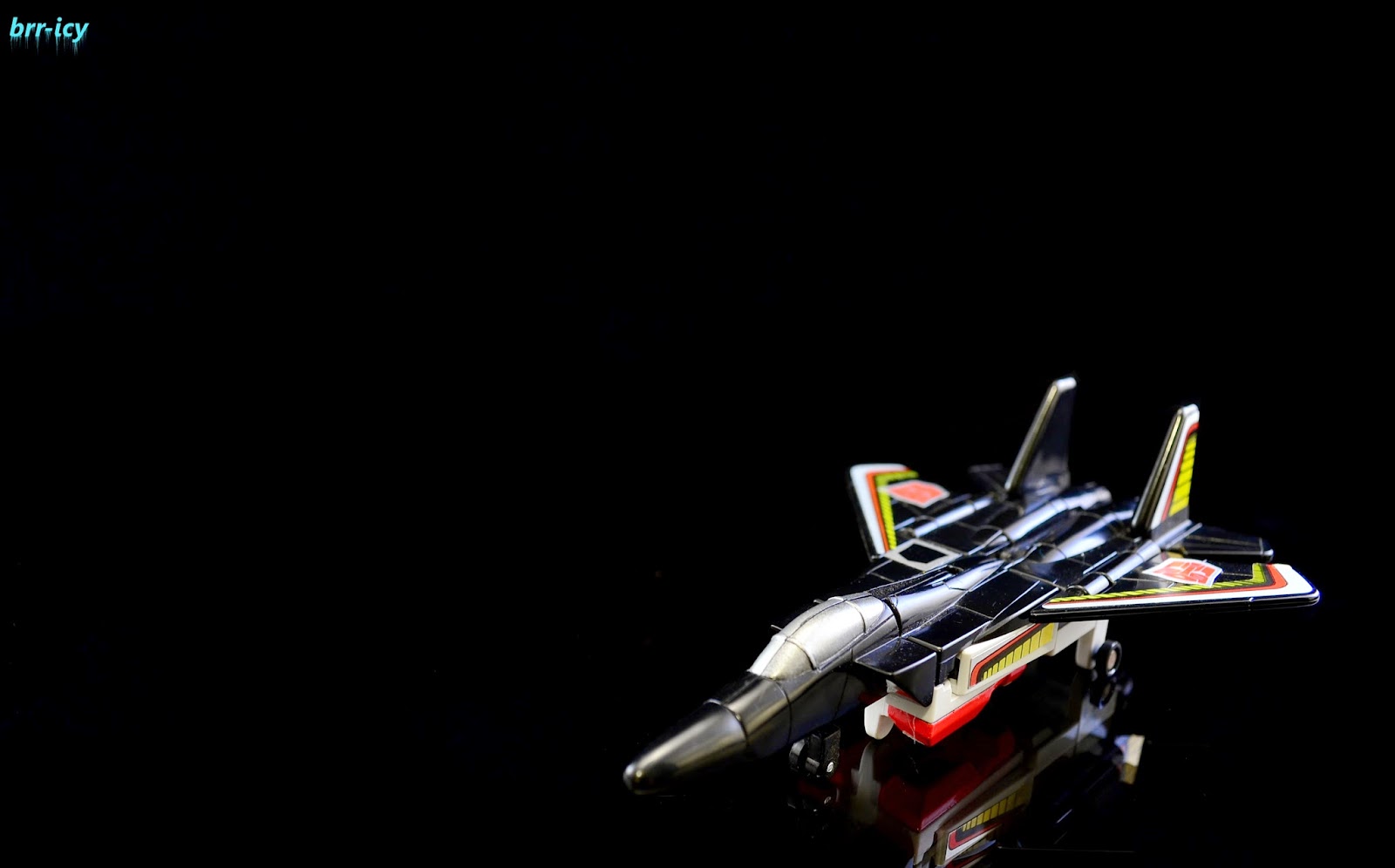 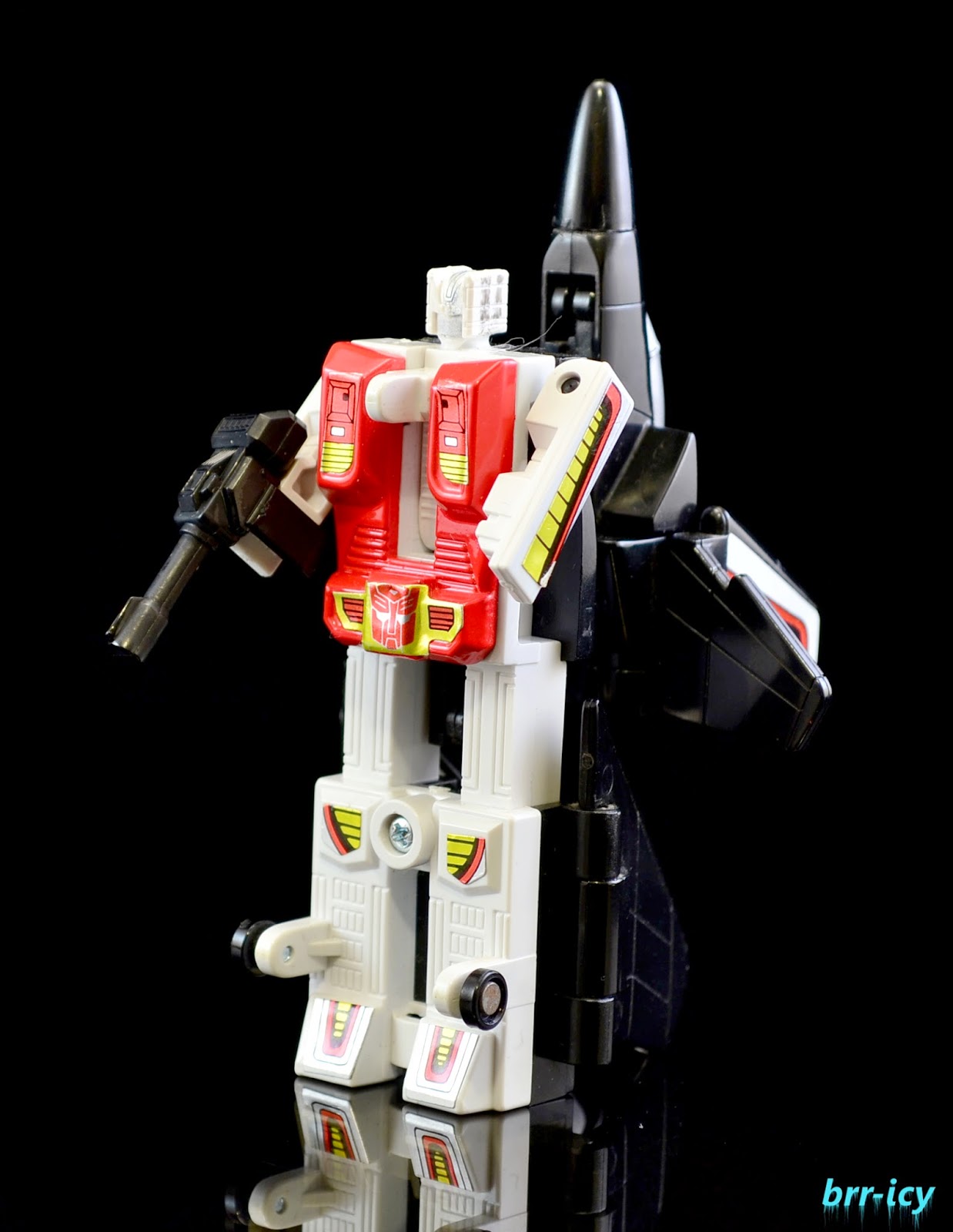 Skydive turns into a Falcon. 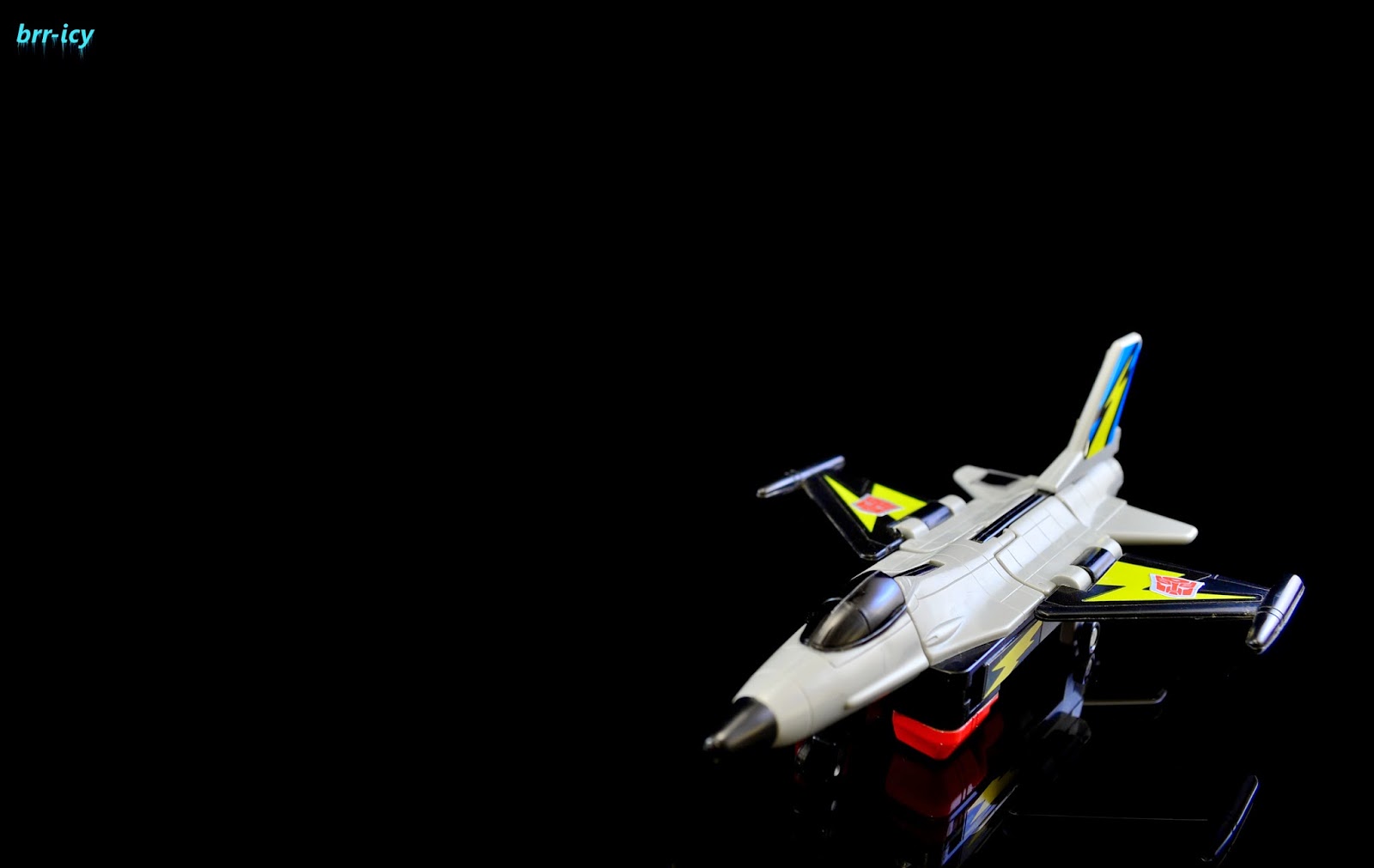 I think I like his colourscheme the best out of them all. One day I might take the time to adjustthe labels into their proper places, but I am happy enough with them as is. 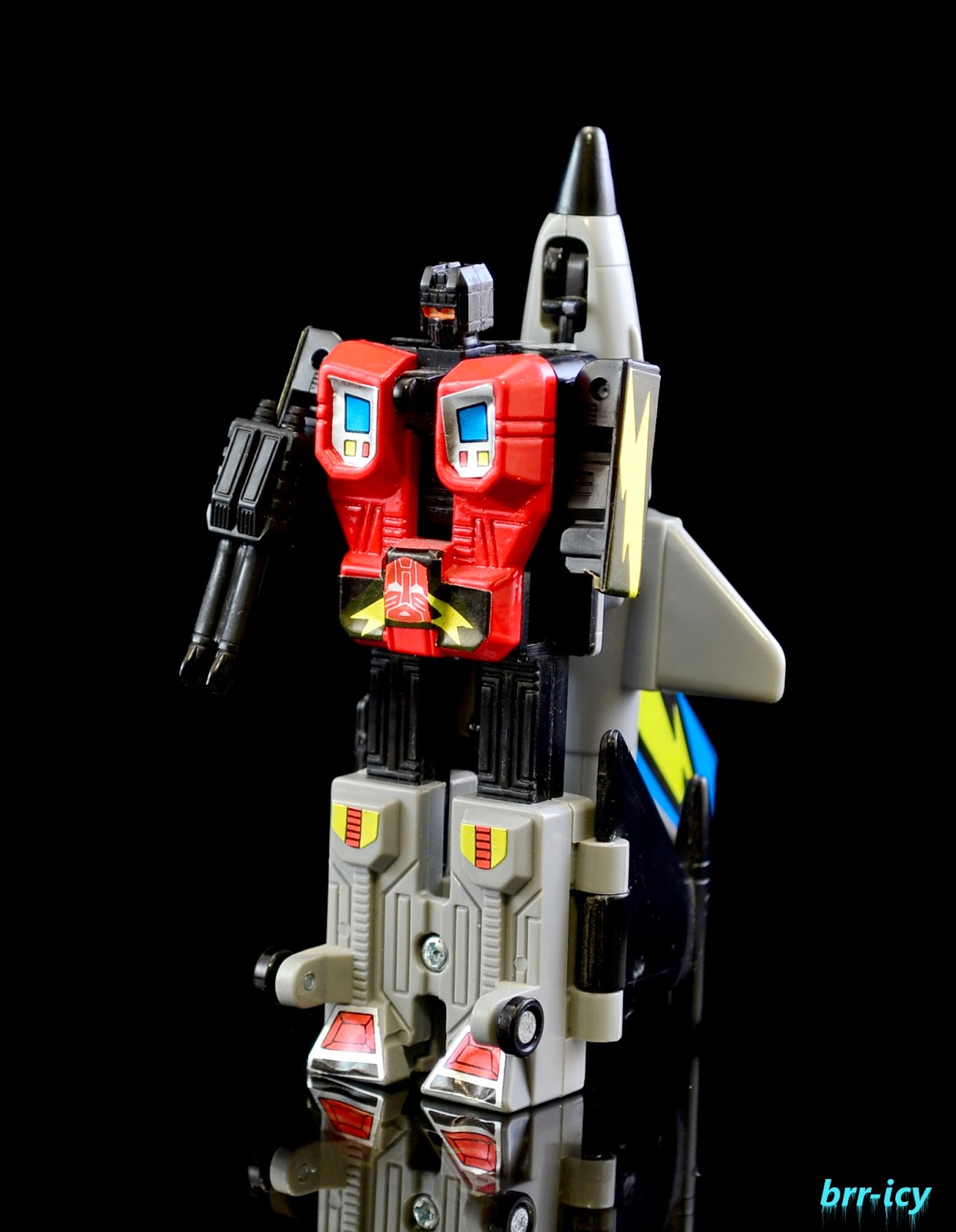 The torso is formed by Silverbolt, who turns into a Concord. 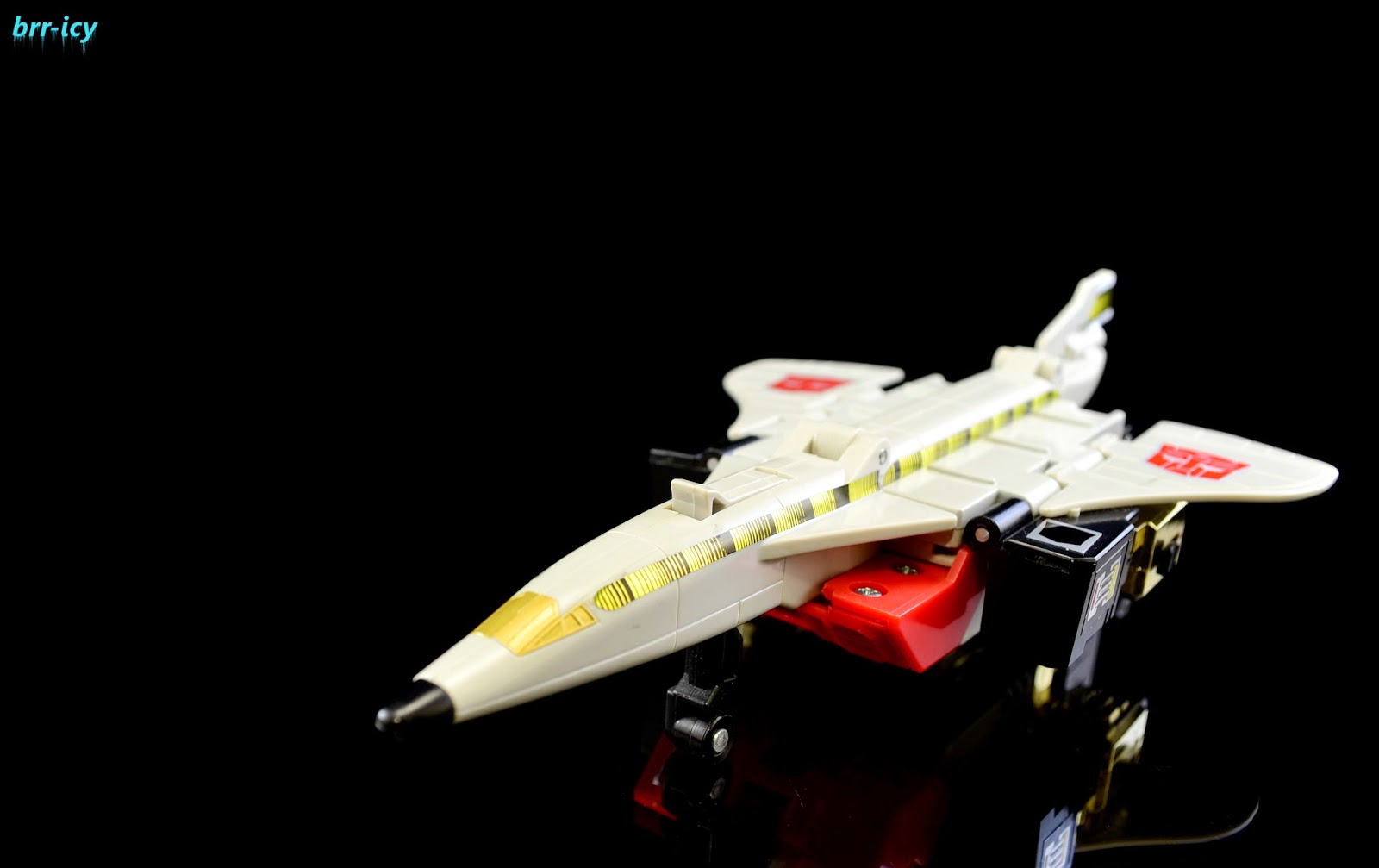 Like most of the other Scramble City torso bots, he makes an addition to Metroplex, His is a ramp. The Japanese version has a launcher in the red middle piece that can launch an Aerialbot. 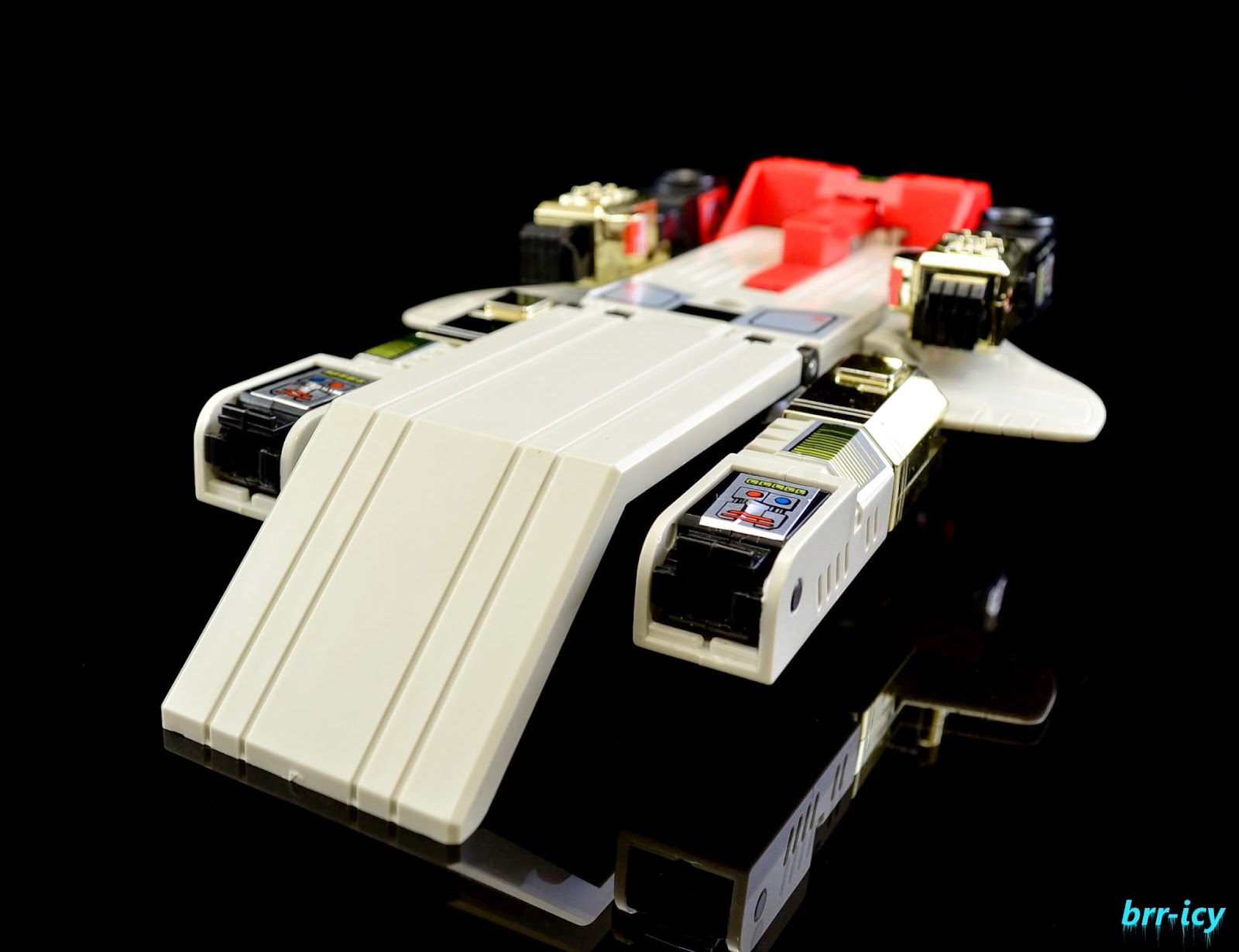 He has a decent bot mode. The gold chrome really makes his colours pop. Unfortunately he needs an accessory to make his chest more detailed. 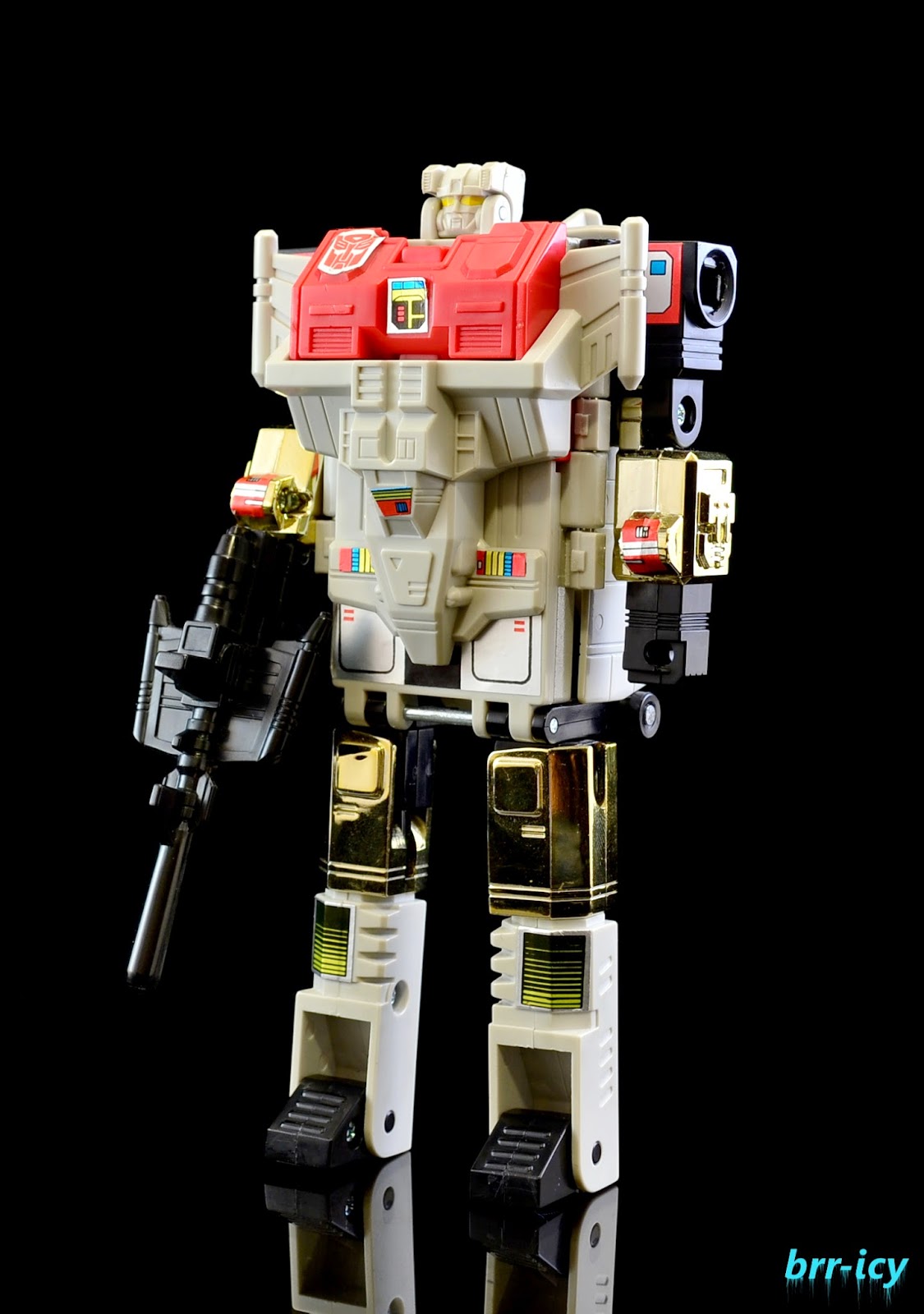 In combined mode, he's gotta be the least proportioned out of them all. very skinny and long legs throw it off. I'm glad I have this one as the legs actually lock standing straight. 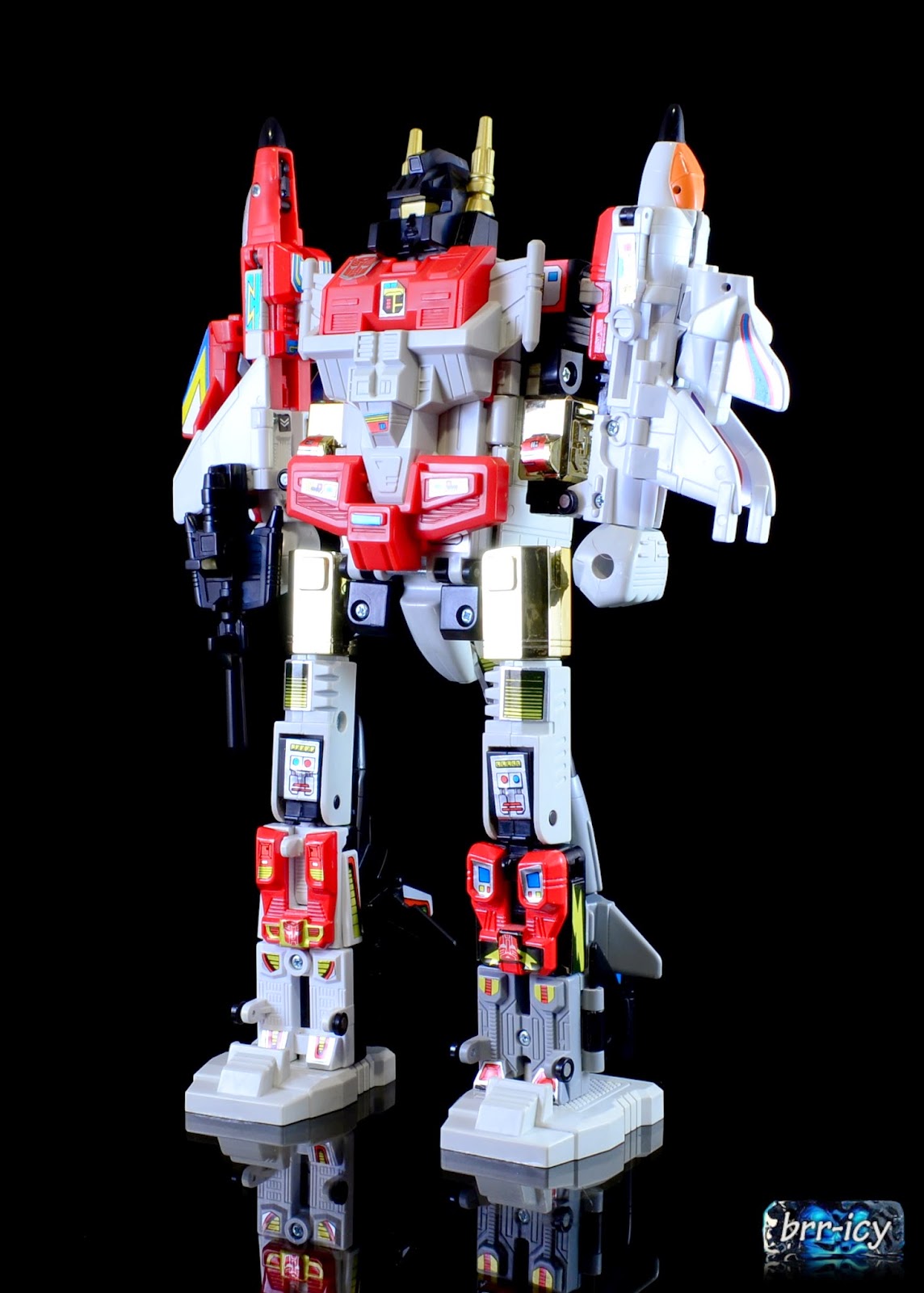 All in all, not too bad, just looks better displayed with the legs hidden from view.
Posted by Brr-icy at 10:43