Continuing on with the Masterforce kick from yesterday, is two of my favorite G1 figures, redecoed from Dreadwind and Darkwing, Buster and Hydra. They are Mega and Giga's right hand men, extremely powerful, and very proud warriors.

his transformation is kinda neat, involving the Godmaster unlocking the nosecone, and the torso turns, revealing his head. Found this figure in a lot on Facebook, was in pretty rough shape, the Godmaster had a broken arm, the labels were shot, broken head mechanism, and no guns. Luckily none of the parts that were broken or missing were a different colour than Darkwing, so I spent some time and effort restoring him. the end result, paid under $100 for a mint complete Hydra. Compared to Darkwing, he has a much more contrasting Colourscheme, the red instead of teal works for him. I'm a sucker for purple and teal Decepticons though.

the Godmaster engines get two distinct differences being the main backplate is red with the now chrome engine block.

Now on to Buster. Buster was a DJ before Hydra and himself were recruited by the Destrons. He's kind of the strong, silent type. This is the second figure in the first lot I got from Dew, he's MIB, and was in pristine shape, slight chrome wear to the engine, but the labels are untouched. Compared with Dreadwind, the red really changes the look of the jet mode, more so than Hydra.

The Godmaster has the same deco changes as Hydra's.

The pair of Godmaster engines really make the US versions look plain without the chrome, I really like how they set the Destron Godmasters apart with the animal theme, these guys with the heads, and Doubledealer/Clouder with the bat body Finally, Hydra and Buster can combine with the Wingcross attack into Darkwings. I had gotten Darkwing and Dreadwind second hand as a kid, and figured it out on my own that they could do it, i remember how excited i was. There is actually quite a few steps to make them combine, and they are solid. Overall, I'm very happy i picked these guys up, either set of them is well worth the money and I highly recommend checking them out if you're a G1 fan. 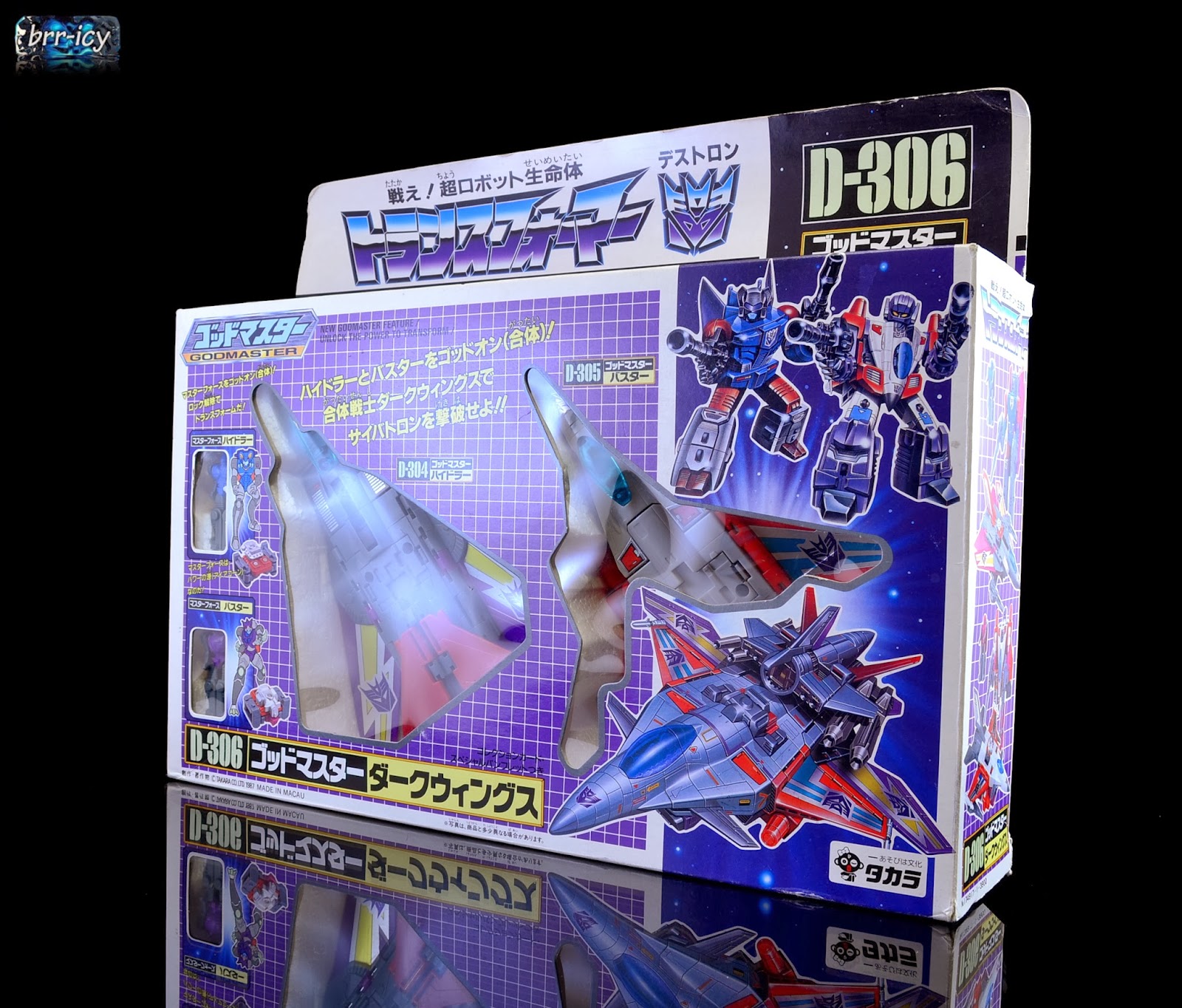