Figured I would do a couple posts of what my collection looks like. My main collection is G1 and MP, both of which are in my G1 room. My small G2 collection is in there too. The other room contains my Alternators, Animated, Classics, and random collections.

Starting with the G1 room. The left side when entering the room is all Autobots, the right, Decepticons, the only part that goes against this is the Micromasters. I'll go in a circle around the room.

Flanking the doors I have two billy bookcases, which contains mostly 1984 and 1985 figures. The lower shelves have some of the later subgroups and my fledgling G1 Euro collection. My cassette collections each take up their own shelf in each case.

The Autobot side has four Detolfs, the first being the MP shelf. Then the Masterforce, Victory and Pretenders. Third has Headmasters, and the fourth is combiners, 1986 movie, and bigger figures. Galaxy Shuttle is in the gap between Hardhead and Brainstorm now

The centerpiece of the room is my Micromaster collection. It has every Micromaster from US and Japan in some form in it. The only pieces I'm technically missing are the original Six teams, I have the reissues in there though, and one of the five coming soon.

On the Decepticon side, The first shelf houses my Victory, combiners, Targetmasters, and some of the Pretenders. Second shelf has big figures, Headmasters, and G2. Third one houses my Power/Godmasters, Trypticon, 1986 Movie and Masterforce Pretenders.

The second room. I am currently looking for new shelving for this room. Anyways, going counterclockwise from the door, starts with my Decepticon Classics. Classics Autobots fill the opposite wall as the Cons. Both factions have some of my customs sprinkled throughout them. Lastly, My Alternators and random shelves, not enough of the randoms for me to consider them a collection. 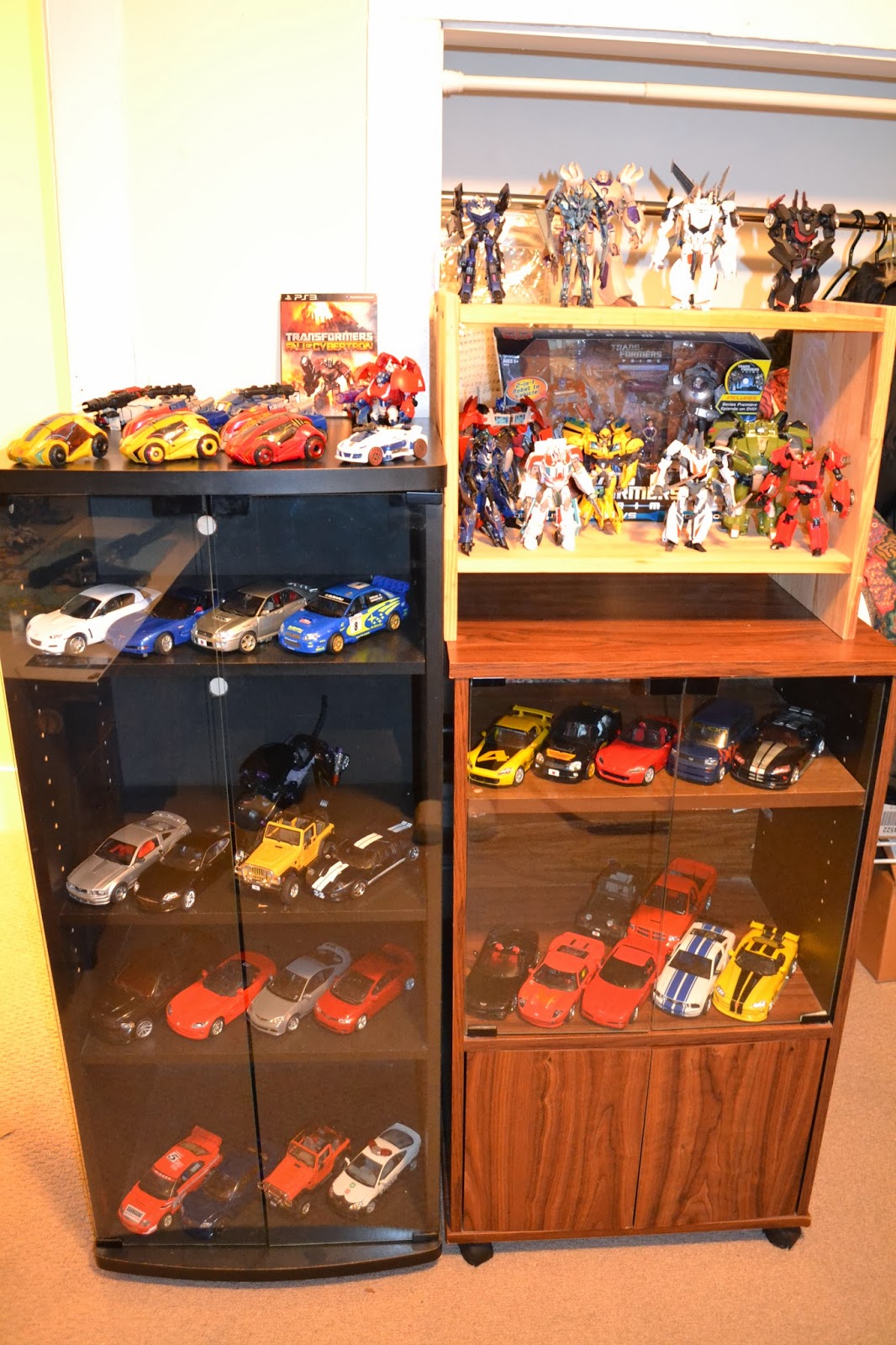 The pictures are mostly recent. There are a couple bots like Galaxy Shuttle missing from them though.
Posted by Brr-icy at 11:05