In case you haven't noticed, I love Micromasters. Getting offered Sky Hyper was a huge surprise. I had seen a couple pictures from the old Cobraislandtoys.com site, and a friend had shown me his when he got it. I fell in love with the colours and searched for a while before I sold my original G1 collection.


Sky Hyper and Landshaker are redecos of Sky Hopper and Groundshaker respectively, with new Micromaster partners (redecos of the Race Car Patrol instead of the Air Strike Patrol like their US counterparts) 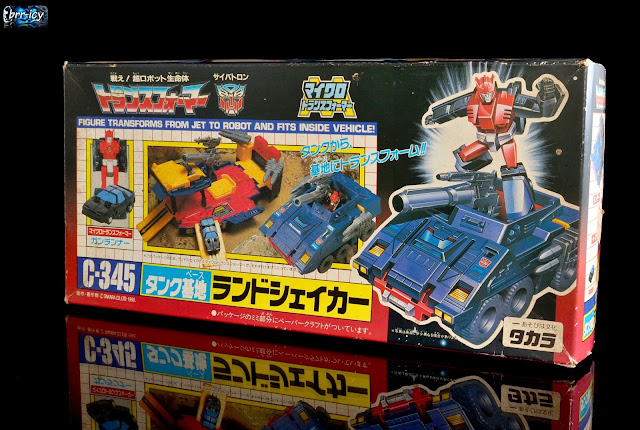 We'll start with Landshaker, the main base is the same colour as the US release, with the only difference being the labels (which Reprolabels makes btw). The box is pretty nice with both the artwork and actual toy on it.
Landshaker's alt mode is a heavily armed six wheeled APC. The main cannon can go up and down. and it rolls. 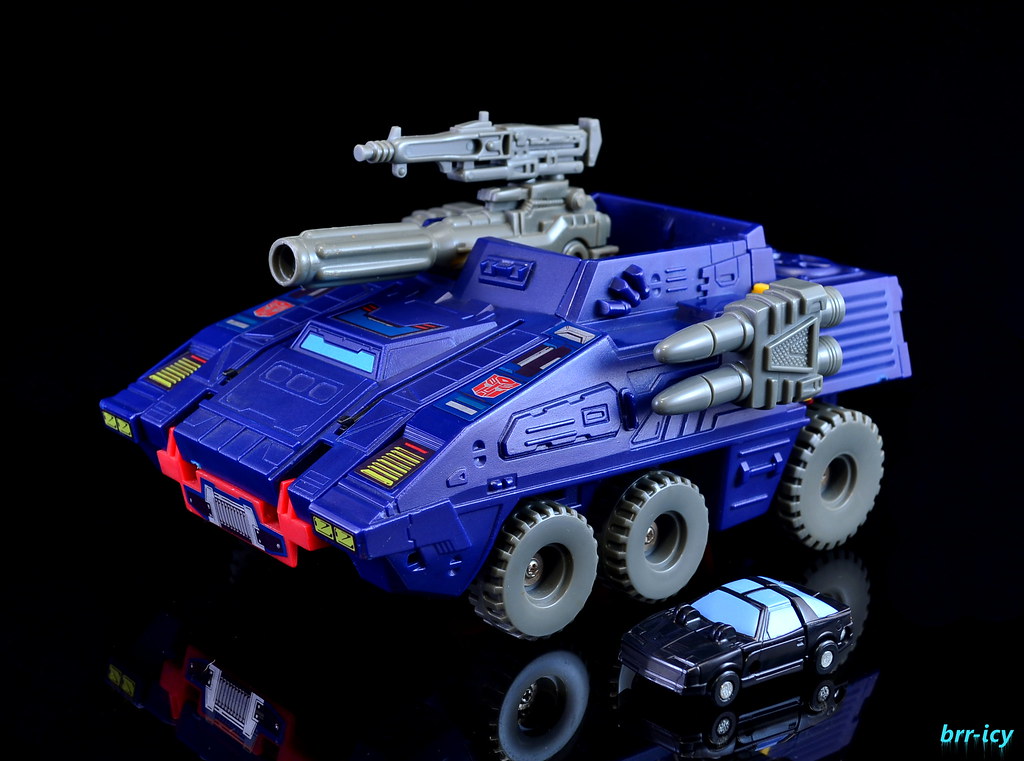 The base mode is much more interesting, with a bunch more colour, and having more play factor with the helipad at the front and computer center at the back. 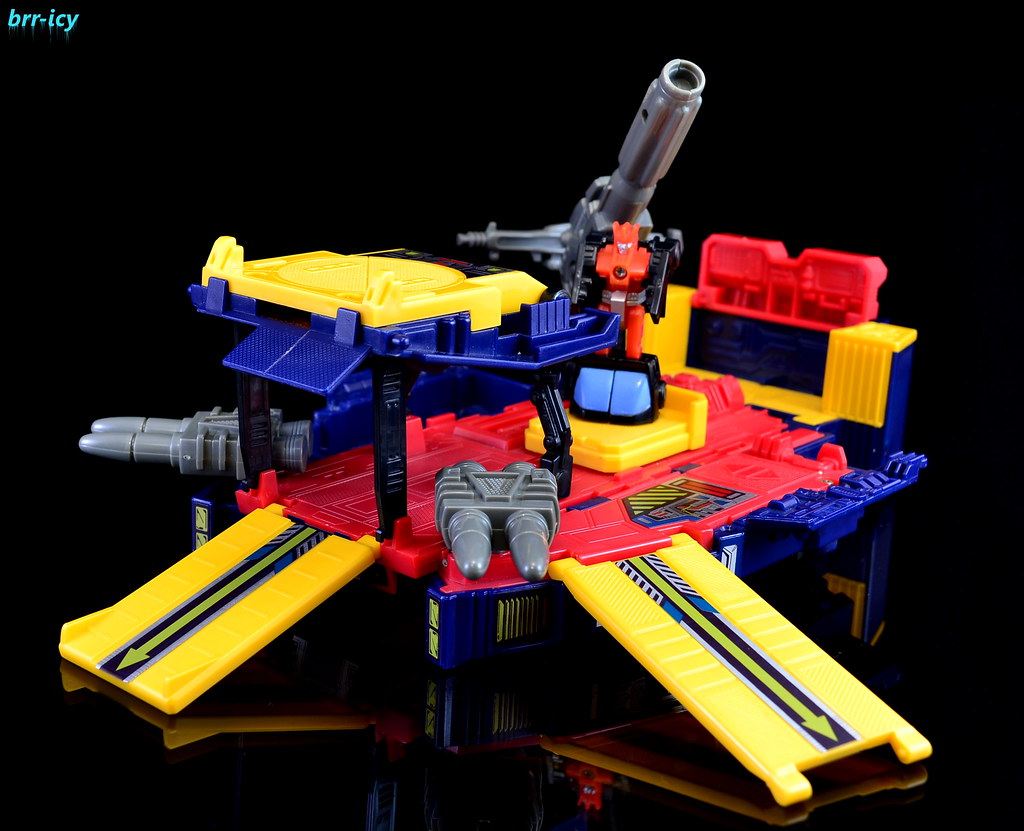 Compared to Groundshaker's alt mode, the Zone labels are much more striking and detailed, leaving the US version looking pretty plain in that mode

In base mode, the same rings true, giving the ramps and the base more detail

Landshaker's Micromaster is Gunrunner, a black and red repaint of Roadhandler from the Race Car Patrol 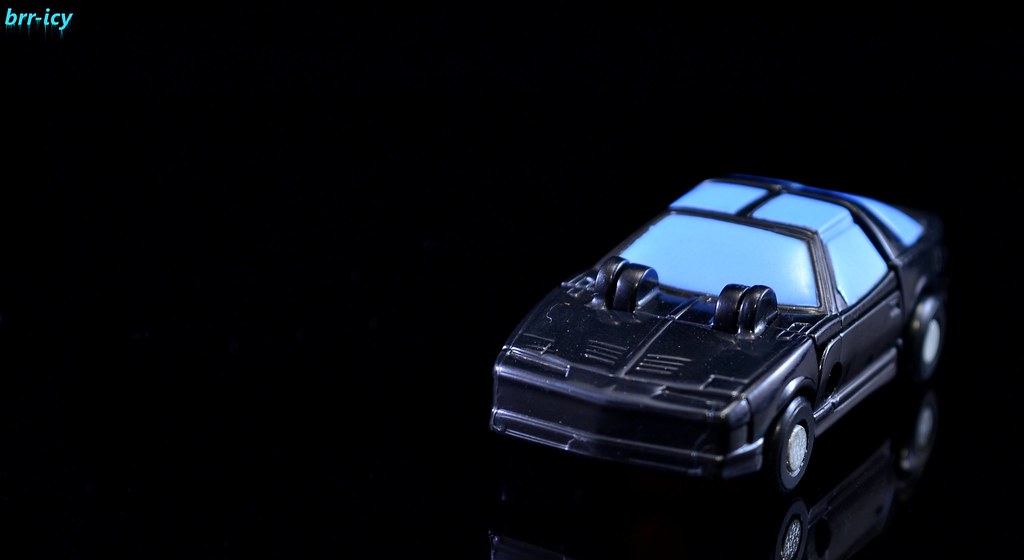 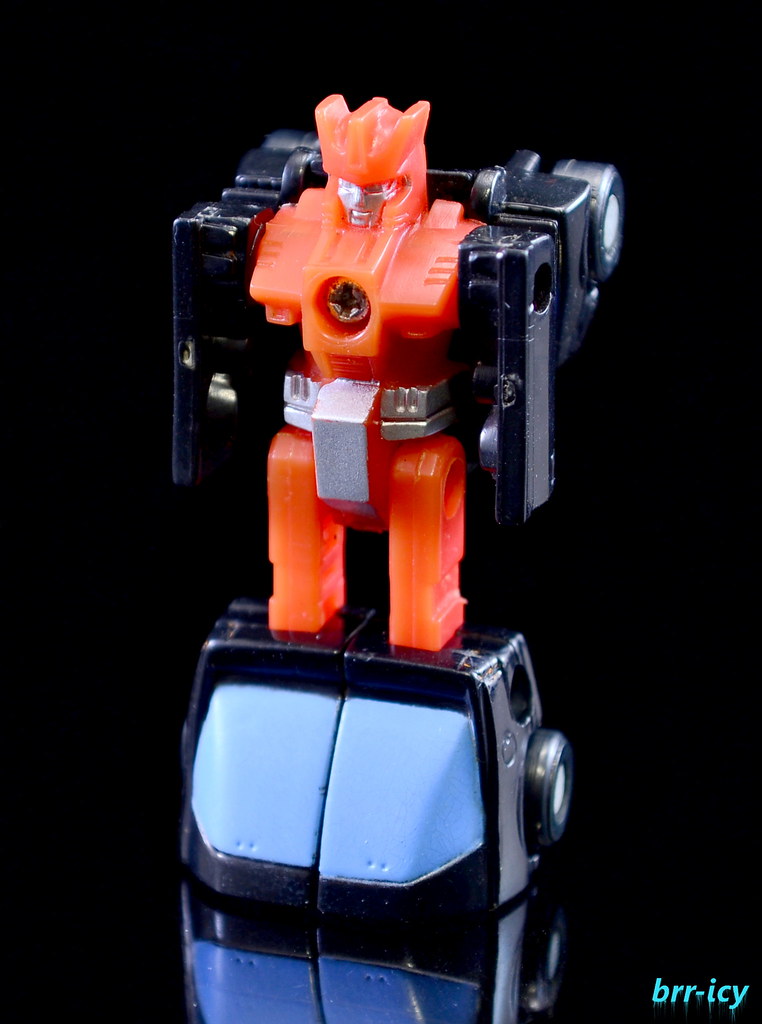 A couple shots with Roadhandler

Second we have Sky Hyper, this is a more comprehensive redeco of the Decepticon Sky Hopper. Along with the faction switch and new Micromaster, he gets a great colourscheme.
Alt mode is a helicopter, complete with spinning rotors and a bunch of weaponry 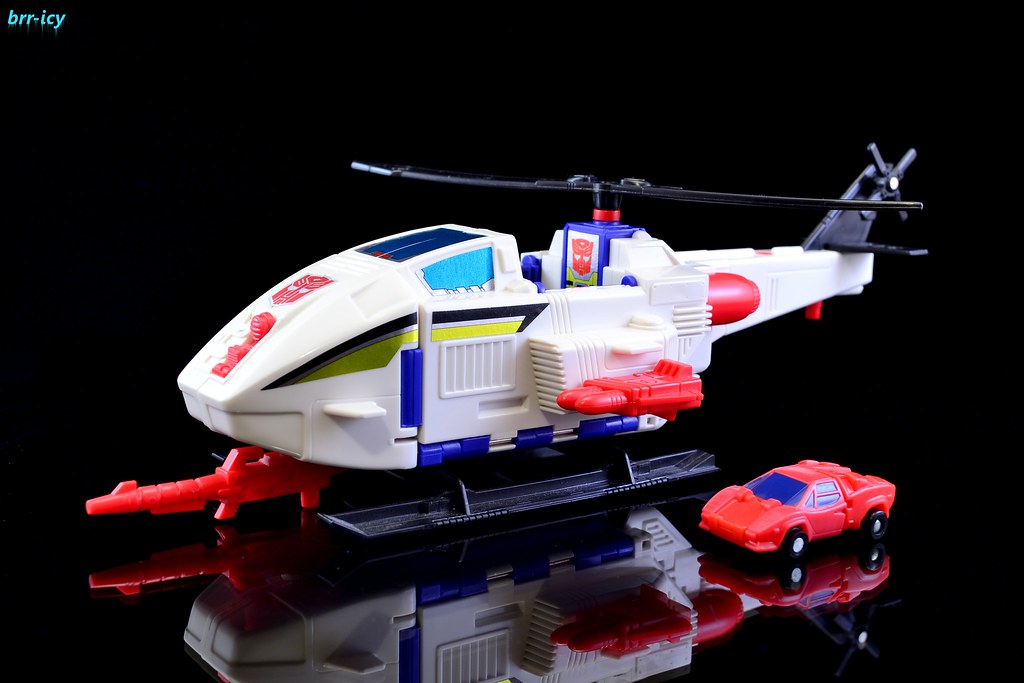 Base mode's basically a Radar station with a couple computers. Swapping out the "end" ramps can add connectivity to three bases at once. 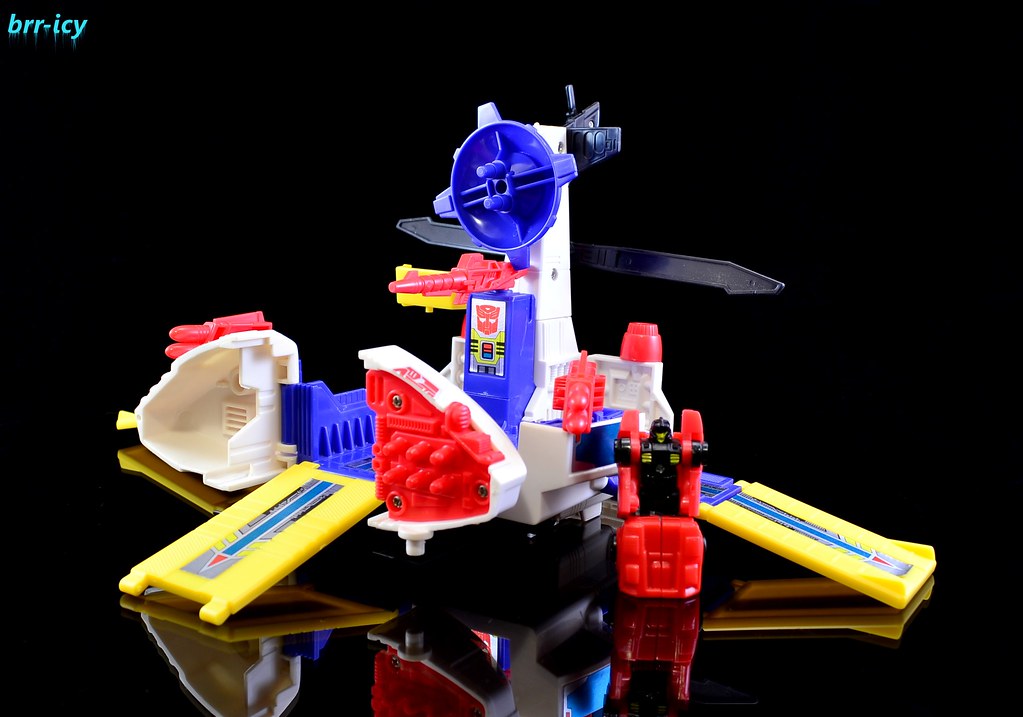 Compared with Sky Hopper's drab coloursheme, he really stands out. I think both have their pluses, and I'm glad i have them both.

His Micromaster is Deadwheeler, a redeco of Freewheeler. They could almost be the twins in Micro form if the bot mode matched a little better.

If you like Micromasters, these two are definitely worth tracking down if you can get them for a good price. 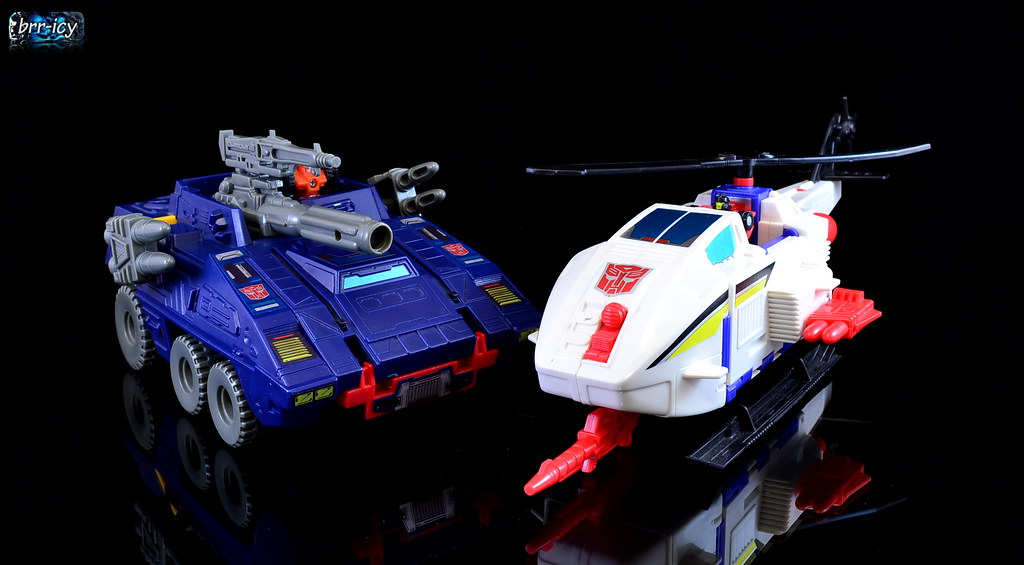 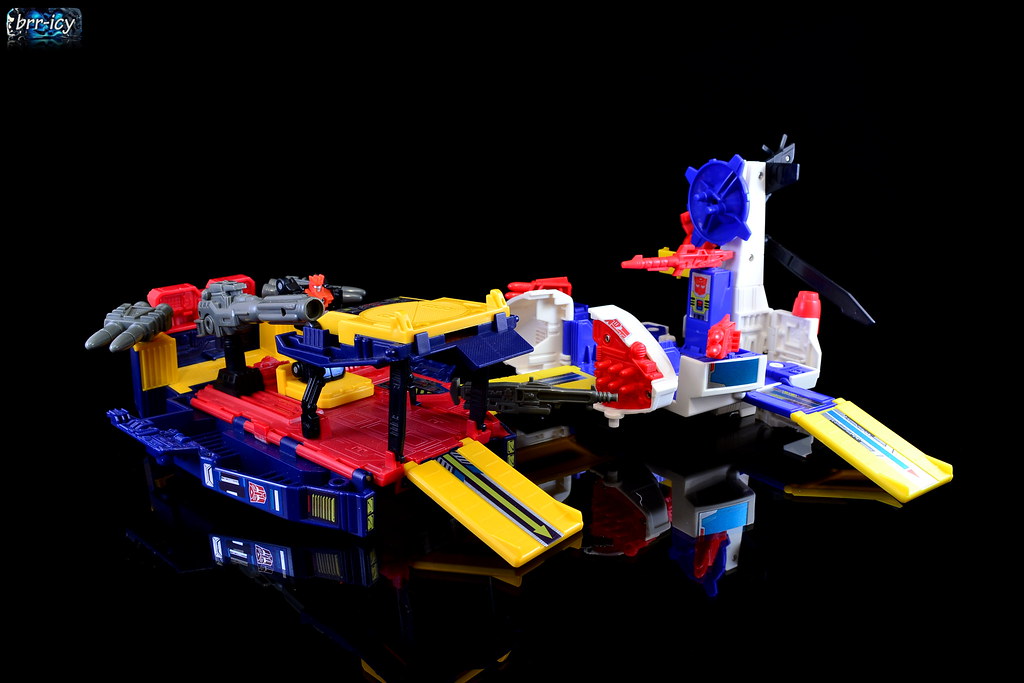 Boxed Pic. Love the boxart and that they showed the actual toy on it as well. He's not the easiest to get a hold of, but it's a good set once you do. 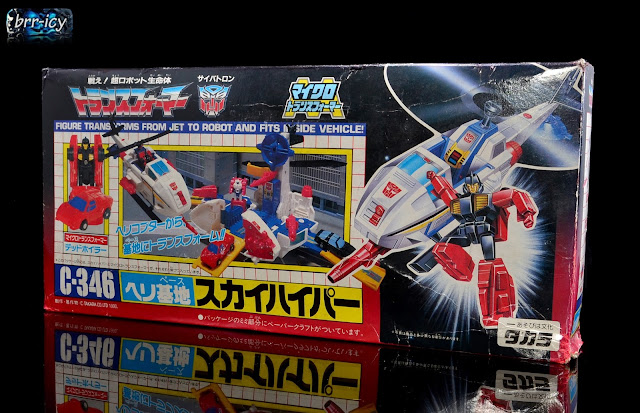