Since this is my first blog post I'll start with one of my all-time favorite figures, Masterforce Overlord. The figure comes with two Godmasters (Powermasters) Giga and Mega, they are the leaders of the Destron (Decepticon) army in Masterforce under Devil Z. When I first started re-collecting G1, a very good friend of mine mentioned he had a spare of Overlord, and that he'd been saving it for when I started collecting G1 again. On the promise I would never sell it, he sold it to me for an amazing price. It was missing a couple missiles, but otherwise complete. (I've since procured the missing missiles thanks to another friend) Each of them Pilots half of Overlord, Giga drives the Gigatank and Mega, the Megajet, the figures can both go in the cockpits of their respective vehicles. The Megajet has retractable Landing gear, and the Gigatank's Turret moves up and down the vehicles also "combine" this was another of the Japanese animator's made up creations for the show, they called it the Spacejet the figure also features a base mode, it's not the most solid base because of how the ramps attach, but once set up, it takes quite a bump to knock it apart. has some pop out guns and a repair arm. Also there's a little car that comes with it that you can put one of the Godmasters in in engine mode.

And finally, the robot mode, he's pretty impressive, both in size and the colours just flow together really nicely. he has shoulder, hip and neck articulation. The Godmasters can be inserted in the chest of the figure to activate hidden weapons. You'll see them closed in the size comparison picture later. Here's a couple pics of the box, some nice boxart and pics of the toy, mine's not in the best shape as far as boxes go, but i'm more worried about the figure than the boxes lol 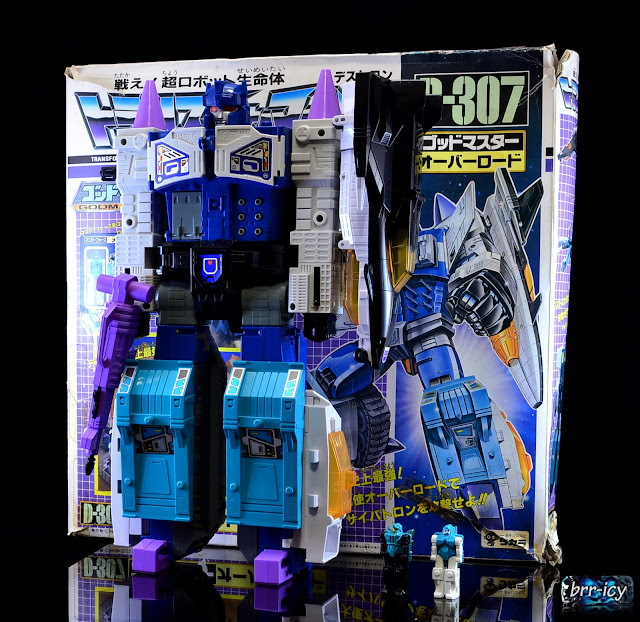 Here's a size comparison in a detolf shelf, he's pretty big, a bit taller that G1 Scorponok. I'd put him close to Supreme class, like about the size of Primus 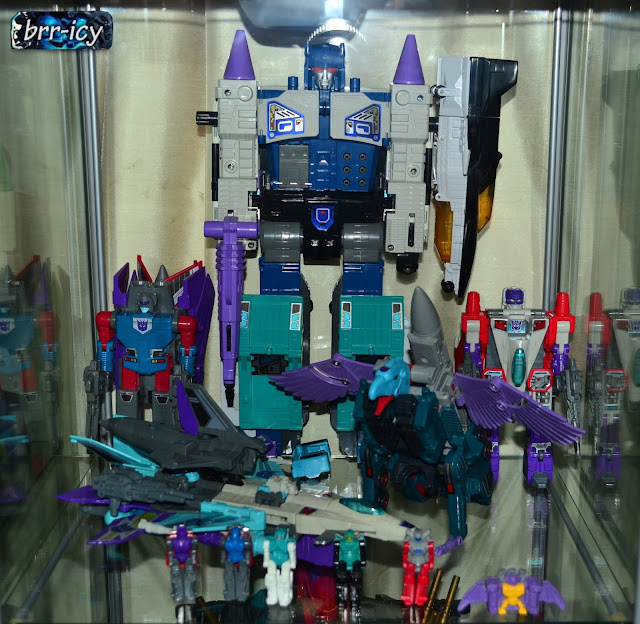