Just received a replacement for this guy in the mail. My first one had yellowing but it was whitened as soon as the warm weather returned. He was truly the last Micromaster base I needed to be complete on that end. I'm not sure if he will stay where I displayed him or not, debating on at least getting a spare body to go in the Micromaster display, we'll see. I ended up selling that one on, this is a nice minty white one I picked up. 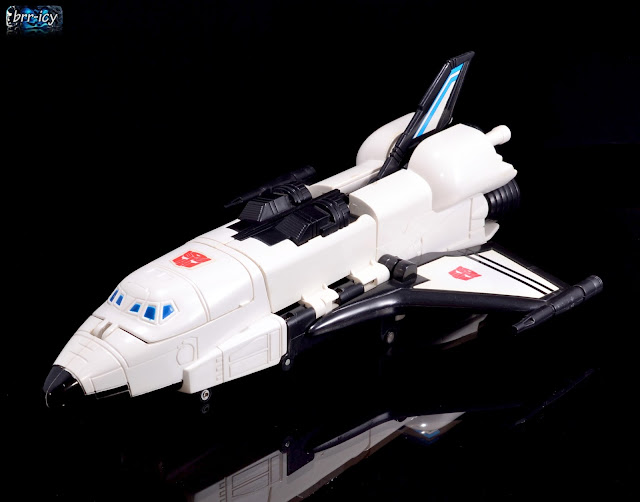 Shuttle mode is pretty accurate, just the extra thrusters on the top and the wing guns. Mine is lacking in the sticker department, but we'll see if that can be remedied later. There's a working landing gear on the front of the ship plus wheels on where his hips will be in bot mode.

The cockpit can open and house just about any Micromaster. I've shown him with Countdown since he's one of the larger and more awkward Micros. The top can close with extra space with him in it. 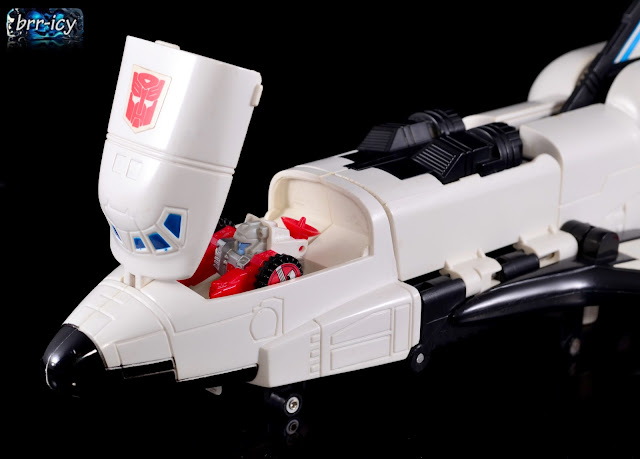 His cargo bay can also fit almost any Micromaster, he might have trouble with some of the combiner halves. I used Stakeout (or Holi as he was called in Victory) since he fits nicely in there, Countdown can fit in there if you squeeze him in. 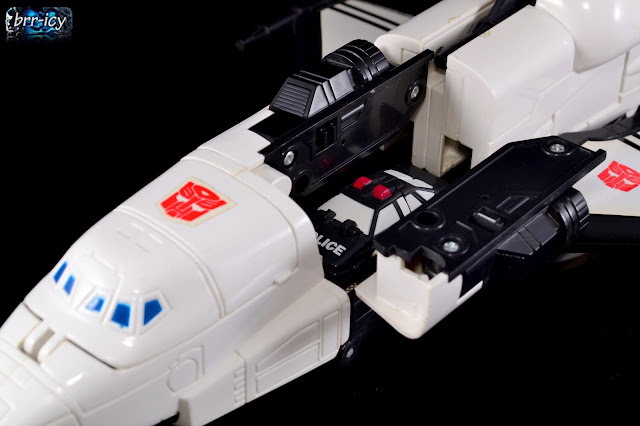 He also can dock with Countdown's base mode. It's not as fluid a docking as I was lead to believe, but it works if you leave off the red and black double turret and turn the catwalk upside down. It's truly an impressive sight seeing them connected like that though. 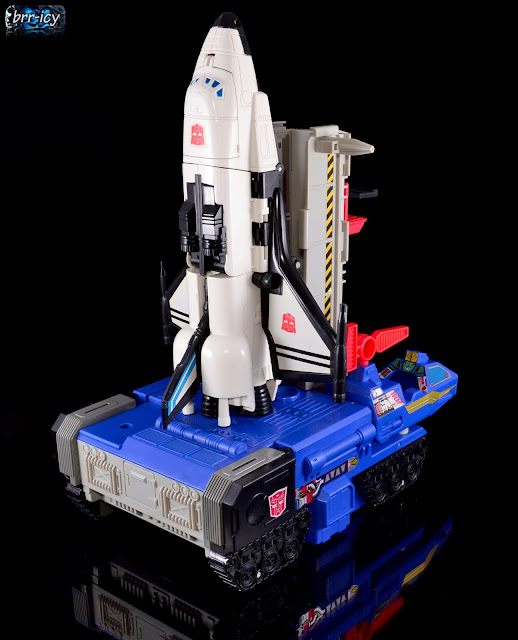 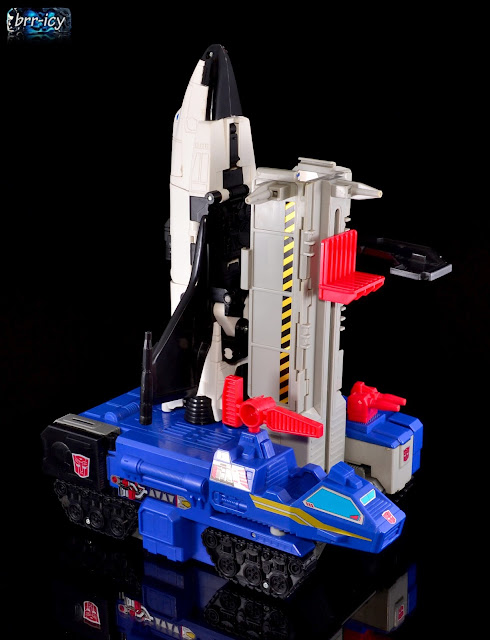 The docking is achieved with the circles for the rocket thrusters fitting snugly into the thrusters on Galaxy Shuttle, it's solid as a rock. 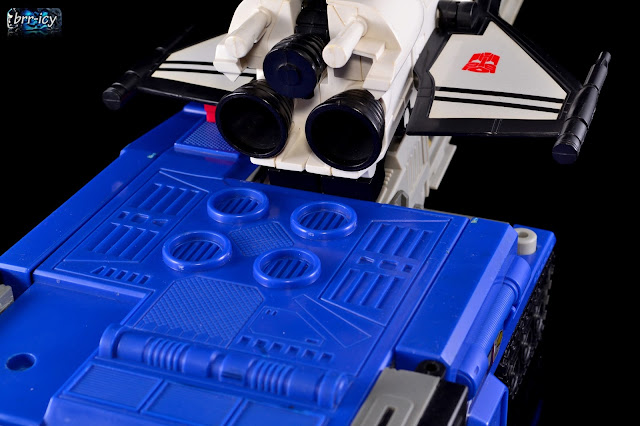 There was another accessory that was supposed to come with him, the Micro TF Launcher that would have pegged into his feet and made a central part of the base mode, bringing it all together. It is still a serviceable base, but it could be better. I would love to get my hands on it sometime in the future. 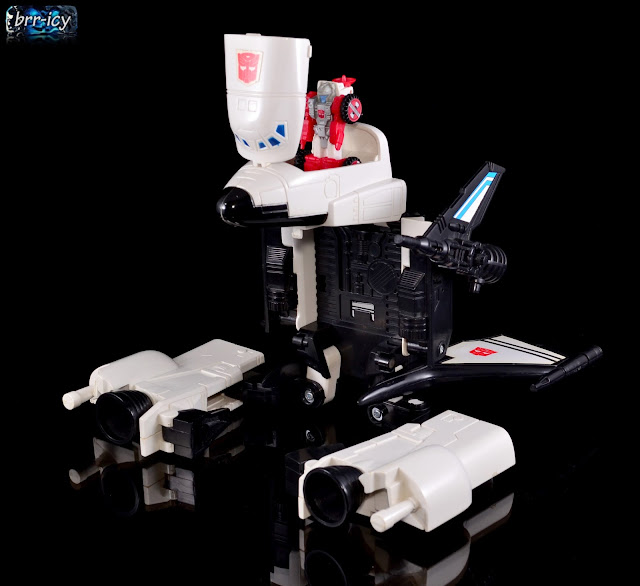 In bot mode, he's fairly large, roughly about the old Ultra size. I love his headsculpt. He has some hip and elbow articulation. In Victory and Zone, Galaxy Shuttle was basically just a shuttle. He transformed like twice in Victory. You would think a Transformer of his size would have been a great addition to the team. The Micro TF launcher would have pegged in somewhere on the side of his arm, I would assume into those holes near the top. 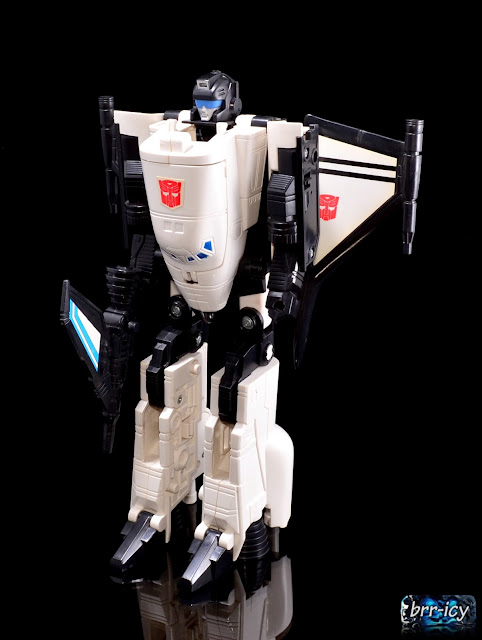 In the Generations book, he was shown with a Micromaster resembling Sonic from Sonic Bomber in these colours, Excuse the rough photoshop and old pic. I think I might get my hands on a rough yellowed Sonic and paint him up to match, but only if I can get the launcher. 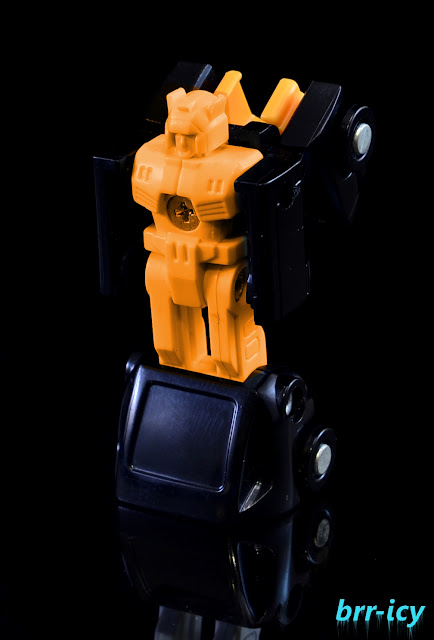 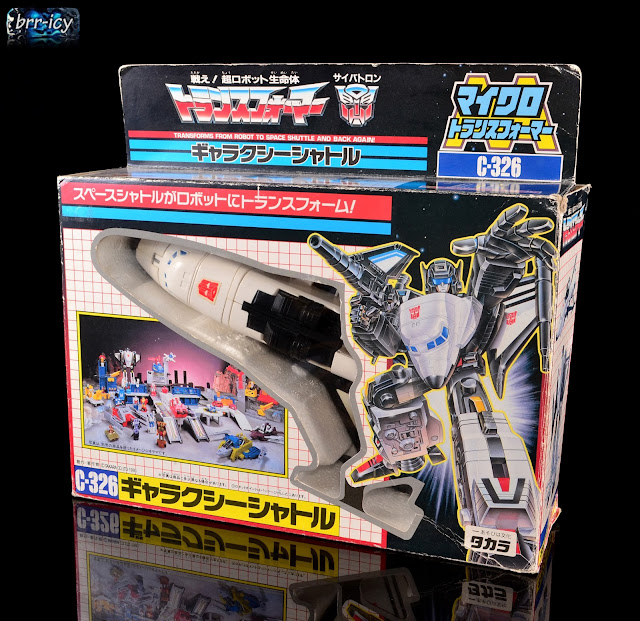 I picked up his Zone box, he came in three different boxes, Victory, Zone and GIG. I really like Micromasters, so the Zone one was the one I was after.

I put him in my top Victory shelf, with Greatshot, Landcross, and the Rescue Patrol Team. This is his permanent home, I still might get another one for the Micromaster case. 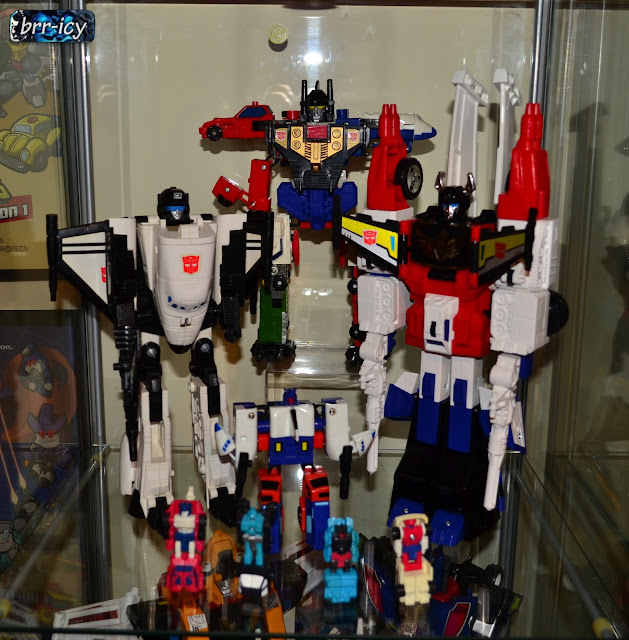 The shelf directly below them with the rest of the Victory Autobots on it. Hope you enjoyed this little update to an old review of mine. Once the box arrives for him, I'll update it here as well