Something Domestic: Seekers and Coneheads.

These guys were fun to track down, the friend that sold me Overlord, had a bunch of seeker parts. He told me to grab parts for each out of the bag, and he'd charge $20. So, out of the bags, I got a complete Dirge, mostly complete Starscream and Thundercracker, and I'd say about half of a Skywarp. Starscream and Thundercracker were completed for under $20 each, and Skywarp was $45. Well worth the original investment. Ramjet and Thrust were $30 and $45 respectively. The only seeker I had as a kid was Ramjet. the rest were just the bodies, or I never had them at all. I had a very fun time collecting US G1, seeing how cheaply I could get the figures. I didn't restart collecting G1 until TFcon 2011, I did have a few of my favorites still from the first time though.

Disclaimer: Some of the parts won't match, I wasn't too particular about it when I got the parts. I may eventually swap them out, but only after I get the rest of G1 finished.

Starscream. Being one of the main G1 characters, his figure is pretty easy to find, but a little more pricey than the others. (not by much) 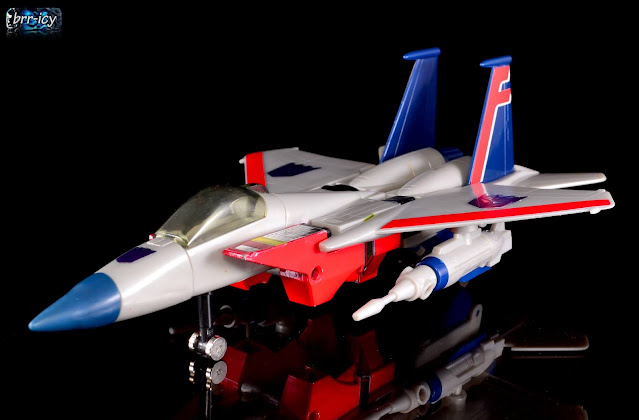 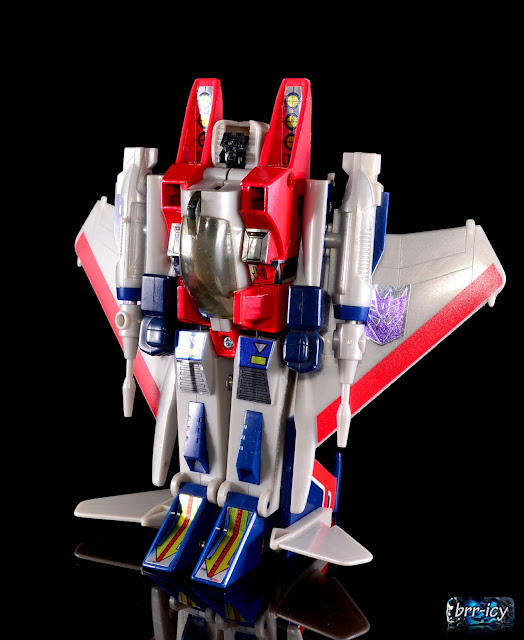 Thundercracker is probably my favorite colourscheme of the three main seekers. 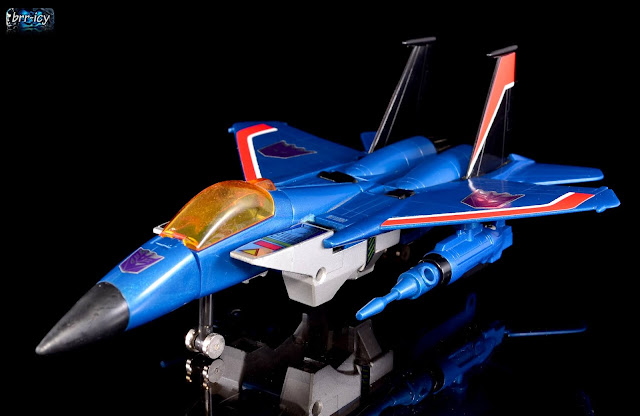 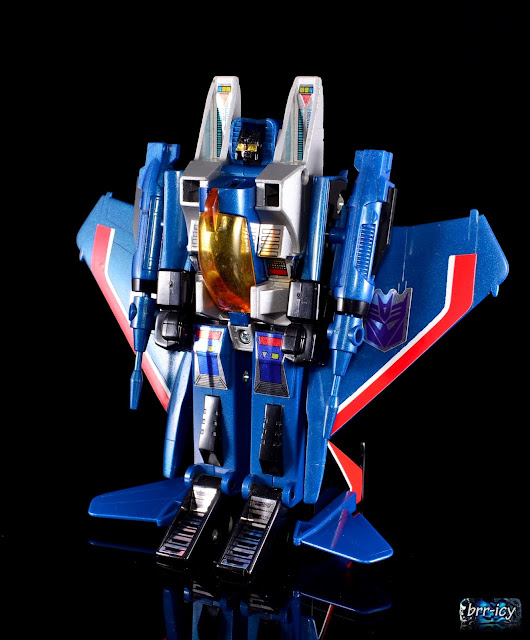 Although Skywarp's Black and Purple is very nice as well. I would eventually love to get a purple nosecone version, but I have a feeling it might be more than I want to spend on him. 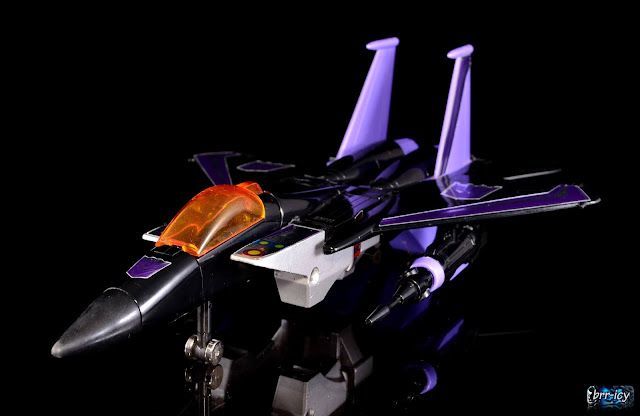 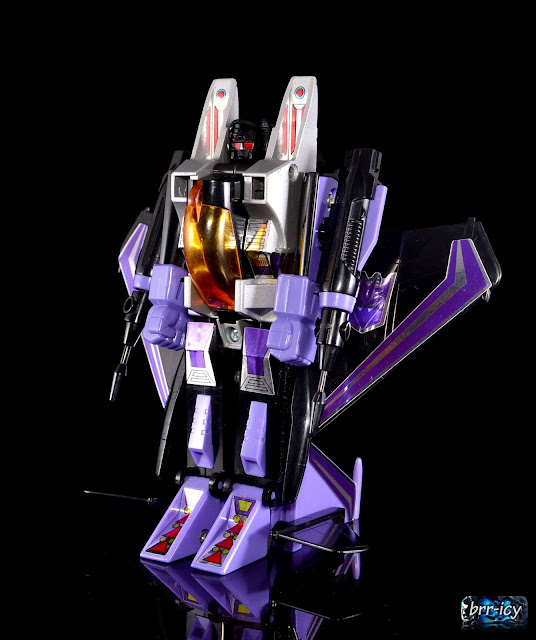 Now onto the "coneheads" I don't tend to keep them pointing up as the cones are huge, if they were more proportionate to the show, I wouldn't mind. As it stands, no.

Ramjet's colourscheme is stunning with the contrasting red, black, and white. I love that they added different weapons for him and Dirge 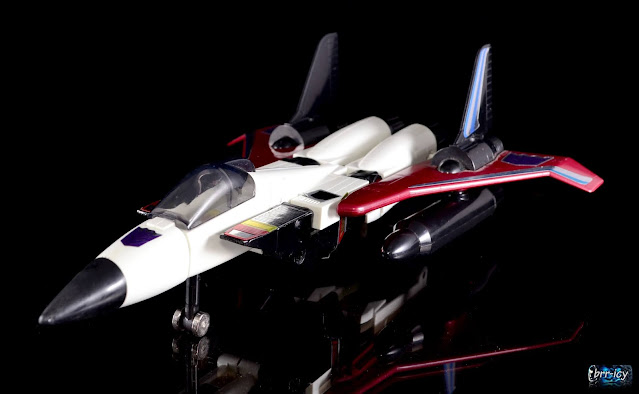 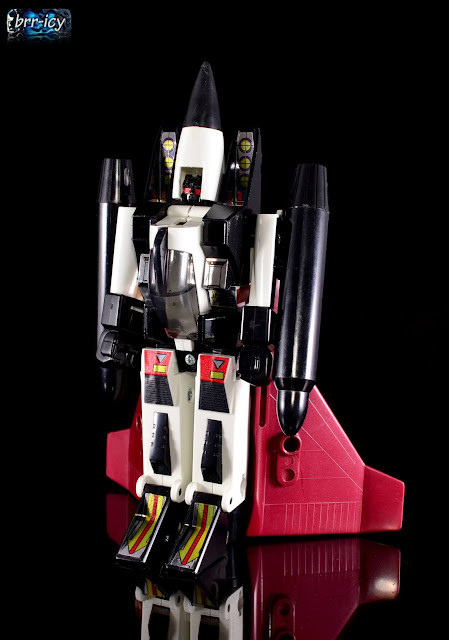 Dirge, I have a hard time understanding why he's not liked a lot more, from his regal colours, to his reverse wing configuration. Finally, we have Thrust. He is my favorite of the coneheads with his great colours and the VTOL wings. 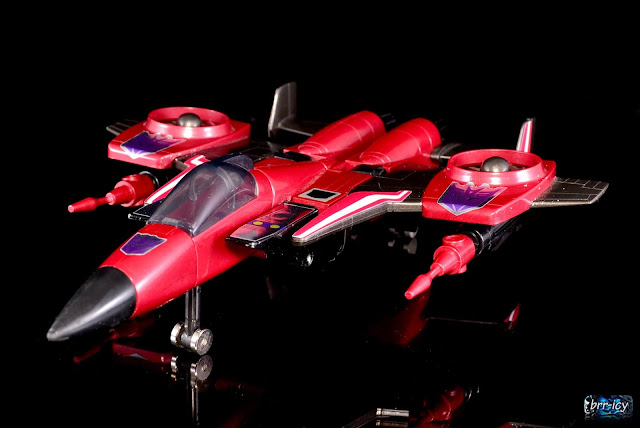 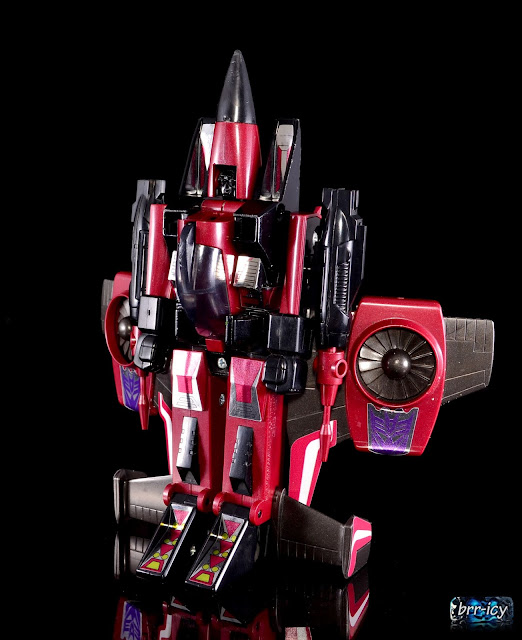 As a team, they make an excellent squadron 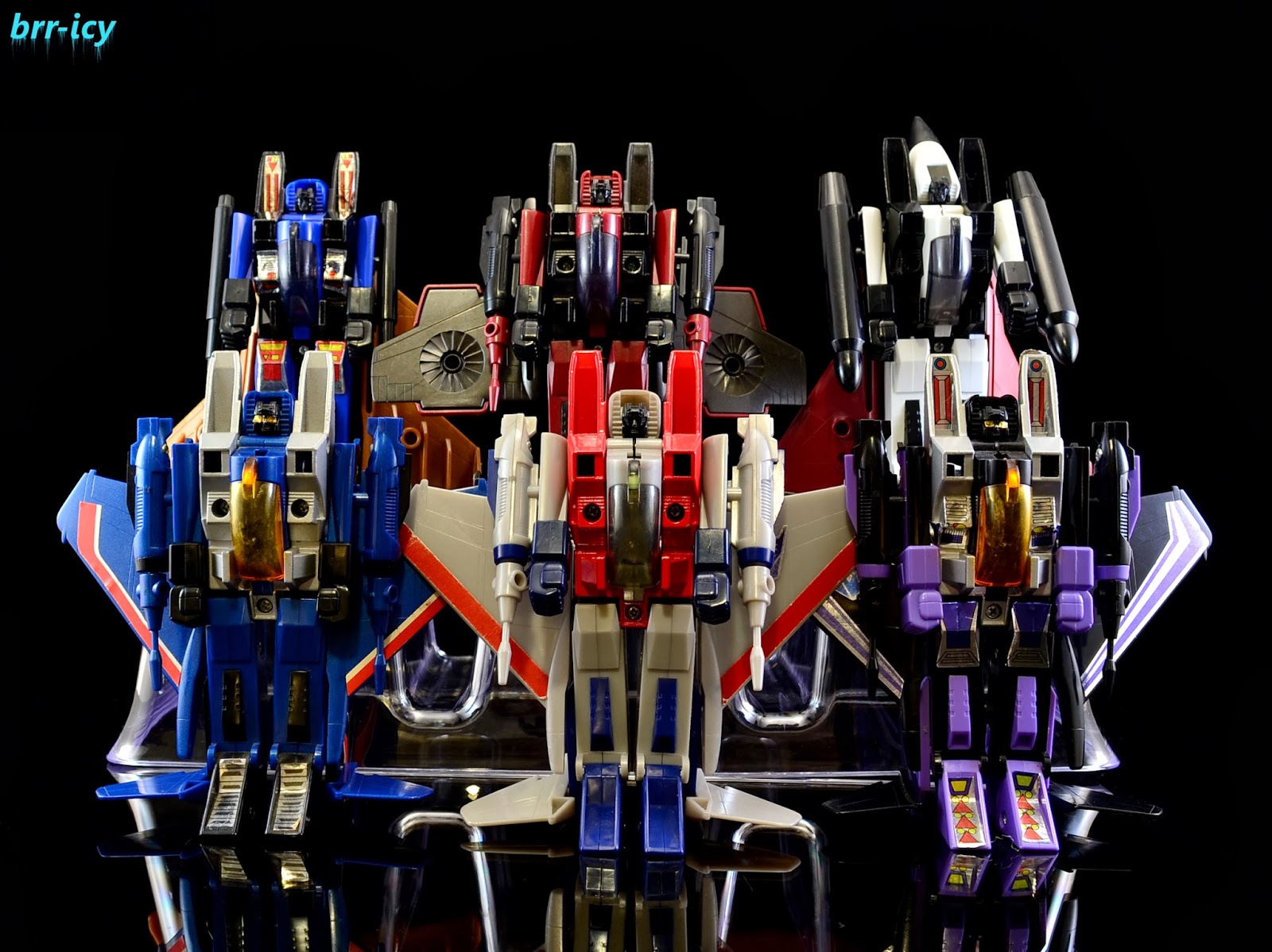 All in all, the Decepticon Seekers are a must have for any G1 collector, in whatever format you collect the G1 characters, whether it be Masterpiece, Classics, or G1 itself.